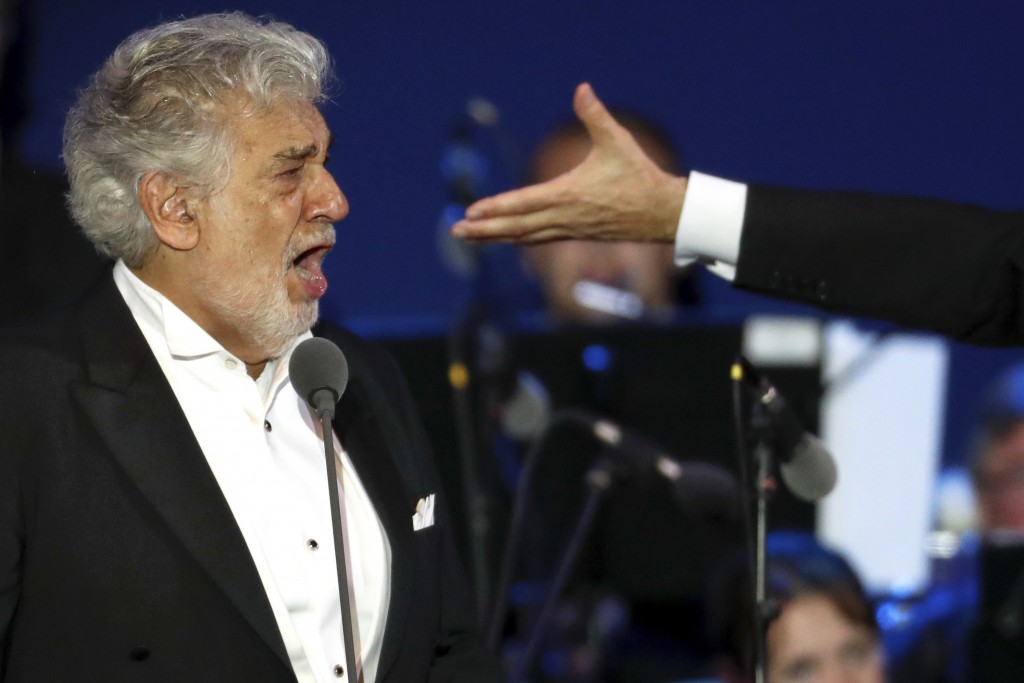 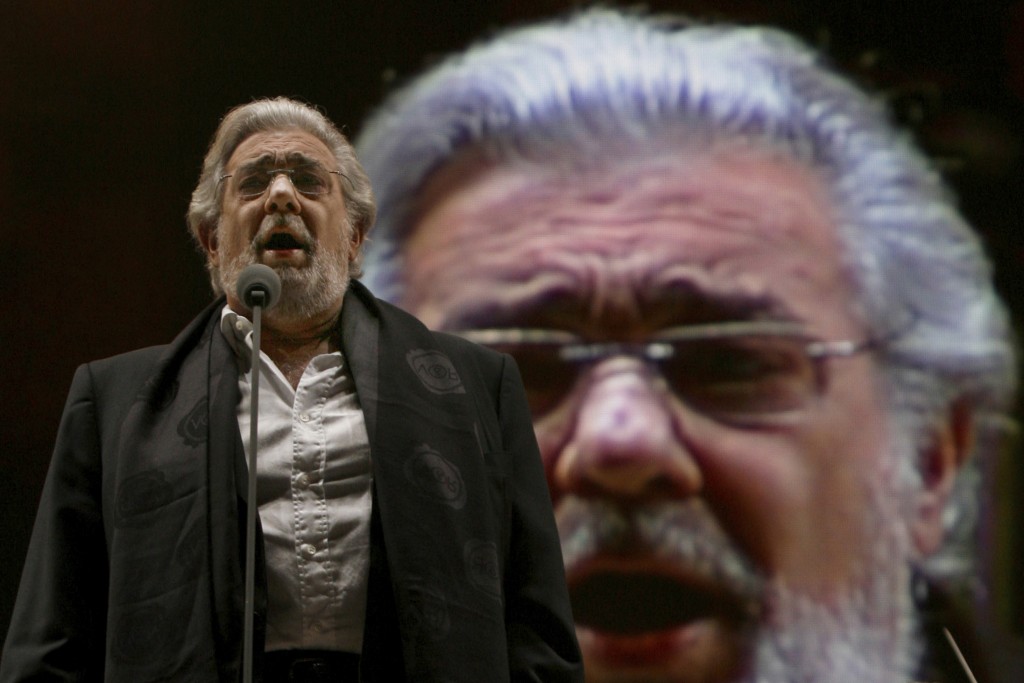 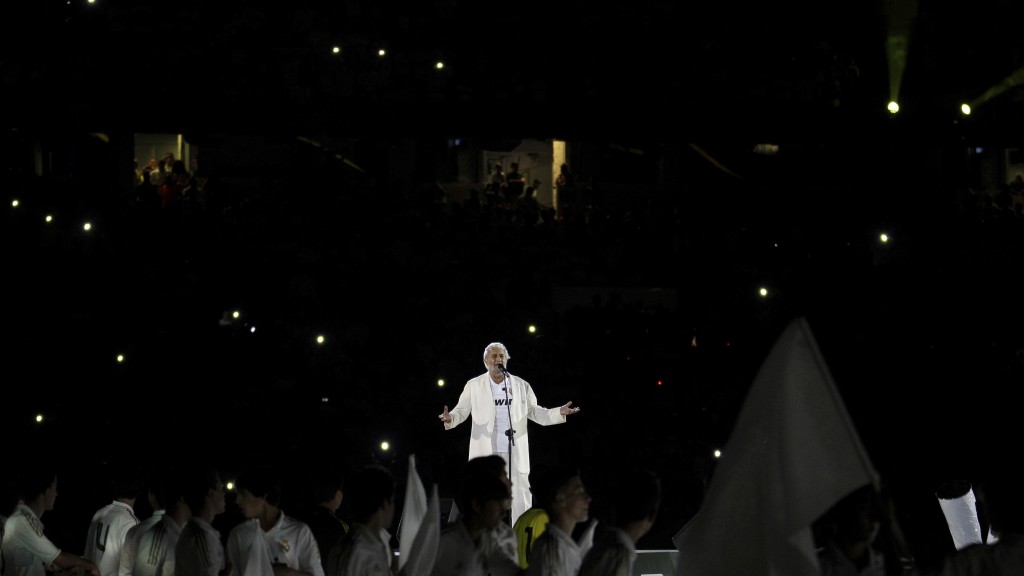 SAN FRANCISCO (AP) — It was a tumultuous year in the opera world, a year in which sexual harassment allegations against superstar Placido Domingo prompted his disappearance from American stages and sparked deep soul-searching.

Opera performers are applauding new official efforts to create a workplace free of sexual misconduct, but say many in the industry remain fearful of speaking up about predators, particularly those in positions of power.

“The problem is so much bigger than Placido Domingo. It's the whole environment," said American soprano Lauren Flanigan, adding that in her decades-long career “almost every rehearsal I was ever in was sexualized — literally every rehearsal.”

Two investigations into Domingo's behavior were opened after Associated Press stories in which more than 20 women said the legendary tenor had pressured them into sexual relationships, behaved inappropriately and sometimes professionally punished those who rebuffed him. Dozens of others told the AP that they had witnessed his behavior.

One of the ongoing investigations is at Los Angeles Opera, where Domingo was general director since 2003. He resigned from the company in October, saying the allegations had "compromised" his ability to continue.

The other is being led by the American Guild of Musical Artists, the union representing many opera house employees, which says it didn't trust the industry to police itself.

Executive director Len Egert emphasized that the union also is looking into the wider problem of misconduct across the industry and the fear of retaliation by people in power.

"I don't think you could find one singer in this business who has not been the victim of harassment, bullying or abuse of some kind, and I'm no exception," said bass-baritone Kyle Albertson, who like many others said he prefers not to name names as a matter of survival.

"It’s almost written in the job description: You will be abused somehow," Albertson said.

"It's now become an option to stand up and say ‘These actions are not OK.’ And that is fantastic," Albertson said.

The Houston Grand Opera, the Lyric Opera of Chicago, the Minnesota Opera and a few other companies have started hiring special consultants known as intimacy directors to help stage sexually charged scenes to ensure there is no inappropriate improvising.

"There's been a huge change in culture, and we're still a long way from being where we need to be," Leech said, comparing the role of an intimacy director to a fight choreographer who makes sure that performers feel safe, comfortable and don't get hurt, physically or emotionally, on stage.

“If you don’t overtly remind yourself that this is our job, it can get very confusing very fast,” intimacy director Doug Scholz-Carlson said.

Flanigan said her worst experience took place on stage when she was playing the female lead during a 1997 performance of “Macbeth” and an understudy added unscripted sexual violence. "He grabbed me by the hair, pulled my neck backward, so I couldn’t get away, then he shoved his face in my face and stuck his tongue in my mouth," she said. Later in the show, she said, "he threw me on the floor and started humping my face — on stage in front of a sold-out theater, while I was supposed to be singing."

In Flanigan’s case, “I was known and believed, so he was fired,” but she said young artists and many others are far less likely to report abuse.

"Typically if you complain, you don't get hired back,” said Flanigan, who now runs a mentoring program for young artists in New York. “The climate has always been ‘don't tell and suck it up and deal with it.’”

The industry remains hamstrung by a lack of leadership on the issue by industry stars, she and other singers said.

While celebrities in Hollywood helped end a culture of silence by showing support for producer Harvey Weinstein's accusers, the opera world’s reaction has been different. Male stars like Andrea Bocelli have spoken up in Domingo’s defense and opera's leading female lights have mostly withheld public comment on both the pervasiveness of the problem and on the high-profile men accused of misconduct, including Domingo and conductors James Levine and Charles Dutoit, all of whom deny any wrongdoing.

“Nobody with greater agency or greater stature is coming forward in a strong way — either to tell their own story or show support," pianist and opera coach Kathleen Kelly said. "Where are the women who are helping to run companies and who are stars? They are not doing a damn thing. And it's incredibly disappointing."

Almost all of the women who came forward about Domingo spoke to the AP on condition of anonymity, citing their fears of the outsize influence that the towering superstar wielded in their industry.

Others spoke of their reluctance to harm an art form they love and seek to protect, especially in the United States where opera companies struggle to reach broader audiences, don't receive government subsidies and must compete for every precious donor dollar.

Many also voiced concerns about losing work, since most opera singers are independent contractors, essentially freelancers, with little job security.

"Singers are told from the beginning: 'If you want to work, don't rock the boat.' And, that the word of maestro is the word of God," opera stage manager Aria Umezawa said.

Since the Domingo allegations publicly surfaced, San Francisco Opera, LA Opera and a few other companies have held "bystander Intervention" training designed by Umezawa, who is trying to bring a see-something, say-something culture to the industry.

For years, Umezawa said, women have quietly talked about feeling unsafe in dressing rooms, at cast parties and rehearsals.

"There is still a lot of fear — and a lot of guilt,” she said, both among victims and bystanders. “People are grieving that they stood by and did nothing. They saw what was happening and felt powerless. They didn’t realize how terrible it was."

Kelly describes the industry as undergoing growing pains after a year of seismic revelations that forced once-hushed conversations out into the public.

“We’re in an uncomfortable place right now,” she said. “But to see workplace culture changing so quickly is really hopeful.”