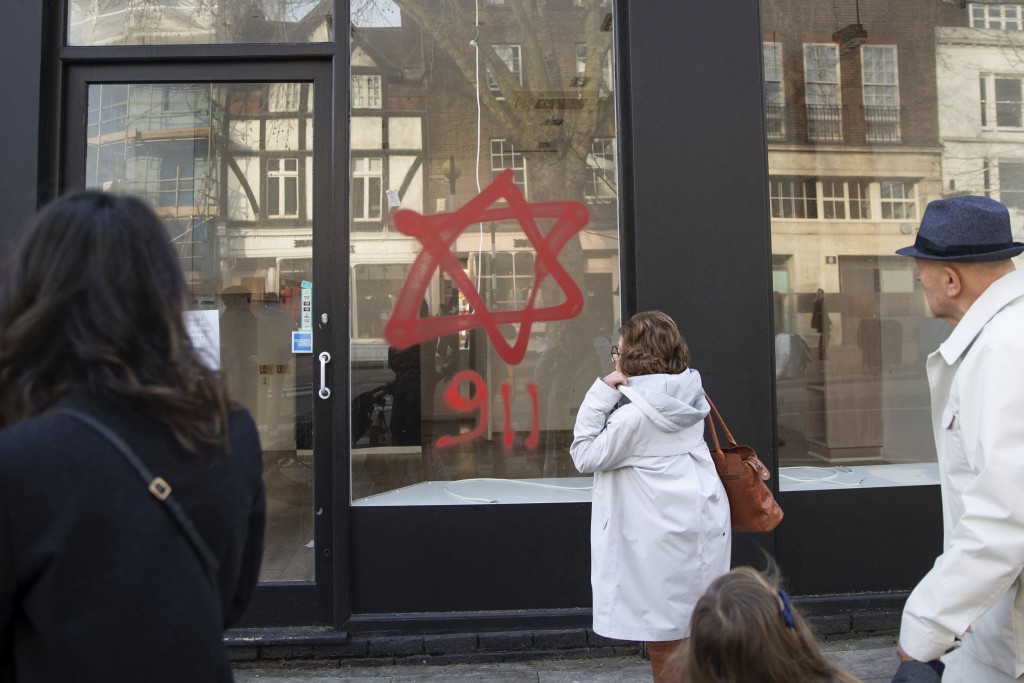 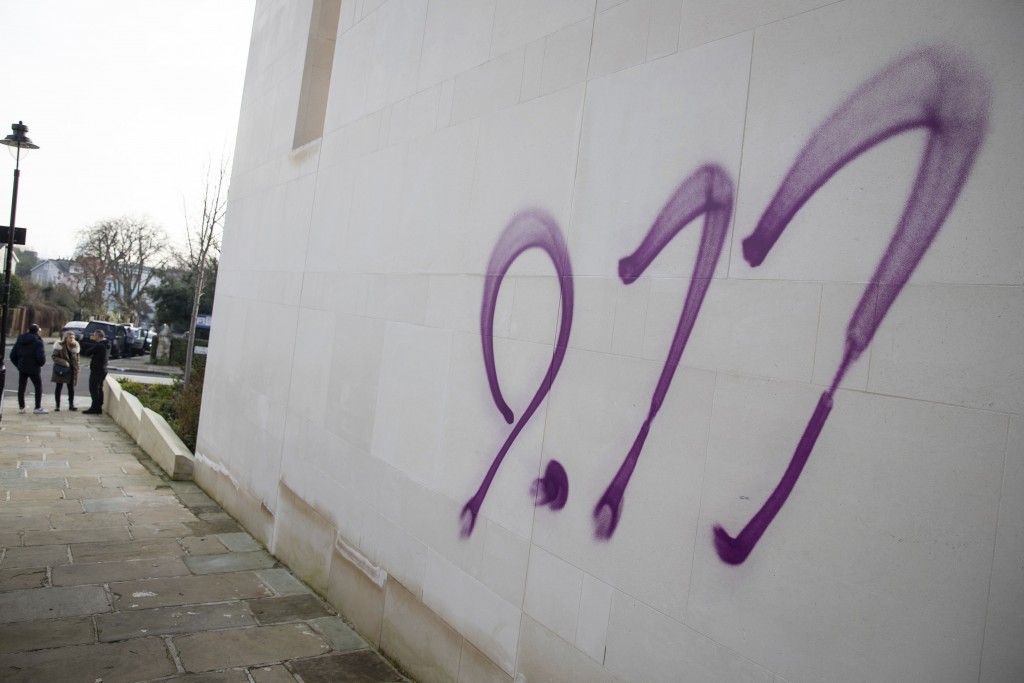 LONDON (AP) — A synagogue and numerous shops in London have been vandalized with anti-Semitic graffiti during Hanukkah.

The Star of David and the numbers “9 11” were spray-painted on several properties including South Hampstead Synagogue.

The graffiti references an anti-Semitic conspiracy theory related to the 9/11 terror attack.

London’s Police Service said they were investigating the racially motivated hate crime after being informed Saturday evening. They said no arrests had been made.

The Board of Deputies of British Jews wrote on Twitter: "This is a reminder that antisemitism is still with us. We hope action is taken to find & punish the perpetrators. Let's all work to defeat antisemitism in 2020!"