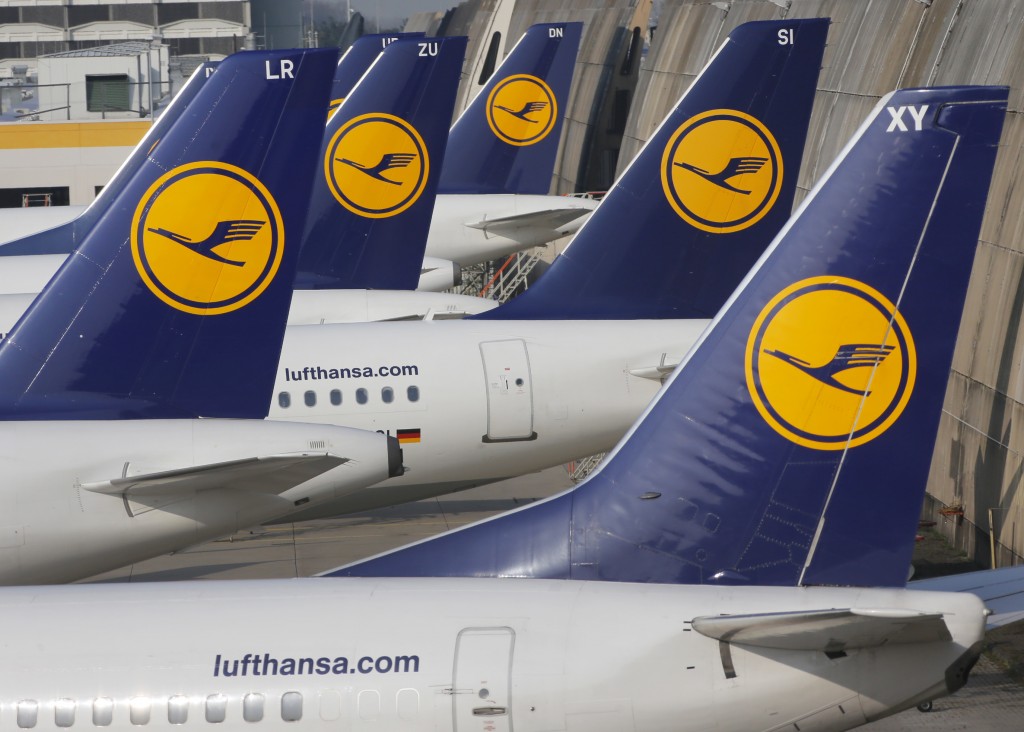 FRANKFURT, Germany (AP) — Lufthansa's low-cost carrier Eurowings has canceled more than 170 flights scheduled for Monday, Tuesday and Wednesday due to a strike by flight attendants at sister company Germanwings.

The cancellations mostly affect flights within Germany from airports that include Cologne-Bonn, Hamburg, Munich, Stuttgart and Duesseldorf.

Information on the cancellations was available Sunday on Eurowing's website. The canceled flights carry Eurowings flight numbers beginning with EW.

Eurowings said it was working to minimize disruption to travelers and that more than 1,000 flights would operate according to schedule.

Flight attendants' union UFO called the strike action during a dispute over opportunities to work part-time at Germanwings, which provides around 30 of Eurowings 140 aircraft.