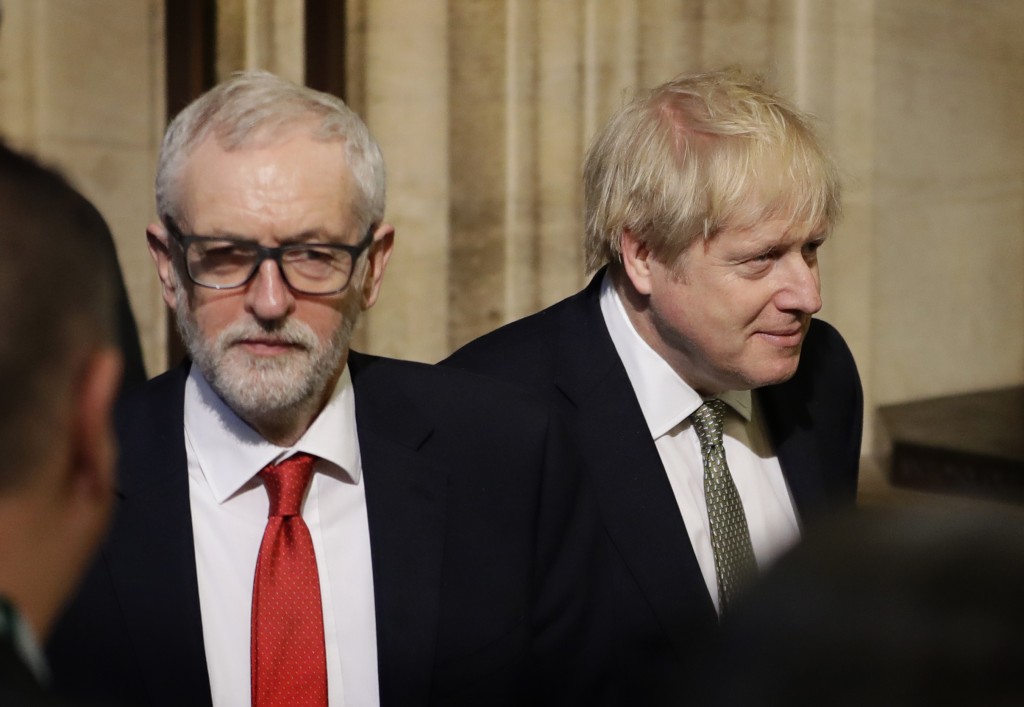 LONDON (AP) — A group of politicians from Britain’s opposition Labour Party have called for “fundamental change” within their party's leadership.

The comments follow a parliamentary election earlier this month that gave Labour its worst election defeat since 1935 and made pro-Brexit Prime Minister Boris Johnson the most electorally successful leader of the Conservative Party since Margaret Thatcher.

In a letter that was published in The Observer newspaper on Sunday, the 11-strong group of former Labour legislators and candidates called for an “unflinching” review of the party's failed campaign.

The group blamed Labour’s lack of popularity with voters on “nationalization and uncontrolled spending commitments,” as well as "cronyism at the top of our party" and a “repeated unwillingness to stand up to the stain of anti-Semitism.”

The letter highlighted the party’s loss of seats “in every region…with the biggest swing against us from the poorest people.”

In order to regain Labour’s popularity, the group said “fundamental change at the top of our party is required. Only this will help us recover from the catastrophic loss of 12 December."

After Labour's poor showing in the Dec. 12 general election, left-wing party leader Jeremy Corbyn said he intended to step down.

Politicians vying to replace Corbyn as party leader are expected to announce their candidacies in the new year. He has agreed to step down when a new leader is chosen.