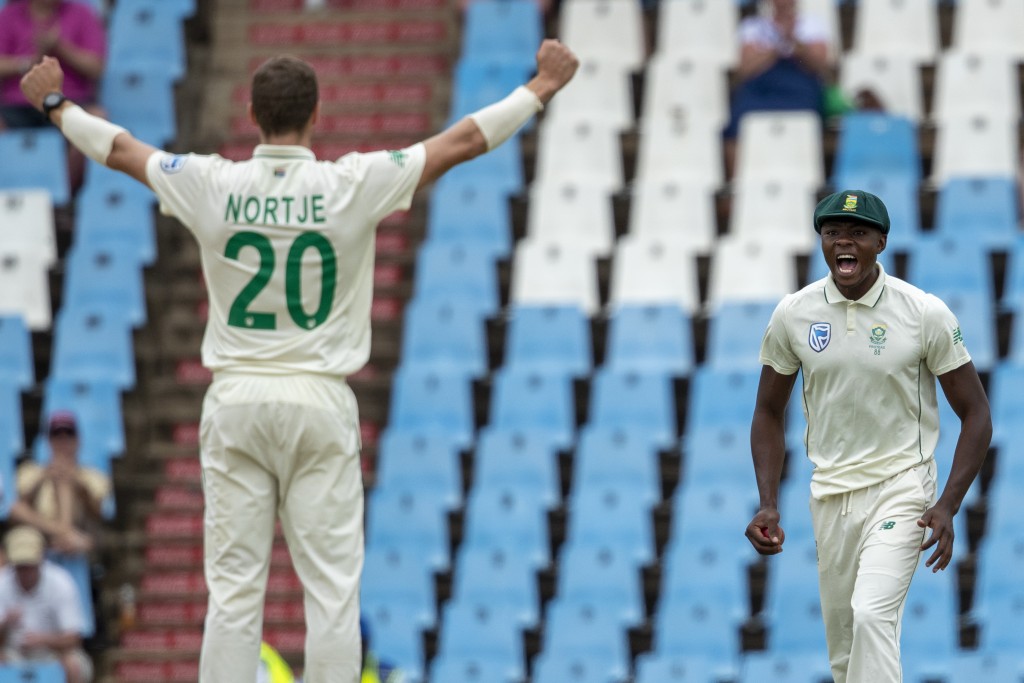 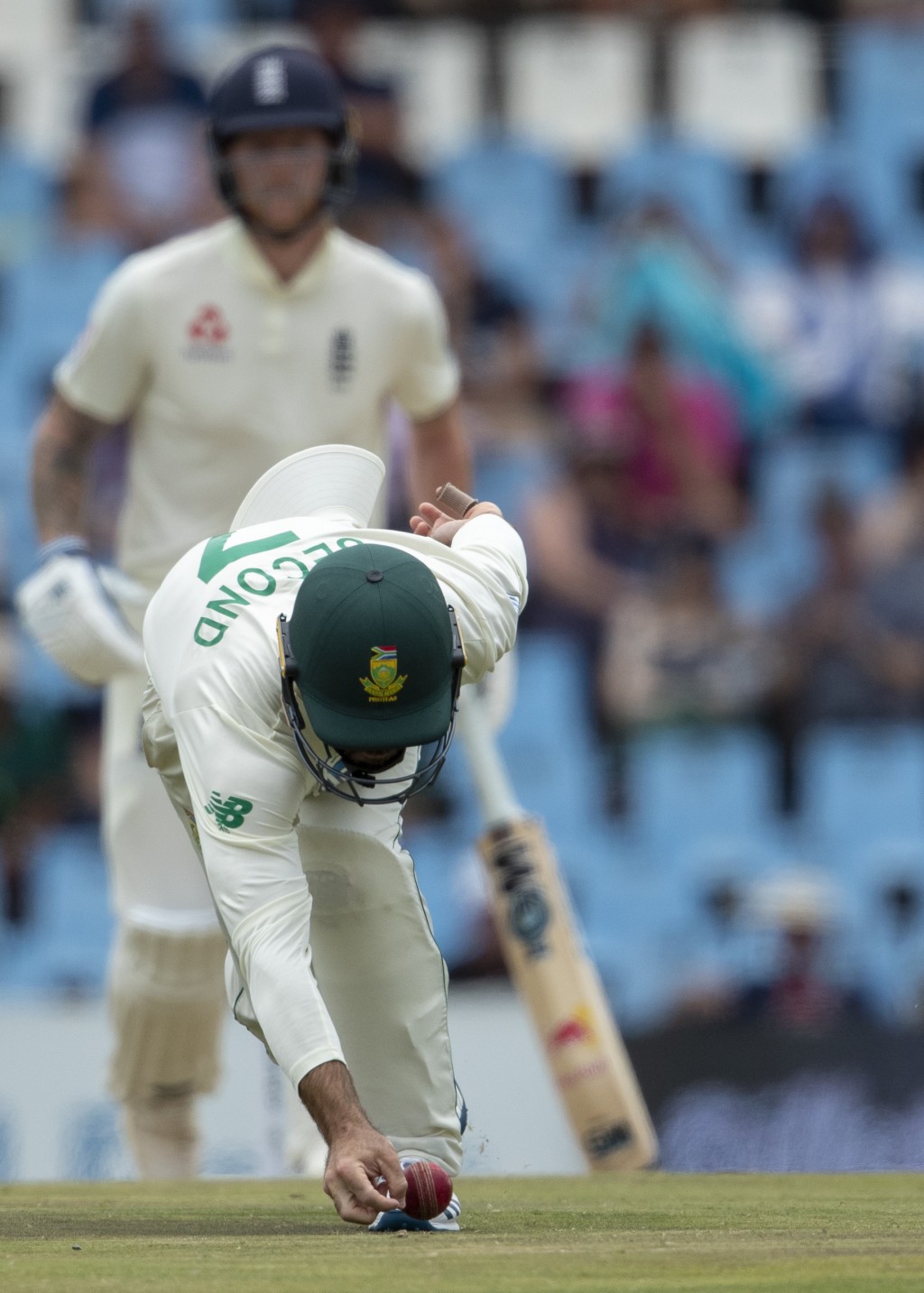 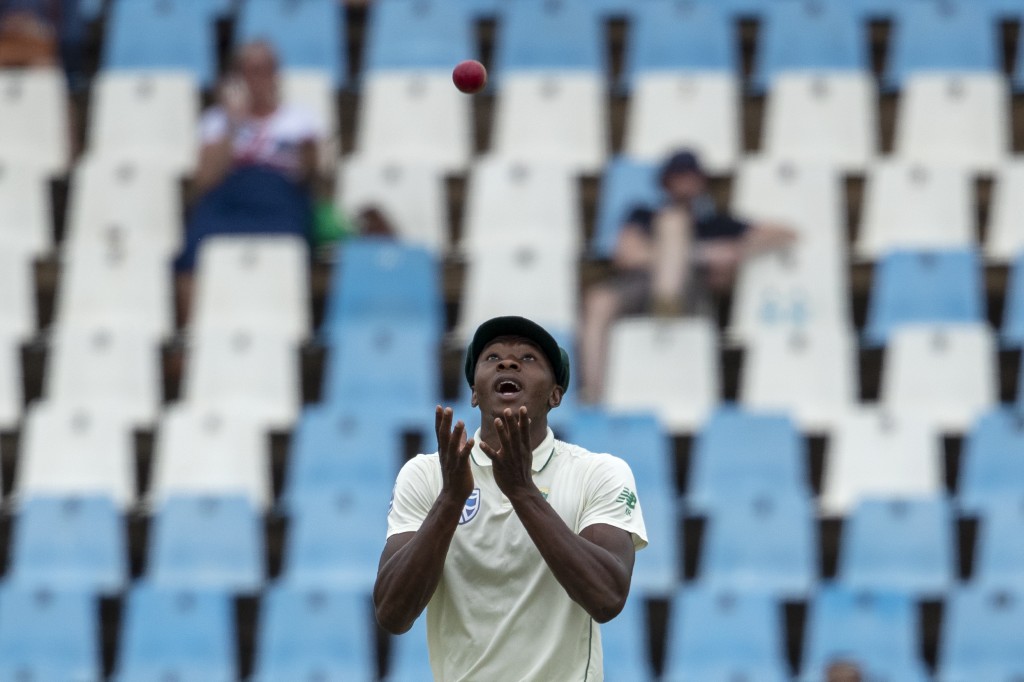 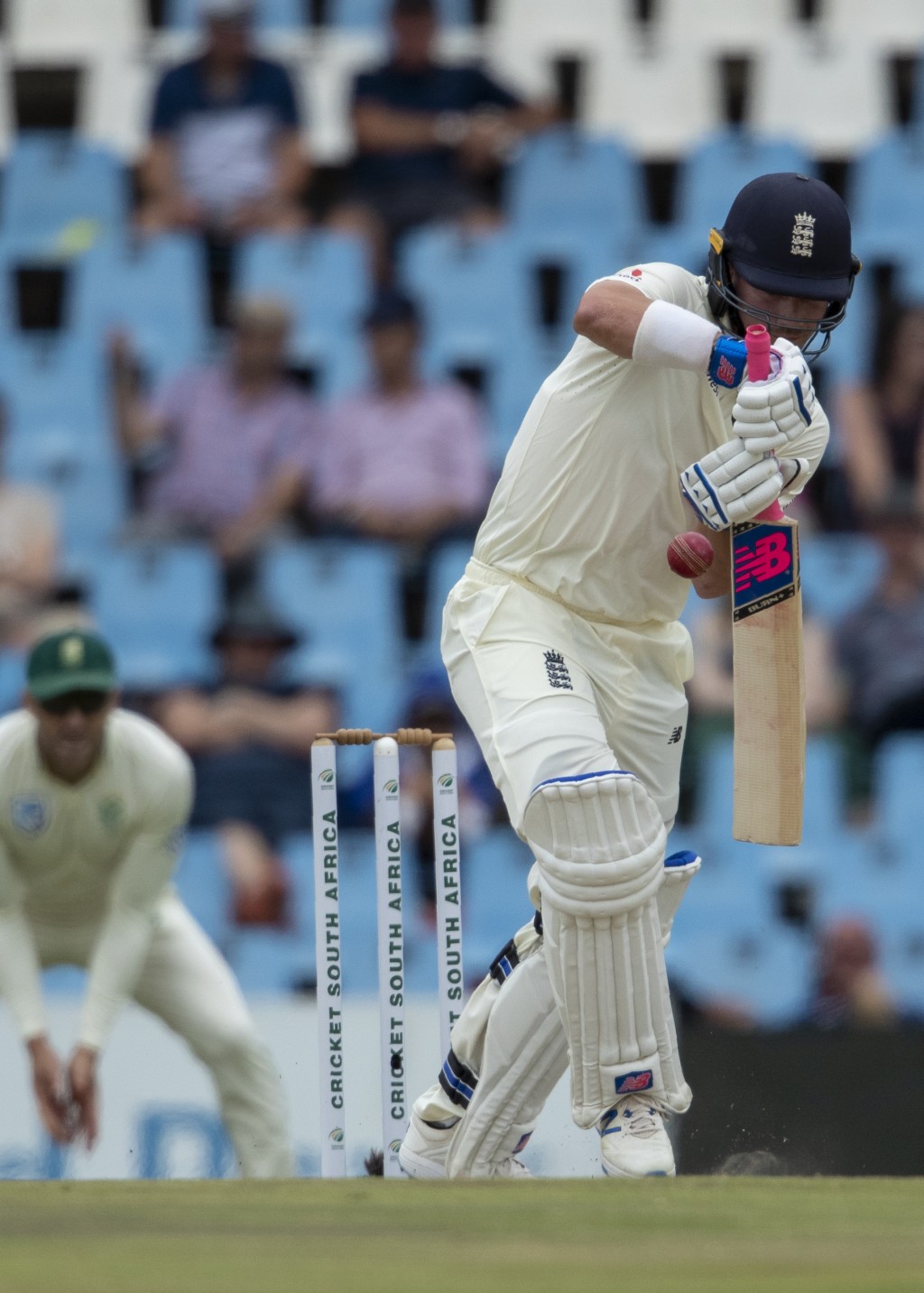 CENTURION, South Africa (AP) — South Africa's bowlers made two important breakthroughs before lunch but England is still in the hunt for a remarkable win in the first cricket test.

England went to lunch on 171-3 on the fourth day on Sunday needing 376 to take the series opener with what would be a remarkable backs-against-the-wall performance.

South Africa set England a daunting target, and it would be the highest ever fourth-innings score to win a test in South Africa if England gets there.

Rory Burns (84) and Joe Denly (31) were the England wickets to fall in the first session. Opener Burns was the one South Africa really wanted.

He added just seven runs to his overnight score despite being out there for nearly an hour. He and Denly were kept in check by front-line quicks Vernon Philander and Kagiso Rabada, allowing Anrich Nortje to strike on his second ball into the attack.

Eager to break free, Burns miscued a hook straight into the air and was caught at mid-on by Rabada. Dwaine Pretorius, South Africa's other change bowler, had Denly lbw.

Captain Joe Root and Ben Stokes were at the crease at lunch. Root was 13 not out and had come through a tough early spell when he was hit a painful blow on the left forearm. Stokes is 4 not out and England needs another 205 with seven wickets remaining.

Those two are England's best batsmen but the tourists also have danger players in Jonny Bairstow and Jos Buttler to come.

England will be inspired by its run chase against Australia in the Ashes series earlier this year, when Stokes hit a majestic 135 not out and England chased down 359. England's 362-9 in that game at Leeds in August was its record fourth-innings total to win a test.

This one at SuperSport Park would break it just four months later if England pulls it off.