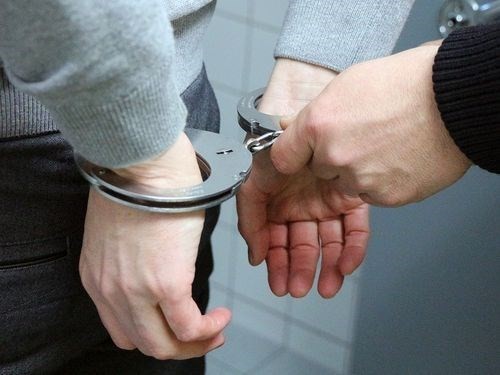 Two Taiwanese suspects in two different telecom fraudulent rings have been extradited back to Taiwan from the Philippines and Vietnam through cross border police cooperation, the Criminal Investigation Bureau (CIB) said Saturday.

Su said the mastermind of one of the two fraud rings, surnamed Huang (黃), was arrested by immigration officers of the Philippines in early May, when he attempted to leave the country using a fake passport.

Huang, 34, led the 110-member fraud ring by running a telecom scam in Latvia in 2017. He and his 109 partners were arrested in Latvia and deported back to Taiwan in the same year.

But soon after being deported back to Taiwan, the mastermind fled and became a fugitive.

In June 2018, Huang fled to the Philippines from Taiwan before he was arrested by Philippine immigration officers in early May when he used a fake passport to try to leave the country.

When the CIB was informed of Huang's arrest by Philippine police, the bureau sent officers to the Southeast Asian country to deport the suspect back to Taiwan.

Huang was brought back Friday and sent to the Taichung District Prosecutors Office for further investigation.

According to the CIB, Huang's ring obtained about NT$150 million (US$4.97 million) in illegal profits from their victims.

Meanwhile, a suspect in another telecom fraud, surnamed Hsiao (蕭), 36, was arrested in Ho Chi Minh City in July after cooperation between law enforcement officers in Taiwan and Vietnam, the CIB said.

The CIB said Hsiao invested to operate a telecom scam in the Vietnamese city since June 2014 before the bureau received a tipoff. It then teamed up with Vietnamese police to bust the fraud ring in July this year.

Hsiao was deported back to Taiwan Friday and sent to the Taipei District Prosecutors Office for further investigation, the CIB added.

Information on Hsiao's illegal gains was not immediately available.

The CIB said so far this year, a total of 36 Taiwanese suspects have been deported back to Taiwan through cross border cooperation to bust their fraudulent conduct overseas.

The CIB added the bureau will continue its cross border cooperation efforts in a bid to crack down on more fraudulent crime.