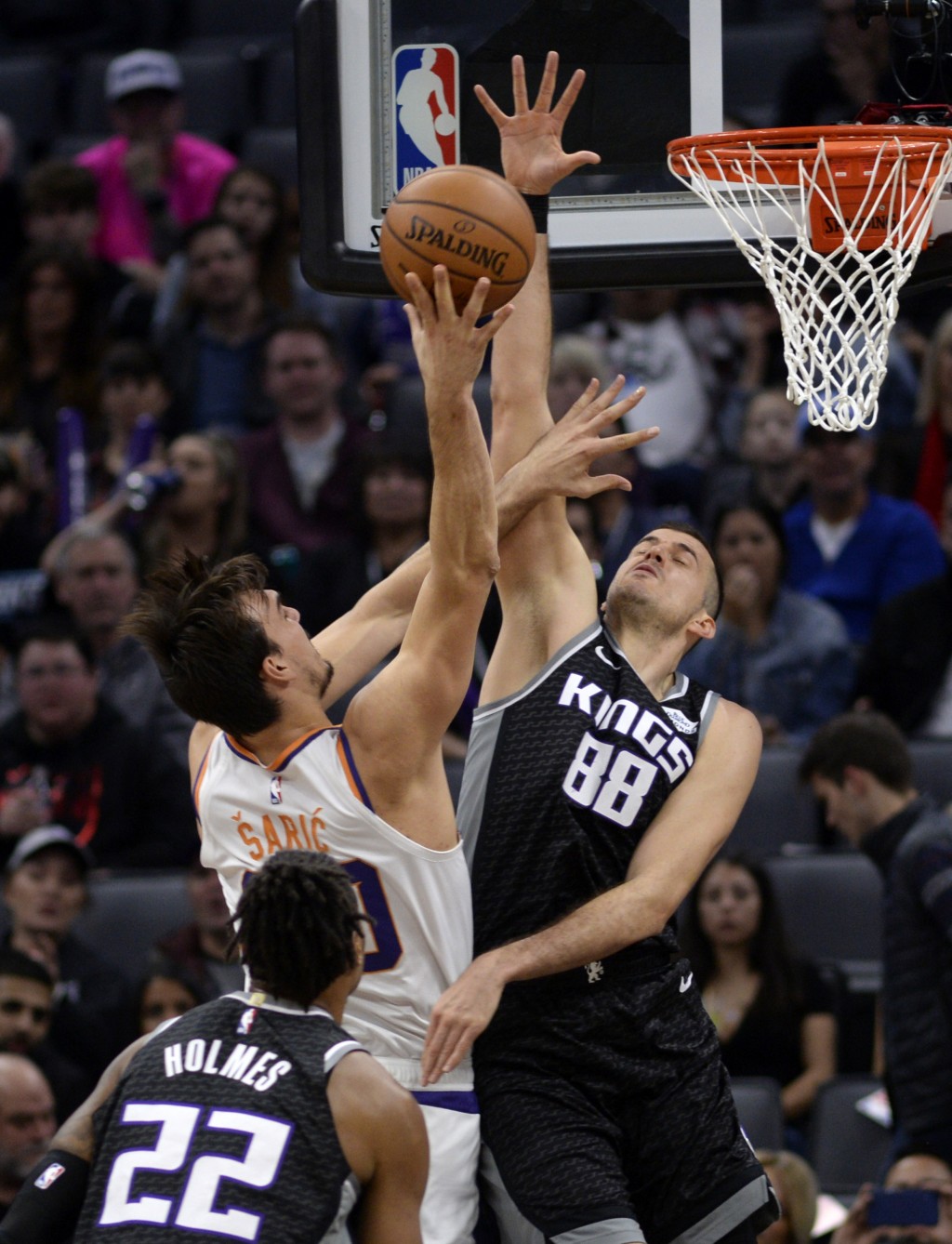 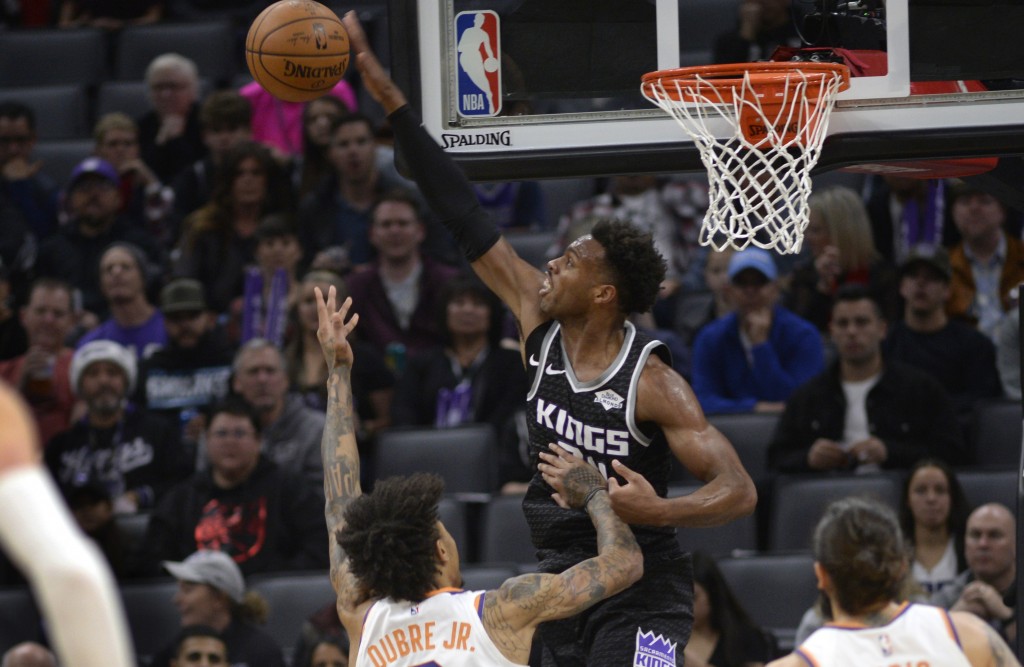 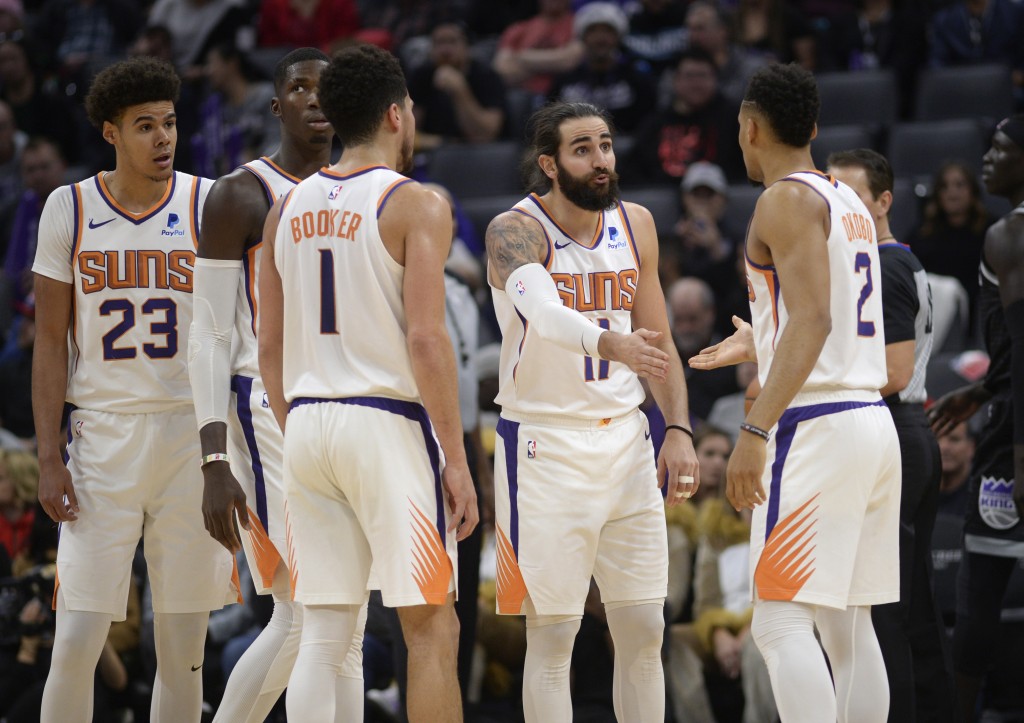 SACRAMENTO, Calif. (AP) — Devin Booker had 32 points and 10 assists and the Phoenix Suns held off a late surge to beat the Sacramento Kings 112-110 on Saturday night and snap an eight-game losing streak.

Kelly Oubre Jr. added 20 points and 16 rebounds for the Suns, who had not won since beating Memphis on Dec. 9. Ricky Rubio had 21 points and eight assists, and Aron Baynes scored 17 points.

Buddy Hield scored 23 points for Sacramento, two days after complaining about his lack of playing time late in games. The Kings have lost six straight.

Booker scored 11 points in the fourth quarter and the Suns overcame his missed free throw with 5.9 seconds remaining that would have given them a three-point lead.

Sacramento failed to capitalize as Harrison Barnes missed a 3-pointer at the buzzer.

It’s the ninth time this season that Booker has had 30 points or more. It’s also the 72nd of his career, fourth-most in Suns history.

The Kings' frustrations boiled over in the second quarter when Richaun Holmes and coach Luke Walton were called for technical fouls after Holmes was whistled for fouling Oubre. Holmes was upset with the call, and Walton continued the argument as Booker went to the line for a free throw.

Phoenix used the four-point swing to pull away and take a 59-49 halftime lead.

Suns: Oubre, who sat out much of the first half against Golden State in foul trouble, had nine points in the first quarter and a double-double by halftime. … Phoenix committed 14 turnovers, one night after having a season-high 27 in a loss to Golden State. … Mikal Bridges scored 10 points.

Kings: Marvin Bagley III will miss a few games with a mid-foot sprain, according to a statement put out by the team. Bagley wore a walking boot on his left foot when he left Golden 1 Center after getting hurt against Houston on Thursday. Sacramento was also without De’Aaron Fox (back spasms). Fox played two minutes against the Rockets before coming out.

Suns: Head to Portland to face the Trail Blazers on Monday. Portland has won 11 straight against Phoenix.

Kings: Play the Nuggets in Denver on Sunday. The teams split a pair of games, both in Sacramento, earlier this season.