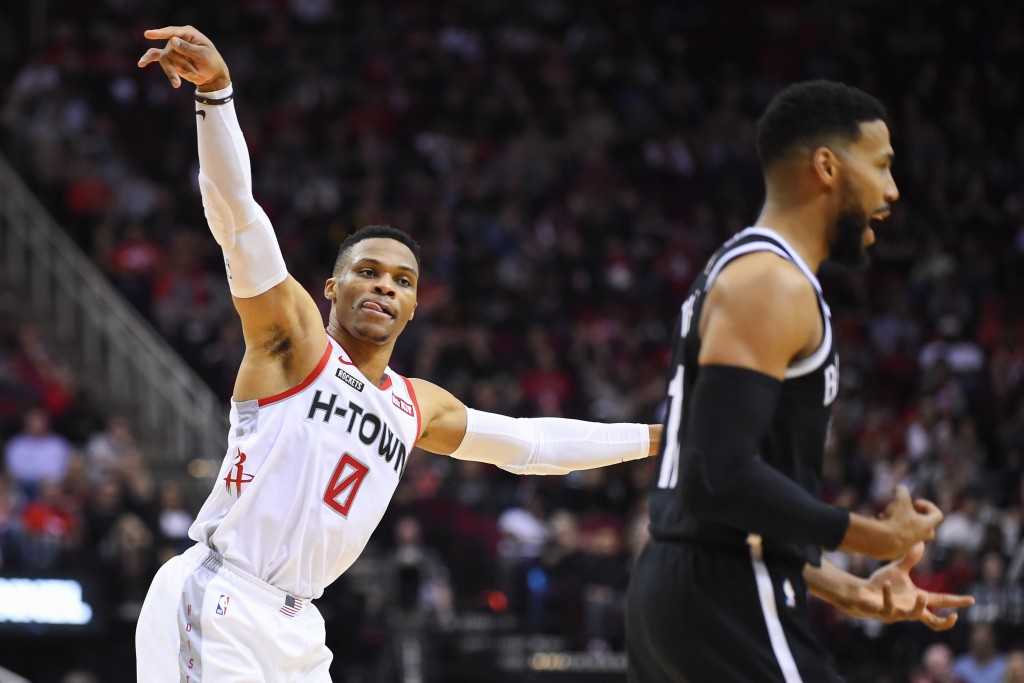 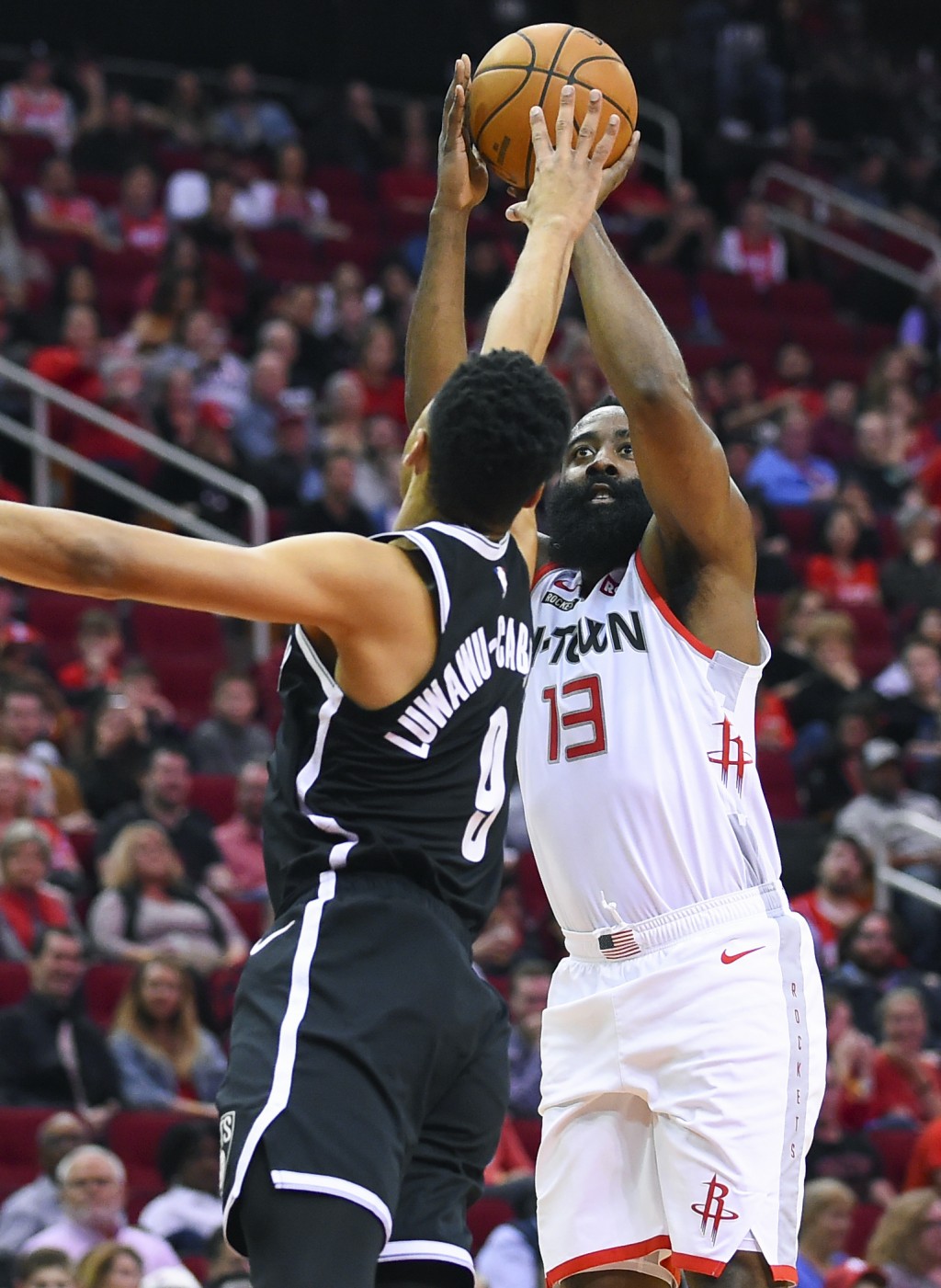 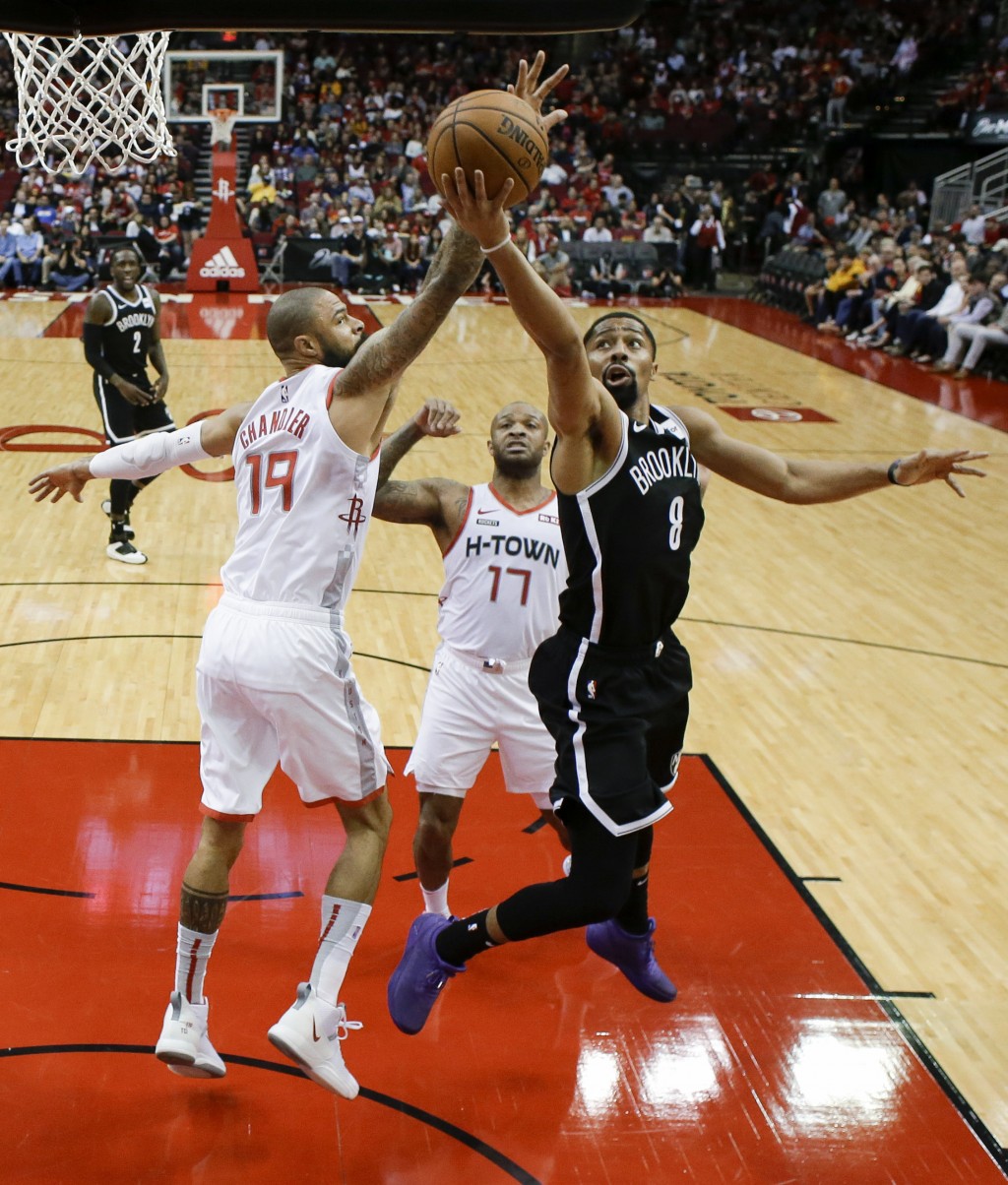 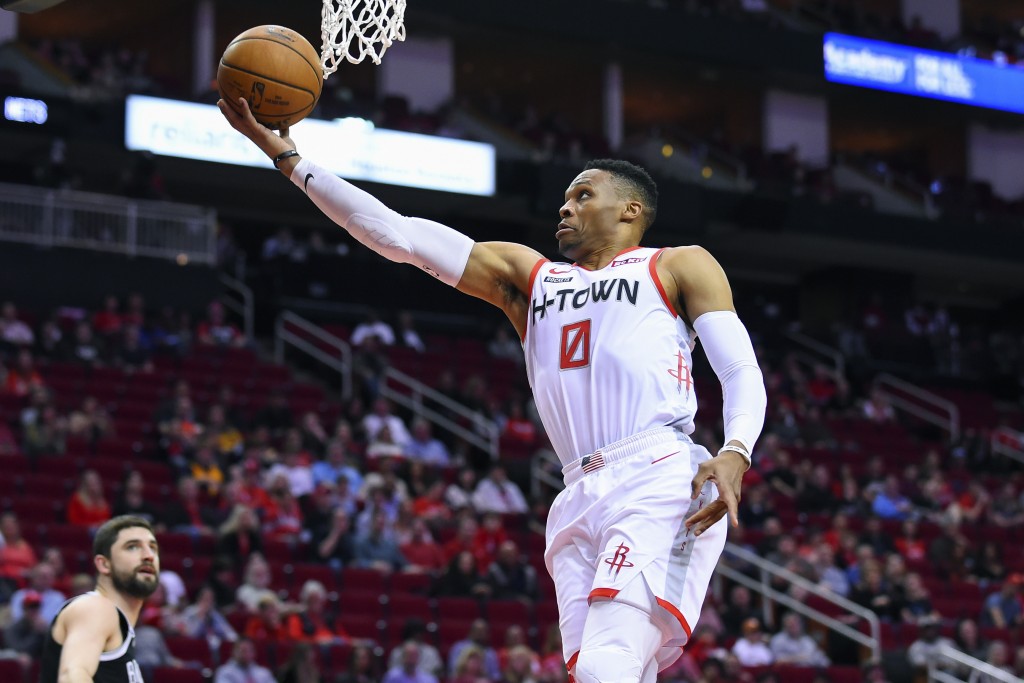 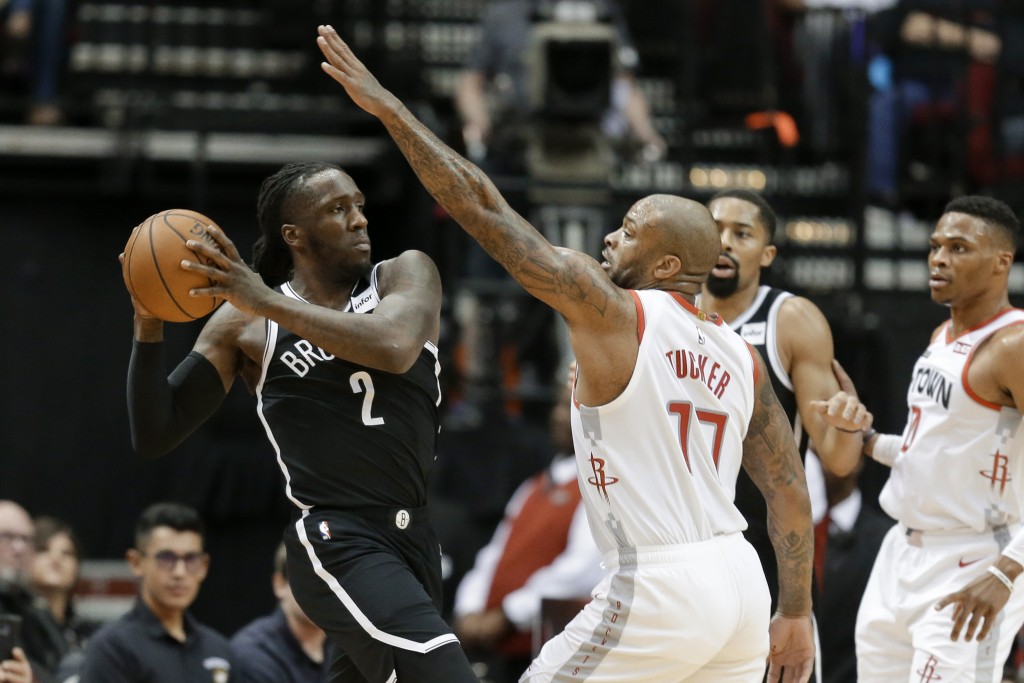 HOUSTON (AP) — James Harden had 44 points and 10 rebounds and the Houston Rockets built a big early lead and withstood a late rally from the Brooklyn Nets for a 108-98 victory on Saturday night.

Houston has won five of six games, with its only loss in the stretch coming in a surprising defeat by the Warriors on Christmas day.

The Rockets, who led by as many as 22, had a five-point lead before Austin Rivers scored all of their points in a 5-2 run that pushed the lead to 104-96 with about 2 1/2 minutes left. Spencer Dinwiddie added a layup for the Nets after that, but Harden hit a 3-pointer with less than a minute left to stretch the lead to 107-98.

Russell Westbrook and Taurean Prince were both ejected with about 20 seconds to go when they started yelling at each other after Prince fouled Westbrook.

The Nets were led by Dinwiddie, who had 17 points and 11 assists, and got 16 points each from Prince and Jarrett Allen as they lost their second straight.

A big run by the Nets allowed them to take a 1-point lead with about nine minutes left when Houston finally rediscovered its offense after cooling down following a hot start. The Rockets used a 10-2 spurt, with four points each from Harden and Westbrook, to make it 99-92 with about four minutes left.

Westbrook had 23 points, nine rebounds and seven assists, and Rivers added 14 points off the bench.

Brooklyn scored 14 straight points over the last minutes of the third quarter and the first minutes of the fourth to cut the lead to 88-86 with about 10 minutes remaining. Houston missed eight straight shots and had two turnovers to allow the Nets to trim the deficit.

Harden made one of two free throws with about 9 1/2 minutes left for Houston's first points since there were about two minutes left in the third quarter. The Nets then scored the next four points, with a tip-in layup by DeAndre Jordan, to go on top 90-89 for their first lead since early in the first quarter.

The Rockets led by double-digits for most of the game after a 42-point first quarter and were up by 16 late in the third. But the Nets scored the last seven points of the third quarter, capped by a 3-pointer from Rodions Kurucs, to cut the lead to 88-79 entering the fourth.

Rockets: C Clint Capela sat out with a bruised heel. Coach Mike D'Antoni said he wasn't sure if he'd be ready to return on Sunday night. ... Isaiah Hartenstein tied a career high with nine points and had 13 rebounds. ... Houston out-rebounded Brooklyn 54-47, despite Capela's absence.