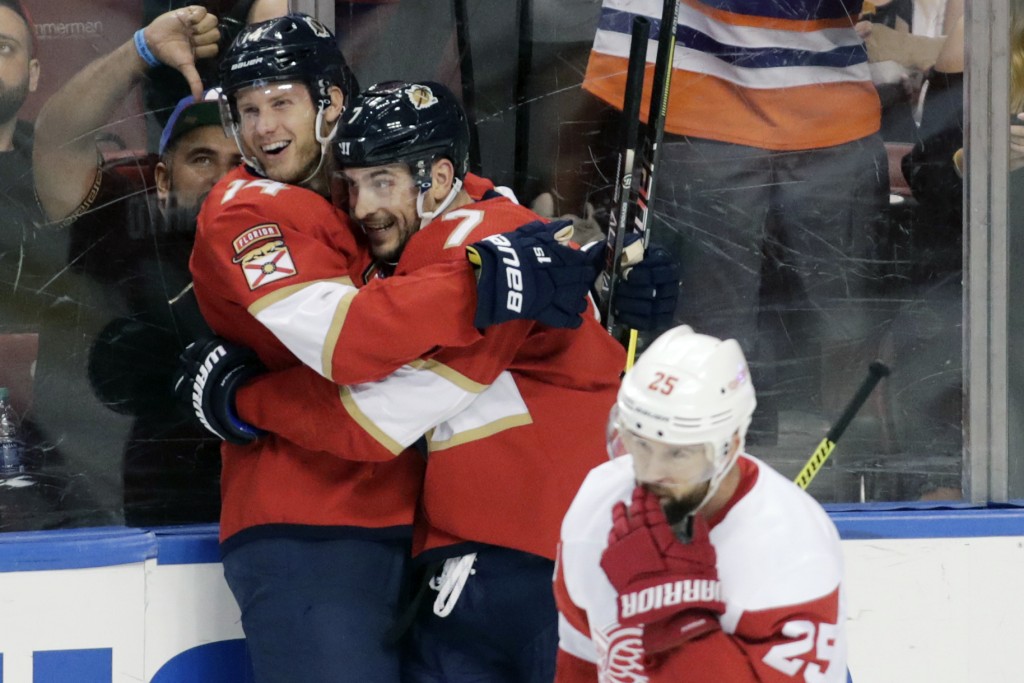 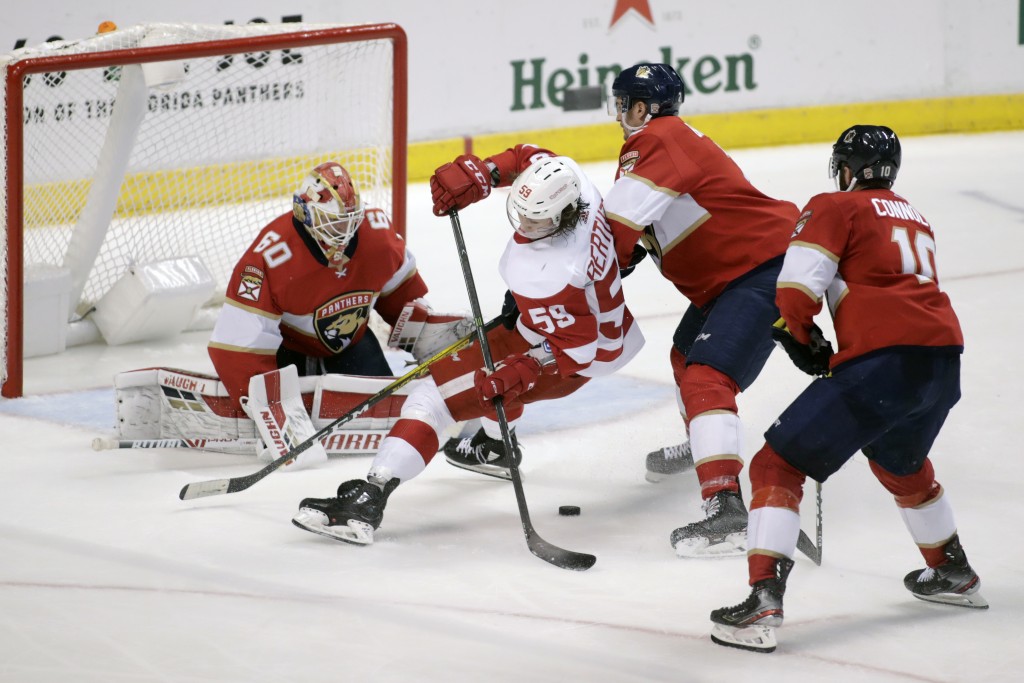 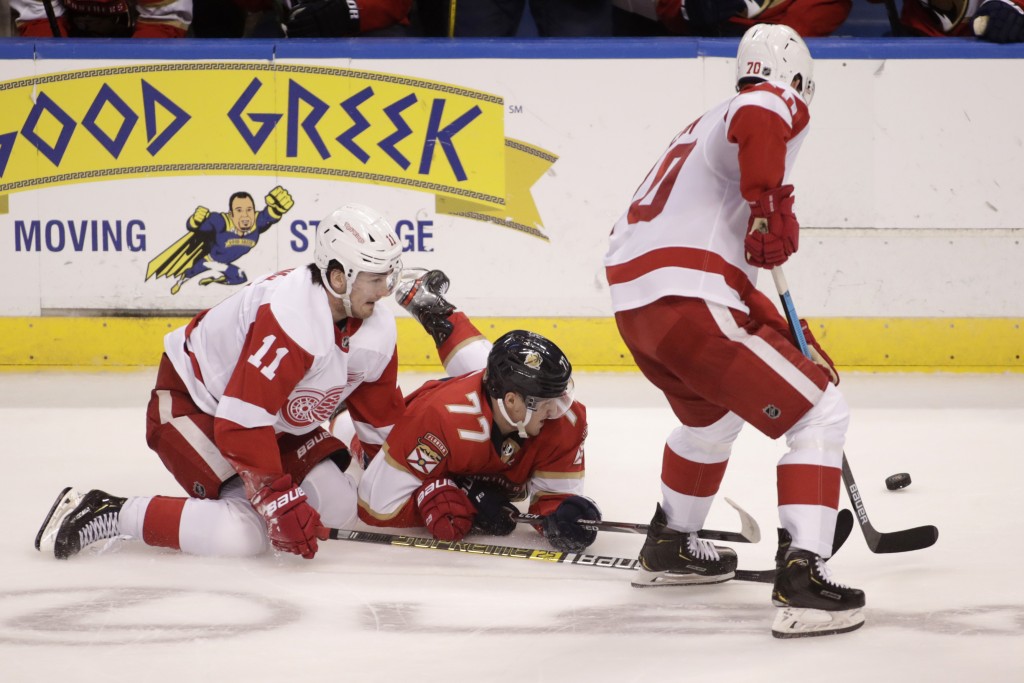 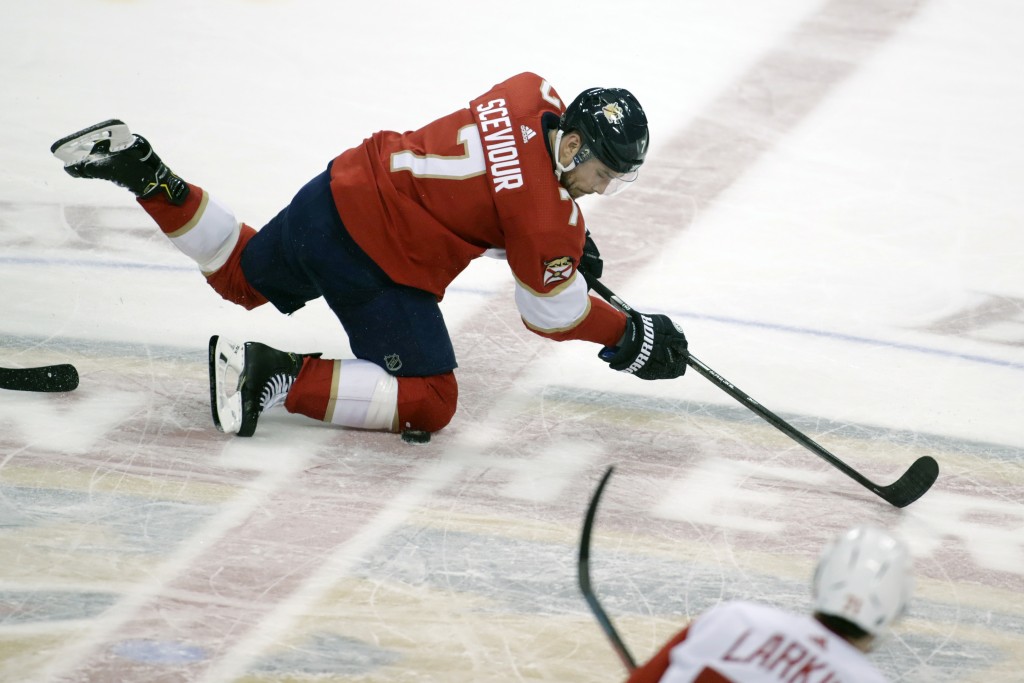 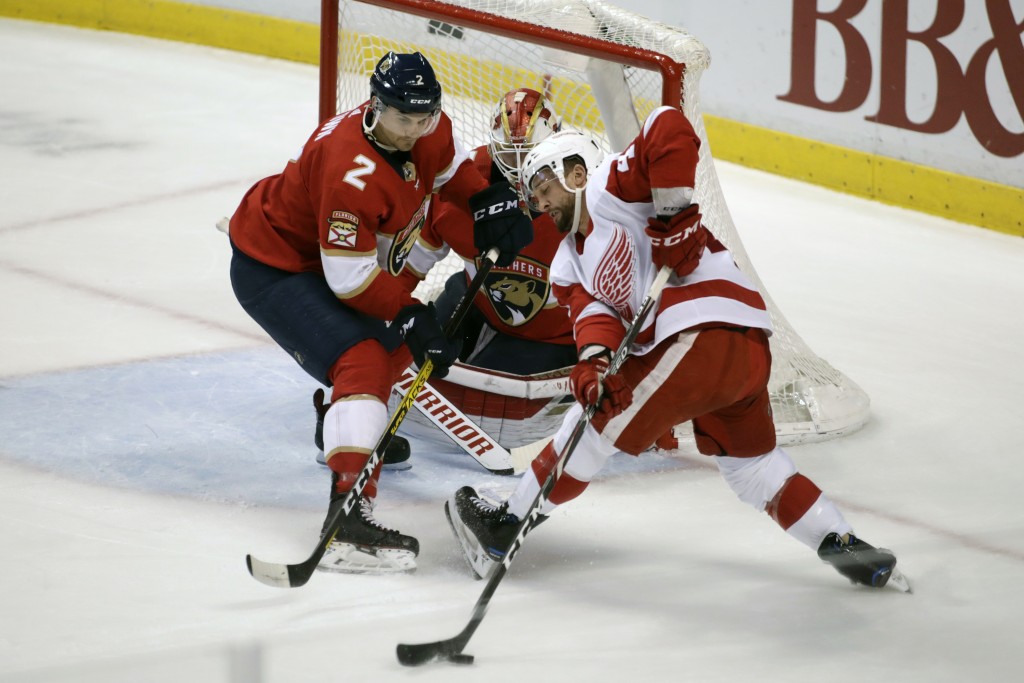 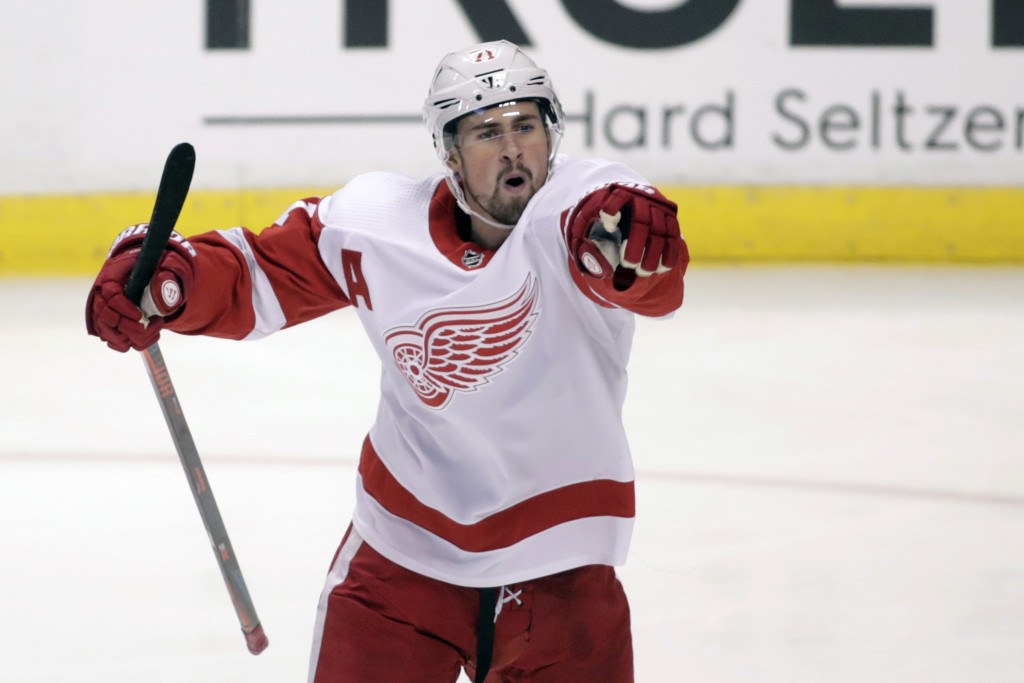 SUNRISE, Fla. (AP) — Mike Hoffman had a goal and two assists and the Florida Panthers overcame a two-goal deficit to beat the Detroit Red Wings 5-4 on Saturday night.

Evgenii Dadonov, Brett Connolly, Dominic Toninato and Anton Stralman also scored to help the Panthers win for the fourth time in five games. Chris Driedger made 35 saves in his fourth NHL start to improve to 3-1-0.

Dylan Larkin had a goal and an assist for Detroit, and Darren Helm, Frans Nielsen and Luke Glendening also scored. The Red Wings have lost five in a row and are 2-15-2 their last 19.

Florida scored on a power play 2:46 into the first period, with Huberdeau feeding Dadonov in the slot for the Russian winger’s 14th goal of the season.

Helm scored on a breakaway after Hoffman’s turnover. The left wing skated in and beat Driedger for his sixth goal at 9:29. Larkin pounced on a pass from linemate Andreas Athanasiou and netted his ninth at 10:07.

Patrik Nemeth’s blocked shot on an early second-period Florida power play led to Nielsen’s first goal in 34 games — a short-handed score — 46 seconds in to make it 3-1, but Connolly answered on the same man advantage by ripping home his 15th at 1:58.

Hoffman tied it 3 at 6:39 with his 13th after putting in a rebound of Brian Boyle’s between-the-legs shot. Toninato’s steal of Valtteri Filppula’s pass and ensuing goal 9 seconds later put the Panthers up 4-3.

Florida’s penalty-kill units stymied a Detroit power play midway through the third, and Stralman fired home his fourth goal on a pass from Hoffman at 13:24. Glendening scored with 4:11 remaining and Howard pulled for the extra skater.

NOTES: Coach Jeff Blashill said Detroit will be without Anthony Mantha (rib cage) a minimum of four weeks. In 29 games, the right wing has 12 goals, including all four in the club’s 4-3 win over Dallas on Oct. 6. ... Detroit will host Florida in the final two meetings this season – on Jan. 18 and March 16. ... The Panthers played without defensemen Aaron Ekblad (undisclosed) and MacKenzie Weegar (upper body, day-to-day). Riley Stillman was recalled from Spingfield of the AHL and made his fifth NHL start.