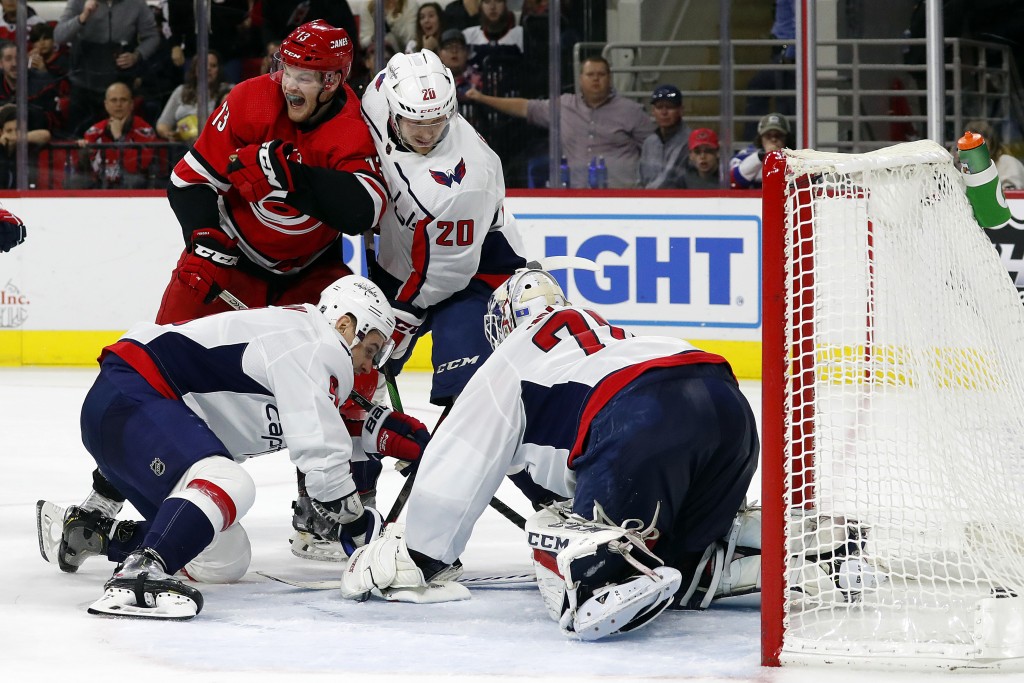 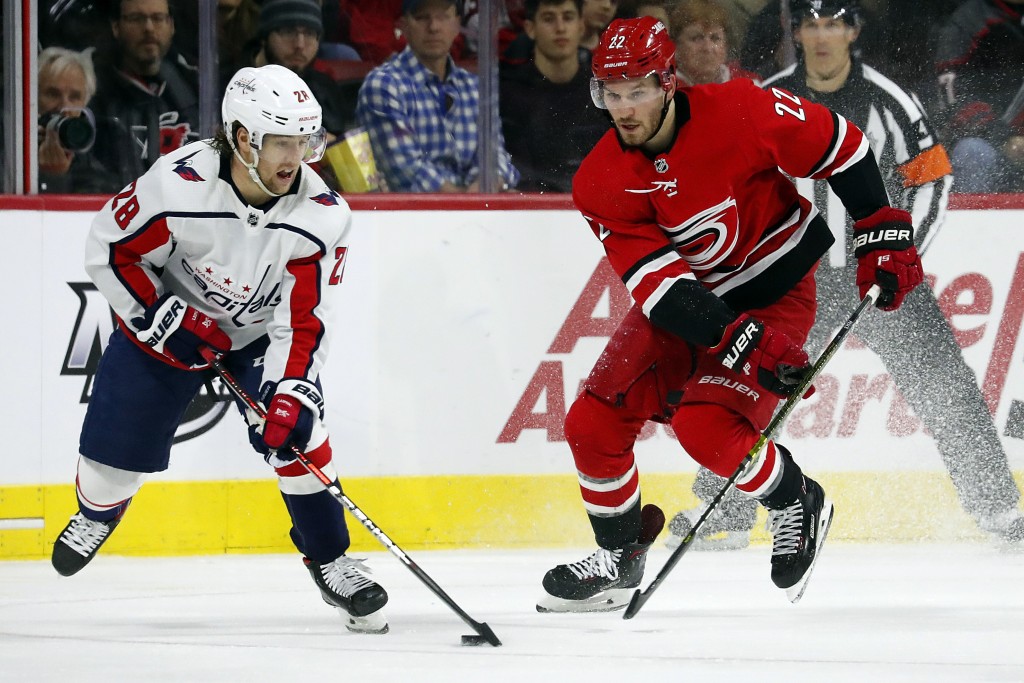 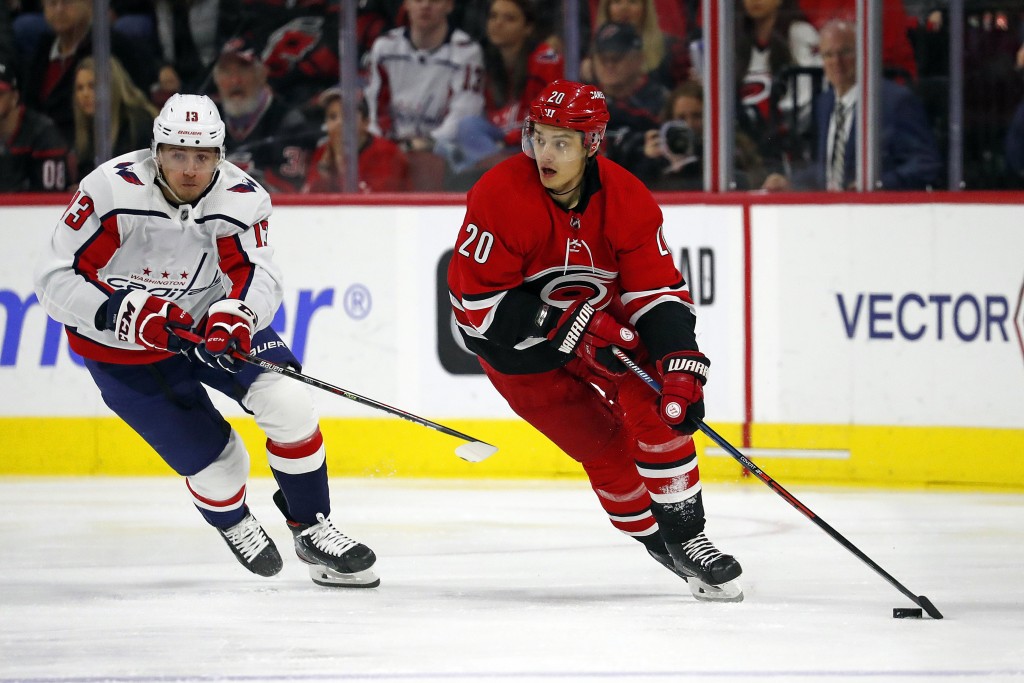 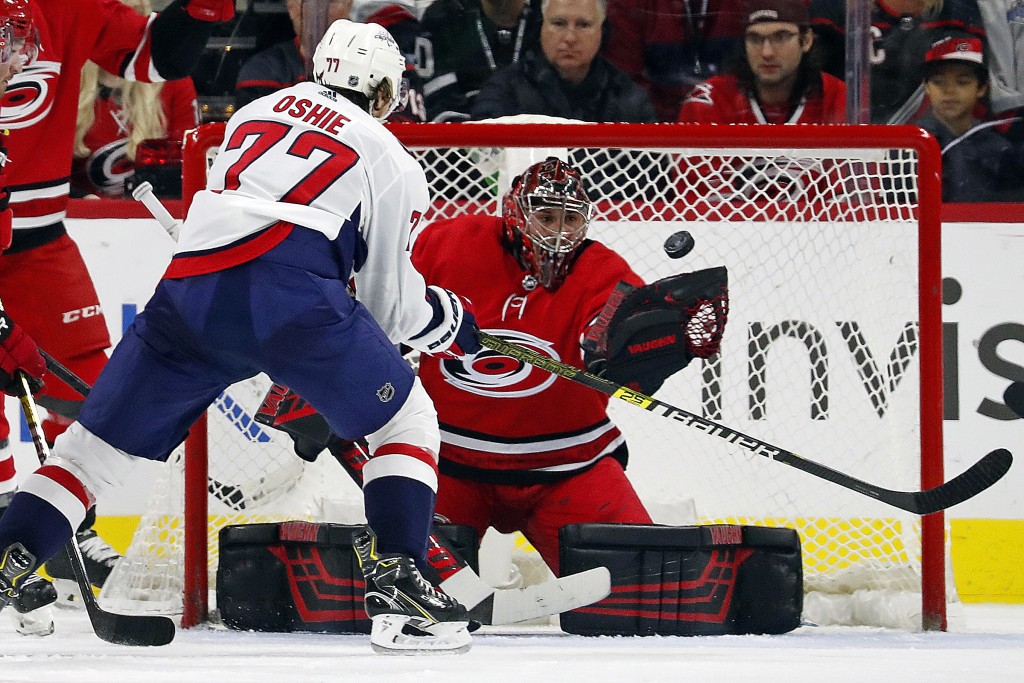 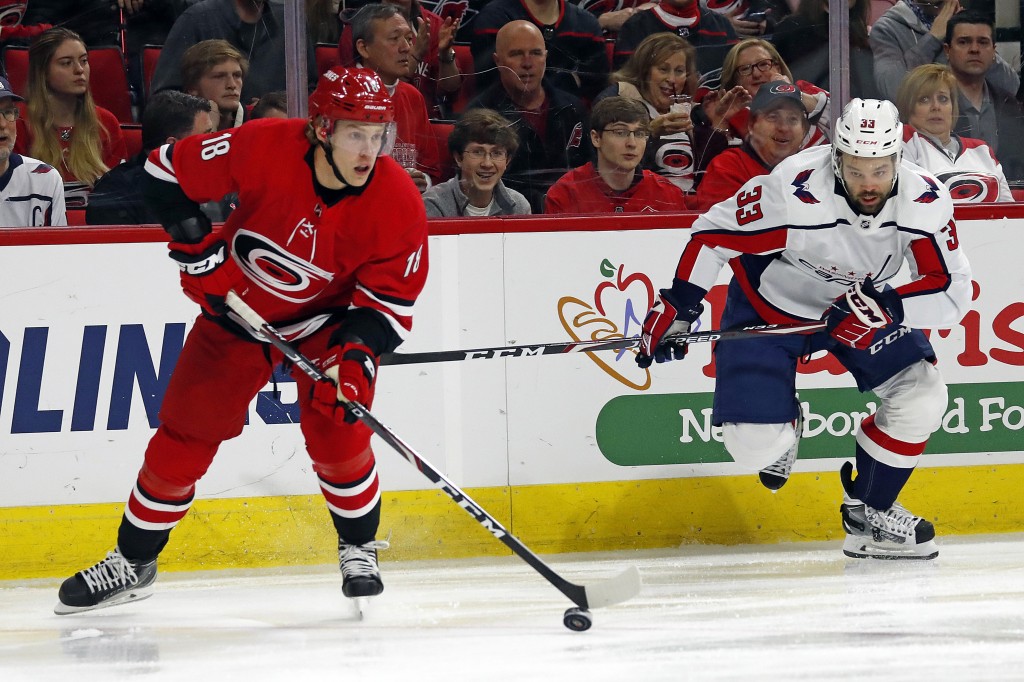 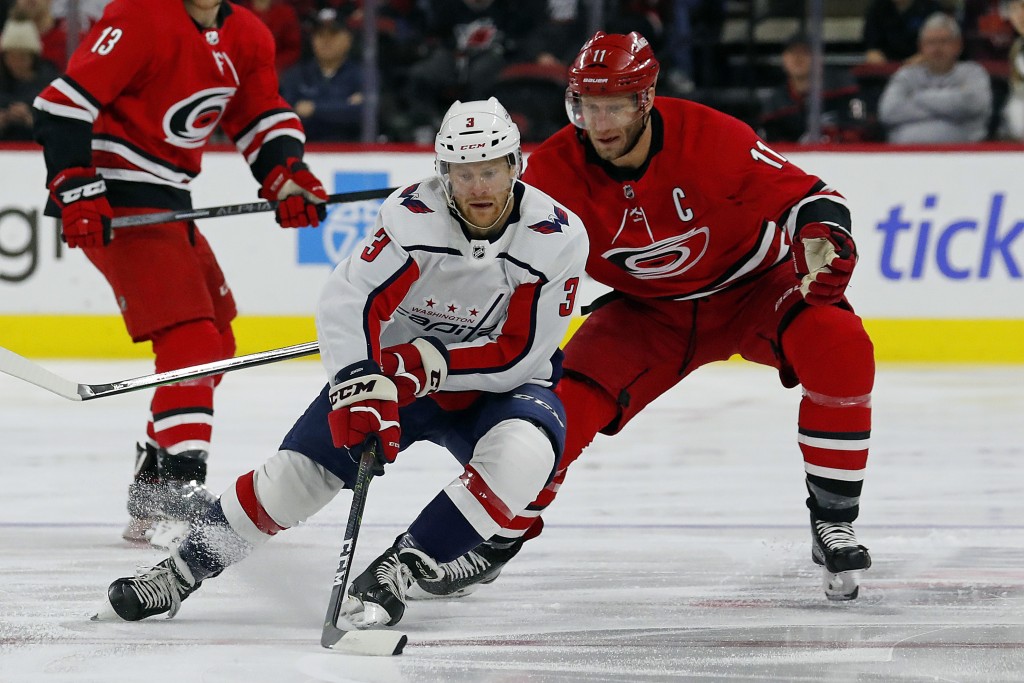 RALEIGH, N.C. (AP) — Warren Foegele continued his stellar play against Washington with two goals and an assist to lead the Carolina Hurricanes to a 6-4 over the Capitals on Saturday night.

Lucas Wallmark, Jordan Staal, Martin Necas and Andrei Svechnikov also scored for the Hurricanes as they snapped a three-game losing streak on the opening night of a seven-game homestand. Petr Mrazek stopped 25 shots.

Nic Dowd, Alex Ovechkin, Evgeny Kuznetsov and Radko Gudas scored and John Carlson had two assists for the Capitals, who lead the NHL with 59 points and had won three of their last four games.

However, Foegele and the Hurricanes remained hot against their Metropolitan Division rival, with wins in four straight games dating back to the Stanley Cup playoffs in the spring.

Foegele had four goals and two assists in the playoffs last season against the Capitals as Carolina eliminated Washington in seven games in the Eastern Conference semifinals. He added an assist on Oct. 5 to help the Hurricanes win 3-2 in overtime at Washington, and had a role in all three of Carolina’s second-period goals on Saturday.

He converted a cross-ice pass from Jordan Staal on a 2-on-1 break just 8 seconds into the second period to stretch Carolina’s lead to 2-0. After Dowd ripped a shot past Mrazek to halve the lead, Foegele fed Hamilton for another score on a 2-on-1 break to restore the two-goal advantage.

Ovechkin cut the lead to 3-2 with a slap shot high into the net behind Mrazek on a power play, and Washington had a chance to even the score on another man-advantage opportunity late in the second period.

Foegele struck again with 6:58 left in the second, crashing the net to poke the puck past Braden Holtby for a short-handed goal to send Carolina into the third period with a 4-2 lead.

Kuznetsov scored while Foegele was in the penalty box two minutes into the second period to cut the deficit to 4-3, but Necas scored 1:20 later on the rebound of Erik Haula's shot that was stopped by Holtby.

In the first period, Carolina was not able to convert during 55 seconds with a two-man advantage but scored just 8 seconds after the Capitals’ first penalty expired when Nino Niederreiter fed Wallmark for a shot that beat Holtby inside the far post.

Foegele’s short-handed goal tied him for the NHL lead with three; the Hurricanes lead the league with nine short-handed goals. ... Carlson’s two assists gave him 50 points for the season and kept him on pace to become the fifth defenseman in NHL history with 100 points in a season. He entered the game on pace for 101 points over the 82-game regular season. ... Wallmark extended his point streak to six games with a first-period power play goal. It’s the longest point streak of his four-year career, and he has four goals and four assists during that streak.

Capitals: Host the New York Islanders on Tuesday before returning to Raleigh for another meeting with the Hurricanes on Friday.