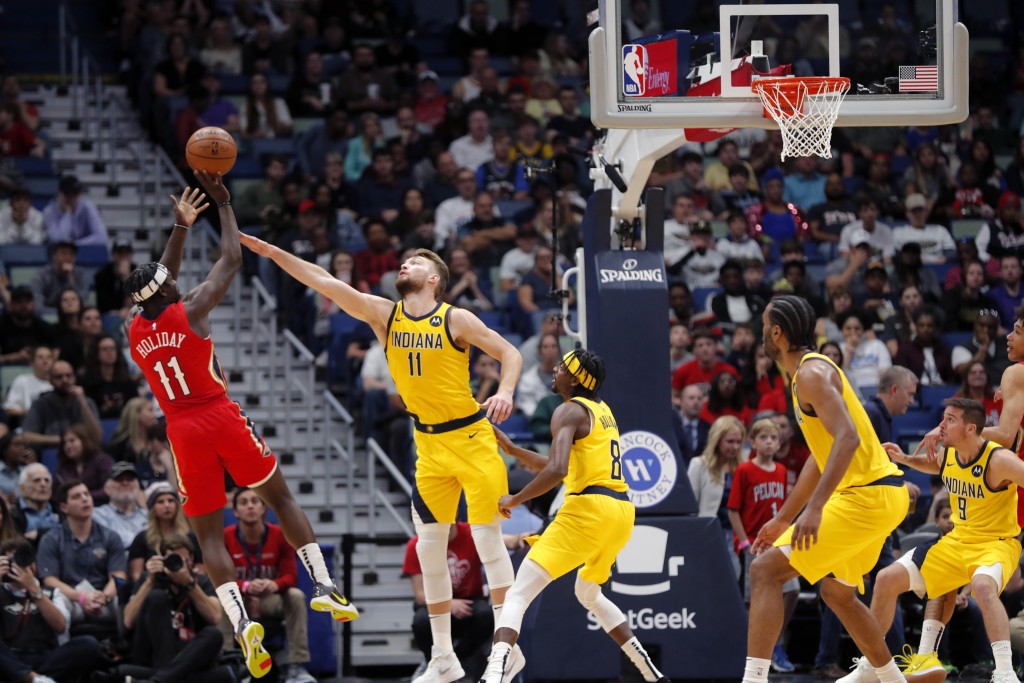 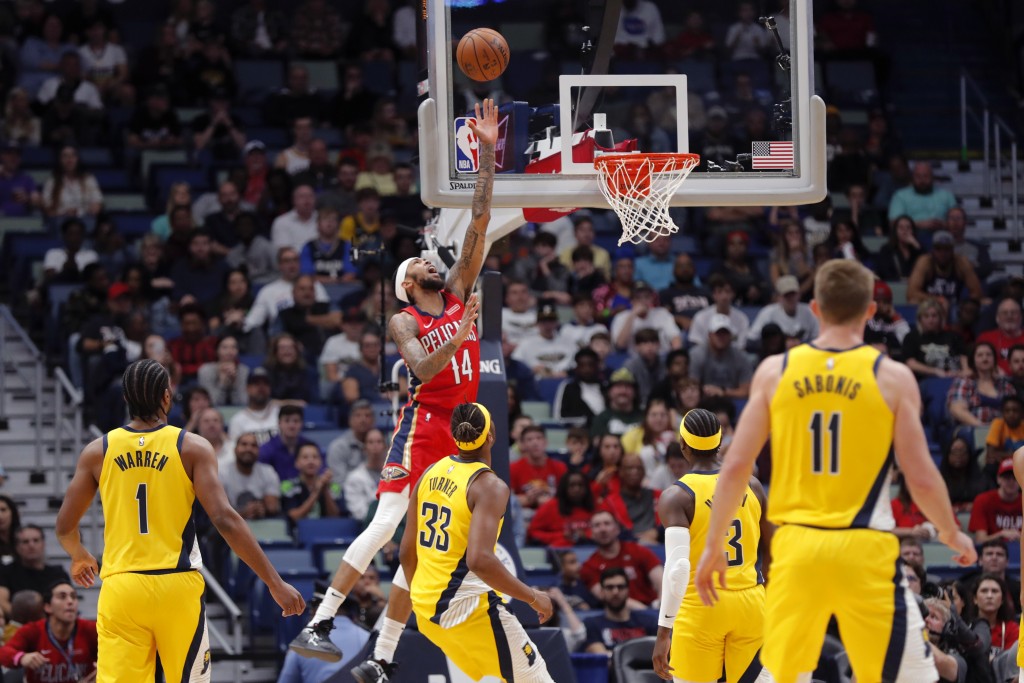 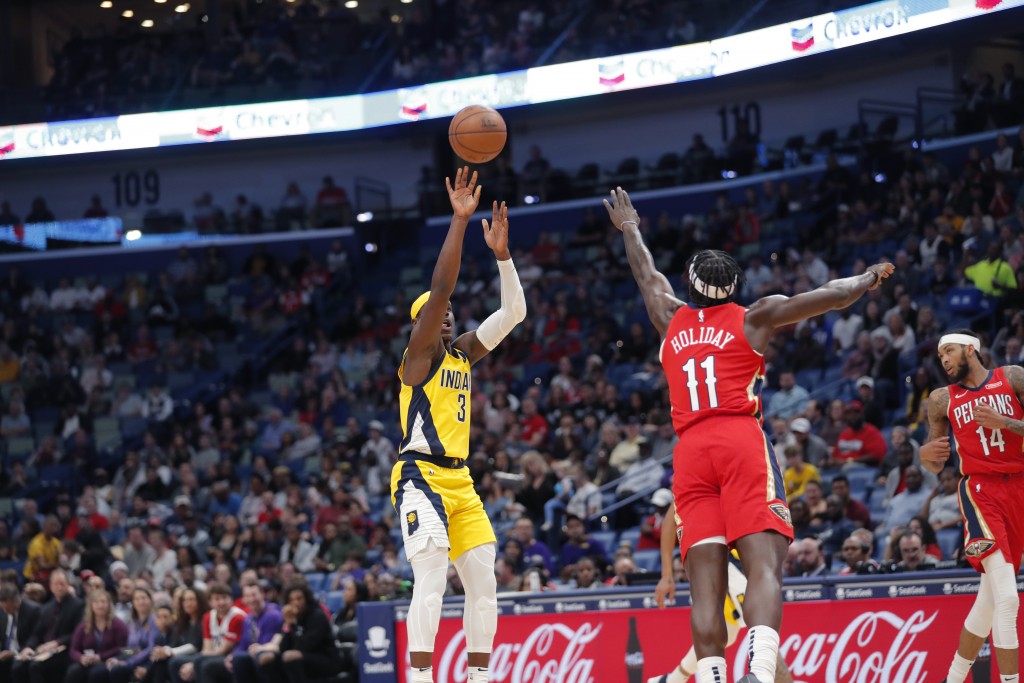 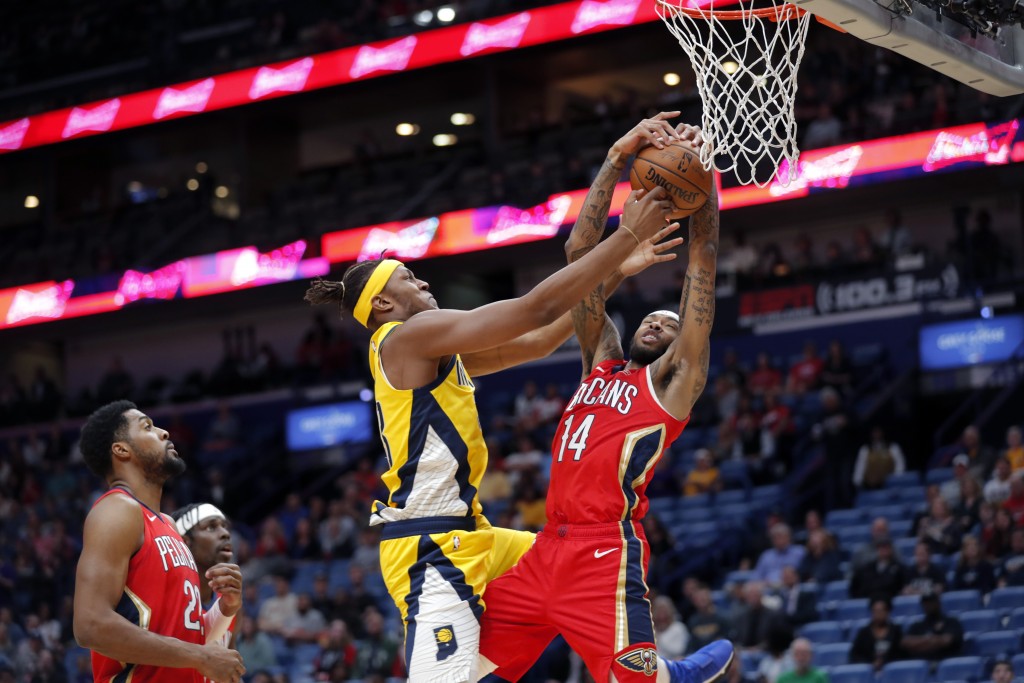 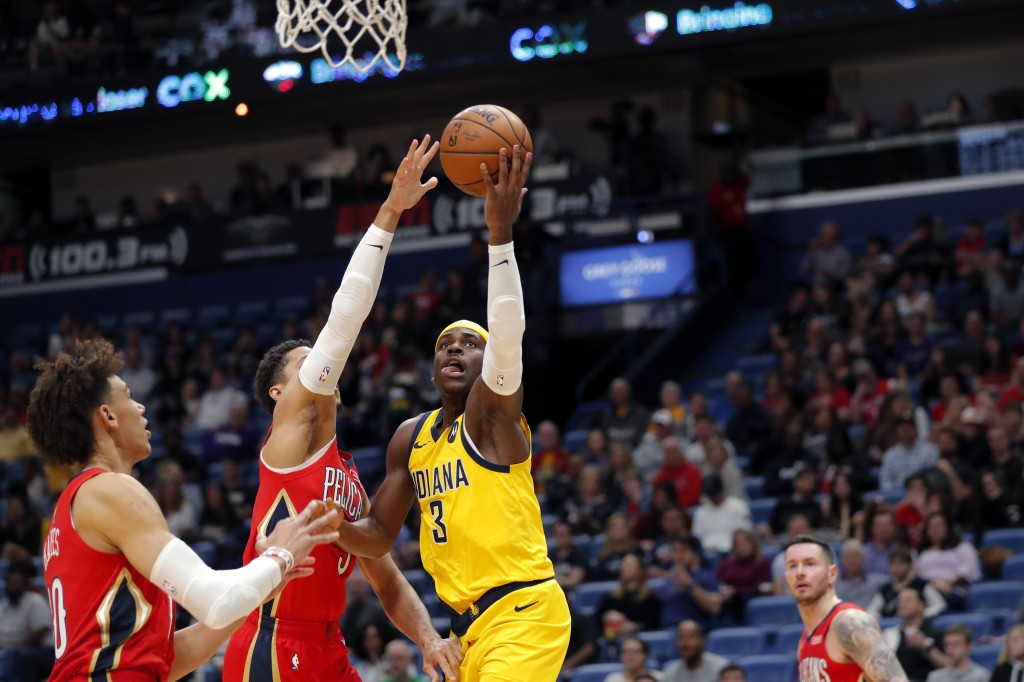 JJ Redick scored 15 and Lonzo Ball 13, hitting four of eight 3-point shots as he continues to gain comfort with his new shooting motion this season.

Derrick Favors added 10 points and 16 rebounds as New Orleans won for the fourth time in five games after having lost a franchise-record 13 straight before that.

Aaron Holiday scored 25 points and T.J. Warren 20 for the Pacers, who have started strong overall this season but have stumbled of late, losing three of four.

Domantas Sabonis had 15 points and 16 rebounds for the Pacers, but Indiana managed to make just 38.8% of its shots (33 of 85) and committed 18 turnovers that the Pelicans' up-tempo offense turned into 24 points.

Seeking a positive response to their loss a night earlier in Miami, Indiana led by 13 after closing the first quarter on a 9-0 run that included Sabonis' 3 and pair of free throws.

But Holiday's driving layup began a 9-0 Pelicans run to open the second quarter. Moore hit a 3 and Holiday capped the spurt with a turnaround jumper to cut the Pacers' lead to 32-28.

New Orleans edged back in front when Redick's free throws capped a 6-0 spurt to make it 41-39, and the Pelicans maintained a slim lead from there before pulling away by outscoring Indiana 30-13 during the last eight minutes of the third quarter.

Pacers: Shot 6 of 28 from 3-point range. ... Jeremy Lamb missed 10 of 12 shots, including all four 3s he attempted and finished with seven points. ... Indiana had just three players score 10 or more. ... Myles Turner and Doug McDermott each scored nine points.

Pelicans: Josh Hart and E'Twaun Moore each scored 11, with Moore hitting three times from deep. ... Ingram and Holiday each assisted on seven baskets. ... New Orleans has played better defense lately, allowing fewer than 102 points per game during its last six games and going 4-2 in that stretch.