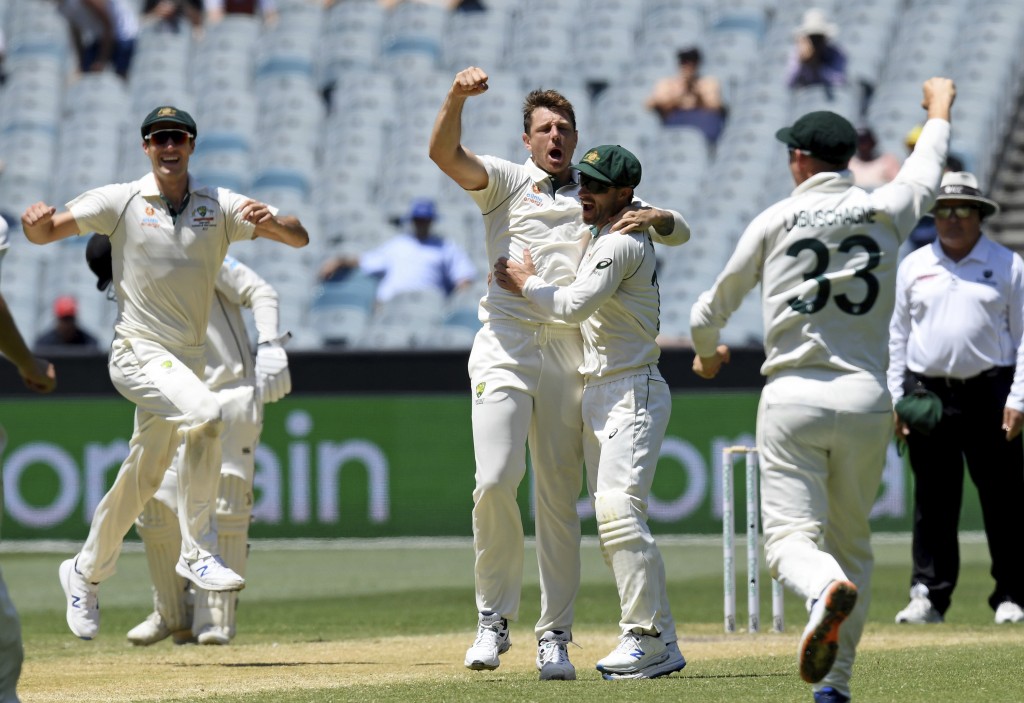 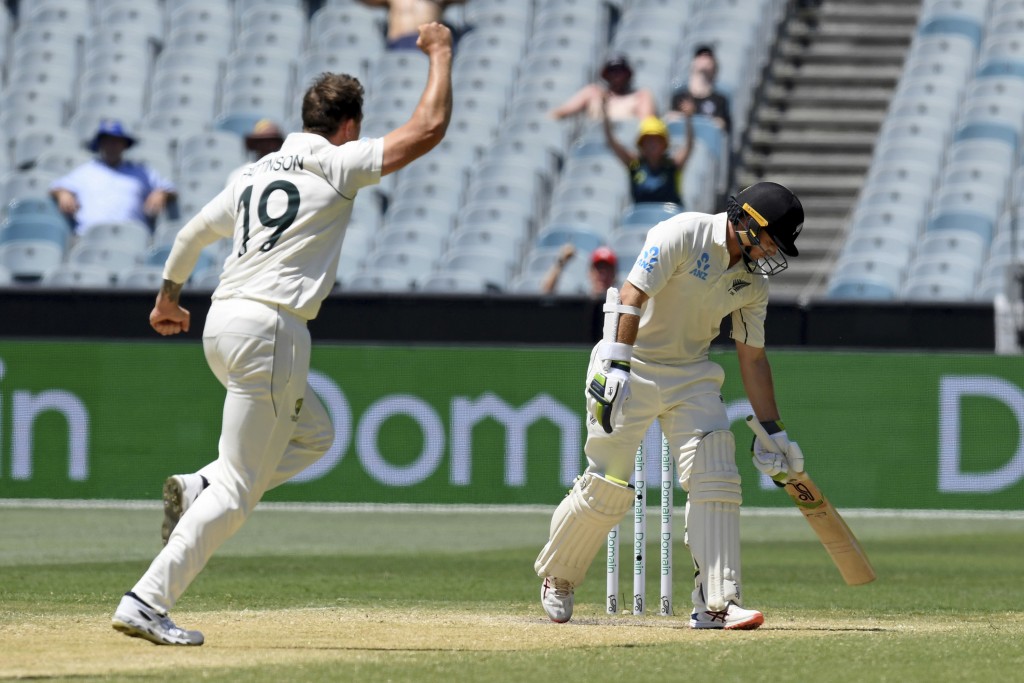 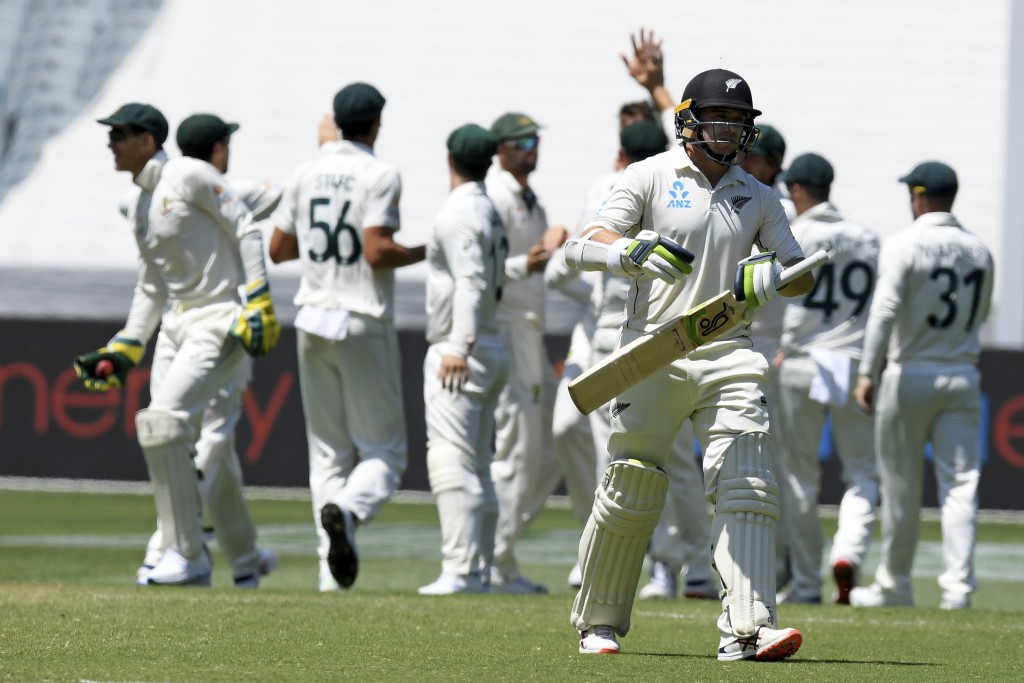 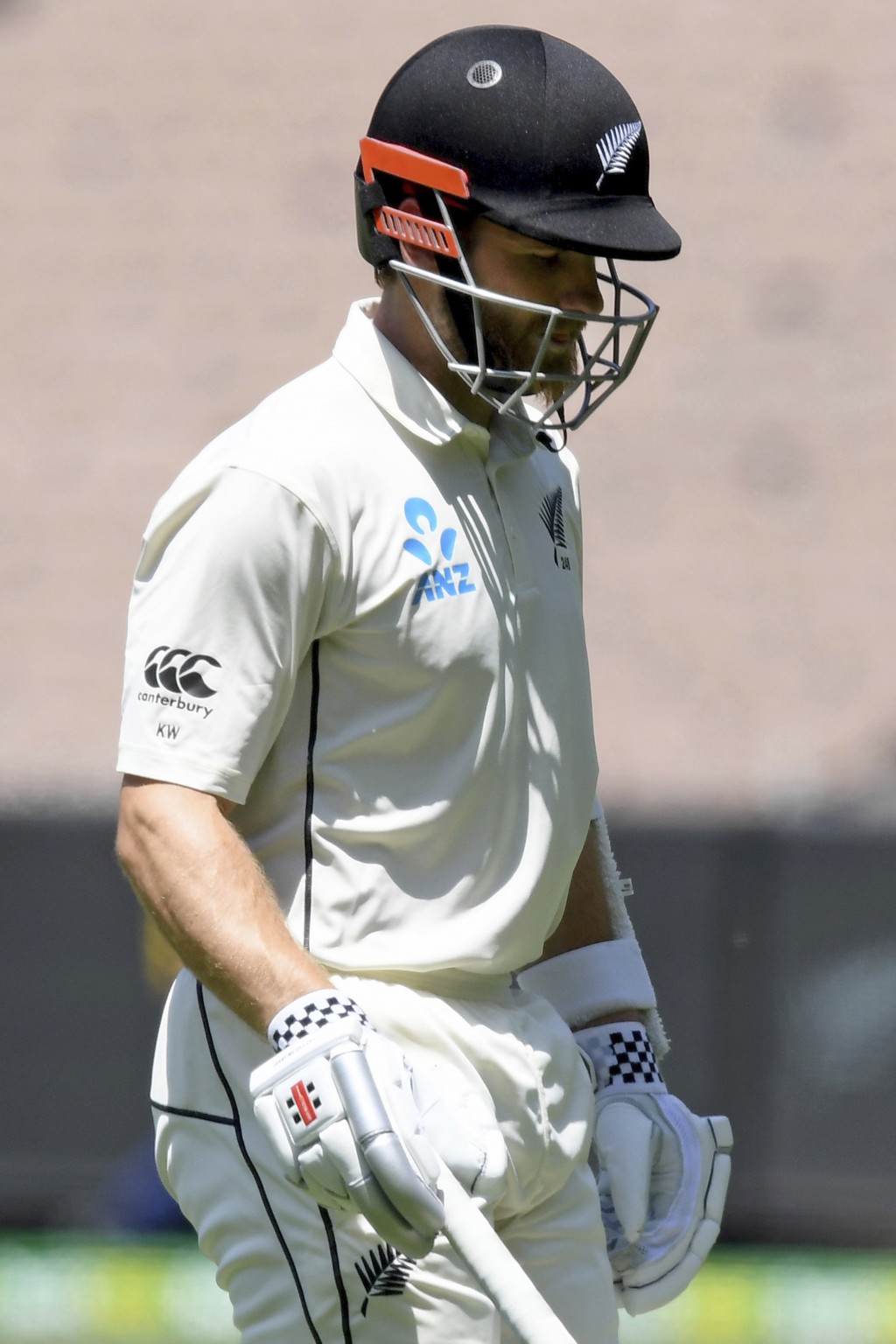 MELBOURNE, Australia (AP) — Australia pace bowler James Pattinson struck three times in two overs to leave New Zealand in a desperate position at 38-3 at lunch on day four of the second test, chasing an improbable target of 488 for a series-leveling win.

New Zealand requires another 450 runs to win with their best batsman, world No. 3-ranked Kane Williamson, already back in the pavilion.Coming on as first-change bowler, Pattinson had opener Tom Latham (8) caught behind to make the the total 32-1.

In his next over, Pattinson trapped Williamson lbw for a duck and Ross Taylor (2) chopped a short ball onto his stumps four deliveries later.

Australia captain Tim Paine declared Sunday morning at 168-5 in the second innings, an overall lead of 487, after Matthew Wade (30 not out) and first-innings century-maker Travis Head (28) added 31 to the overnight total.

Paine declared immediately after Neil Wagner (4-83 and 3-50) bowled Head in the 10th over of the day’s play. Wagner has taken 14 wickets in the first two tests of the three-match series and reached the 200-wicket milestone during Australia’s second innings.

New Zealand had a major setback Saturday when pace spearhead Trent Boult was ruled out of the third and final test in Sydney starting on Jan. 3. Boult fractured his right hand, his non-bowling hand, while batting in New Zealand’s first innings.

Australia leads the three-match series against after winning the first test by 296 runs in Perth.