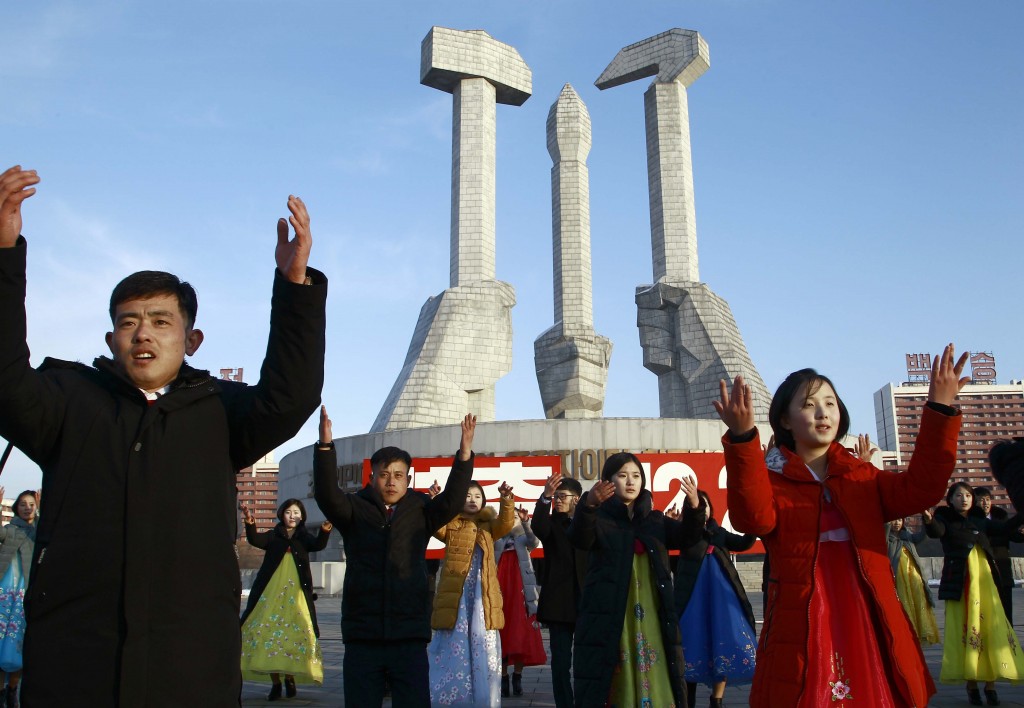 The ruling Workers’ Party meeting is a focus of keen attention as some observers predict North Korea might use the conference to announce it would abandon faltering diplomacy with the U.S. and lift its moratorium on major weapons test.

The Korean Central News Agency reported that leader Kim Jong Un presided over a plenary meeting of the party's Central Committee convened in Pyongyang on Saturday. It called the gathering the “first-day session,” suggesting it would continue for several days.

The meeting is intended to “overcome the manifold and harsh trials and difficulties and further accelerate the development of the revolution with transparent anti-imperialist independent stand and firm will,” KCNA said.

The meeting will also discuss “important matters" in the party and national defense, KCNA said.

KCNA said Kim made a speech on overall state affairs and the work of the Central Committee, but gave no further details.

Kim gave the U.S. until the end of this year to offer new initiatives to salvage the nuclear negotiations. North Korea has recently warned that its resumption of tests of long-range missiles and nuclear devices depends on U.S. action.

The nuclear talks have made little progress since the February collapse of a second summit between Kim and President Donald Trump in Vietnam. North Korea is pushing to win major sanctions relief in return for limited denuclearization steps, but the U.S. maintains sanctions will stay in place until North Korea takes significant steps toward ridding itself of nuclear weapons and technology.