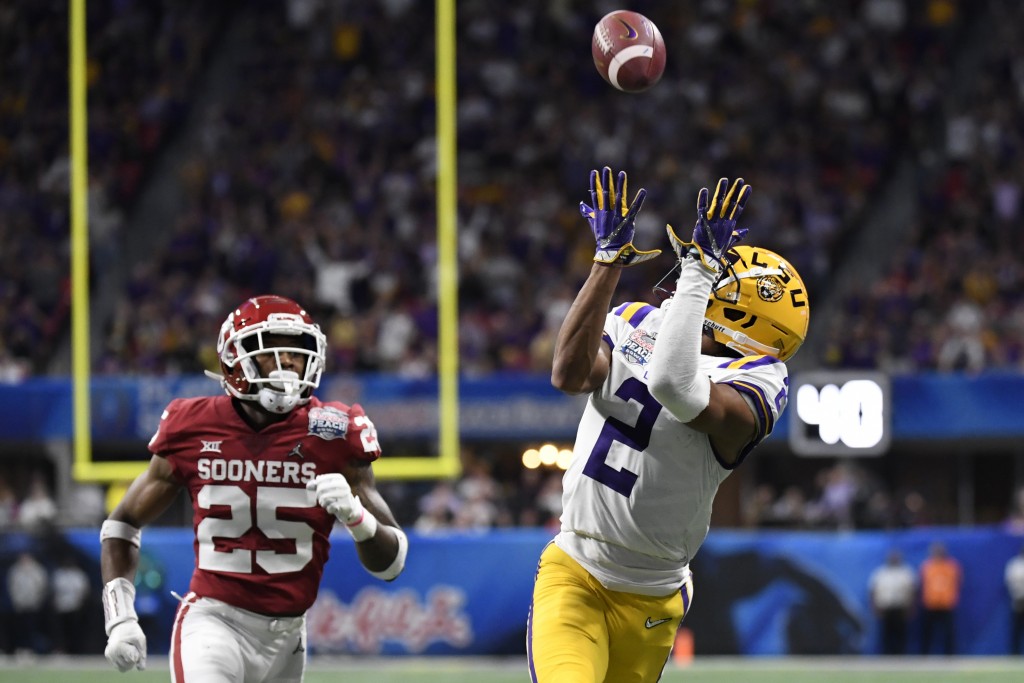 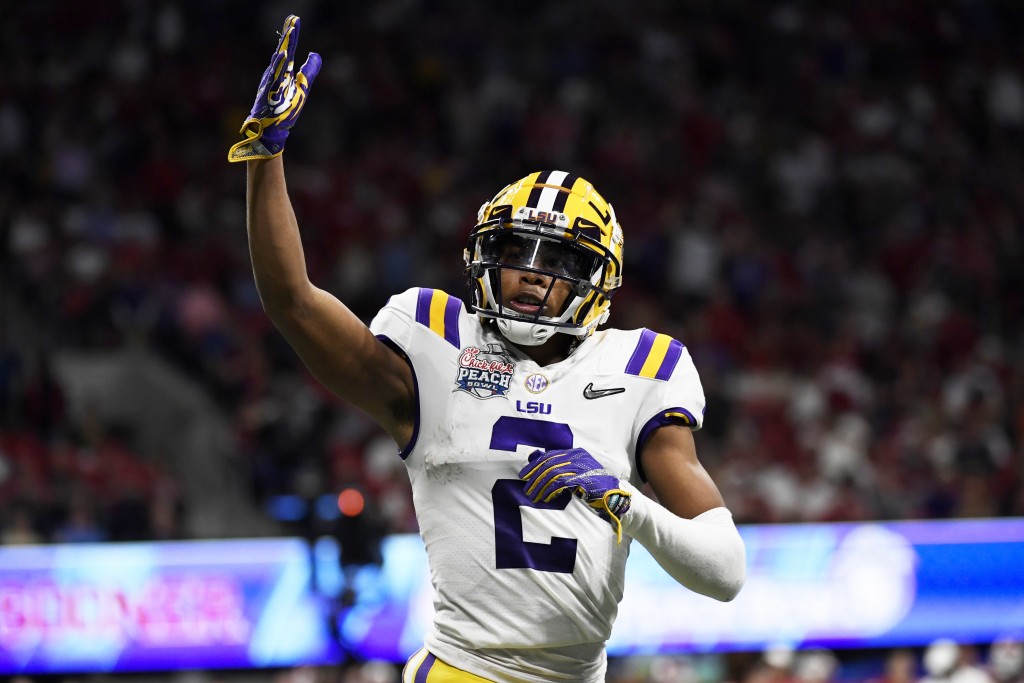 ATLANTA (AP) — Joe Burrow turned in the greatest performance yet in his Heisman Trophy season, throwing for seven touchdowns and 493 yards as No. 1 LSU romped to a breathtaking 63-28 victory over No. 4 Oklahoma in the Peach Bowl semifinal game Saturday.

The Tigers (14-0) headed to the national championship game against either No. 2 Ohio State or No. 3 Clemson clicking on all cylinders, having dismantled the Sooners (12-2) with a first half for the ages.

Burrow tied the record for any college bowl game with his seven TD passes — which all came before the bands hit the field for the halftime show at Mercedes-Benz Stadium. Justin Jefferson was on the receiving end for four of those scoring plays, also tying a bowl record.

For good measure, Burrows scored an eighth TD himself on a 3-yard run in the third quarter, thoroughly dominating his expected duel with Oklahoma quarterback Jalen Hurts, the Heisman runner-up.

All that as the Tigers played with heavy hearts. Shortly before the game, LSU offensive coordinator Steve Ensminger learned that his daughter-in-law, broadcaster Carley McCord, was among five people killed in a plane crash in Louisiana. The small plane went down shortly after takeoff for what was supposed to be a flight to Atlanta for the game. Emsminger had tears running down his cheeks during warmups, but he was in his usual spot high above the field when the game kicked off, calling plays along with passing game coordinator Joe Brady.

While Penn State (11-2, No. 10 CFP) gave up its most points and yards all season against the big-play Group of Five Tigers, Parsons pulled down quarterback Brady White, who flipped the ball right into the hands of Taylor. That put the Nittany Lions up 45-36 in the final minute of the third quarter, only three plays after Brown had been stopped short on a fourth-and-1.

White was 32-of-51 passing for 454 yards with two interceptions and no touchdowns. Patrick Taylor Jr. and Kenneth Gainwell both had rushing touchdowns for the Tigers, but the rest of their points came on a Cotton Bowl-record six field goals by Riley Patterson, including a record-long 51-yarder.

The Tigers finished with 542 total yards, but White was sacked a season-high six times and didn't throw a touchdown pass for the first time since the season opener. The Nittany Lions had 529 total yards.

Book completed 20 of 28 passes without an interception, including a 27-yard scoring throw to Chase Claypool to help the Fighting Irish (11-2, No. 15 CFP) win their sixth straight game.

Claypool had seven receptions for 146 yards and was selected the game MVP. Jones finished with 135 yards rushing. Brock Purdy was 17 of 30 for 222 yards and no interceptions for Iowa State (7-6).