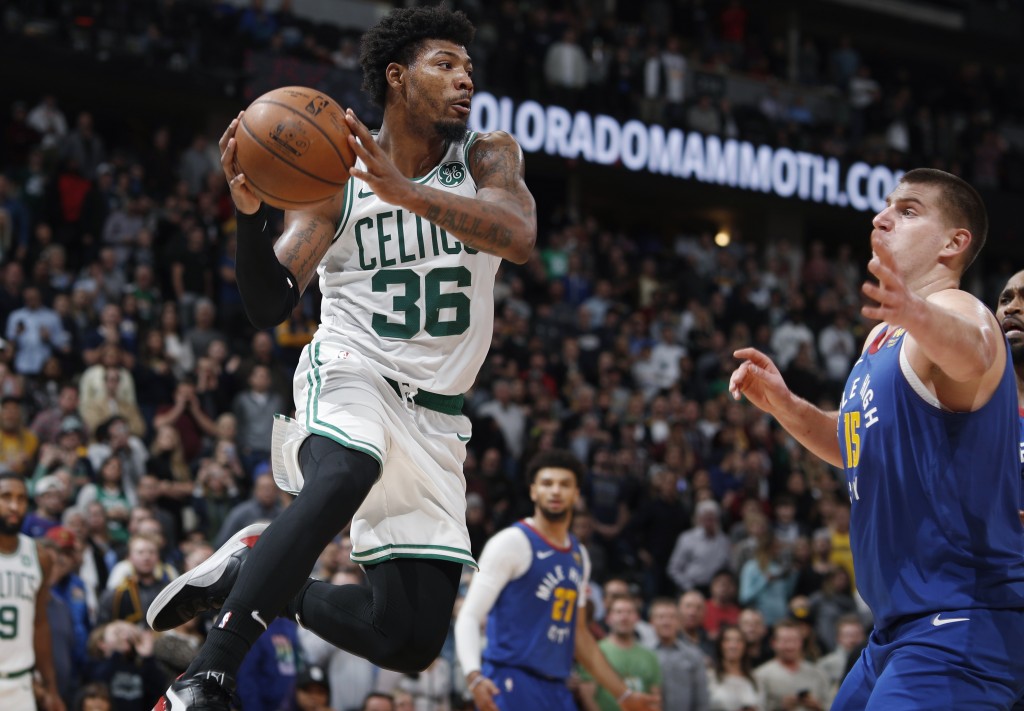 BOSTON (AP) — Celtics guard Marcus Smart returned to action for against Toronto on Saturday night after missing the previous eight games with an eye infection that spread to both eyes.

Boston coach Brad Stevens said before the game that “he won’t play as many minutes."

The 25-year-old Smart, known for his tough defense, is averaging 11.8 points, 4.6 assists and 3.4 assists per game. He entered midway into the opening quarter to a loud ovation when he was introduced.

He hadn’t played since Dec. 6.