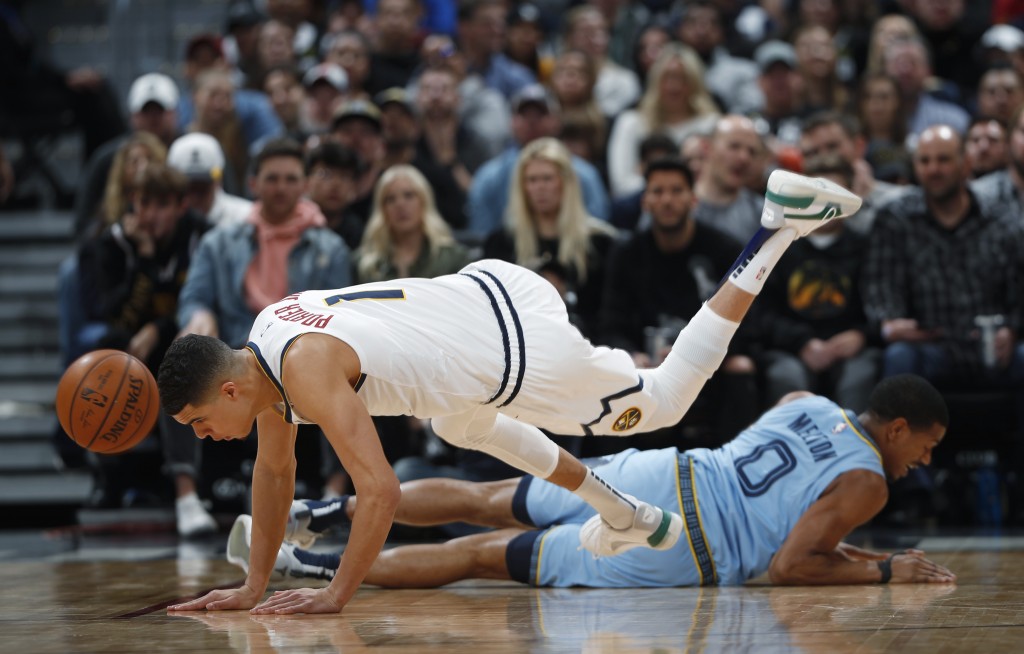 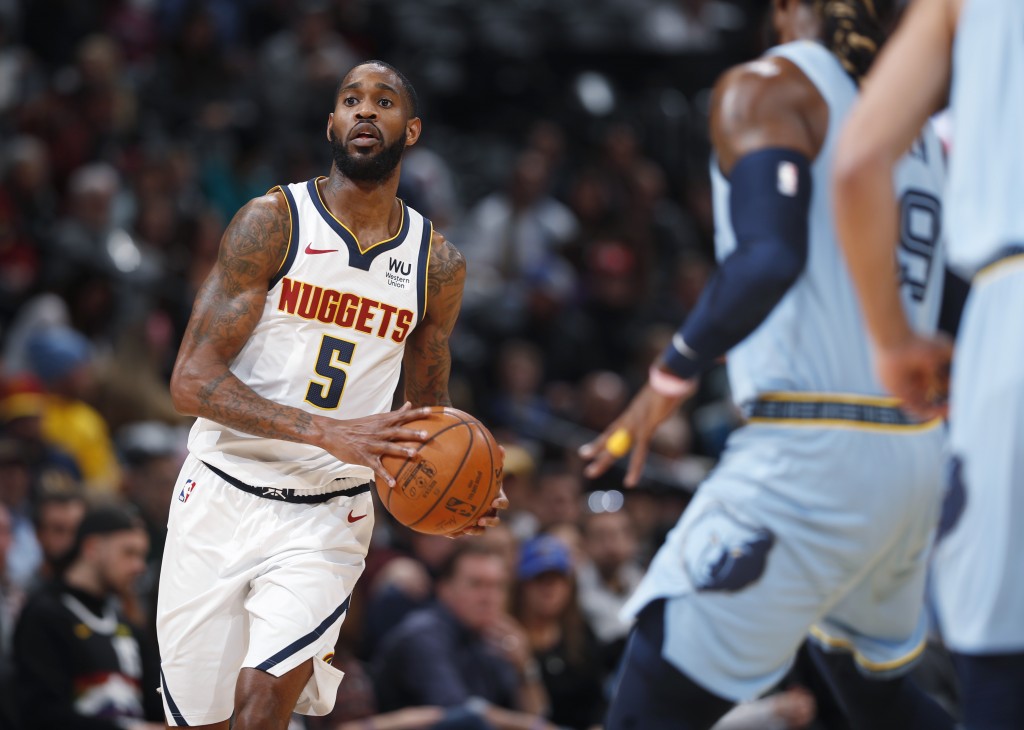 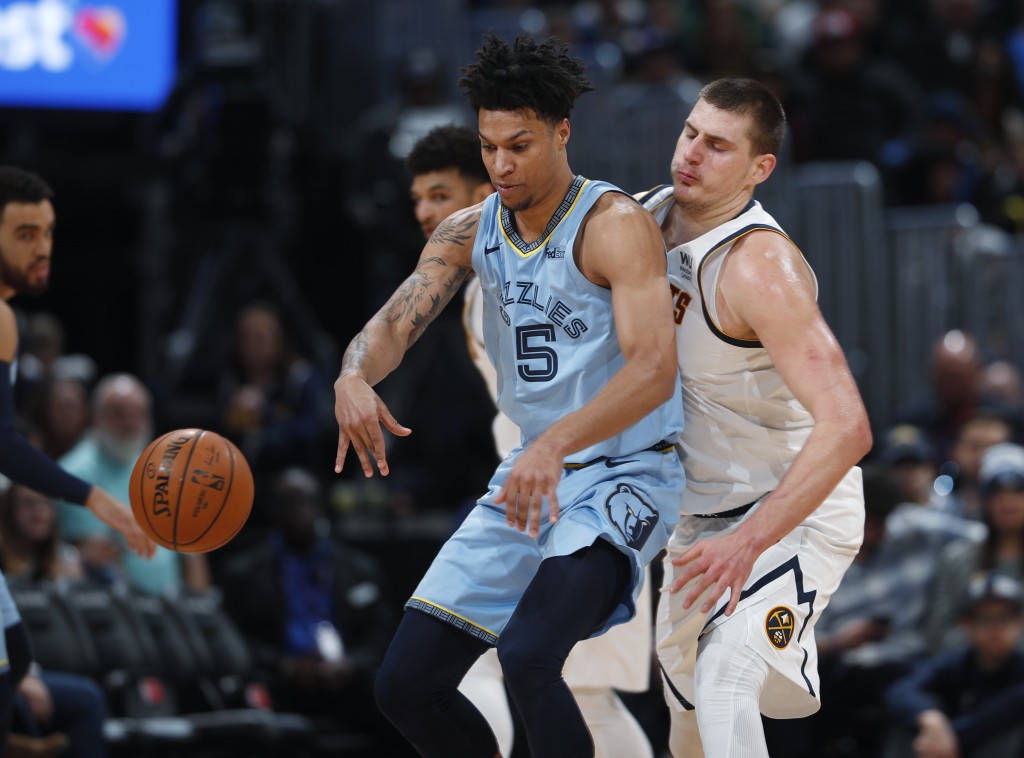 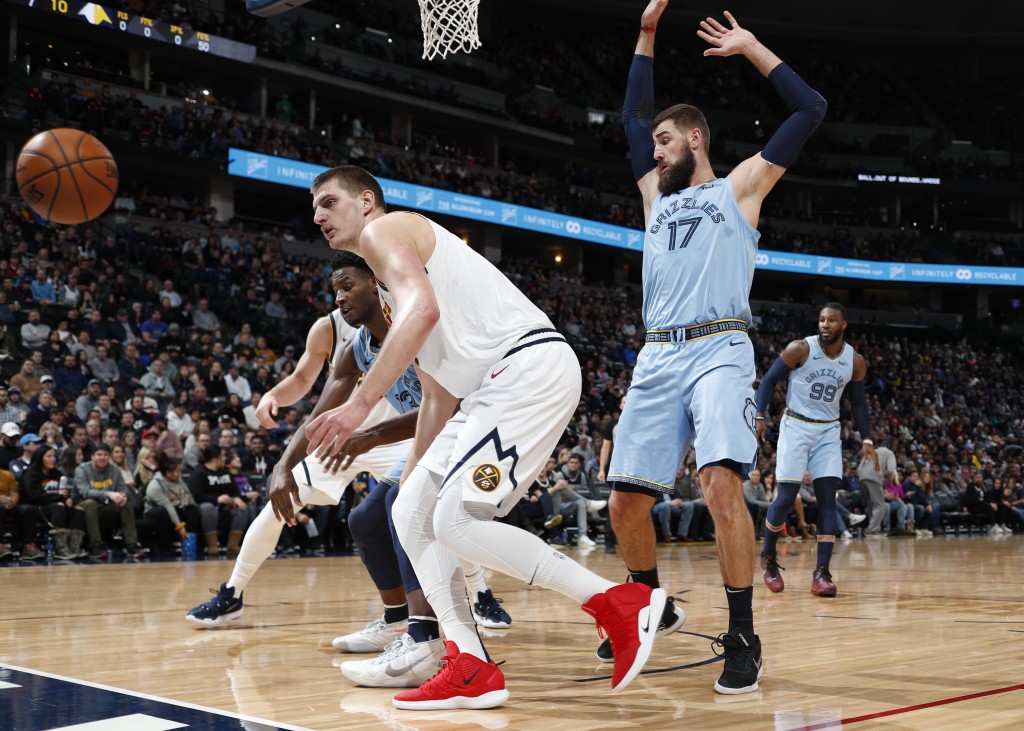 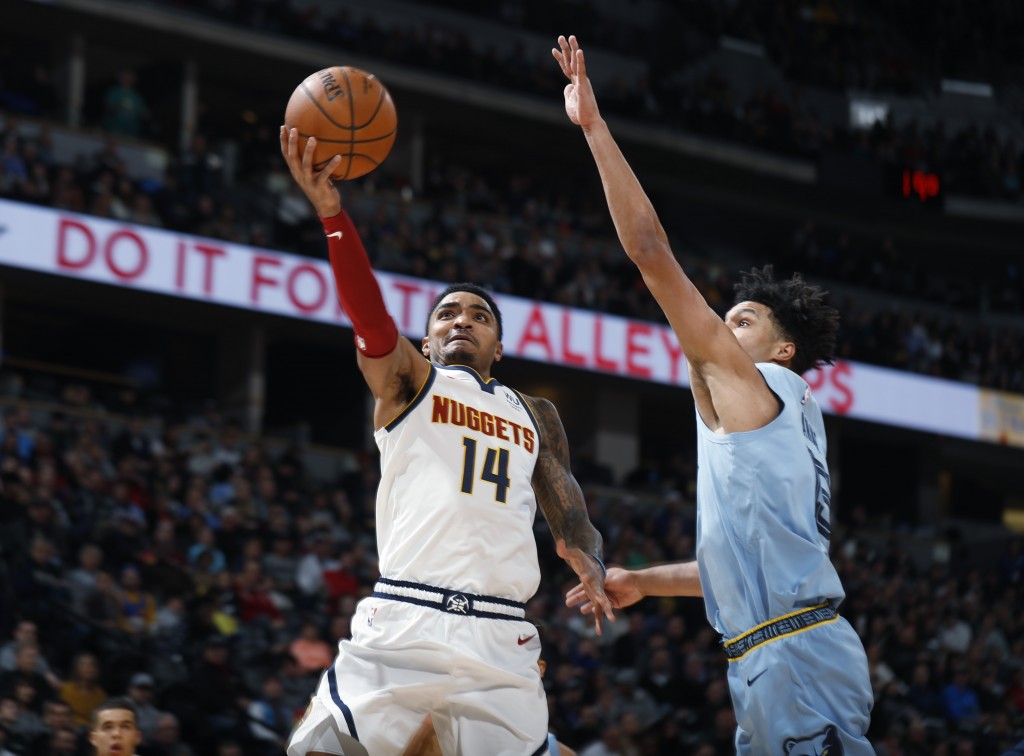 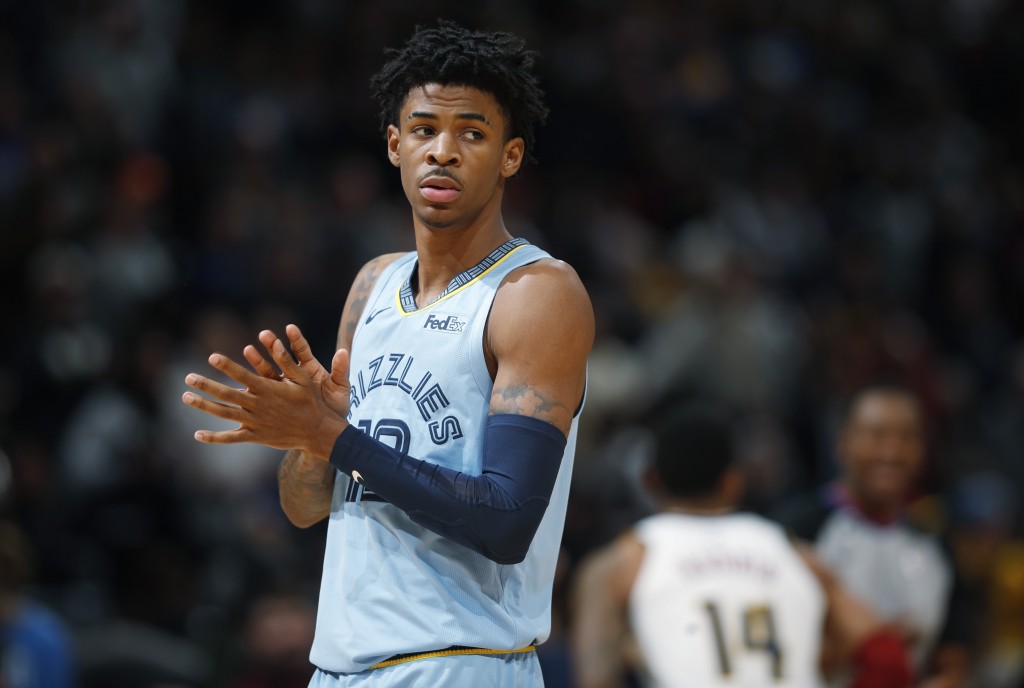 DENVER (AP) — Nikola Jokic scored a season-high 31 points, and added 10 rebounds and 10 assists for his seventh triple-double of the season, leading the Denver Nuggets to a 119-110 victory over the Memphis Grizzlies on Saturday night.

Jokic, who has 35 career triple-doubles, has 11 double-doubles in the last 12 games, helping Denver win eight of its last nine. Will Barton had 20 points and Jamal Murray and Mason Plumlee each scored 15 for the Nuggets.

Denver never trailed and led by as many as 23 points in the first half when its two 7-footers, Jokic and Plumlee, sat with three fouls each. The Grizzlies made a run and closed within 50-39 at the end of the first half, with the final points coming on a dunk by Brandon Clarke just before the horn.

The Grizzlies missed 20 of their first 25 shots and went 20 for 33 to close out the third quarter.

Memphis closed within 52-49 early in the third quarter, the closest it had been since early in the first. Denver went on a 16-4 run later in the period and took a 14-point lead into the fourth.

Jonas Valanciunas had eight of his 14 points in the first three minutes of the quarter to get Memphis within eight. Denver went ahead by 14, but a 3-pointer by Jackson cut it to 102-95 with 5:15 left, but the Nuggets scored the next six and held off the Grizzlies.

Grizzlies: Valanciunas had 10 rebounds. ... Have lost four straight and 31 of their last 38 games played in Denver. ... Memphis made more free throws (13) than field goals (12) in the first half.

Nuggets: F Paul Millsap was out with a left quadricep contusion. Millsap missed two games earlier in December with a similar injury. .... Plumlee made his first start of the season after coming off the bench for 30 games. ... Mallory Pugh, a member of USA team that won the women's World Cup last summer, took the ceremonial free throw before the opening tip.

Denver didn't attempt a foul shot in the first half, while the Grizzlies were 13 of 16 from the line. It is the second time this season a Memphis opponent has shot one or fewer free throws. The Nuggets got their first attempts from the line when Jokic hit a pair with 10:47 left in the third.