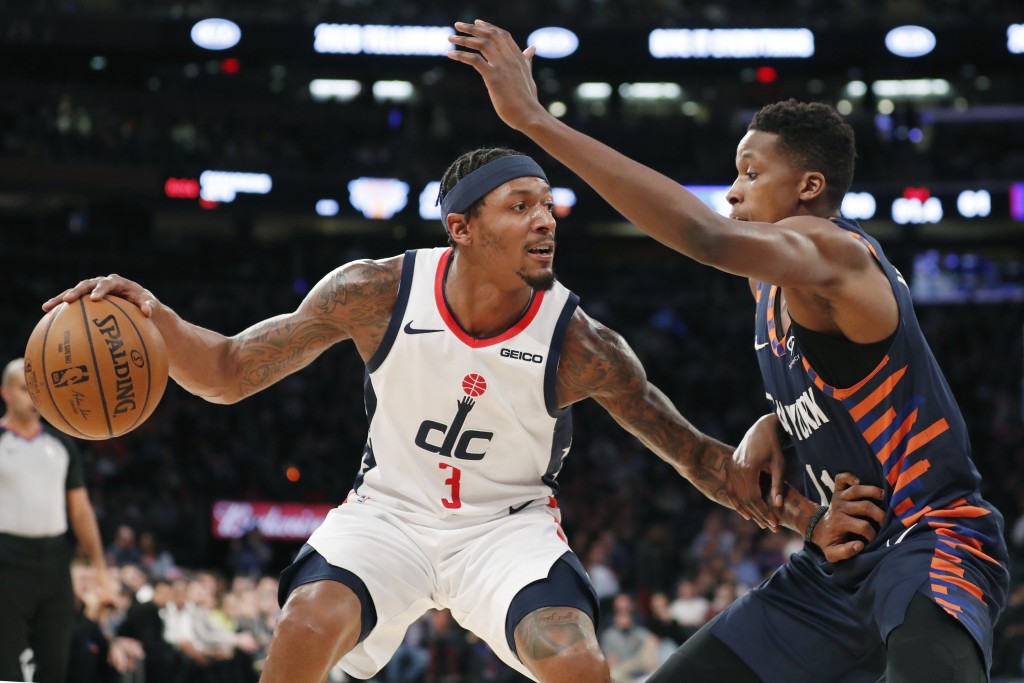 WASHINGTON (AP) — Washington Wizards guard Bradley Beal is out for Saturday's game with the New York Knicks due to soreness in his right leg.

Beal, who suffered the injury in Thursday's loss at Detroit, ends his consecutive games streak at 194. He last missed a game on April 12, 2017. Beal, an All-Star the last two seasons, is fifth in the league in scoring at 27.8 points per game.

Wizards coach Scott Brooks said the injury was “nothing serious. Hopefully, he'll be back next game, but don't know that. Day-to-day from today. He feels better today.”

Washington's next game is Monday against Miami.

Brooks said that forwards Davis Bertans (quad), Rui Hachimura (groin) and center Mo Wagner (ankle) would all be out for at least the next week.