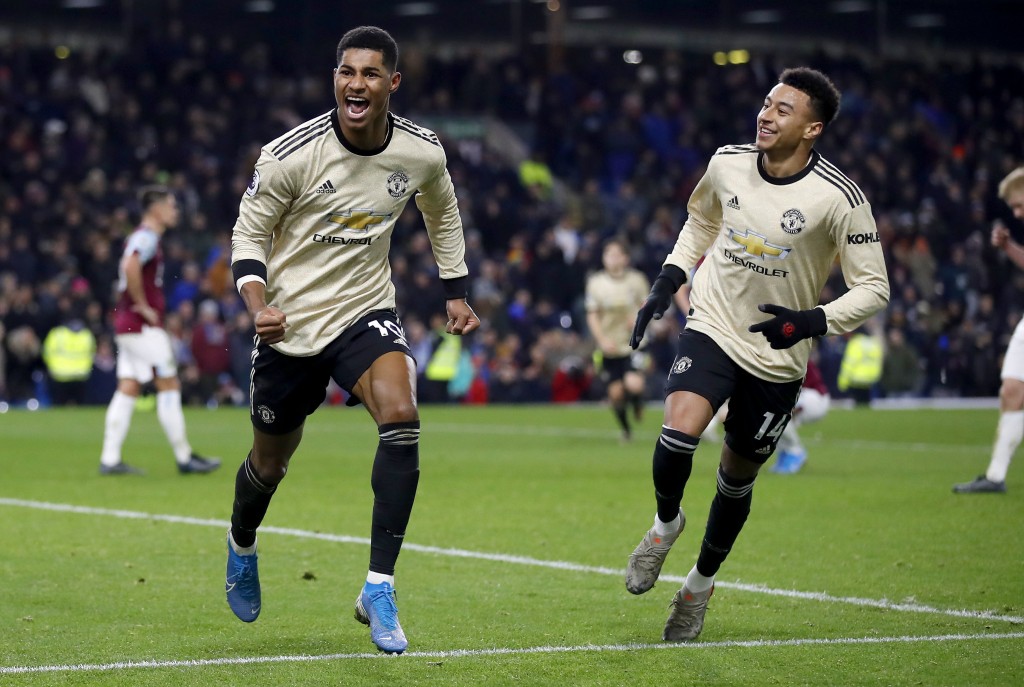 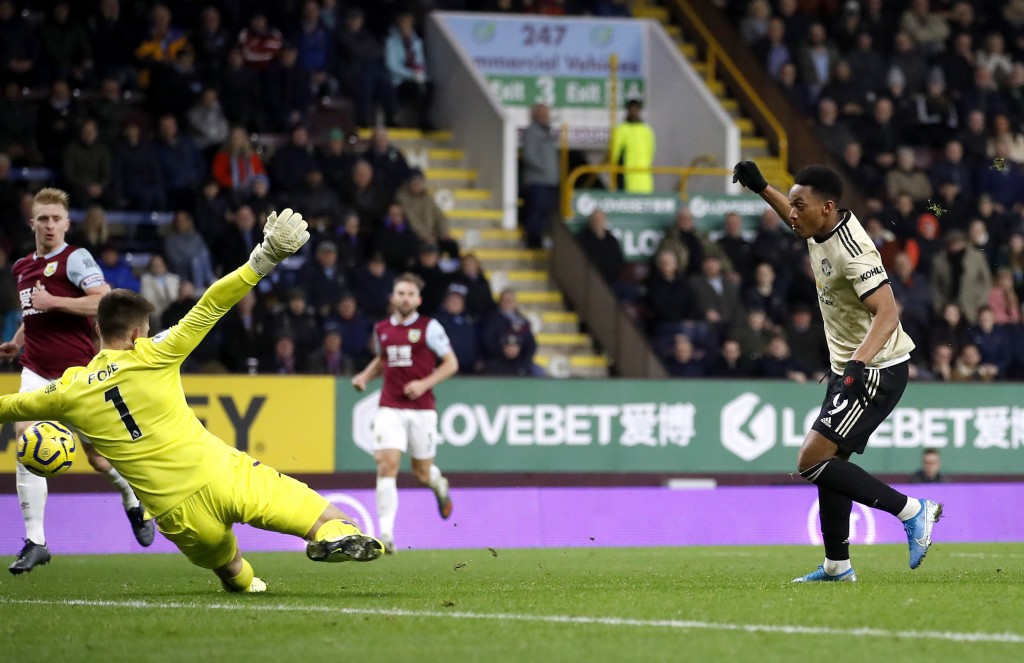 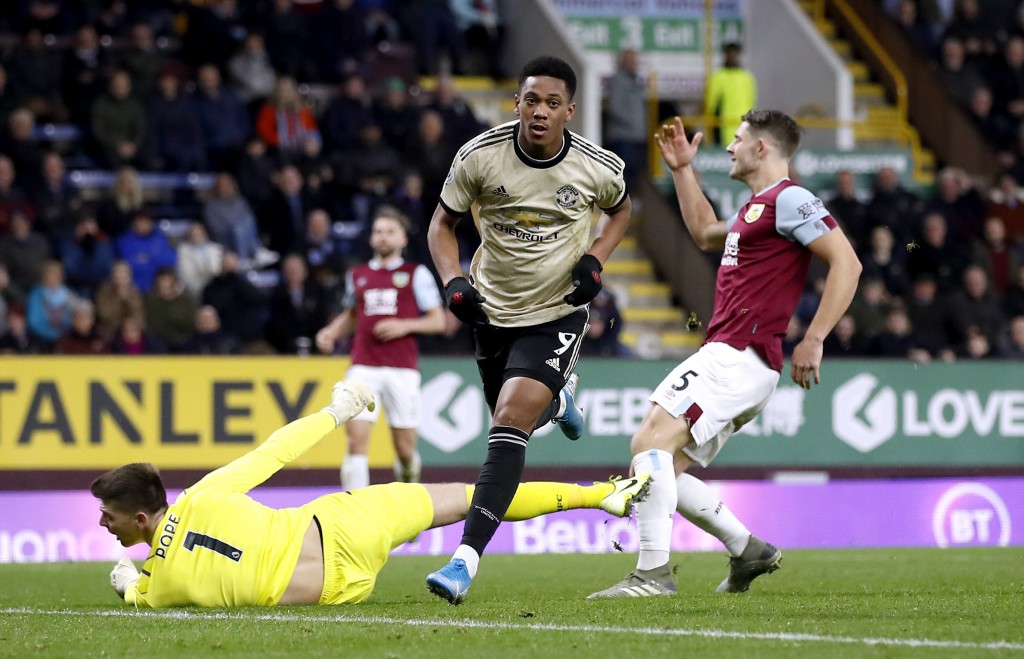 BURNLEY, England (AP) — Manchester United climbed to fifth in the Premier League after a 2-0 win at Burnley secured by goals from Anthony Martial and Marcus Rashford on Saturday.

United profited from a defensive error by Burnley left-back Charlie Taylor to take the lead, as Andreas Pereira played in Martial to score in the 44th minute.

The French forward, who netted twice in the win over Newcastle on Thursday, now has 10 goals in all competitions this season.

Rashford added the second goal on the counterattack deep into stoppage time as Burnley piled forward in search of an equalizer.

Chelsea, occupying fourth place and the final Champions League qualification spot, is a point clear of United going into its match at Arsenal on Sunday.

United has won six of its last eight games in a strong run that came when questions were being asked about the future of manager Ole Gunnar Solskjaer.