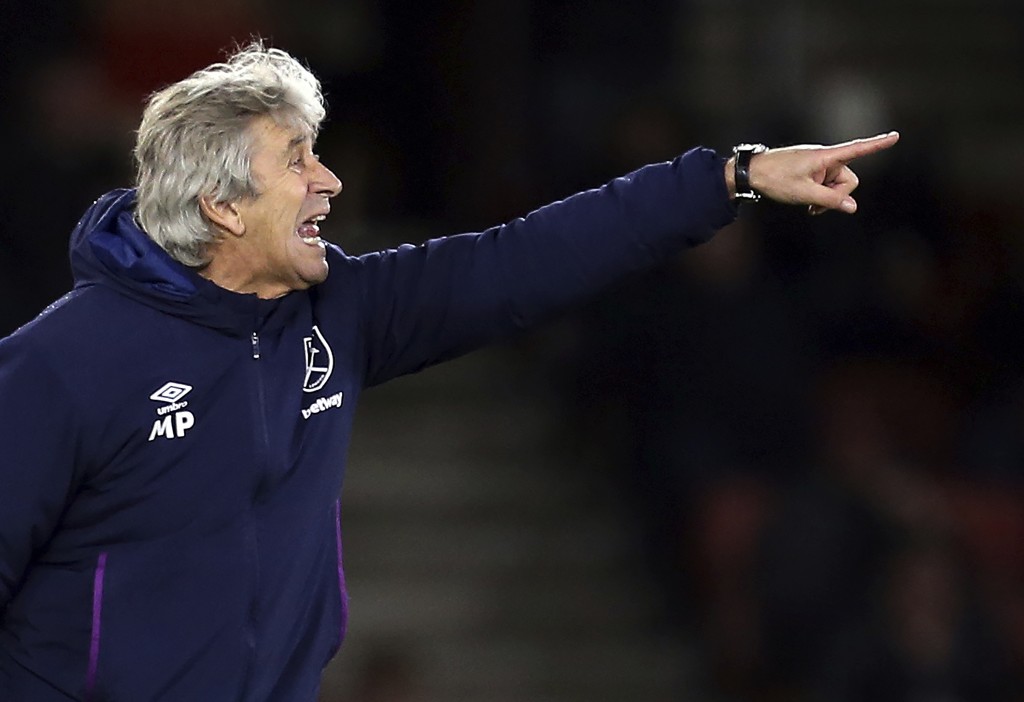 LONDON (AP) — Manuel Pellegrini was fired by West Ham on Saturday after 18 months in charge, with the team battling against relegation in the Premier League.

West Ham released a statement straight after a 2-1 loss to Leicester, saying: "It has become clear that a change is required to get the club back on track in line with our ambitions this season.

"We felt it was necessary to act now in order to give the new manager as much time as possible to try and achieve that goal.”

West Ham is a point and a place above the relegation zone.