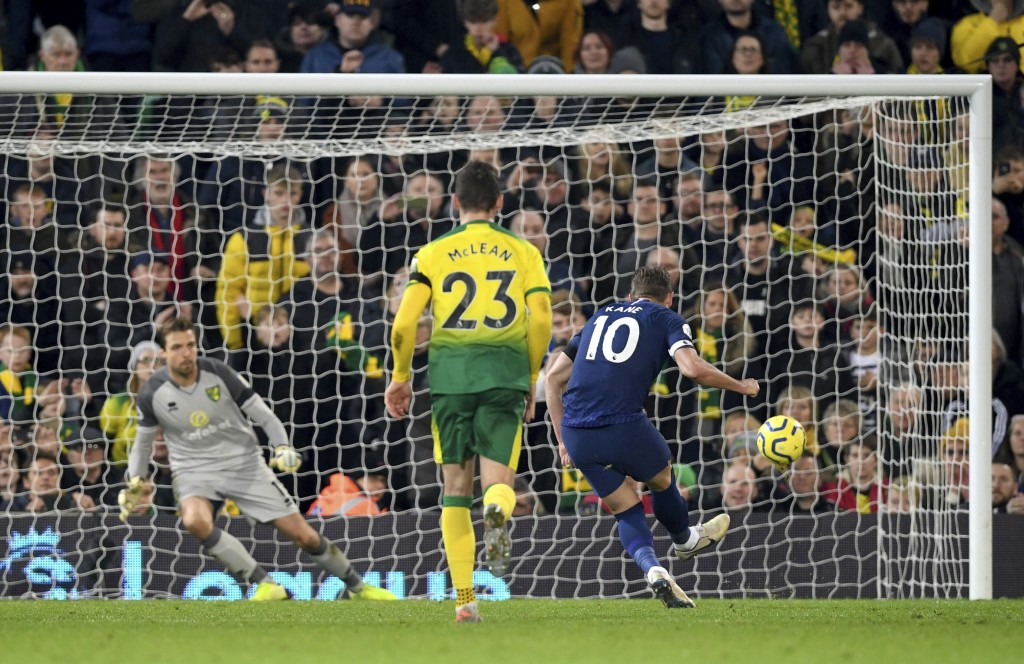 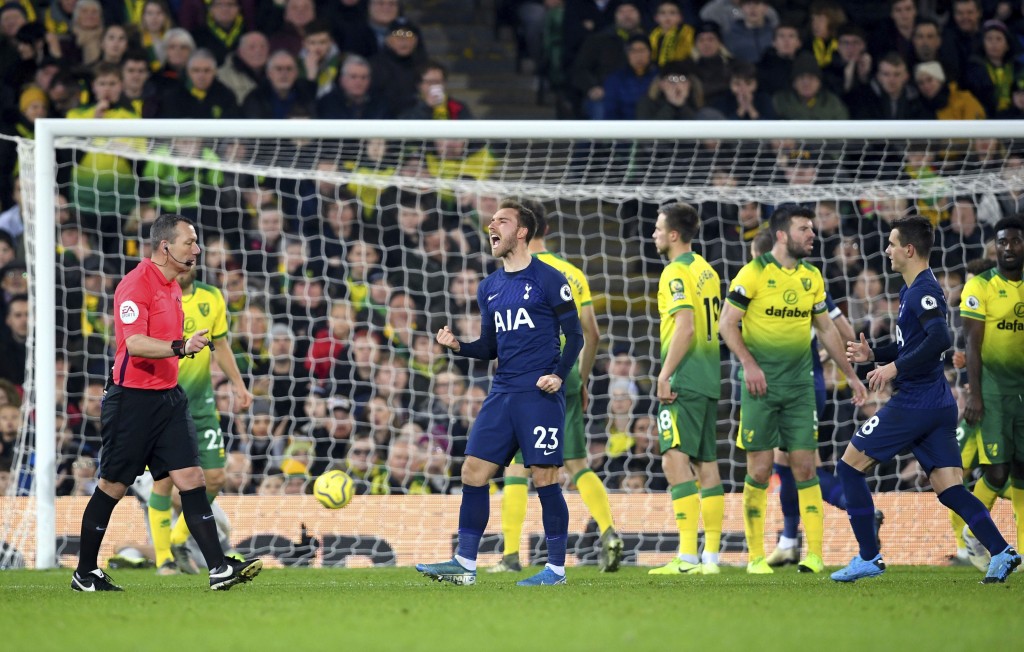 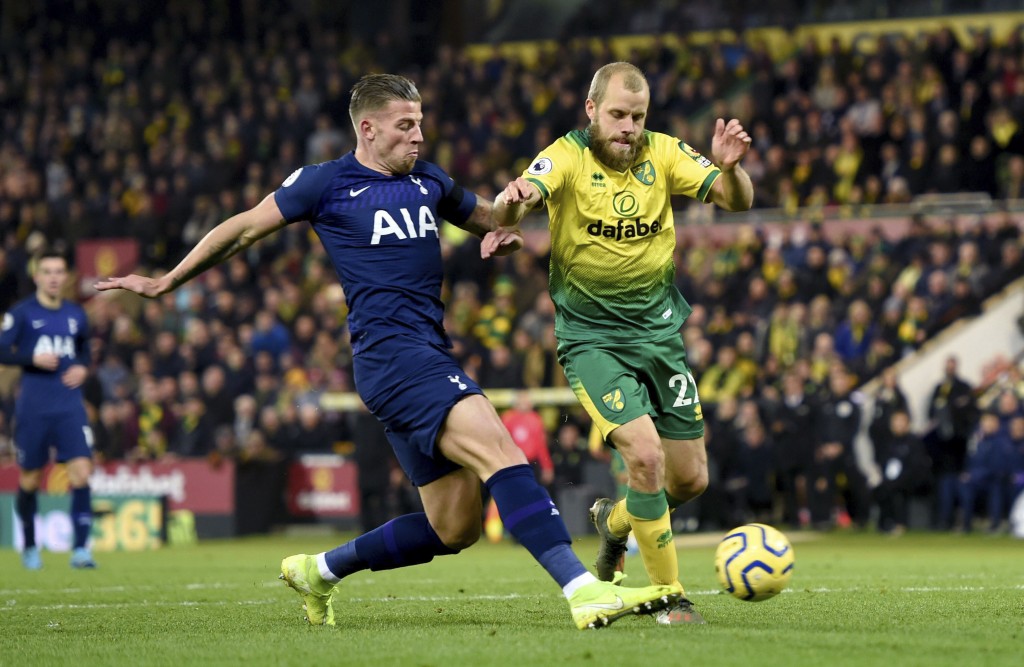 NORWICH, England (AP) — Tottenham needed a late penalty from Harry Kane on Saturday to salvage a 2-2 draw at Norwich, which was the latest team to be affected by VAR's interpretation of the offside law.

Kane struck from the spot in the 83rd minute, after being fouled, to deny the Canaries a first Premier League home win since beating Manchester City in September.

Norwich led twice, through Mario Vrancic's opener and Serge Aurier's own-goal, while Christian Eriksen scored Tottenham's first equalizer with a free kick from the edge of the area.

It might have been a different story had Teemu Pukki's goal not been ruled out for a marginal offside by the perpendicular lines of VAR when Norwich was leading 1-0, as the focus again zoomed in on the offside law and technology's role in applying it.

Norwich was fortunate to come up against a Spurs team which produced one of its worst performances of a patchy season but Jose Mourinho's men did at least rally for a point.

The draw meant Tottenham missed the chance to go into the top four for the first time since Sept. 14 and Mourinho is still scrambling to find a way to make his side more solid, with defensive errors leading to both Norwich goals.

Norwich remained bottom, six points from safety, and its winless run stretched to eight games. This was the fourth straight home match where the team let a winning position slip.