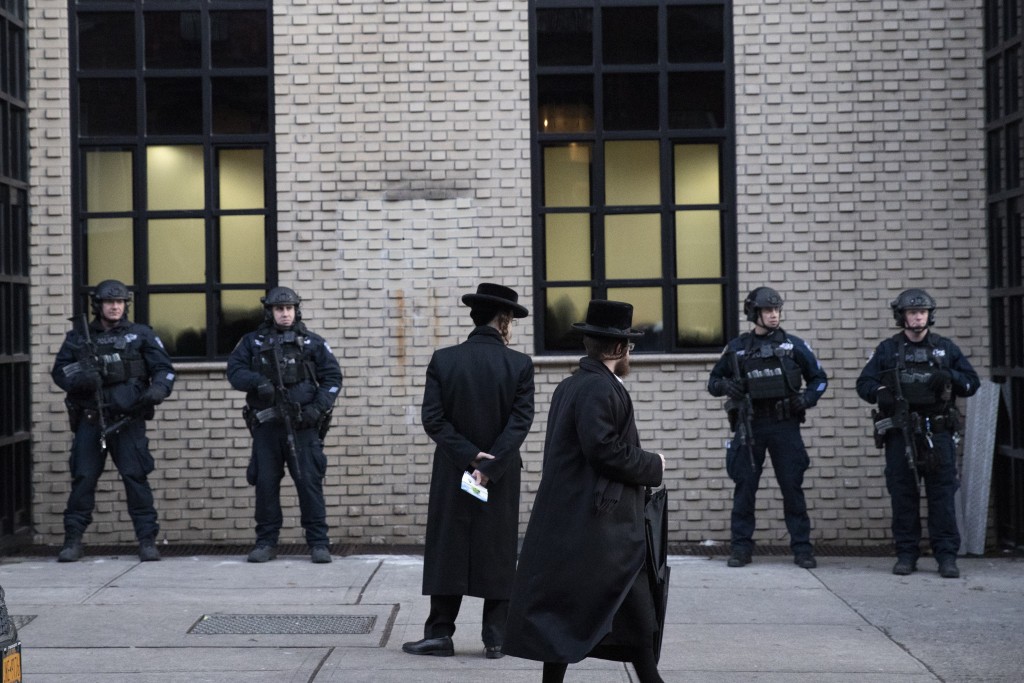 NEW YORK (AP) — A woman accused of slapping three people in one of a series of apparently anti-Semitic attacks reported throughout New York during Hanukkah was charged Saturday with attempted assault as a hate crime, court records show.

Tiffany Harris, 30, was released without bail after her arraignment on the attempted assault charge and misdemeanor and lower-level charges , according to the records.

An email seeking comment was sent to her lawyer. Harris rebuffed questions as she left a Brooklyn court, the New York Post reported.

Police said Harris slapped three women, ages 22 to 31, in the face and head after encountering them on a corner in Brooklyn's Crown Heights area. The victims suffered minor pain, police said.

Around the city, police have gotten at least six reports this week — and eight since Dec. 13 — of attacks possibly propelled by anti-Jewish bias.