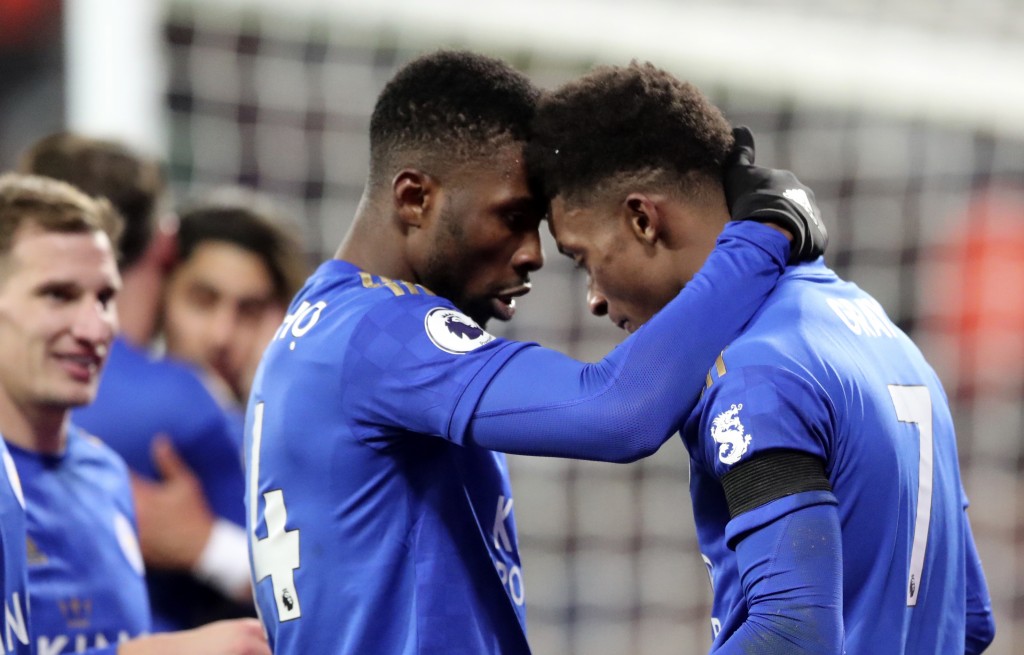 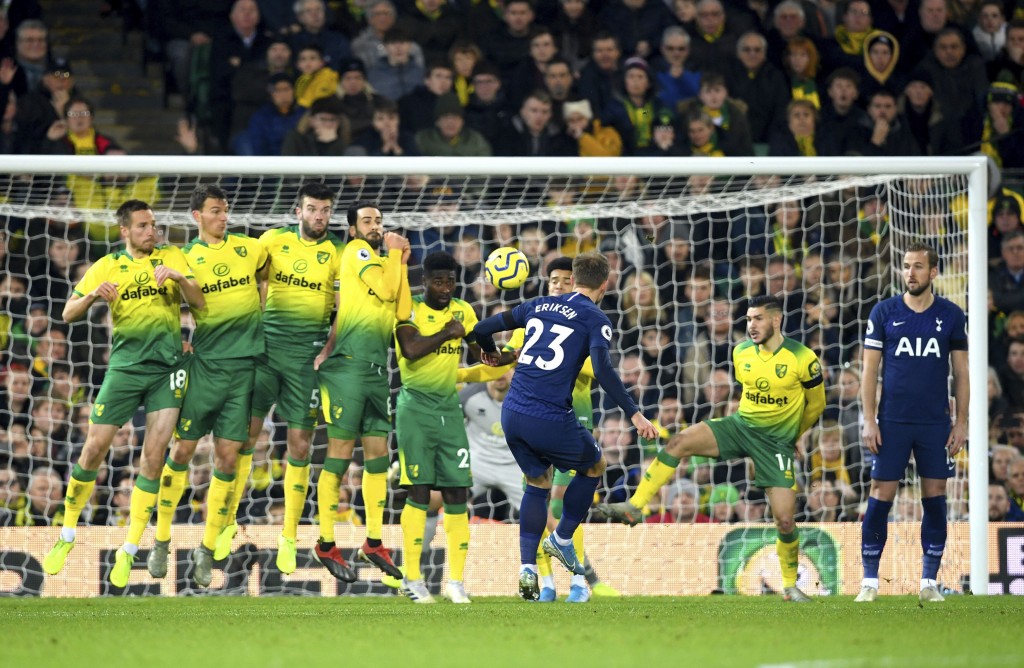 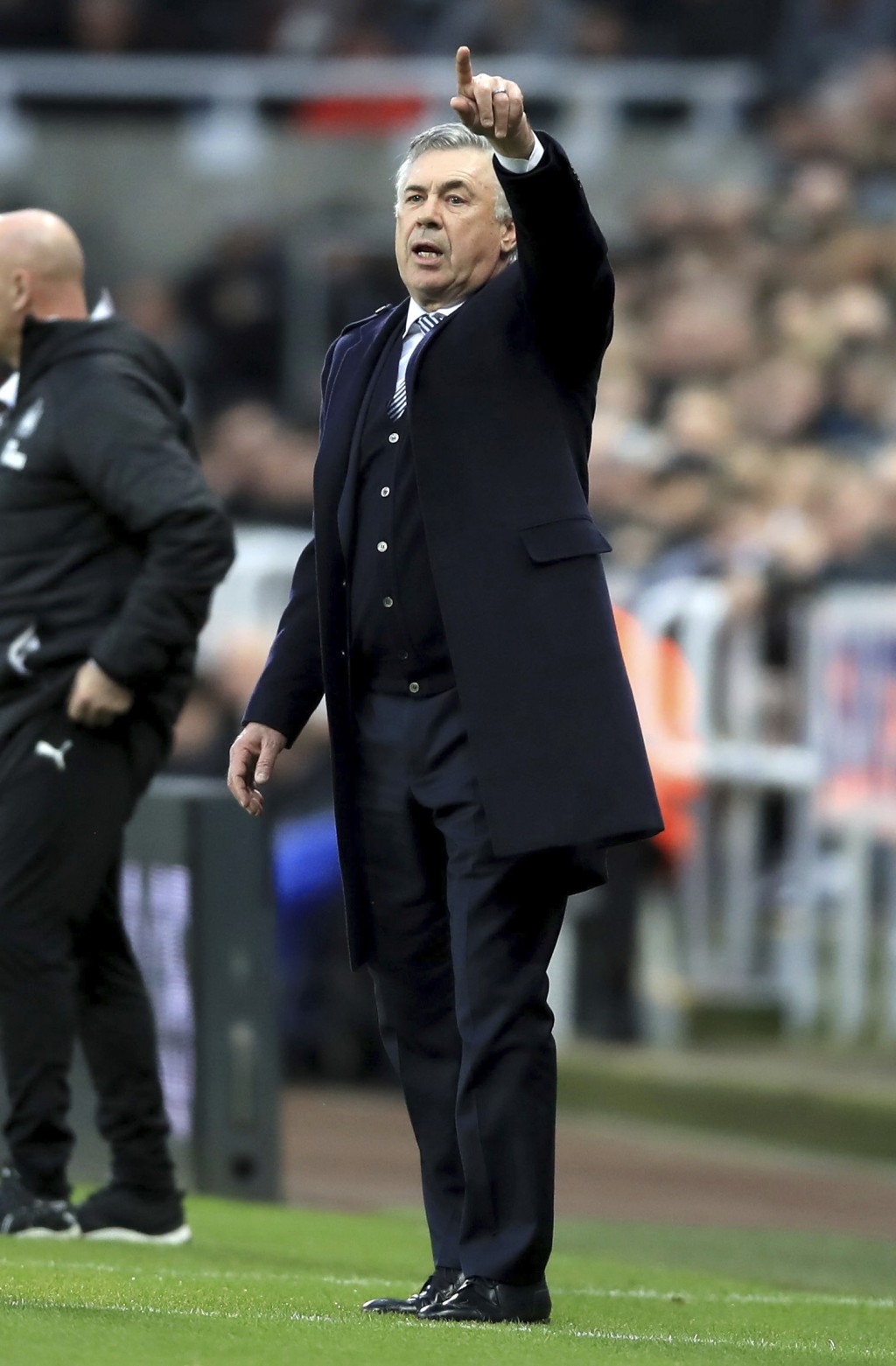 MANCHESTER, England (AP) — Festive spirit was in short supply from video assistant referees in the Premier League on Saturday as three goals were ruled out for marginal offside calls, exacerbating frustration about the technology being used for the first time in England this season.

On a day when a weakened Leicester team won 2-1 at West Ham and Tottenham was held 2-2 at Norwich, much of the debate in stadiums and on social media centered on disgruntlement at the forensic geometry being used to call on tight offside decisions - even if the correct calls were ultimately made.

“If VAR was a manager, he’d have been sacked weeks ago,” former England captain Gary Lineker tweeted to his 7.5 million followers after Norwich striker Teemu Pukki had a goal disallowed for offside that required the VAR in a room outside London to apply lines and dots on the screen to judge.

That came hours after Brighton defender Dan Burn was adjudged offside by a matter of millimeters before scoring in a 2-0 win over Bournemouth, and then Wilfried Zaha had the same call against him - or rather his armpit - after he set up Max Meyer's ‘goal’ for Crystal Palace in a 1-1 draw at Southampton.

“This is nonsense and it’s damaging the spectacle,” tweeted Arlo White, who calls matches for NBC in the United States.

Narrow offside calls, and the microscopic way they are judged, have been the most contentious part of the VAR system brought in this season.

"It's small margins but those are the rules they're using. It's the procedure that they go on so it's either it is or it isn't, so there isn't much you can say,” Palace manager Roy Hodgson said.

"I was never one to be banging the drum for VAR. But if the mass media want it, and the public want it, once again you have to be mature enough to accept it.”

Rotation was rife Saturday as managers juggled their resources to deal with a second game in a 48-hour span for most teams during a hectic festive period that will see another match in the middle of next week.

Second-place Leicester made nine changes for the match against West Ham - Jamie Vardy, the league’s top scorer, was one of the stars missing after his wife gave birth - but still had enough to win at the Olympic Stadium.

Kelechi Iheanacho and Demarai Gray scored the goals for Leicester, either side of an equalizer by Pablo Fornals, as the visitors moved 10 points behind Liverpool having played two games more.

The defeat piles the pressure on West Ham manager Manuel Pellegrini, whose team is just a point and a place above the relegation zone.

Mistakes led to both of Norwich’s goals at Carrow Road, with goalkeeper Paulo Gazzaniga letting a tame shot by Mario Vrancic in for the first and Serge Aurier scoring an own-goal for the second.

Tottenham came from behind twice via a free kick by Christian Eriksen and a penalty by Harry Kane, and is two points behind fourth-place Chelsea having played a game more.

Watford had defender Adrian Mariappa sent off in the 57th minute but still beat Aston Villa 3-0 to move within three points of escaping the relegation zone. Villa is in third-to-last place, two points ahead of Watford, with Norwich last, a further three points adrift.