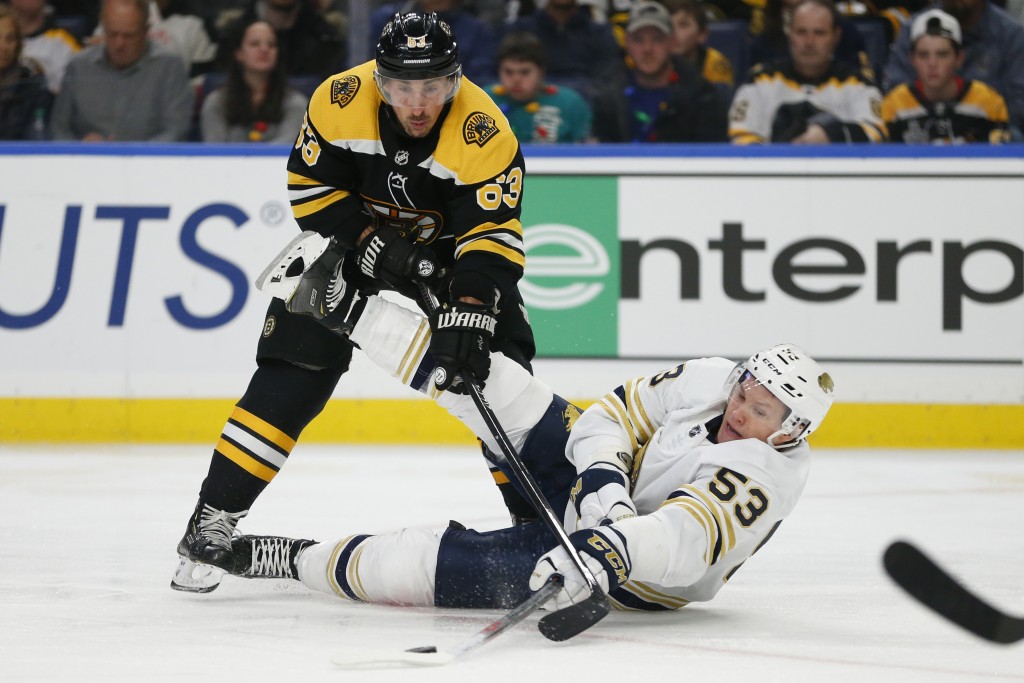 The team did not provide any other details in announcing the update Saturday, a day after Skinner was injured in a 3-0 loss to Boston. Skinner did not return following a collision in which he led with his right shoulder while attempting to check Bruins forward David Pastrnak in front of the Sabres bench about four minutes into the third period. Skinner was slow to get up and immediately left the ice for the locker room.

The injury occurred during Skinner's 700th career game, and following an offseason in which he signed an eight-year, $72 million contract in becoming Buffalo's second highest-paid player.

Skinner scored a career-best 40 goals and added 23 assists in his first year with the Sabres last year.

The 10-year veteran has been inconsistent this season while adjusting to a second-line role after spending most of last season playing alongside captain Jack Eichel.

Skinner has just 11 goals and eight assists in 39 games. He was in the midst of an 11-game stretch in which he's produced just one assist.