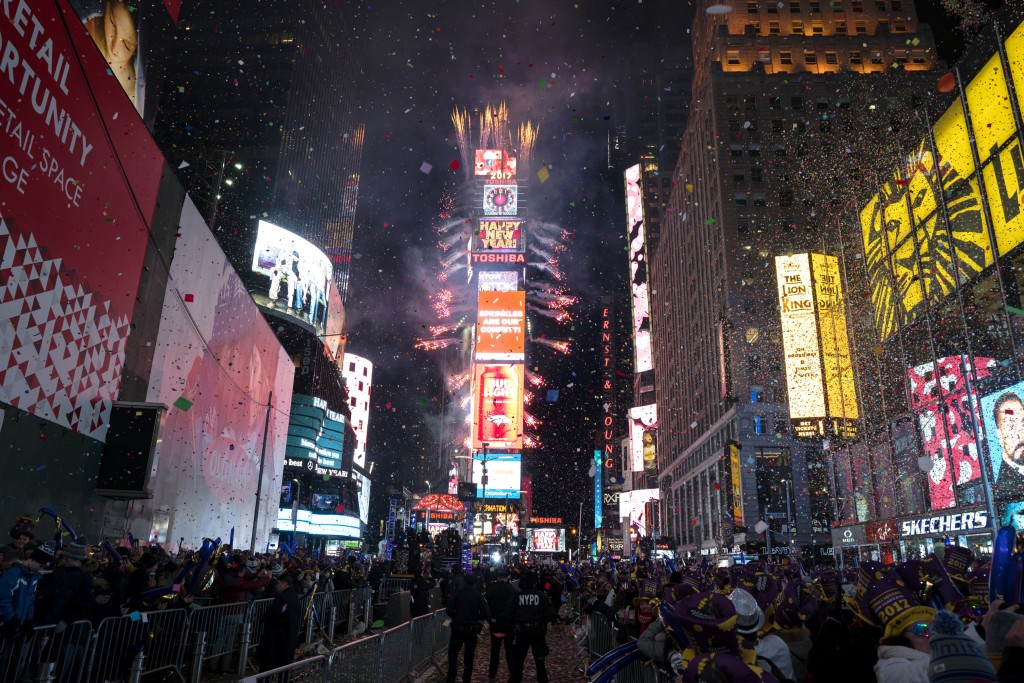 “On New Year’s Eve, we look back and reflect on the dominant themes of the past year, and seek hope and inspiration as we look forward," Times Square Alliance President Tim Tompkins said in a statement Saturday announcing the plan. The honorees, he said, “are working to solve this global problem through science.”

Jared Fox, who teaches at the Washington Heights Expeditionary Learning School, and seniors Ricardo Herrera and Diane Arevalo are working on a clean-air and greening project in the school's Upper Manhattan neighborhood.

She created a memorable moment at a U.N. climate summit this fall when she repeatedly scolded world leaders: “How dare you!” Time magazine later chose the 16-year-old Thunberg as its Person of the Year.

But 2019 also was a year of setbacks and disappointment for climate activists.

The Trump administration began the process of withdrawing the United States from the Paris agreement to curb emissions, and marathon U.N. climate talks this month ended with no major breakthrough as large-scale polluters balked at intensifying the fight against global warming.