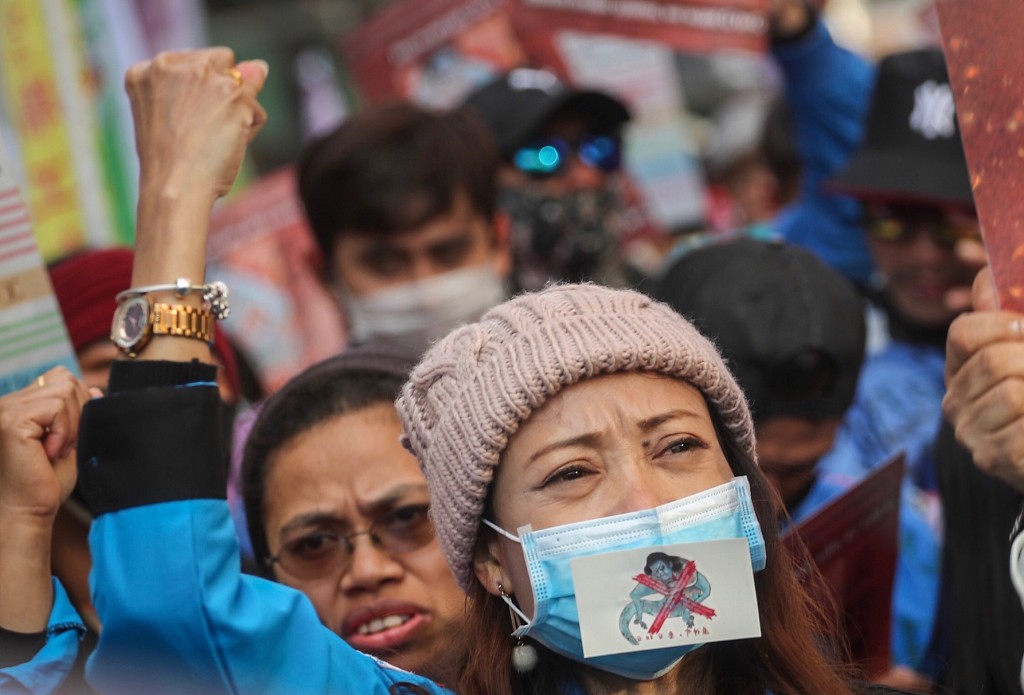 A new book that gives a voice to migrant workers and their stories of exploitation and abuse under Taiwan's private broker system was launched at a press conference in Taipei on Saturday.

The "Migrant Worker's Storybook of Employment Agents," published by the Migrants Empowerment Network in Taiwan (MENT), explores the real-life accounts of 15 migrant workers who were allegedly abused and exploited by their brokers while working in the country.

One of the authors, identified only as Wiwin, a 24-year-old migrant worker from Indonesia, said her father pawned his rice paddy for US$1,824 so that she could pay US$1,672 to an employment agency in Jakarta to secure a factory job in Taiwan.

After problems with her paperwork in which the Indonesian broker registered Wiwin as a caregiver, her Taiwanese broker still arrangedfor her to work in a local factory, but the conditions were abusive.

"I would have never imagined that the brokers in Indonesia and Taiwan could have done this to me. I ended up working huge hours from 5 a.m. to 11 p.m," Wiwin said.

In the book, Wiwin said she received a monthly salary of US$550 but had to work overtime every shift to roast all the bean curd sheets made during the day before she could get off work.

"The job at the factory was inhumane and the broker did not show any responsibility for my welfare," Wiwin said. "If I told them my problems, they would just tell me to go back to Indonesia."

But with the debt accumulated by her father for her to come to Taiwan, Wiwin said returning to Indonesia was not an option for her.

After working at the factory for two years, she asked for help at an NGO where they helped her report her case to the National Immigration Agency.

Wu Jing-ru (吳靜如), a researcher at the Taiwan International Worker's Association, told CNA that Wiwin was helped by an NGO under the MENT, a coalition of some 10 migrant rights groups.

She is now temporarily working at another job while her case is being investigated by the authorities.

Wu did not disclose the location of Wiwin's former factory, saying only that it was in northern Taiwan.

Gracie Liu (劉曉櫻), director of the Hsinchu Catholic Diocese Migrants and Immigrants Service Center, said Wiwin's story is one of many in the book, which took over a year to write and compile and has been translated into six languages -- Chinese, English, Indonesian, Filipino, Vietnamese, and Thai.

Before the book was officially launched Saturday, its Chinese version was handed to representatives of the main opposition Kuomintang (KMT) and the ruling Democratic Progressive Party (DPP) during a march organized by the MENT on Dec. 8 in Taipei.

Wang Yu-wen (王裕文), a KMT legislative nominee and convener of the Taiwan Labor Welfare Alliance who received the book, said he has not read it yet but he reiterated the fact that he is committed to speaking up for migrant workers.

Meanwhile, the DPP, which has been in power for the last four years, said it currently had no plans related to migrant worker issues with the January 2020 presidential and legislative elections approaching, but discussions will be held with the Ministry of Labor (MOL) after the elections.

One of the reasons why the brokerage system is used so heavily is that the agents handle all the procedures and paperwork required for migrant workers to remain in Taiwan, according to the MOL.

It also helps companies screen and select appropriate workers in their countries before they come to Taiwan, a process many local companies are unable to handle themselves.

Currently, 718,186 workers from Indonesia, Vietnam, Thailand, and the Philippines are employed in Taiwan, mainly as factory workers, caregivers and domestic helpers as of the end of November, according to MOL statistics.