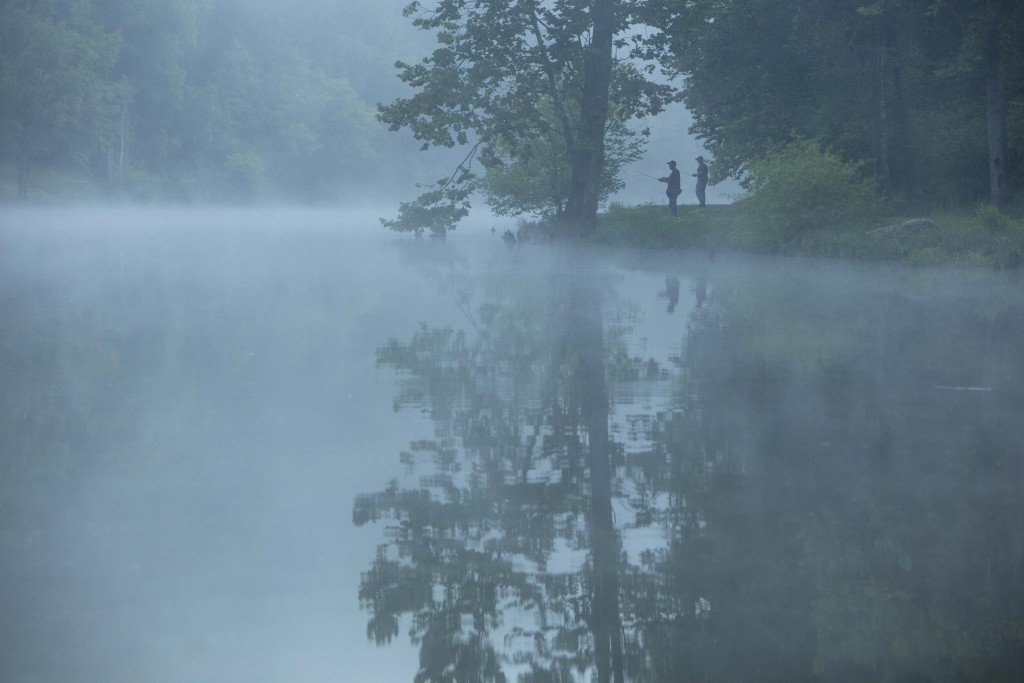 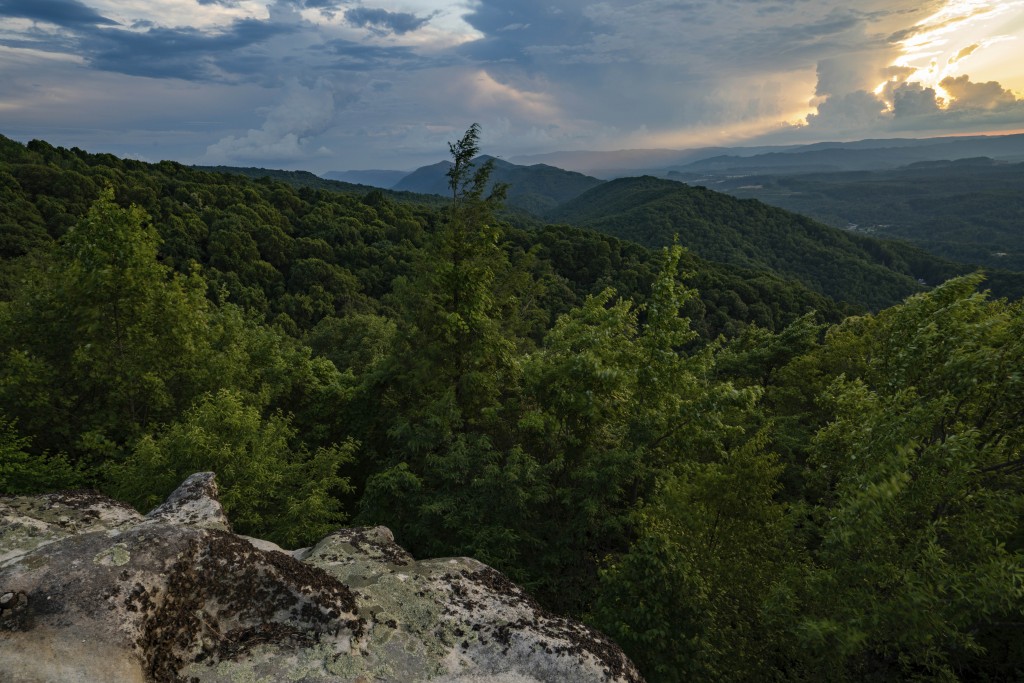 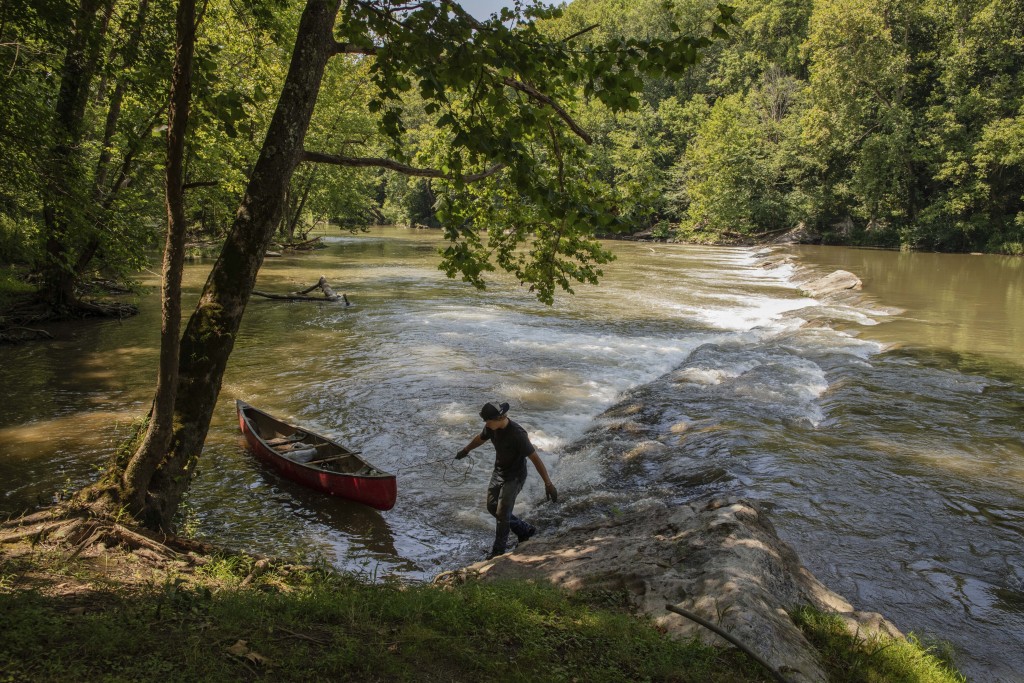 RICHMOND, Va. (AP) — As much of central Appalachia looks to reinvent itself amid the decline of coal, community leaders in southwest Virginia say they are seeing some early success by focusing on another natural resource: the Clinch River.

The Clinch, which flows for about 130 miles (209 kilometers) through four mountainous Virginia counties before crossing into Tennessee, is the centerpiece of what will be one of Virginia’s newest state parks, thanks to a yearslong grassroots effort. Advocates say the park that's still under development will help protect the river, a biodiversity hot spot, and support a growing regional outdoor recreation and tourism industry.

“The Clinch is the greatest river in the U.S. that nobody’s ever heard of,” said Brad Kreps, an employee of The Nature Conservancy who has been involved for years in the push to create the park. “So we’re really trying to do everything we can to raise awareness about how special this river is out in this quiet little part of far southwest Virginia.”

The generally gentle river — ideal for mellow floats during the summer, or canoeing, kayaking and fishing — has the highest concentration of rare aquatic species of any river in the United States, according to Kreps, the Abingdon-based Clinch Valley program director for the global environmental nonprofit. That’s mostly due to the number of rare mussels, which are filter-feeders that clean the water as well as a source of food for other aquatic species.

State lawmakers have allocated about $5 million so far to the Clinch River State Park, which will have an atypical design, said David Collett, interim state parks director. Instead of one large piece of land, the park will consist of several anchor parcels of several hundred acres each along the river — with amenities like cabins, picnic areas and visitors centers — plus smaller spots in between with river access.

Park advocates hope it will become a regional draw for tourists who will visit and spend money in restaurants, breweries, hotels and shops during their visit.

So far the Virginia Department of Conservation and Recreation has acquired two of the anchor parcels and is working on the third. The department has a park manager on site and held a “soft opening” this fall, Collett said.

After the major pieces of land are in hand, the department will start the master planning process, likely in the fall of 2020, seeking input from the public and developing a comprehensive capital plan. A full build out is expected to cost between $45 million and $60 million, said Collett, who grew up on the Clinch in Scott County.

The idea for the park grew out of the work of “a grassroots group of people with a fire in their bellies and a desire to see their communities improve,” said Lou Wallace, a member of the Russell County Board of Supervisors who lives along the river in the town of St. Paul, over a five-hour drive from the state capital, Richmond. She has been a leader in the Clinch River Valley Initiative, a grassroots effort to diversify the area economy by taking better advantage of the river as a natural asset, which kicked off in 2010.

The state park has been a critical part the group’s work, but there have also been efforts around downtown revitalization and infrastructure improvements as well as environmental education components, Wallace and other members said.

The Clinch River Valley — and St. Paul in particular — is a bright spot in a region struggling with the decline of coal that for a long time “didn’t really have to worry about tourism,” said Chris Cannon, executive director of Friends of Southwest Virginia, a nonprofit that works to promote the region.

Economic development efforts vary across the expansive southwest Virginia region, which is larger than nine U.S. states, according to Cannon. Other initiatives include a push to reclaim abandoned coal mines, increase the number of solar energy projects, lure data centers and become a hub for cybersecurity workforce training.

Wallace said the focus on tourism is paying off in St. Paul, where a boutique hotel recently opened. She said the town of about 1,000 people is seeing an uptick in visitors and noted that Gov. Ralph Northam recently hosted a roundtable in the town with executives from Amazon’s second headquarters in northern Virginia. After the meeting, Northam and some of the Amazon officials went for a muddy ATV ride on the Spearhead Trails, another outdoor recreational draw.

Collett, the interim parks manager, said studies have shown state parks are economic drivers for the communities they’re located in, and he feels confident this new one will be transformative for the region.

“Coal’s not coming back. ... But they’re pulling themselves up by their bootstraps, and they’re reinventing themselves through tourism, recreation,” he said. “So we’re pretty proud of that."