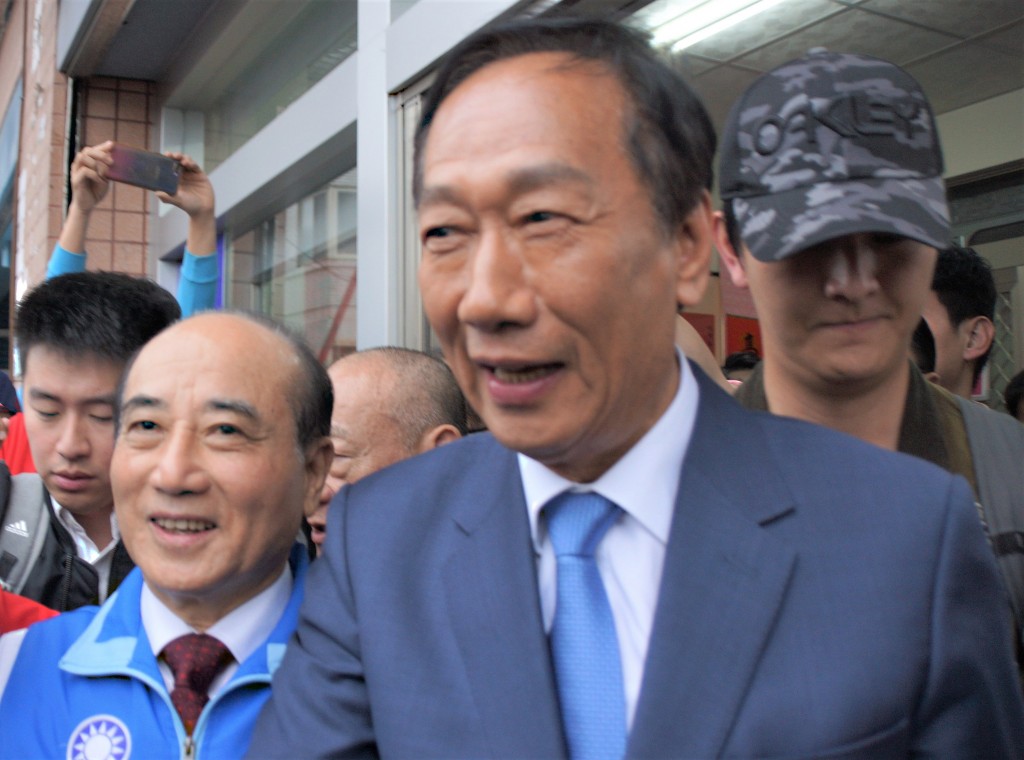 Taiwanese billionaire Terry Gou (郭台銘) apologized on Saturday for describing a female legislative candidate as being too preoccupied with marriage and having children, remarks that led some to criticize him as sexist.

"I hereby would like to extend my sincere apologies to Hung Tzu-yung (洪慈庸)," Gou, the founder of Taiwanese manufacturing giant Hon Hai Precision Industry Co., wrote on his Facebook page.

Gou made the remark during a campaign rally held in Taichung on Friday for Kuomintang candidate Yang Chiung-ying (楊瓊瓔), who is looking to dislodge Hung, an independent, from her legislative seat representing a district in Taichung.

Gou cast doubt on Hung's efforts over the last few years as she had been too busy with getting married and having children.

On his Facebook page Saturday, he explained that he had only been reflecting the views of some of Hung's Taichung constituents about her abilities as a lawmaker.

If any women, including Hung, feel that the remarks showed disrespect, he apologizes to them and to the legislator, Gou wrote, adding that he only had the highest respect for women.

Hung responded that she hoped everyone in Taiwan could come to respect "women's choice" and that such discriminatory remarks would not be used to attack opponents during election campaigns.

It is simply wrong that women in workplaces need to prove they are not slacking off on the job because they are pregnant, she said, believing that there are many others out there who feel the same way as her.

Legislative Speaker Su Jia-chyuan (蘇嘉全) said Saturday that if Gou was really apologetic he should at least have the courtesy to call and apologize to Hung by phone, instead of posting it on Facebook.