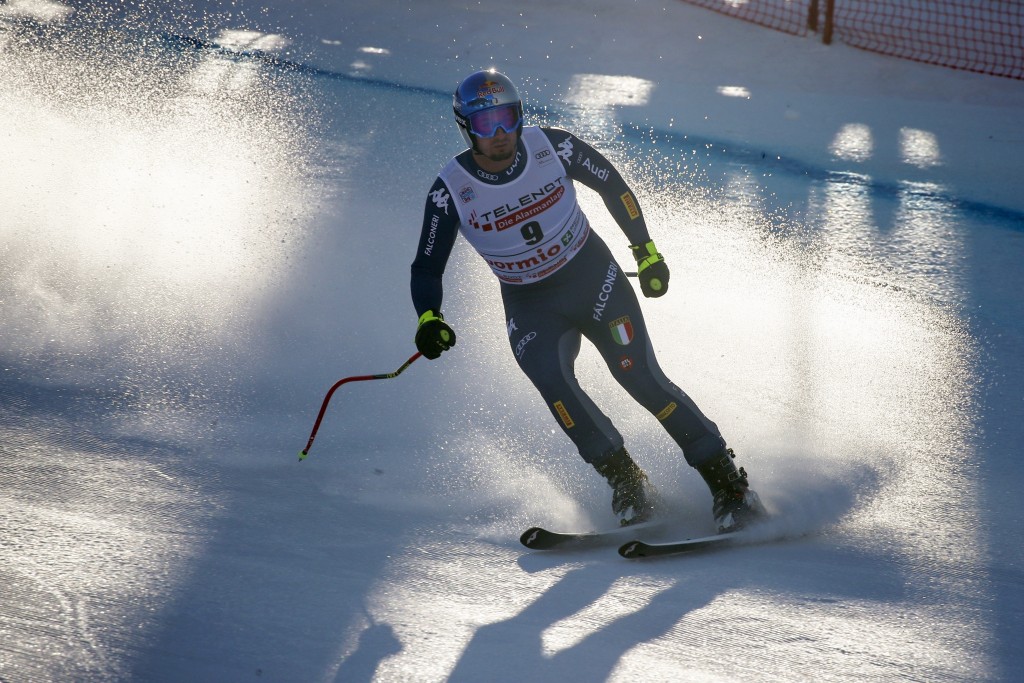 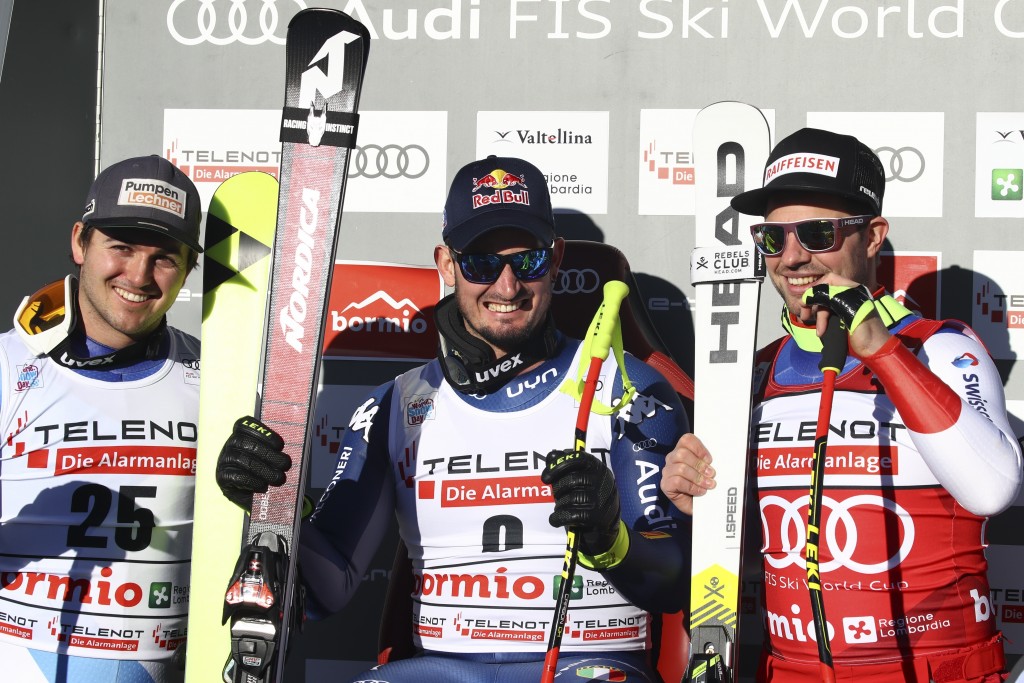 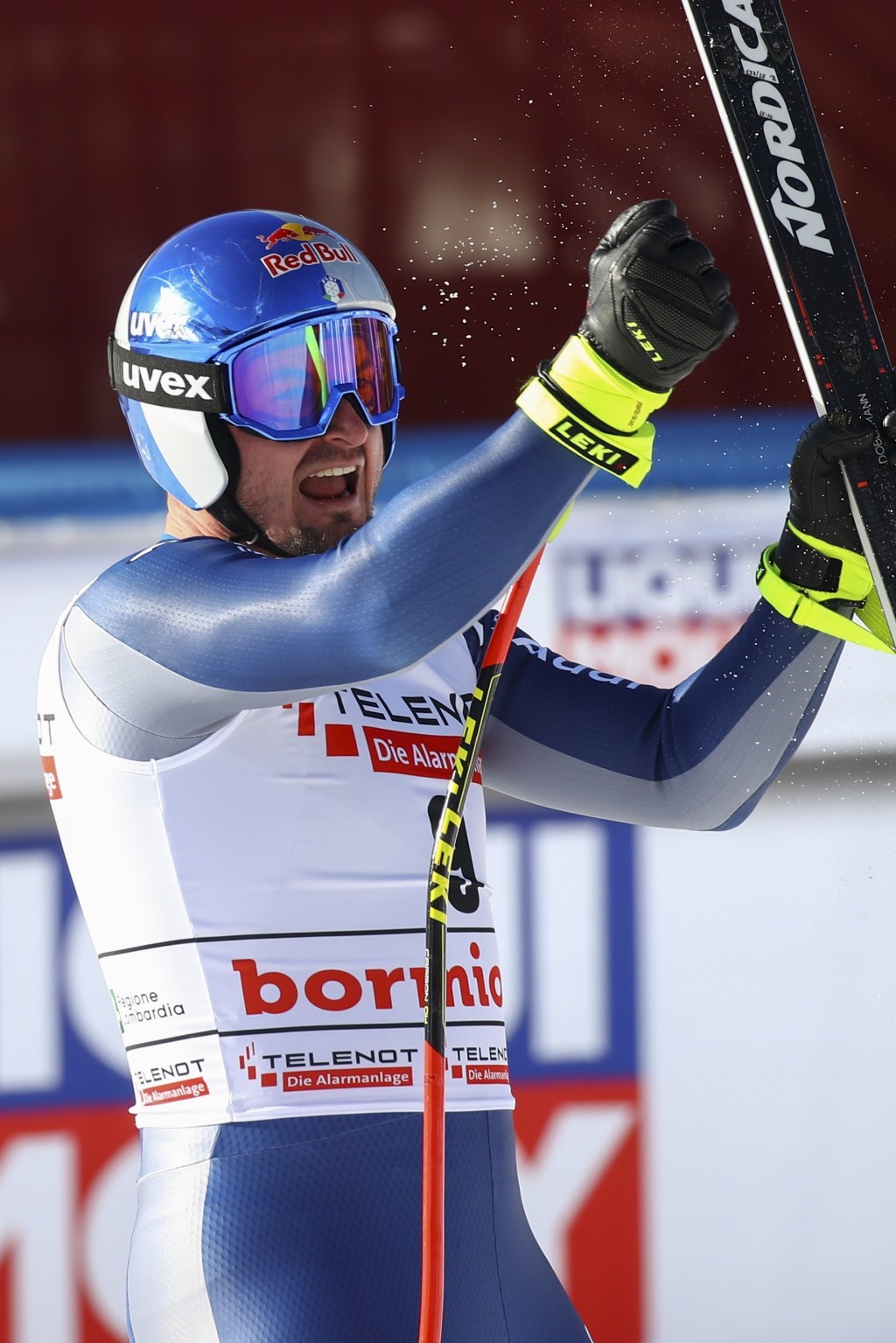 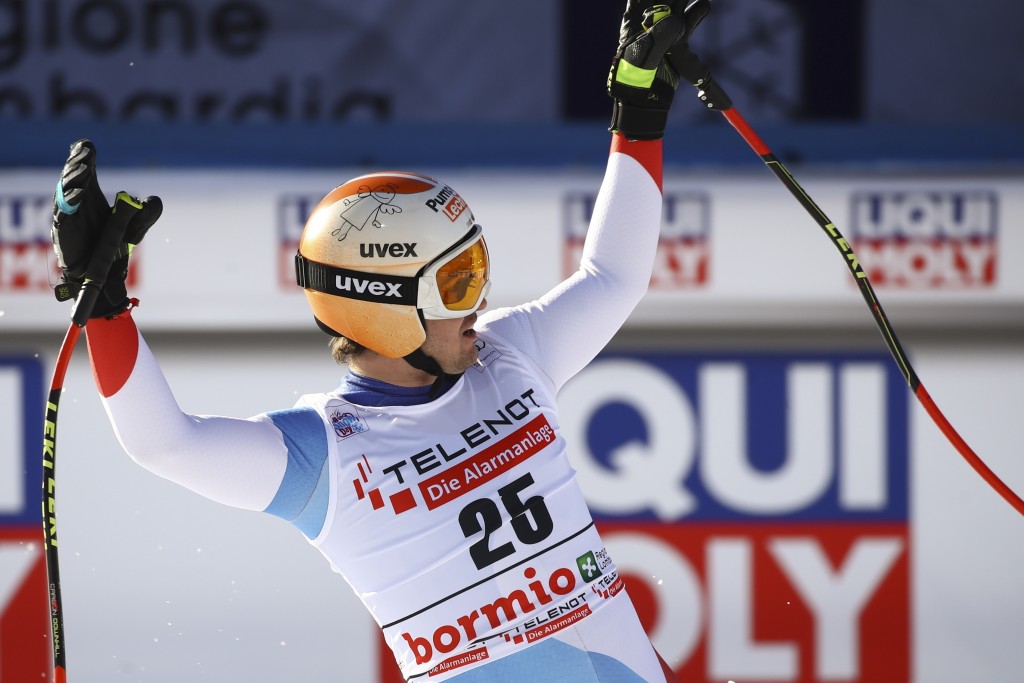 In perfect, sunny conditions, the Italian sped down the 3.27-kilometer course in 1 minute, 55.37 seconds for his 18th career victory, and 14th in a downhill.

Paris has won five of the seven Stelvio downhills he has competed in, only failing to win the classic race in his first two attempts - in 2010 and 2011.

His latest win came a day after Paris triumphed in a shortened race on the same course, which replaced the downhill that was canceled in another Italian resort, Val Gardena, last Saturday due to heavy snowfall.

Starting 26th, the Swiss skier led Paris by 0.12 seconds until the last check point but came up 0.08 short at the finish.

Kryenbuehl had failed to get a top-20 result in the World Cup until Friday’s race, where he placed 13th.

His Swiss teammate Beat Feuz trailed by 0.26 in third on Saturday.

Matthias Mayer led Paris by 0.33 at the third intermediate time but the Austrian lost time in the bottom part of the course and finished 0.84 behind in fifth.

Paris overtook Feuz at the top of the downhill season standings, and also went top of the overall standings for the first time in his career.

The race was interrupted for 20 minutes after Hannes Reichelt crashed and slid into the safety netting. The Austrian was helicoptered off the hill with an apparent right knee injury.

The Austrian ski team said Reichelt would undergo medical tests in a clinic in Innsbruck.

Brice Roger of France, who was fastest in the only training run on Thursday, also crashed but avoided injuries.

The race weekend in Bormio will be concluded by an Alpine combined event on Sunday.