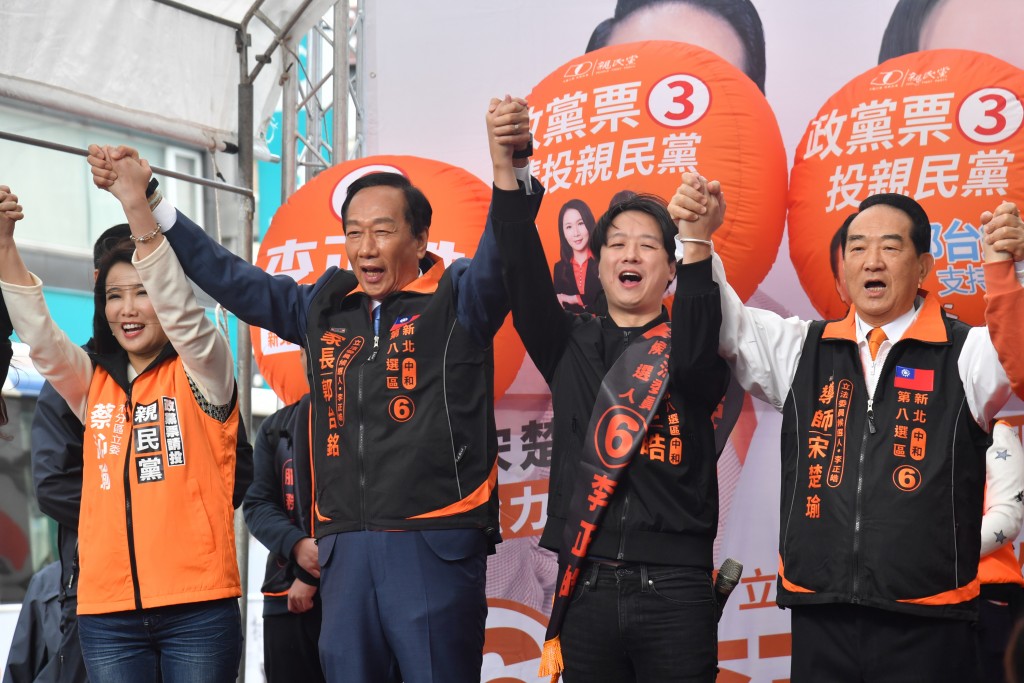 Gou had made the statement about independent lawmaker Hung Tzu-yung (洪慈庸) at a rally for her Kuomintang (KMT) challenger in Taichung Friday (Dec. 27), CNA reported. Several politicians, mostly from the “blue” KMT camp, have come under fire for making sexist pronouncements during the campaign for the January 11 presidential and legislative elections.

Reacting on Facebook, Gou explained he had been reflecting the views of some of Hung’s Taichung constituents about her work as a legislator. If any women, including Hung, felt that his remarks showed disrespect, he would apologize to them and to the legislator, he wrote, adding that he respected women.

The tycoon went on to point out that two of his closest aides, both of whom were running for the Legislative Yuan, were the mothers of three children. When it had looked like he would run for president, he had advocated the government paying for the care and education of all children until the age of six, Gou added.