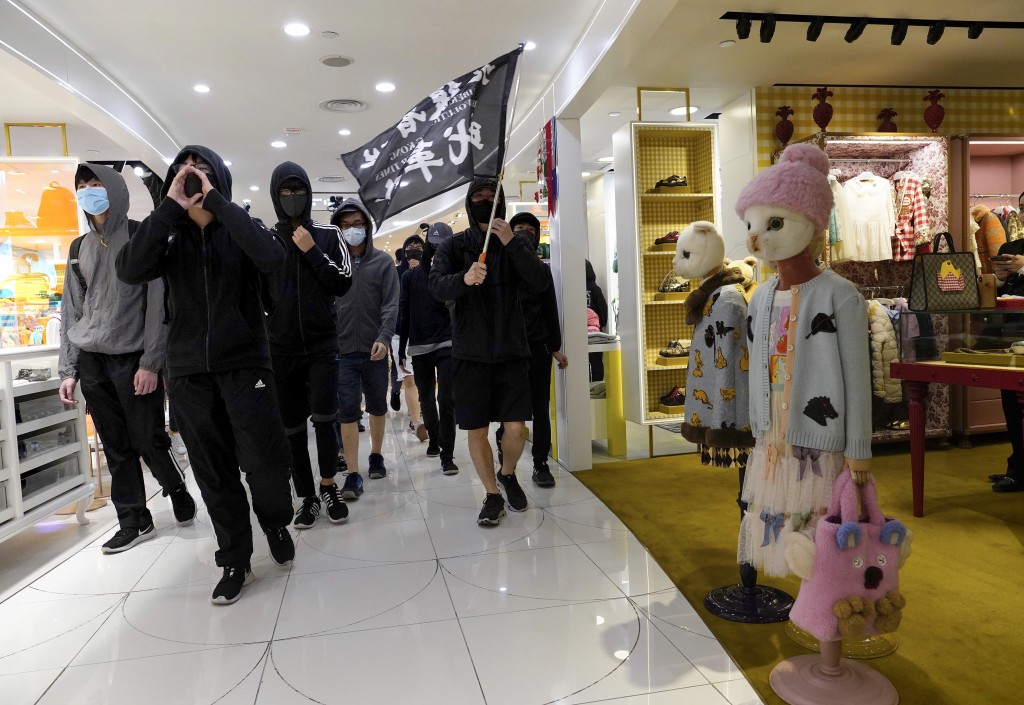 The protest in Sheung Shui, near Hong Kong's boundary with the mainland, was part of efforts to pressure the government by disrupting economic activity.

Protests that began in June over a proposed China extradition law have spread to include demands for more democracy and other grievances.

Protesters at the Sheung Shui mall shouted, “Liberate Hong Kong! Revolution of our time!” and “Return to the mainland!”

There were no immediate signs of violence. Some merchants wrapped orange tape around kiosks or partially closed security doors on shops but business went ahead normally.

Hong Kong is a popular destination for mainland Chinese traders who buy goods in the territory, which has no sales tax and a reputation for genuine products, to resell on the mainland.

Sheung Shui was the site of clashes between police and demonstrators in June.