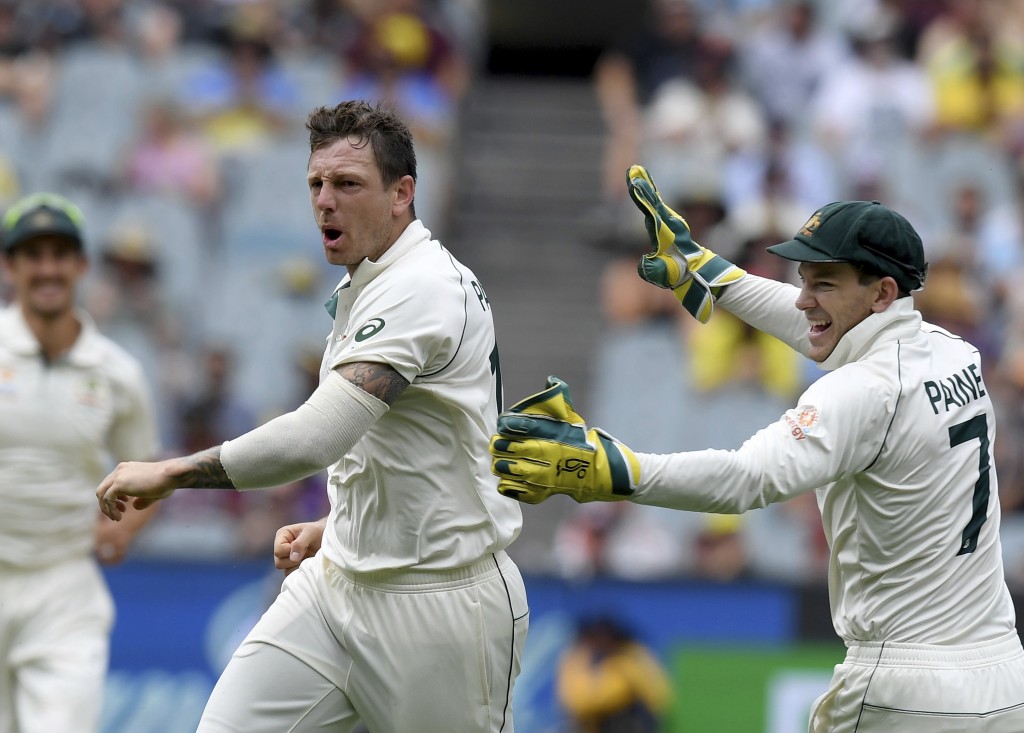 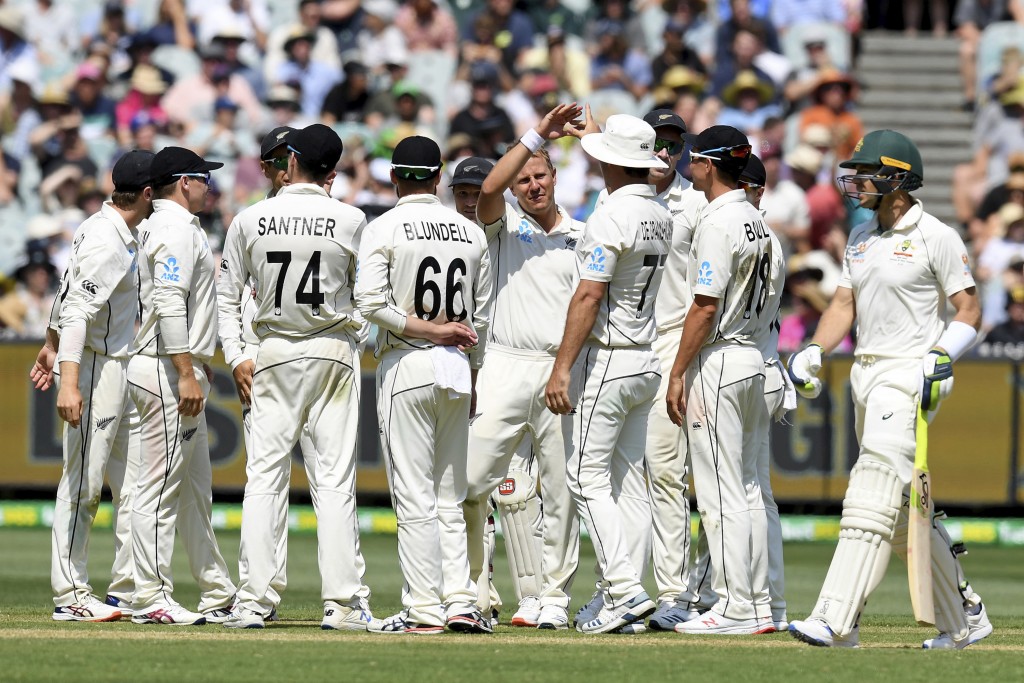 That came before engaging in an animated discussion with umpire Marais Erasmus over another dubious call.

Paine said he was “angry” that the original decision of not out had been overturned after third umpire Aleem Dar ruled following a video review that the ball had struck the pad in line with the stumps.

The decision on Friday on day two of the second test at the Melbourne Cricket Ground ended Paine’s innings on 79, a frustrating 21 runs shy of his maiden test century.

“I thought from the length it pitched and a bloke bowling around the wicket (left-armer Neil Wagner), it’s pretty difficult for it to hit you in line and hit the stumps,” Paine told ABC Radio.

On Saturday, Mitch Santner appeared to be caught at leg gully off the glove for a duck off the bowling of Mitchell Starc in the 37th over of New Zealand’s first innings, but it was adjudged not out. Australia appealed for a video review and Dar declined to overturn the on-field decision, prompting Paine to continue to argue his case to Erasmus.

New Zealand was bowled out for 148 and Santner scored only three, in reply to Australia’s first innings of 467. Former Australia skipper Ricky Ponting was baffled by Dar’s decision.

"We could see clearly the sweat band was definitely moving on the glove,” Ponting told Channel Seven television. “It's absolutely plain as day. If he can't get that right, he shouldn't be doing it.”

Paine said he had “a few doubts” about the decision-review system (DRS).

"I'm just seeing time and time again, what I see to the naked eye, or watching it on television in real time, and then when it comes up it is sometimes a little bit off the mark," Paine said.

Paine was also puzzled by an lbw appeal against New Zealand’s Ross Taylor which was overturned on appeal by the DRS.

"And then you get one later which the guy (Taylor) is stuck on the crease, he's hit really full and it's going over. So it's disappointing and makes me angry," Paine said.