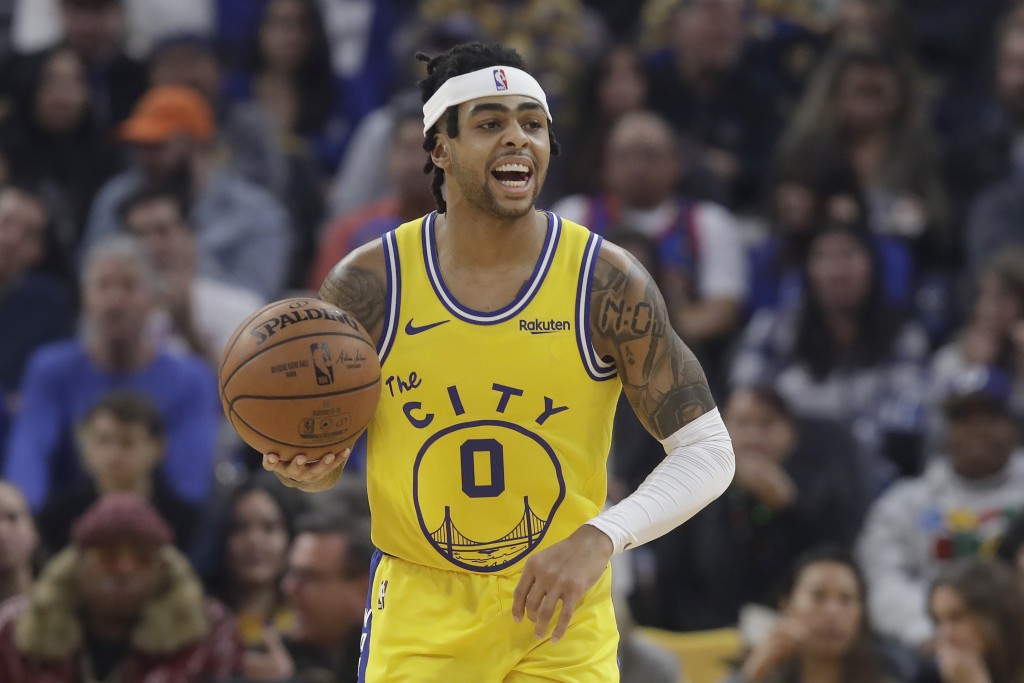 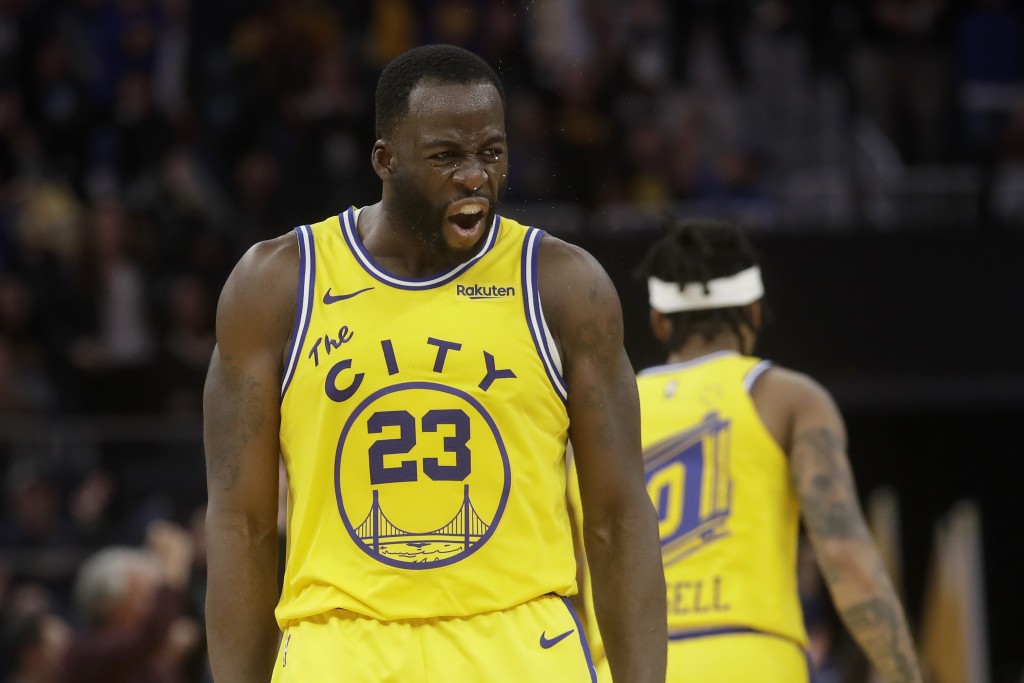 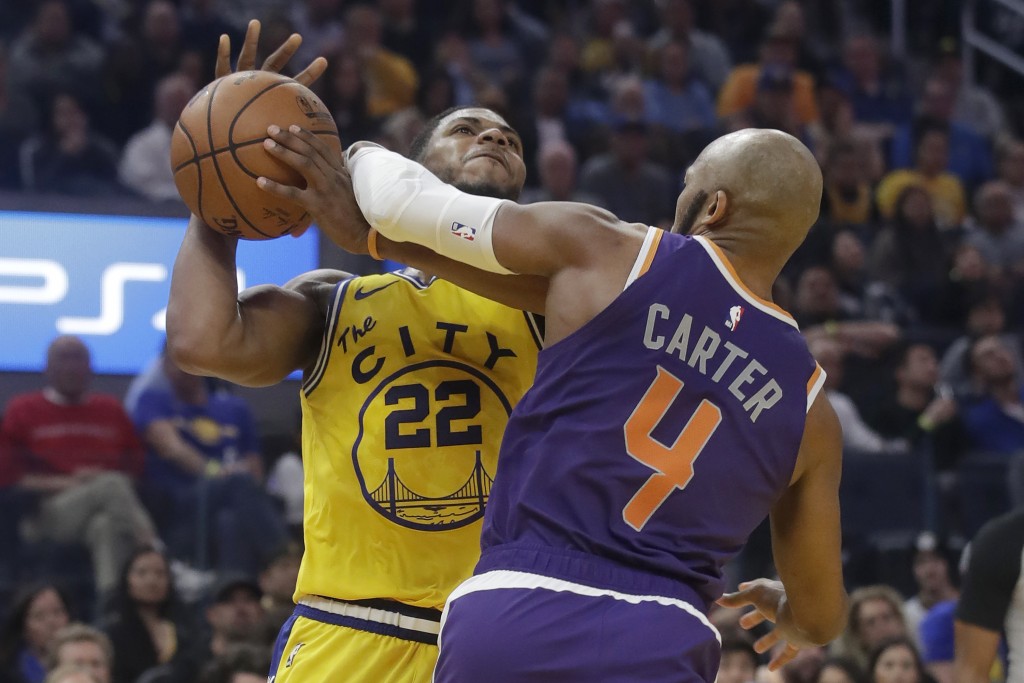 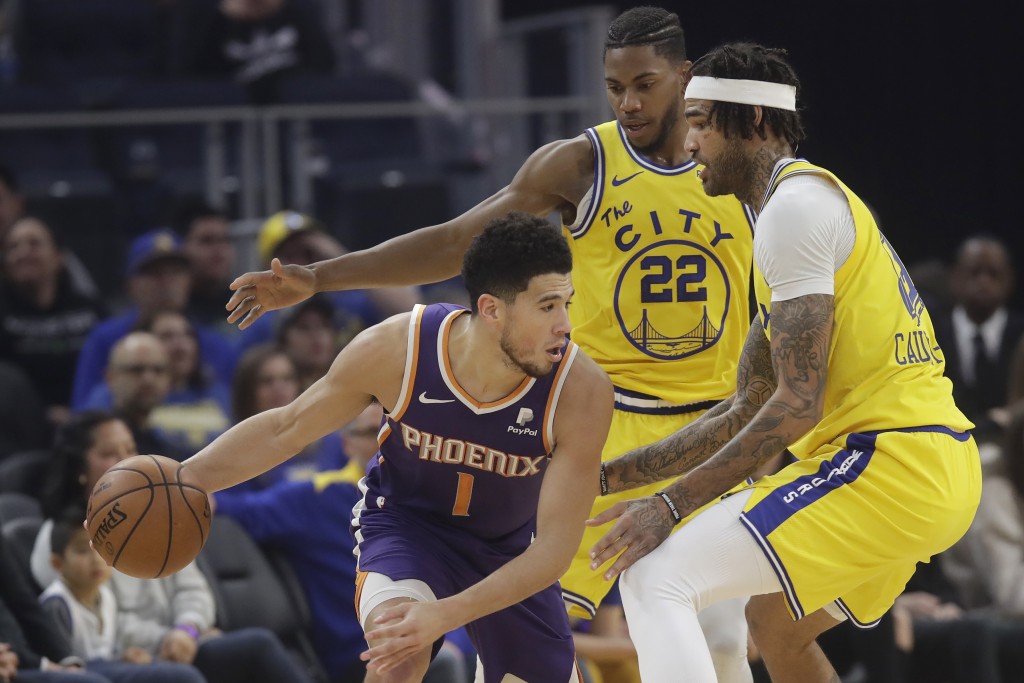 SAN FRANCISCO (AP) — D’Angelo Russell had 31 points and six assists, and the Golden State Warriors rallied from 10 down in the fourth quarter to beat the Phoenix Suns 106-95 on Friday night for their fourth straight victory.

Damion Lee added 16 points, Alec Burks scored nine of his 13 in the fourth quarter, and Draymond Green had 11 points and seven rebounds.

Two days after beating Houston on Christmas, the Warriors trailed for most of the second half against Phoenix and were down 86-76 with 7 ½ minutes remaining.

Russell started the comeback with a pair of free throws and Burks followed with a three-point play. Burks later had an assist on Willie Cauley-Stein’s alley-oop dunk.

Phoenix led 89-87 before Golden State went on an 8-0 run. Glenn Robinson III’s putback dunk following a miss by Russell put the Warriors ahead for good 91-89.

Russell shot 10 of 25 while topping 30 points for the sixth time this season.

Booker, who was limited to 11 points in a loss to Denver on Monday, had 17 in the first half against Golden State, including a one-handed dunk that put the Suns ahead 47-38. Booker later banked in a 16-footer to give Phoenix a 51-43 halftime lead.

After Booker had his shot blocked from behind by Golden State’s Ky Bowman, Mikal Bridges scooped up the loose ball and scored on a three-point play. Bridges added a 3-pointer that made it 74-63.

Suns: Phoenix had 22 assists, the first time in 16 games that the Suns failed to have at least 25. … Cameron Johnson made a buzzer-beating 17-footer to end the third quarter. .. Kelly Oubre Jr. picked up two fouls in the first 79 seconds of the opening quarter and was called for a technical after getting whistled for his fourth in the third quarter.

Suns: Take a 60-minute ride north to play the Sacramento Kings on Saturday. Phoenix came back from 21 down to beat Sacramento earlier this season.

Warriors: Play the second half of a back-to-back against Dallas on Saturday. The Mavericks won the first game between the two teams by 48 points in November.