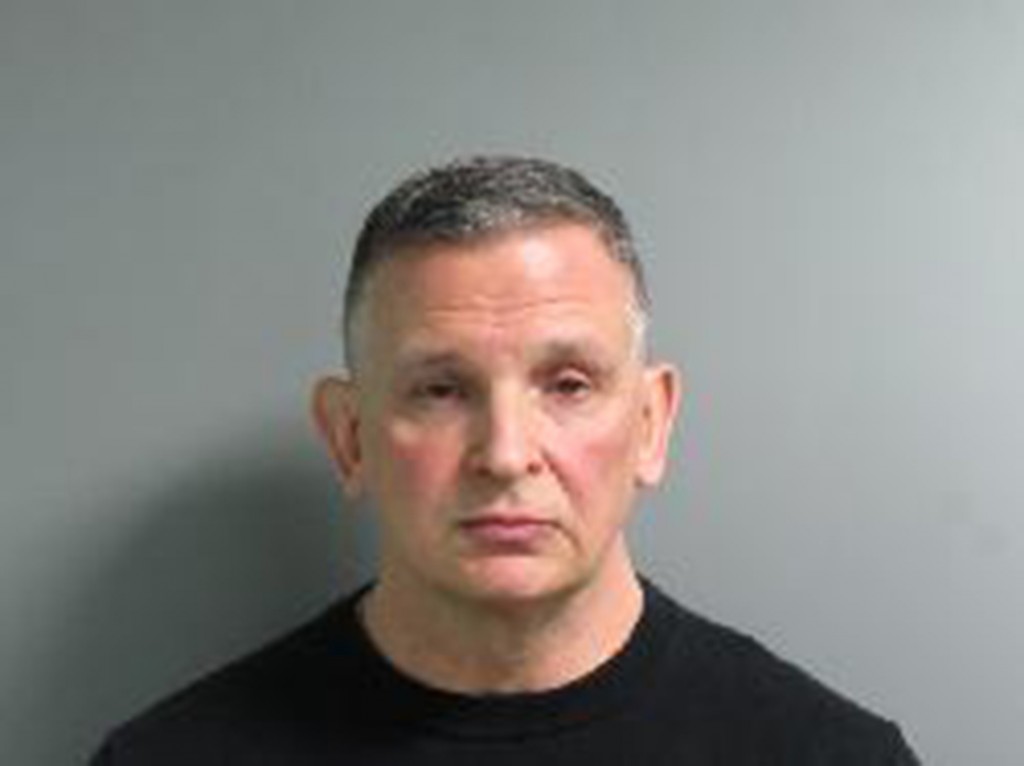 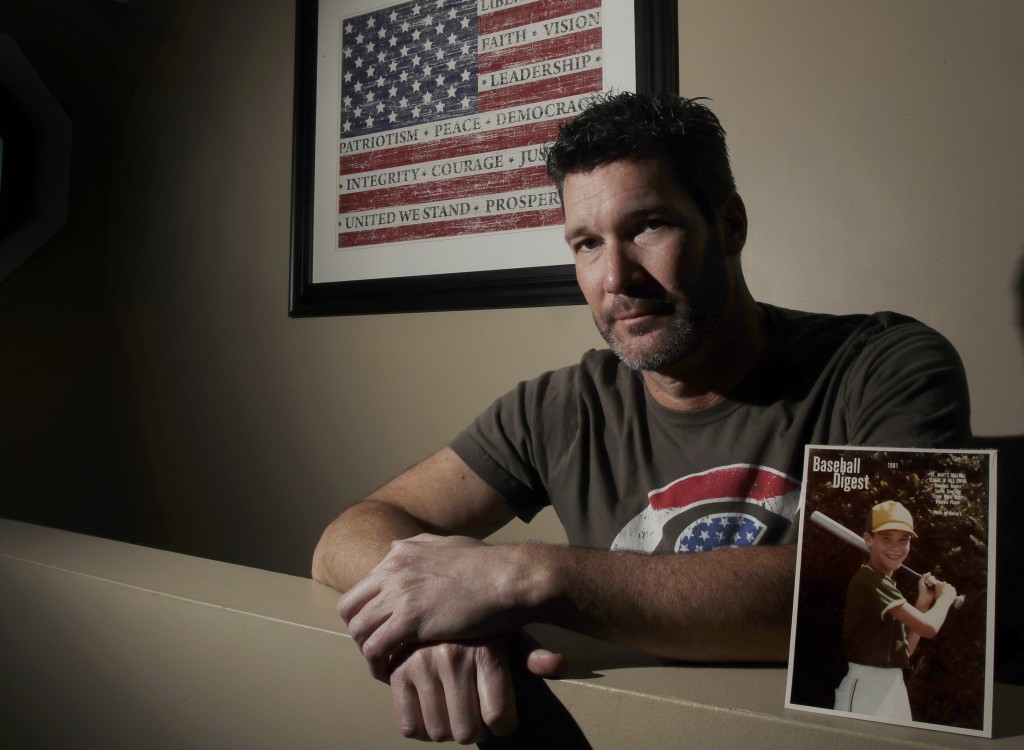 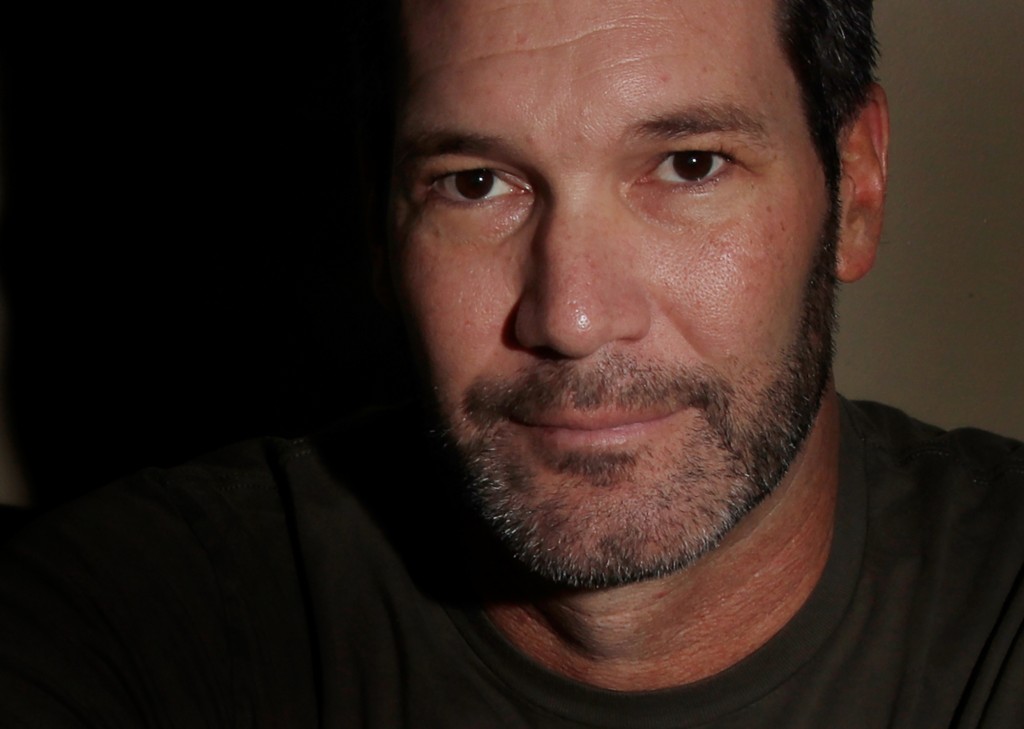 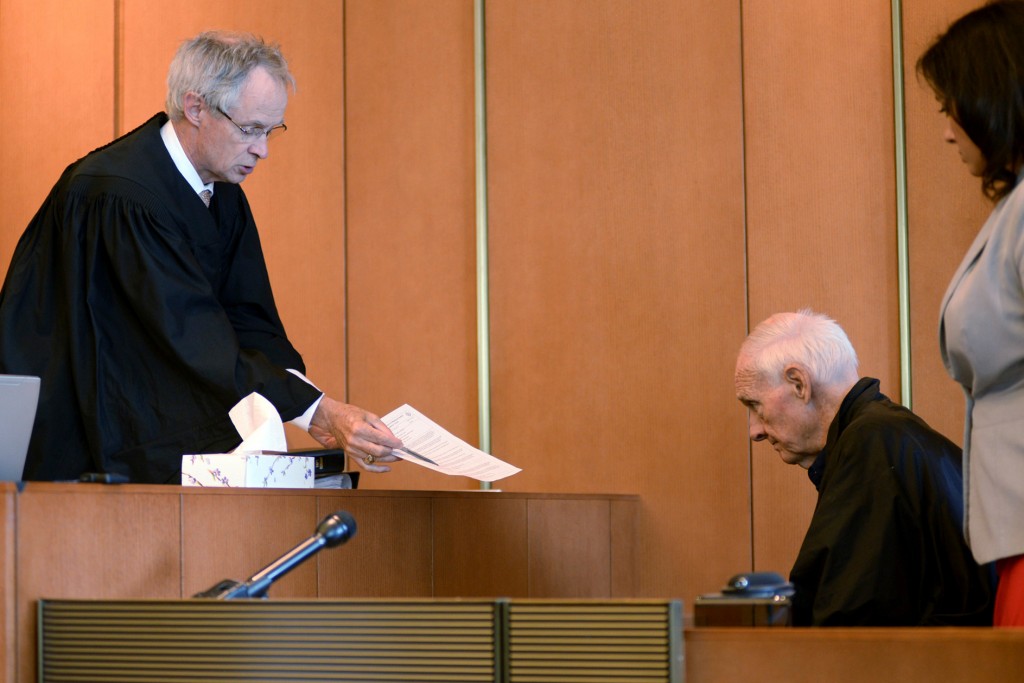 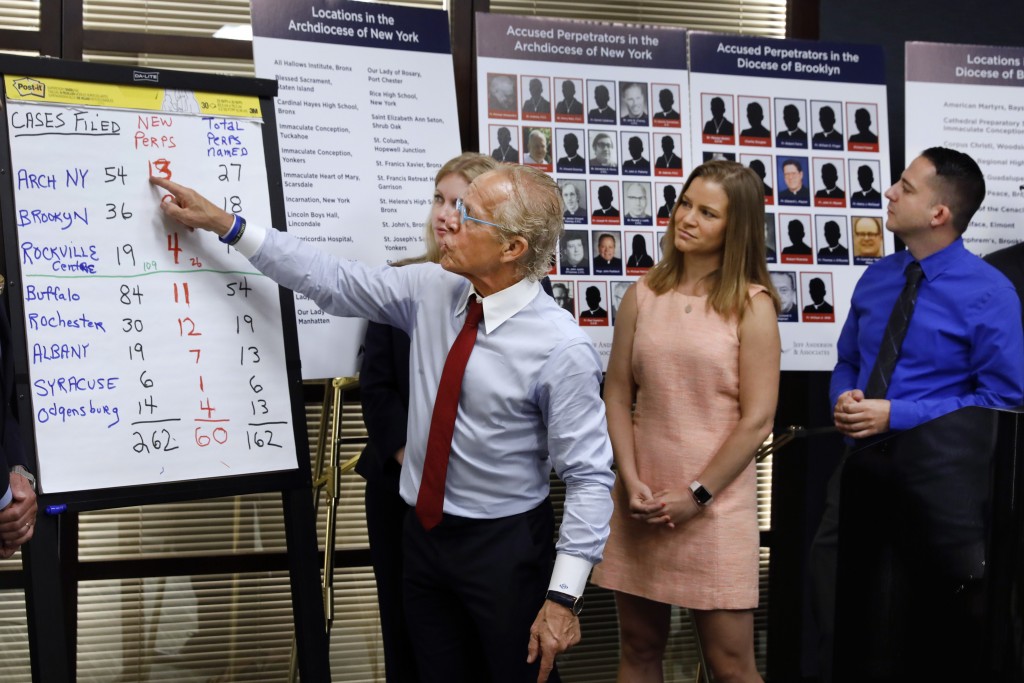 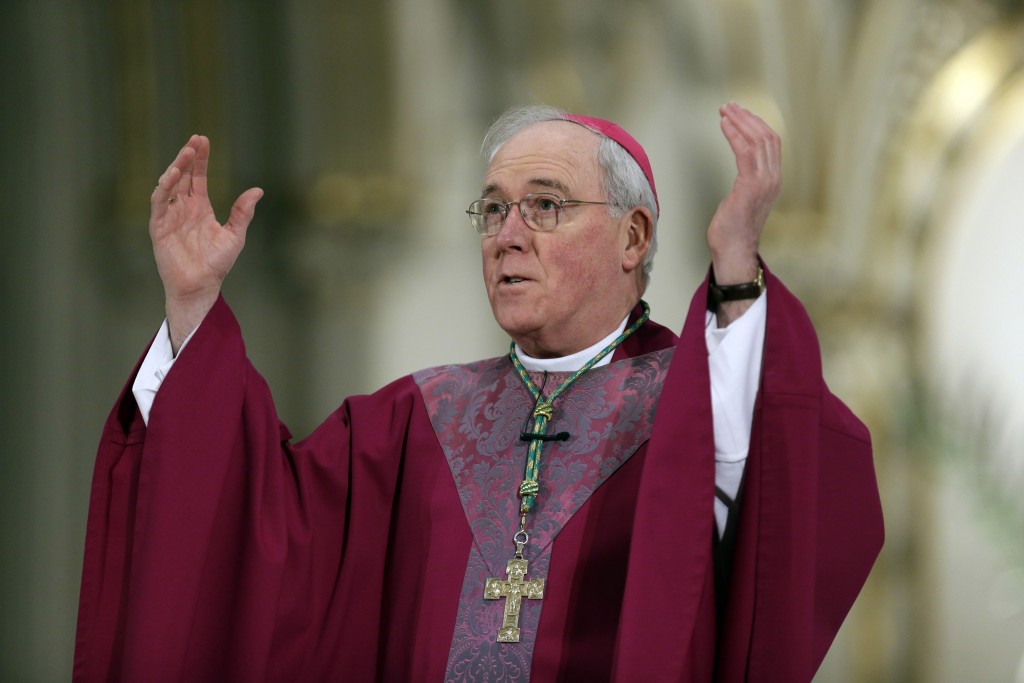 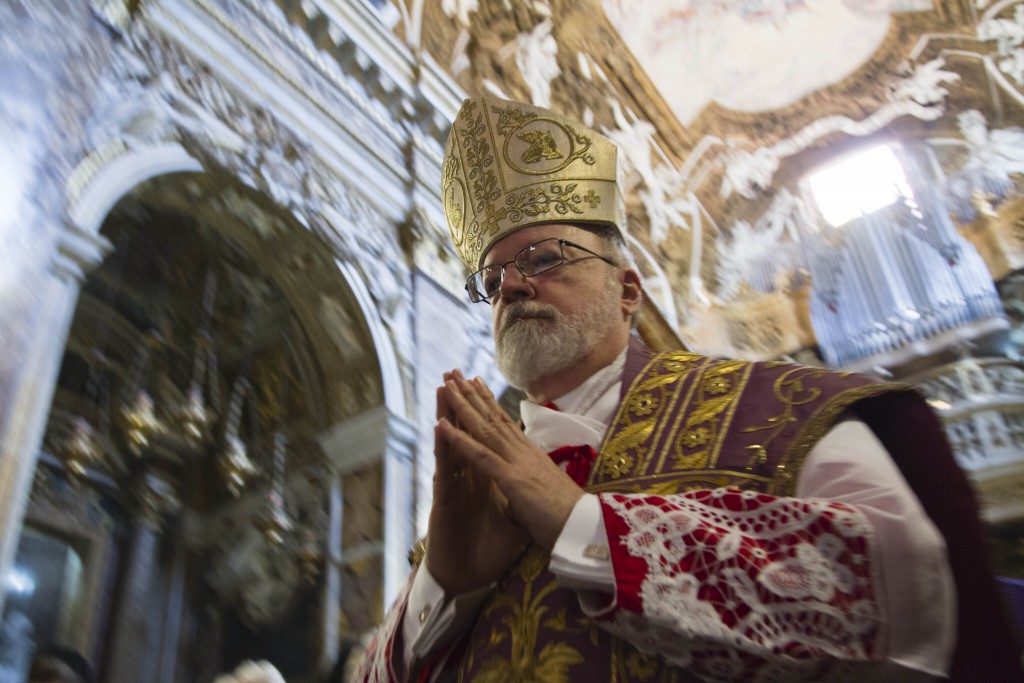 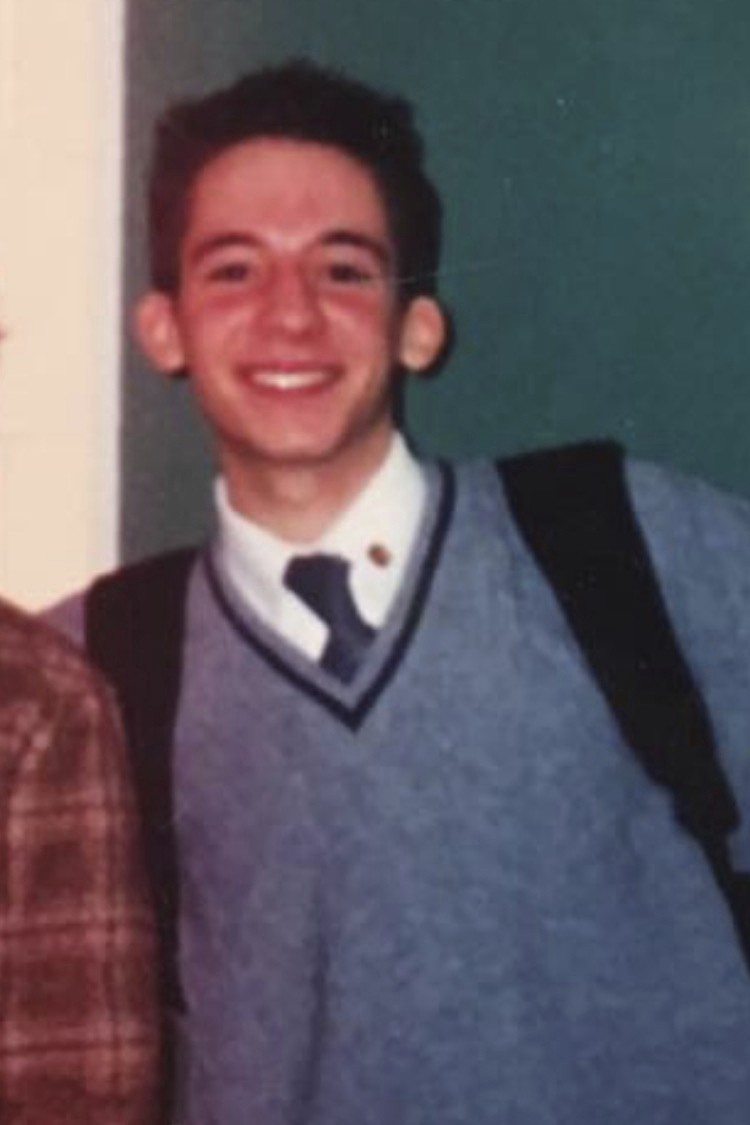 Victims advocates had long criticized the Roman Catholic Church for not making public the names of credibly accused priests. Now, despite the dioceses’ release of nearly 5,300 names, most in the last two years, critics say the lists are far from complete.

An AP analysis found more than 900 clergy members accused of child sexual abuse who were missing from lists released by the dioceses and religious orders where they served.

The AP reached that number by matching those public diocesan lists against a database of accused priests tracked by the group BishopAccountability.org and then scouring bankruptcy documents, lawsuits, settlement information, grand jury reports and media accounts.

More than a hundred of the former clergy members not listed by dioceses or religious orders had been charged with sexual crimes, including rape, solicitation and receiving or viewing child pornography.

On top of that, the AP found another nearly 400 priests and clergy members who were accused of abuse while serving in dioceses that have not yet released any names.

“No one should think, ‘Oh, the bishops are releasing their lists, there’s nothing left to do,’” said Terence McKiernan, co-founder of BishopAccountability.org, who has been tracking the abuse crisis and cataloging accused priests for almost two decades.

Church officials say that absent an admission of guilt, they have to weigh releasing a name against harming the reputation of priests who may have been falsely accused. By naming accused priests, they note, they also open themselves to lawsuits from those who maintain their innocence.

Some dioceses have excluded entire classes of clergy members from their lists — priests in religious orders, deceased priests who had only one allegation against them, priests ordained in foreign countries and, sometimes, deacons or seminarians ousted before they were ordained.

Poster’s name was not included when the Davenport, Iowa, diocese issued its first list of two dozen credibly accused priests in 2008. The diocese said his crime of possessing more than 270 videos and images of child pornography on his work laptop was not originally a qualifying offense in the church’s landmark charter on child abuse because there wasn’t a direct victim.

Child pornography was added to the church’s child abuse charter in 2011 and, though the diocese promised it would update its list of perpetrators as required under a court-approved bankruptcy plan, it never included Poster.

“It was an oversight,” diocese spokesman Deacon David Montgomery told the AP. He said the public had been kept informed about the case through press releases issued from Poster’s arrest until his removal from the priesthood in 2007.

Poster, who now lives in Silver Spring, Maryland, declined to comment when reached by the AP.

Of the 900 unlisted accused clergy members, more than a tenth had been charged with a sex-related crime — a far higher percentage than those named publicly by dioceses and orders, the AP found.

Dioceses varied widely in what they considered a credible accusation. Like Poster, some of the priests criminally charged with child pornography weren’t listed because some dioceses said a victim needed to report a complaint.

Other dioceses created exceptions for a host of other reasons, ranging from cases being deemed not credible by a board of lay church people to the clergy members in question having since died and thus being unable to defend themselves.

“If your goal is protecting kids and healing victims, your lists will be as broad and detailed as possible. If your goal is protecting your reputation and institution, it will be narrow and vague. And that’s the choice most bishops are making,” said David Clohessy, the former executive director of the Survivors Network of those Abused by Priests, who now heads the group's St. Louis chapter.

The largest exceptions were made for the nearly 400 priests in religious orders who, while they serve in diocesan schools and parishes, don’t report to the bishops.

Richard J. McCormick, a Salesian priest who worked at parishes, schools and religious camps in dioceses in Florida, New York, Massachusetts, Indiana and Louisiana, has been accused of molesting or having inappropriate contact with children from three states. In 2009, his order settled the first three civil claims against him. Yet he does not appear on any list of credibly accused clergy members.

McCormick finally faced criminal charges after one of his victims spotted the priest’s name on a very different list — one posted in 2011 by a Boston lawyer who represents church sexual abuse victims.

Thirty years had gone by, but Joey Covino said he immediately recognized a photo of McCormick as the priest who had molested him over two summers at a Salesian camp for underprivileged boys in Ipswich, Massachusetts.

When he and his brothers returned to the camp for a second year, “I was petrified — petrified — and I couldn’t say anything,” said Covino, now 49 and a police officer in Revere, Massachusetts.

His decision to come forward led to McCormick being convicted of rape in 2014 and sentenced to up to 10 years. The priest since has pleaded guilty to assaulting another boy.

The Salesians, based in New Rochelle, New York, have never posted a list of credibly accused priests.

“Our men who have been credibly accused and have had accusations have been listed in the various dioceses that we serve,” said Father Steve Ryan, vice provincial of the order. Ryan said he was certain McCormick’s name appeared on several lists, including Boston’s.

But when Boston posted its list in 2011, Archbishop Sean Patrick O’Malley wrote that he was not including priests from religious orders or visiting clerics because the diocese “does not determine the outcome in such cases; that is the responsibility of the priest’s order or diocese.”

O’Malley since has called on religious orders to post their own lists, spokesman Terry Donilon said.

The AP found the Boston archdiocese has the most accused priests left off its list, with almost 80 not included. Nearly three-quarters, like McCormick, were priests from religious orders.

Pennsylvania Attorney General Josh Shapiro told the AP that he had to fight church leaders to release a groundbreaking 2018 grand jury report that named more than 300 predator priests and catalogued clergy abuse over seven decades in six of the state’s dioceses.

Several bishops played a direct role in covering up the abuse in Pennsylvania, Shapiro said.

“You can’t put much stock in the lists that the church voluntarily provides because they cannot be trusted to police themselves,” he said.