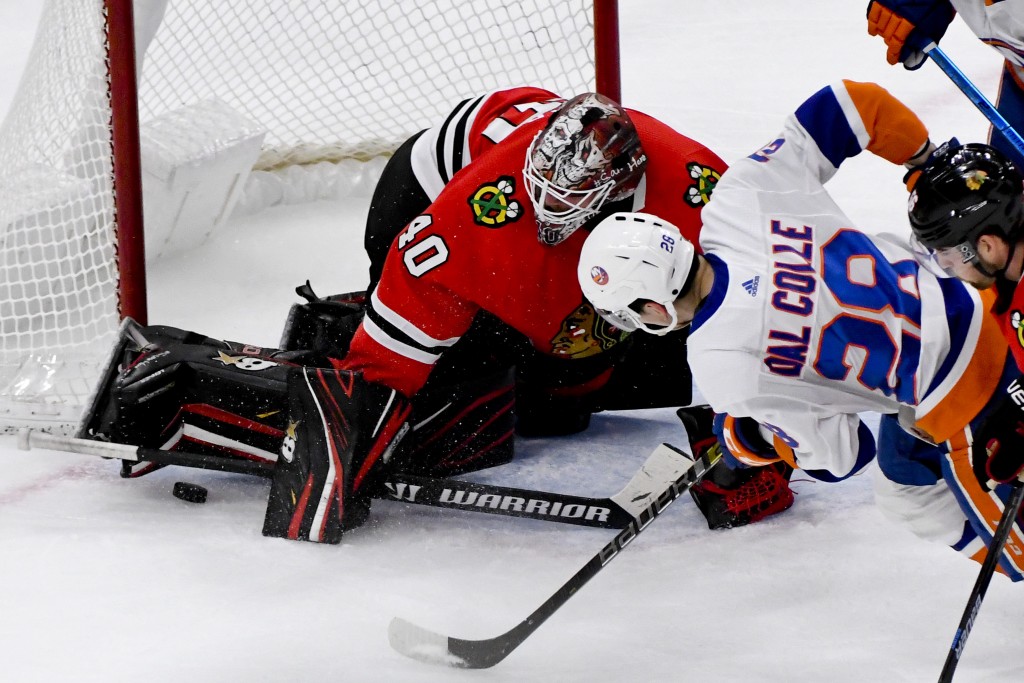 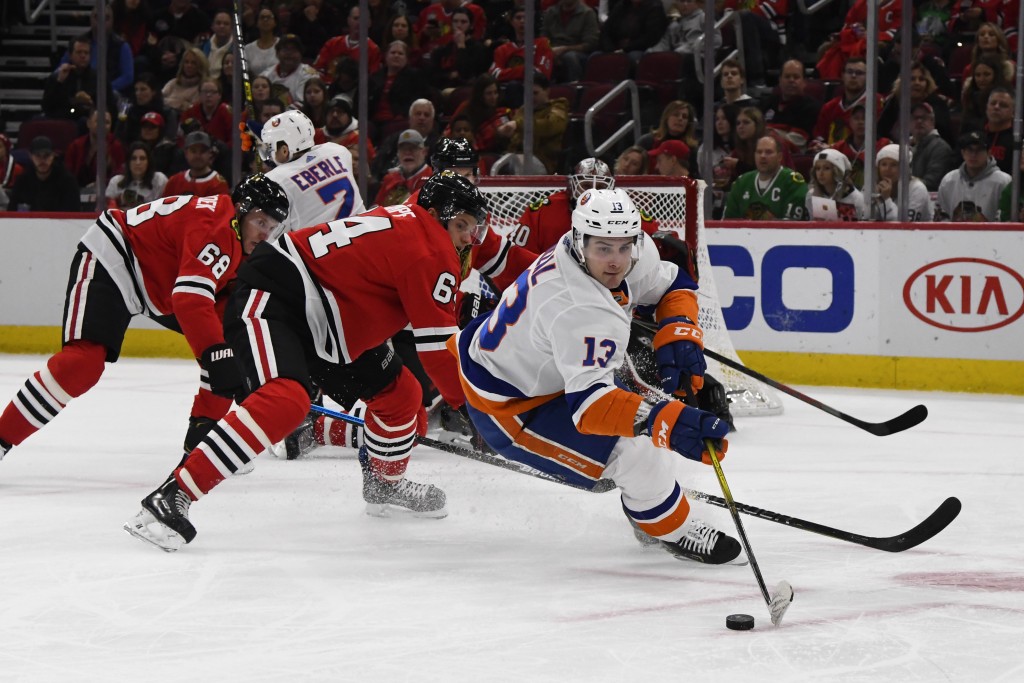 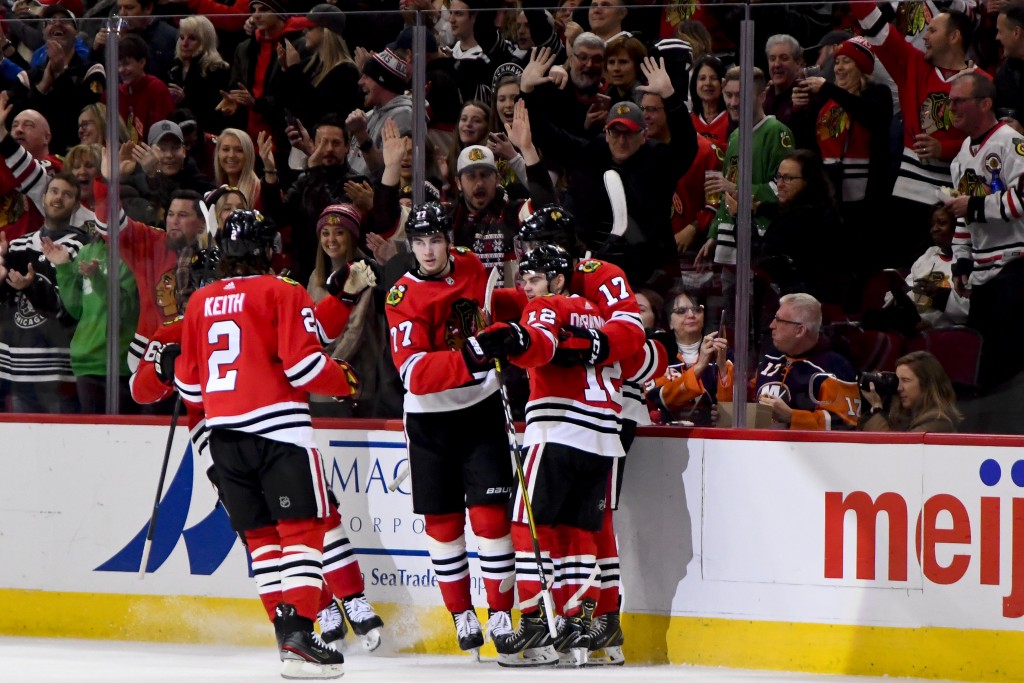 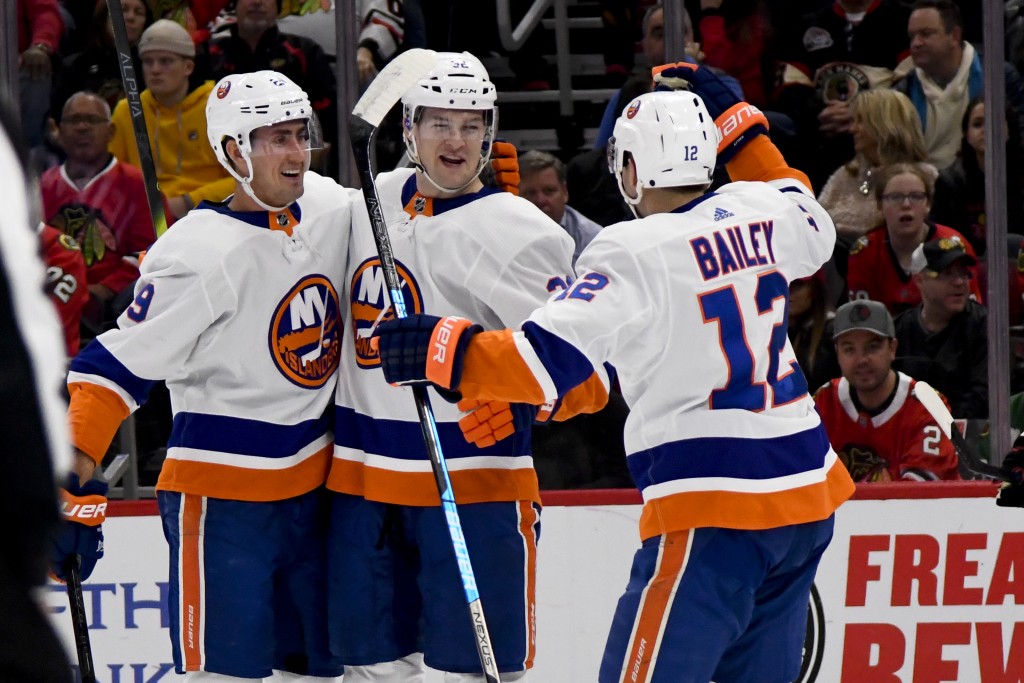 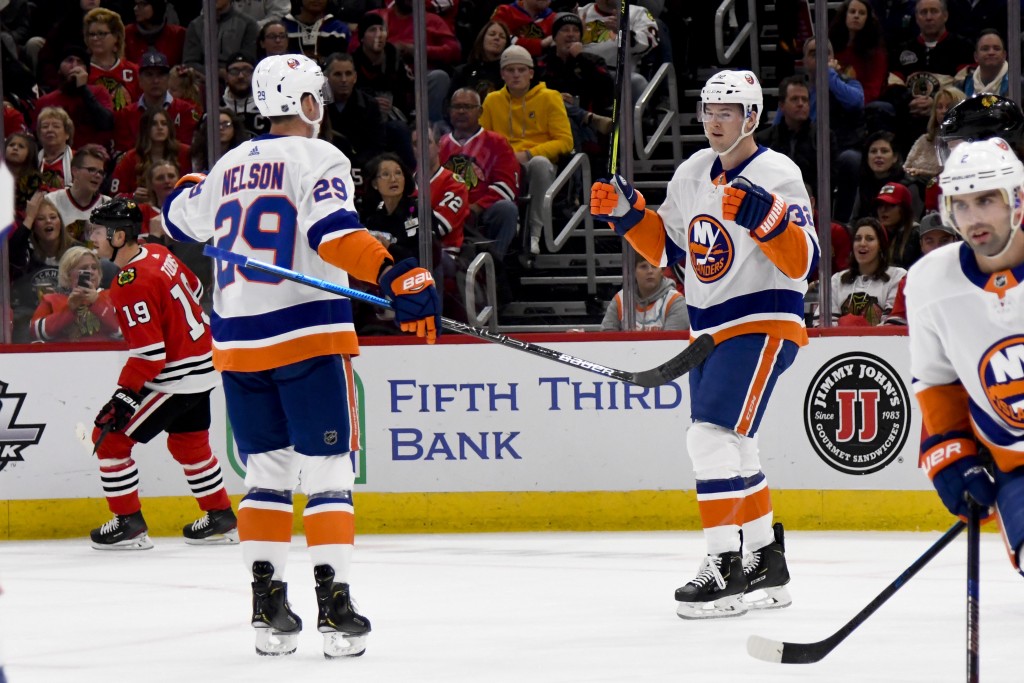 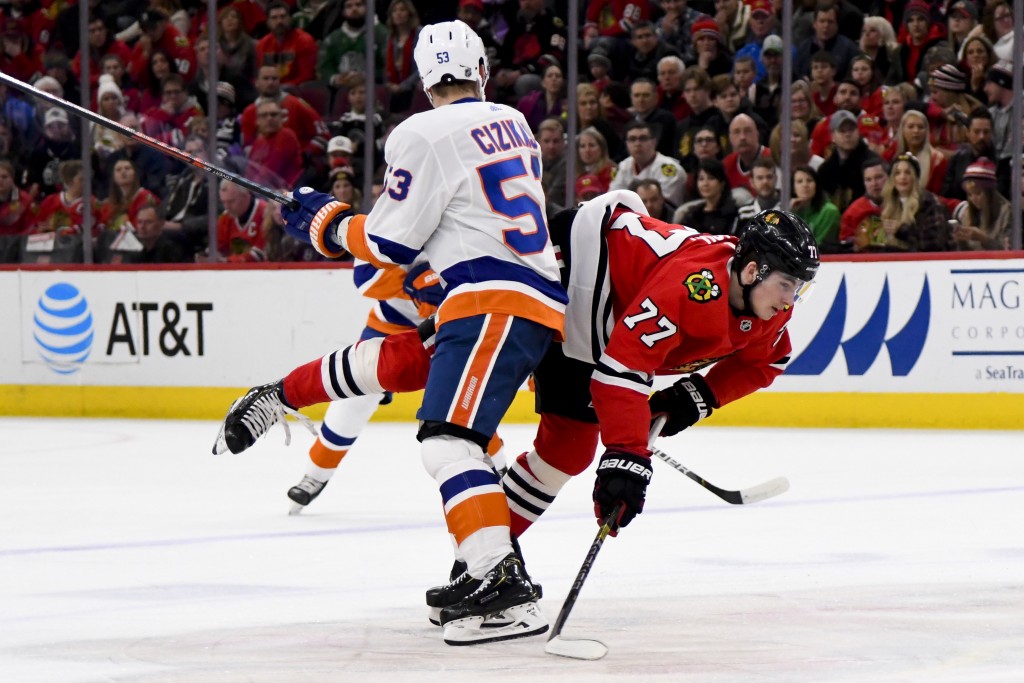 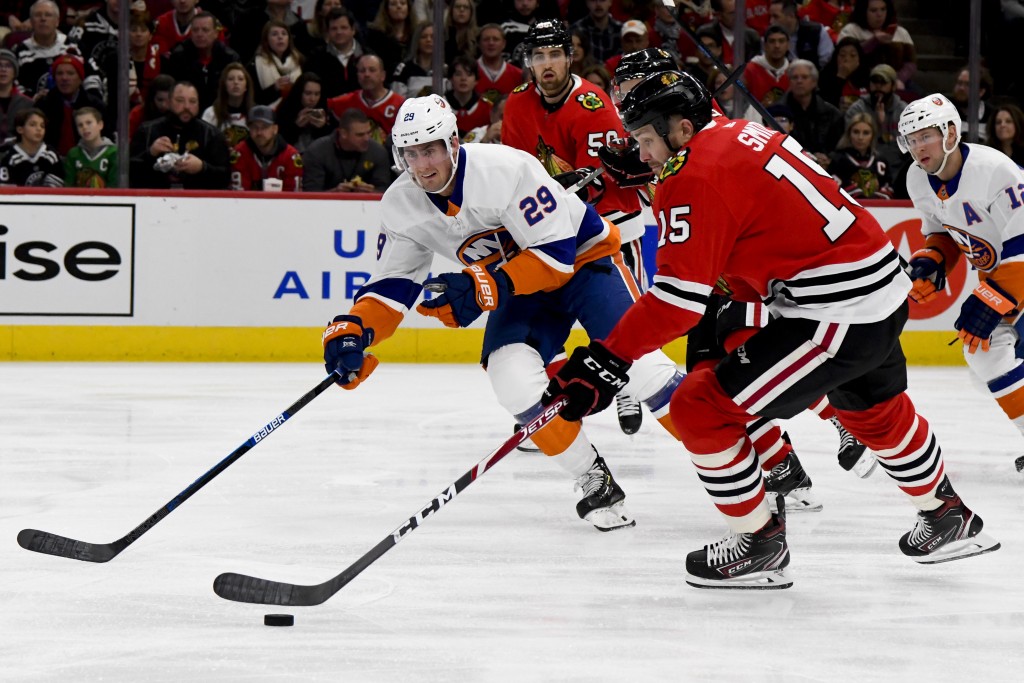 Jonathan Toews, Alex DeBrincat and Dominik Kubalik also scored for banged-up Chicago, which bounced back nicely from Monday night's ugly 7-1 loss to New Jersey. Matthew Highmore was credited with his first goal of the season when his third-period centering pass went off Islanders defenseman Ryan Pulock and into the net.

New York lost for the fourth time in five games in the opener of a three-game road trip. Ross Johnston and Casey Cizikas scored for the Islanders, and Thomas Greiss made eight saves on 11 shots before he was replaced by Semyon Varlamov in the first.

It was the first game for the Blackhawks since defensemen Brent Seabrook and Calvin de Haan were placed on long-term injured reserve. Seabrook and de Haan each had season-ending right shoulder surgery earlier Friday.

The Islanders jumped in front when Johnston finished a give-and-go with Josh Bailey 5:50 into the first, but the Blackhawks grabbed control with three goals in a span of 4:22.

Gilbert tied it at 1 when he skated to the low slot, got a slick pass from Dylan Strome and slid a backhand between Greiss' legs at 7:34. Gilbert then celebrated with a big fist pump while Kirby Dach retrieved the puck from the net for him.

Kubalik got his 11th goal of his rookie season when his shot went off the stick of Islanders defenseman Nick Leddy and past Greiss at 9:46. DeBrincat then stopped an eight-game drought with his first goal since Dec. 8, leading Islanders coach Barry Trotz to bring in Varlamov.

The Islanders turned up the pressure in the second, but Lehner made 16 stops to preserve Chicago's 3-1 lead. He denied Michael Dal Colle in front at 13:55, and got some help from Gilbert when the sprawling defenseman blocked Anthony Beauviller's shot with about three minutes left.

Lehner spent last season with New York, setting a career high with 25 wins and six shutouts and finishing with a 2.13 goals-against average. He talked to the Islanders about a new contract, but ended up signing a $5 million, one-year deal with the Blackhawks in free agency.

NOTES: Boqvist hurt his right shoulder in the loss to the Devils. Slater Koekkoek replaced him in the lineup. ... Caggiula (concussion) has been skating and could return soon.