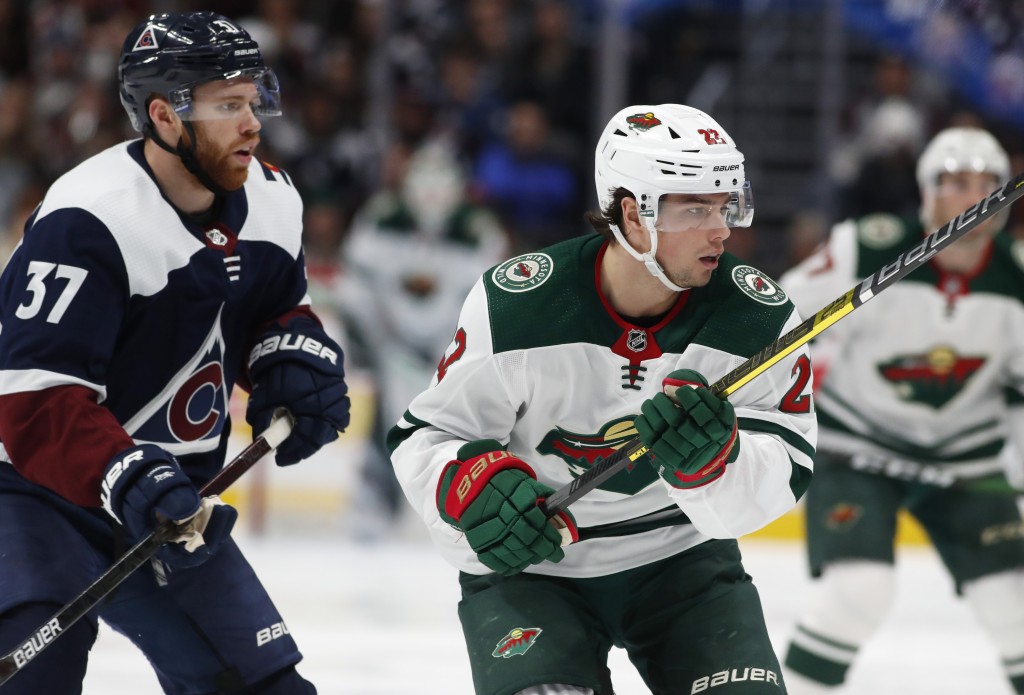 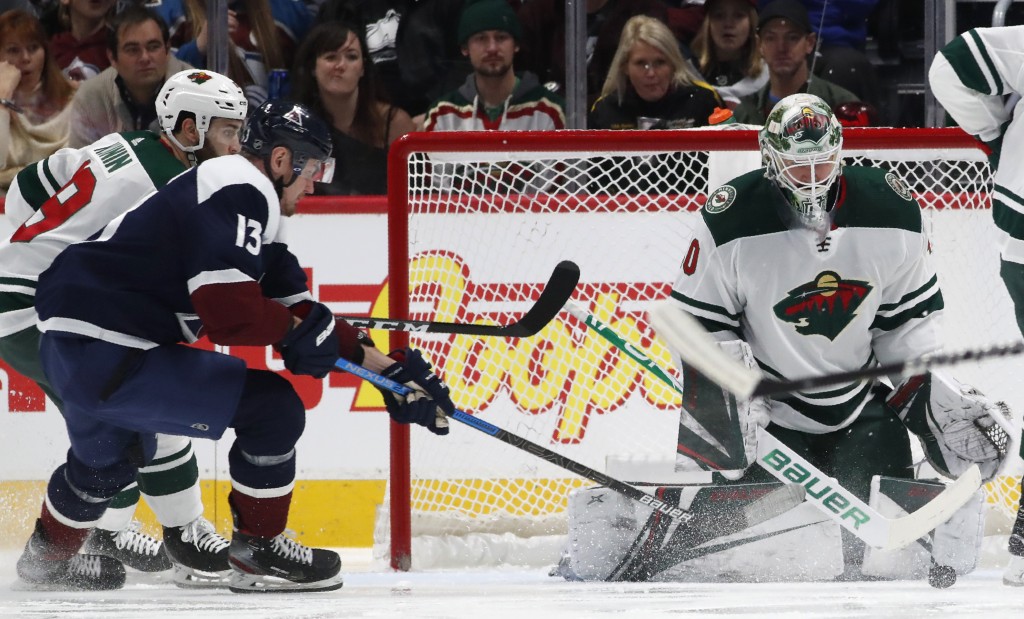 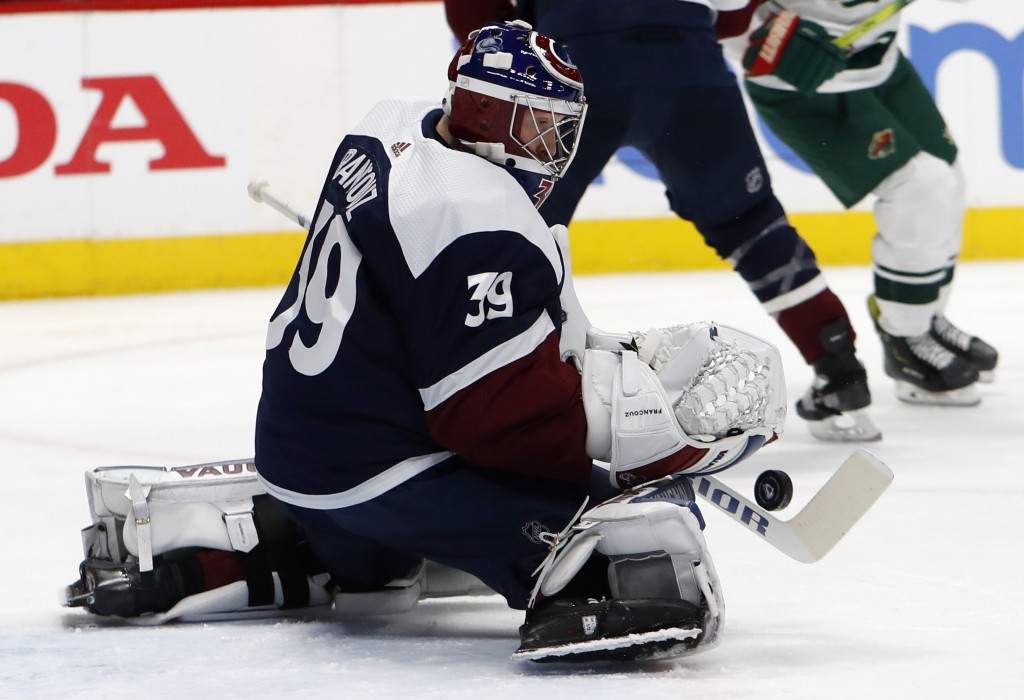 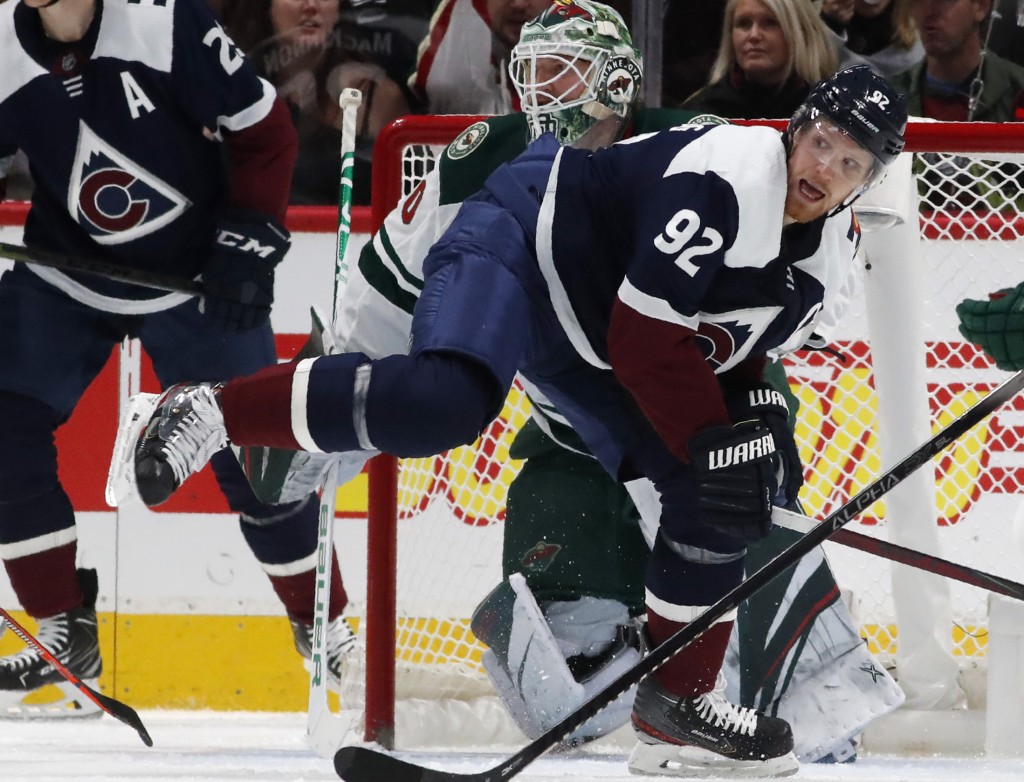 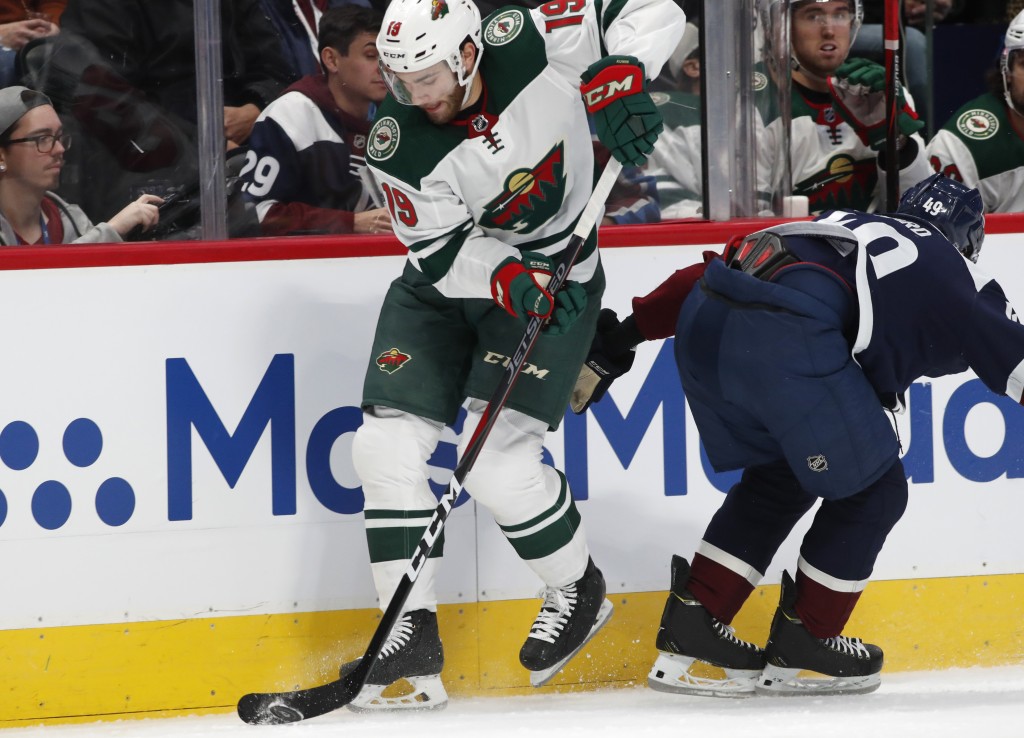 DENVER (AP) — Mats Zuccarello and Victor Rask scored in a 1:17 span in the third period and the Minnesota Wild rallied past the Colorado Avalanche 6-4 on Friday night.

Devan Dubnyk made 14 of his 40 saves in the third period for the Wild, who have taken two of the three games against Colorado.

Matt Calvert had two goals, and Nathan MacKinnon and Gabriel Landeskog also scored for Colorado. Pavel Francouz had 27 saves for the Avalanche, who have lost their last three home games despite holding a third-period lead in each.

Calvert's second goal of the game 1:33 into the third period gave Colorado a 4-3 lead before Zuccarello tied it with his 10th of the season at 10:41.

Rask put Minnesota back in front with his fourth of the season and Suter scored into an empty net at 19:48.

Midway through the second period, Minnesota had a goal by Joel Eriksson Ek taken away when Colorado coach Jared Bednar successfully challenged that Marcus Foligno was offside.

After Hunt scored a power-play goal that gave the Wild a 3-2 lead, Colorado tied it on MacKinnon's goal with 48 seconds left in the period, a goal that Dubnyk argued futilely was kicked in by the center.

The Wild took a 2-0 lead on goals by Soucy and Staal in the first 9:22 of the first, but the Avalanche rallied and tied it when Calvert and Landeskog scored 46 seconds apart.

NOTES: Colorado has been successful on all three offside challenges this season and has won four out of five overall challenges. ... Minnesota C Mikko Koivu (lower-body injury) missed his 11th straight game. ... Avalanche D Cale Makar had an assist in his return to the lineup. He missed eight games with an upper-body injury. ... Denver Broncos All-Pro linebacker Von Miller, a frequent courtside fan at Denver Nuggets games, was sitting along the glass.

Avalanche: At Dallas on Saturday night.