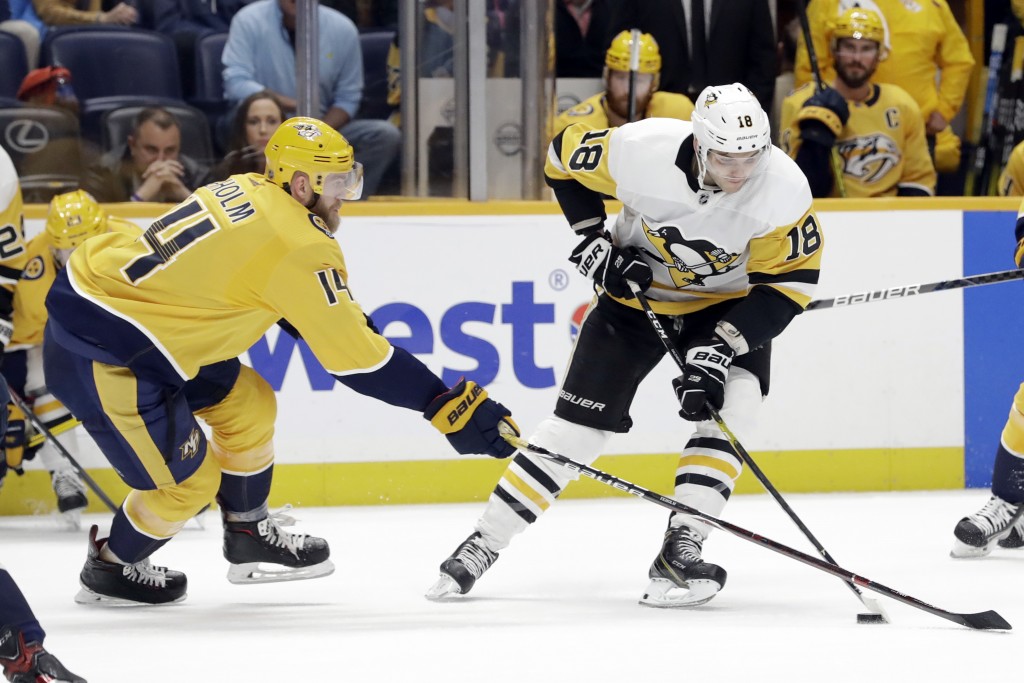 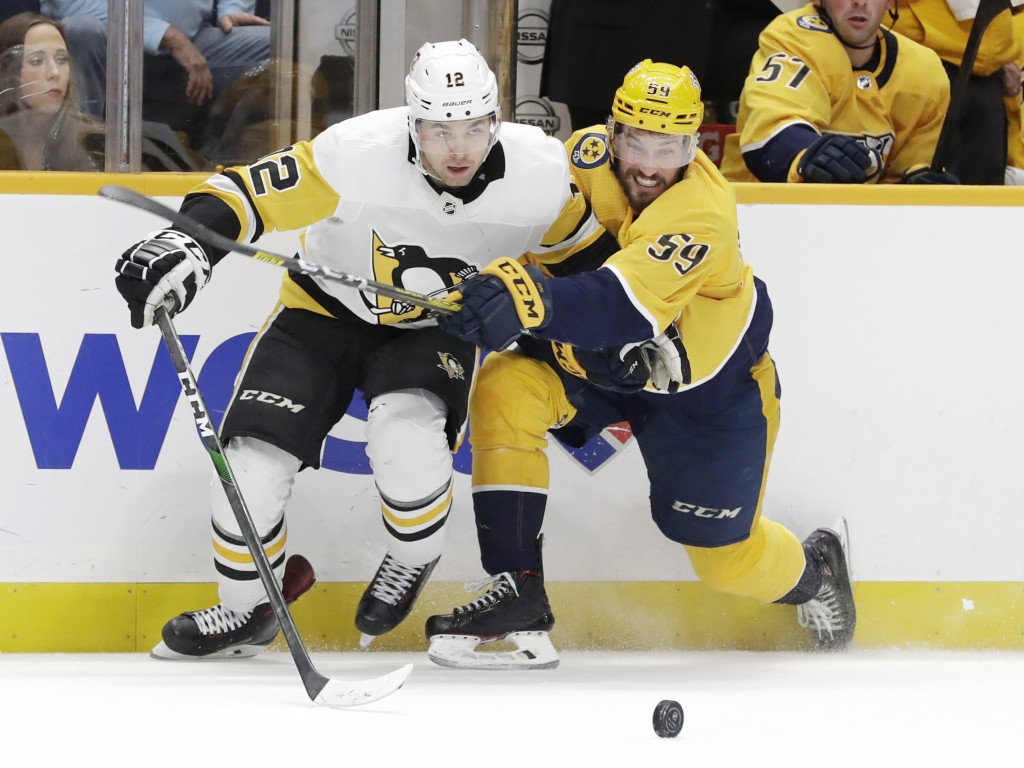 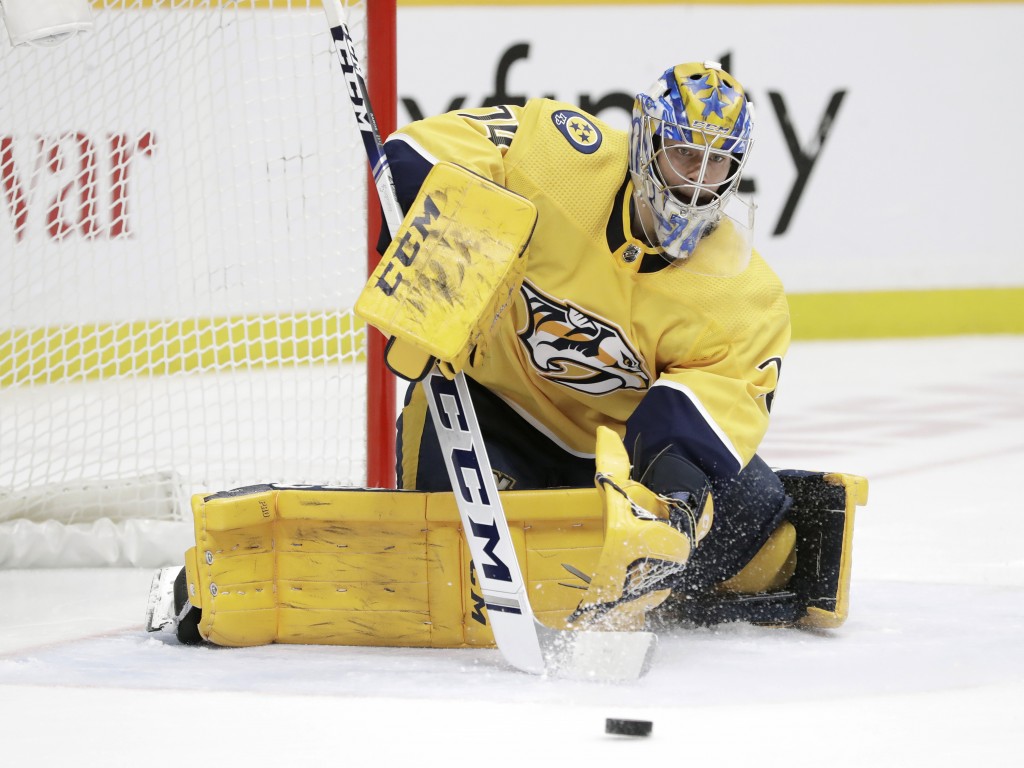 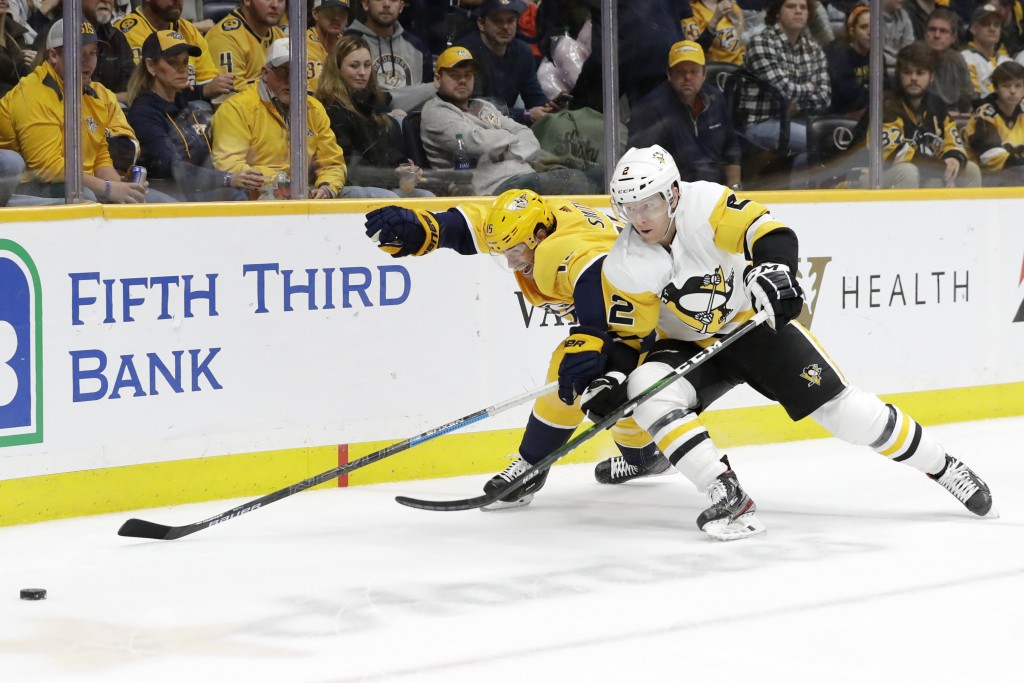 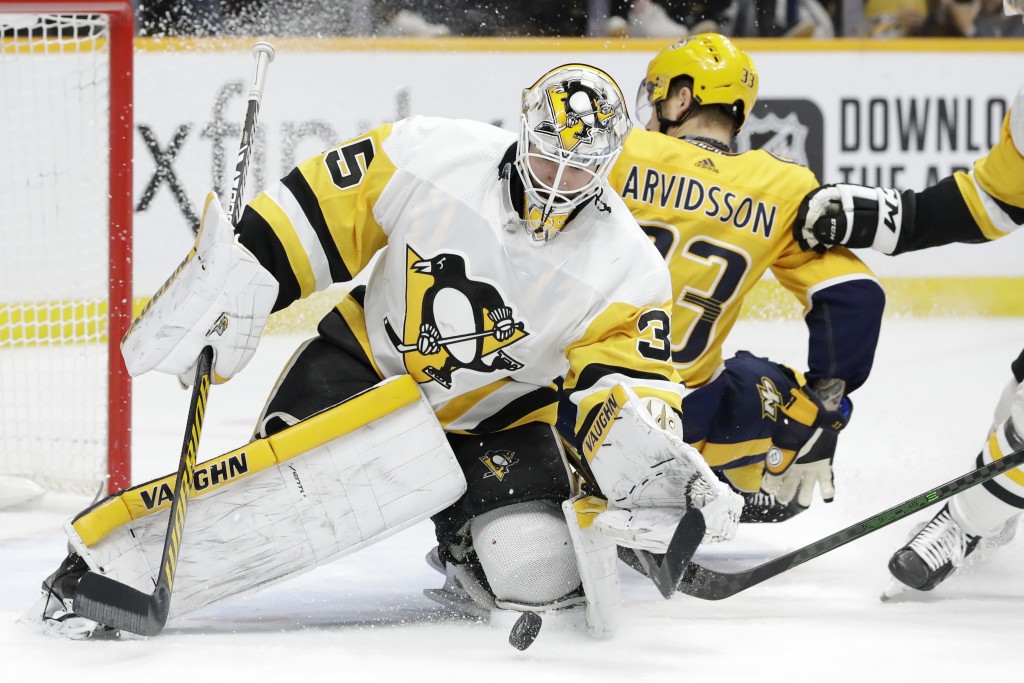 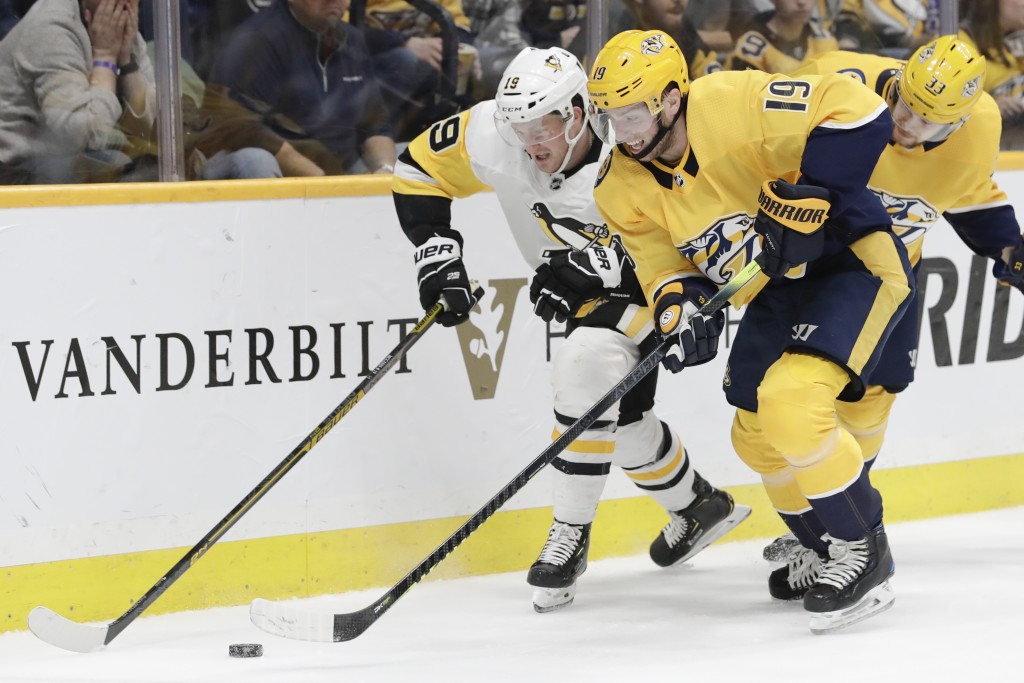 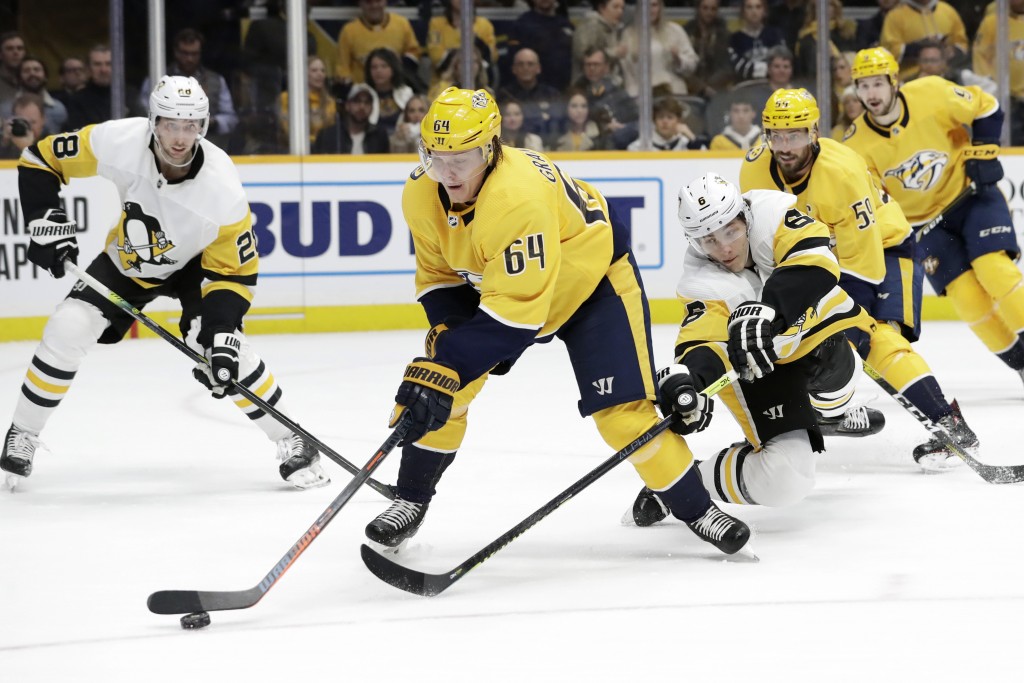 Dominik Simon, Teddy Blueger, Bryan Rust and Juuso Riikola also scored for the Penguins, who have won five of six.

The Predators lost two players to injury in the first period, including defenseman Dan Hamhuis after Galchenyuk's wrist shot hit him in the face. Hamhuis hurried off the ice and down the tunnel, and the game was delayed while his blood was cleaned off the ice.

Colton Sissons was also pulled after a player fell onto his right leg. Nashville announced at the start of the second period that neither would return.

Craig Smith and Viktor Arvidsson scored for the Predators, who ended a five-game points streak.

Simon scored at 2:17 of the opening period on the game’s first shot — a gentle wrist shot that squeezed through Rinne's pads.

Smith drew Nashville even at 4:30 of the first when he redirected Mattias Ekholm's shot, but Rinne was chased with 5:10 remaining in the first after allowing two goals in 34 seconds.

Galchenyuk put Pittsburgh ahead 2-1, and Blueger capitalized on a rebound of Zach Aston-Reese's shot for a two-goal lead.

The 25-year-old Galchenyuk, acquired last offseason in exchange for star forward Phil Kessel, ended an eight-game scoring drought. This was his first goal on the road this season — he entered with just two assists in 11 away games.

Rust and Riikola put it out of reach with their second period goals. Riikola’s was his first of the season.

Arvidsson’s goal at 9:18 of the third was his second in two games.

Notes: Predators D Roman Josi played his 600th career game. He’s just the second Swiss-born player to reach that mark along with Mark Streit. Josi had one assist, extending his points streak to six games. ... Nashville LW Austin Watson returned to the lineup after being a healthy scratch the previous two games. ... The Penguins are 11-3-1 in their last 15 against Nashville.

The teams meet again Saturday night in Pittsburgh in the back end of a home-and-home set.