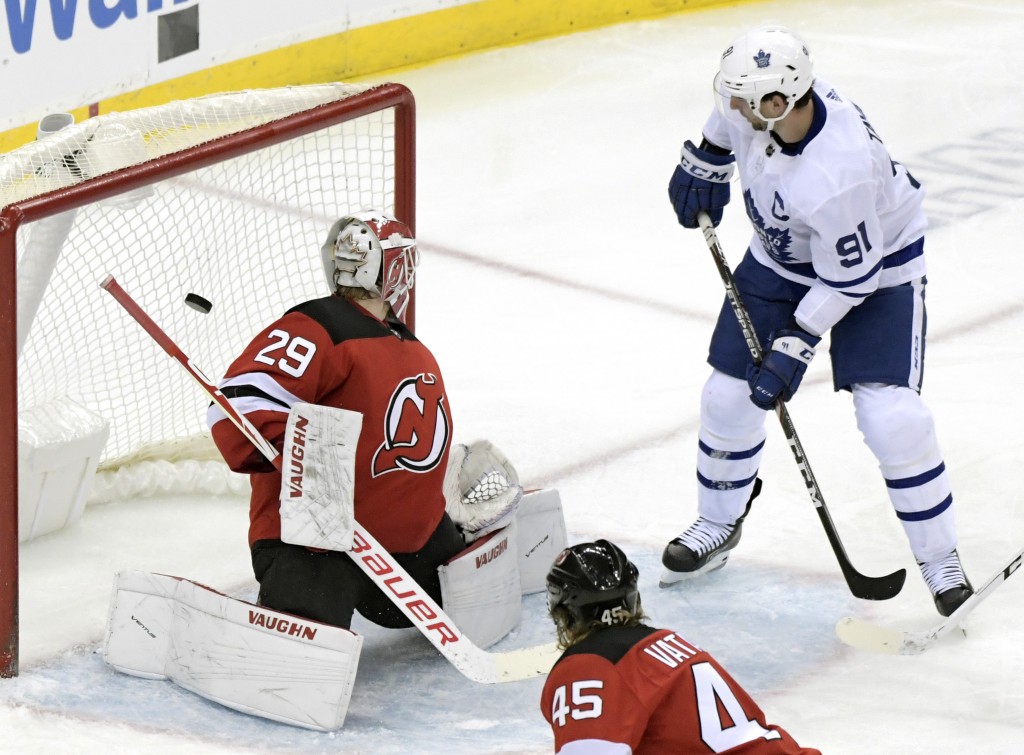 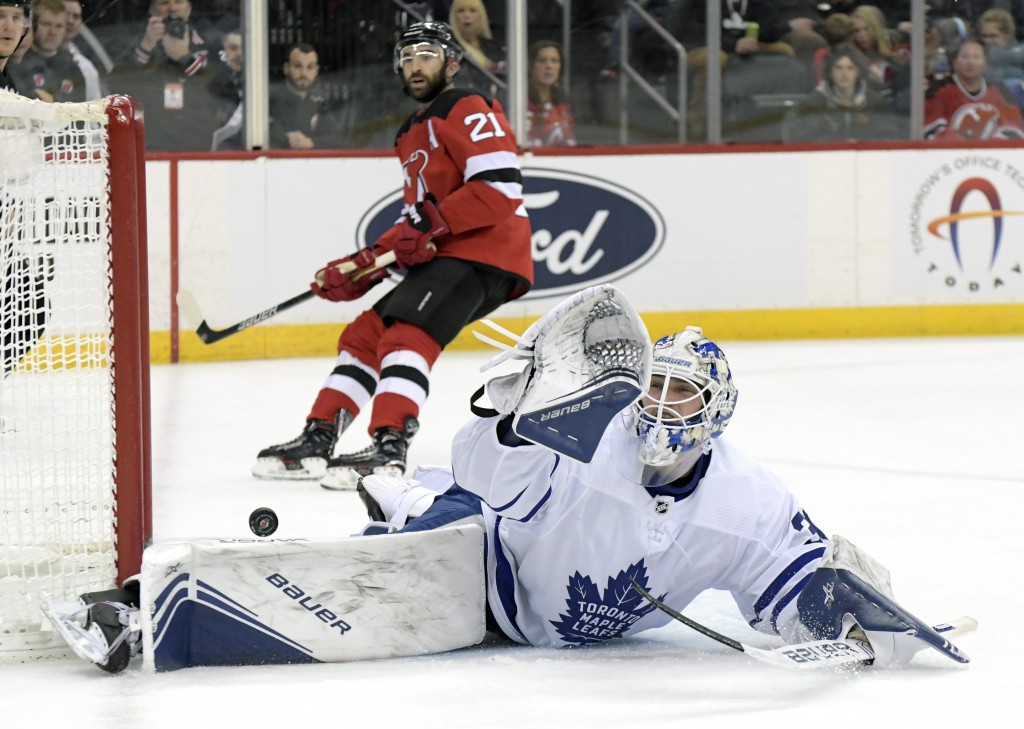 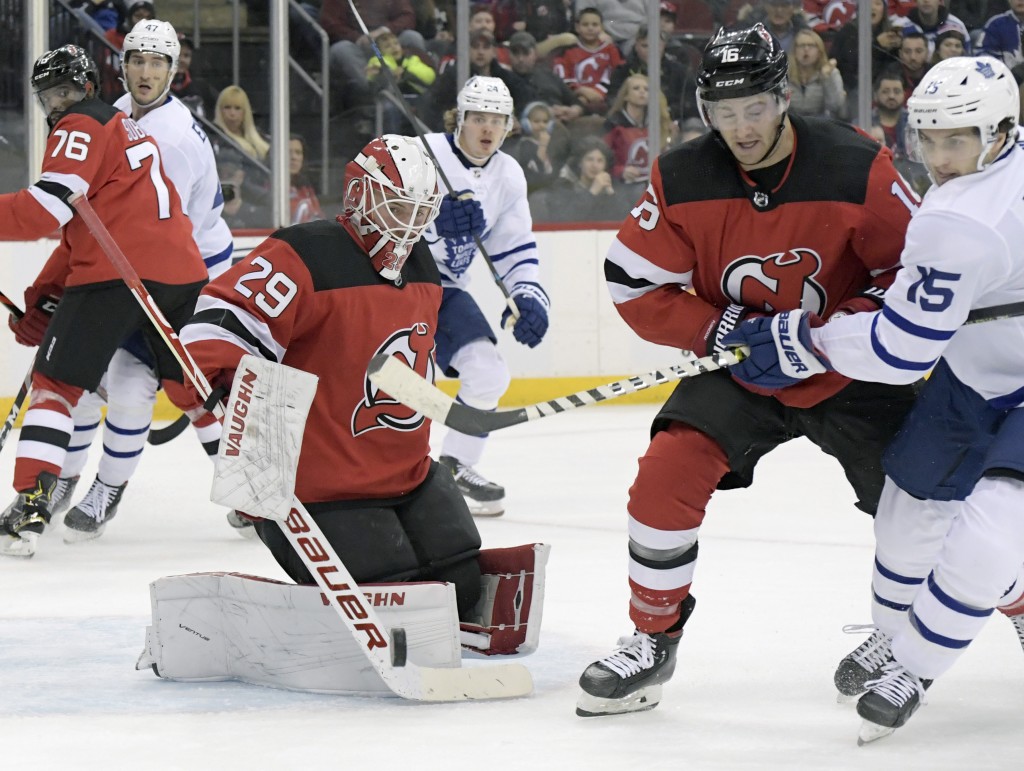 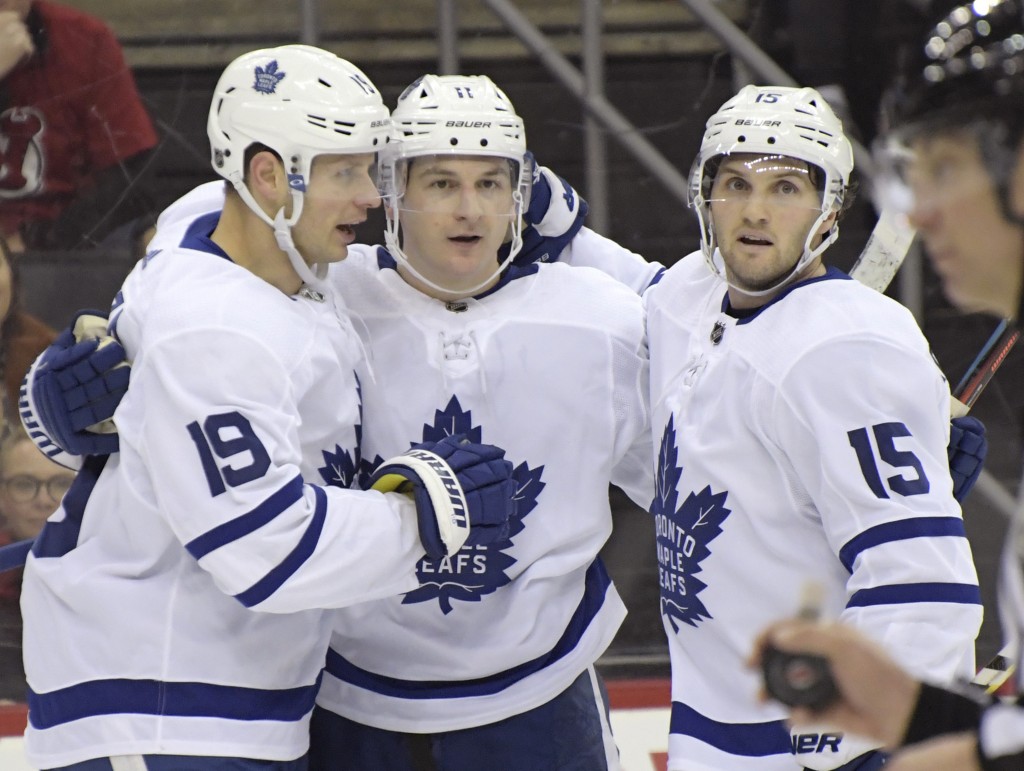 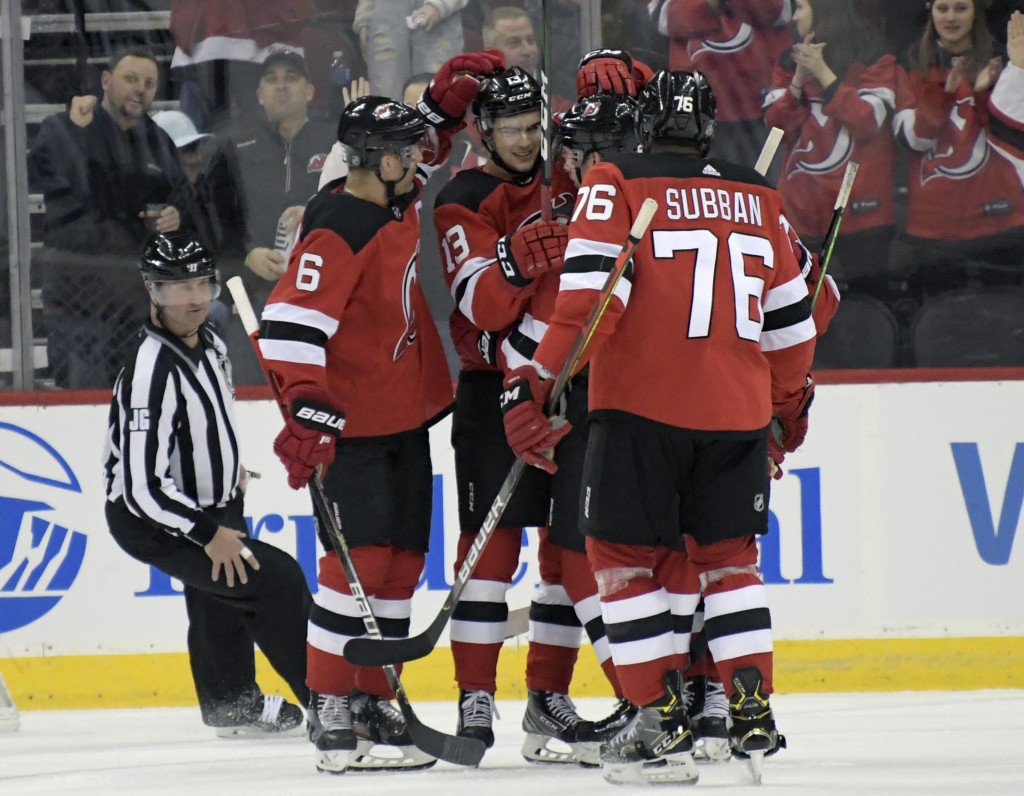 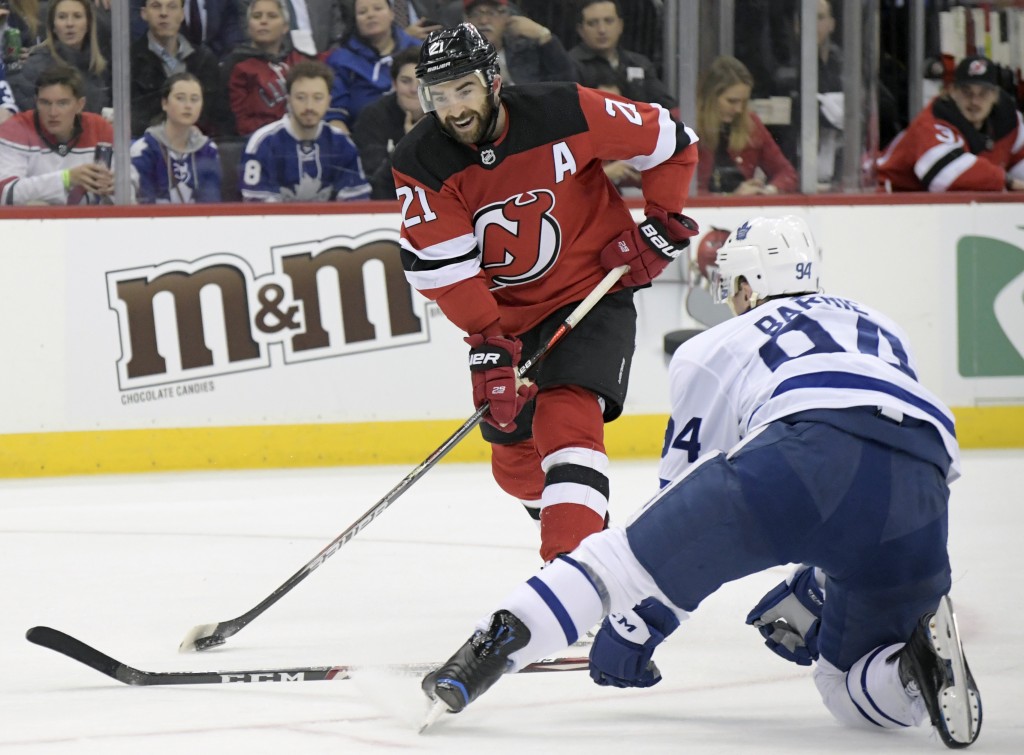 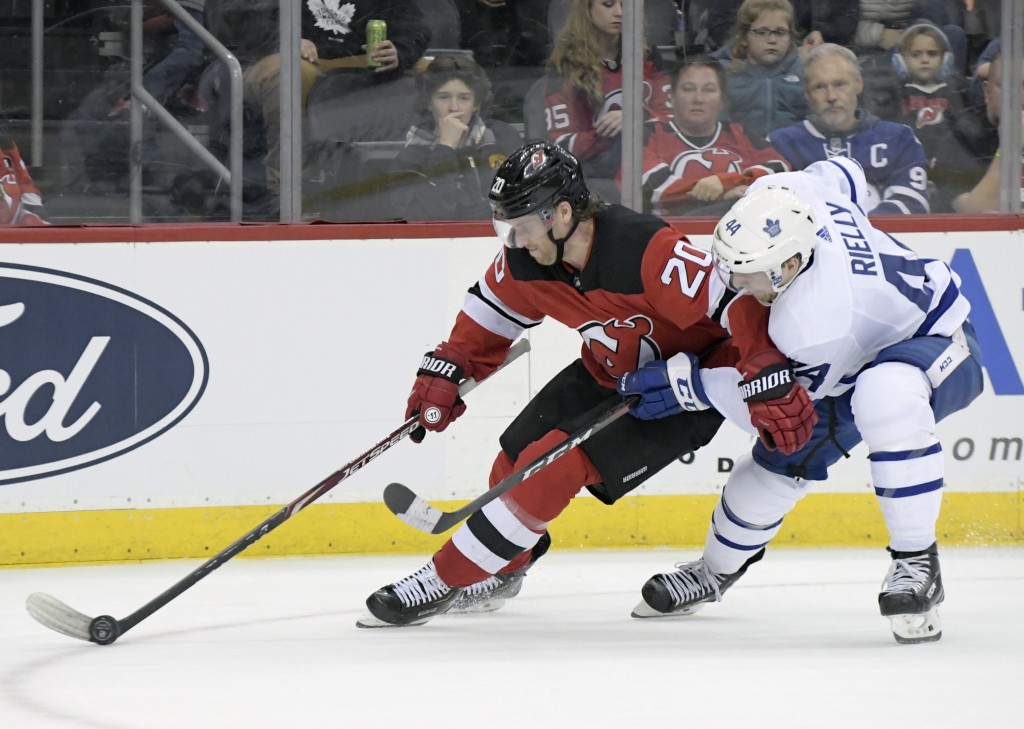 NEWARK, N.J. (AP) — Devils defenseman Damon Severson backhanded the puck into his own net in overtime, gifting the Toronto Maple Leafs a 5-4 win over New Jersey on Friday night for their season-best sixth straight victory.

Severson got the puck after Toronto's William Nylander lost control of it driving toward New Jersey's net. The 25-year-old Severson inadvertently beat goaltender Mackenzie Blackwood while trying to clear the puck out of danger. Nylander was credited with the goal.

Mikheyev left the ice in the third period after being cut on his wrist by Jack Hughes' skate. He was taken to a hospital for evaluation, the Maple Leafs said.

Tavares tied it at 4 with 11:45 left in the third period with a tap-in power-play goal from Blackwood's crease. Nylander made the pass to set it up.

The teams combined for seven goals during a wide-open first 40 minutes. Palmieri and Bratt got the last two a little more than three minutes apart to give the Devils a 4-3 lead.

Palmieri scored his 15th of the season on a point-blank shot shortly after lifting Tyson Barrie's stick to take the puck and tie it at 3. Palmieri jumped on a center-ice turnover by Kapanen to set up the go-ahead goal by Bratt at 10:11.

Hyman and Mikheyev scored 19 seconds apart late in the first period to give the Maple Leafs a 2-1 lead.

With the Devils enjoying a two-man advantage, Gusev tied it at 1:42 of the second period. Kapanen put Toronto ahead with a top-shelf shot at 5:18, but the Devils countered with two over the next five minutes for their second lead. Hischier had scored the game's first goal early.

NOTES: The teams will play two more times this season, both in Toronto (Jan. 14, Mar. 17). ... Toronto had 19 shots in the first period. It was still seven shy of its season high for a period, which it has done twice.