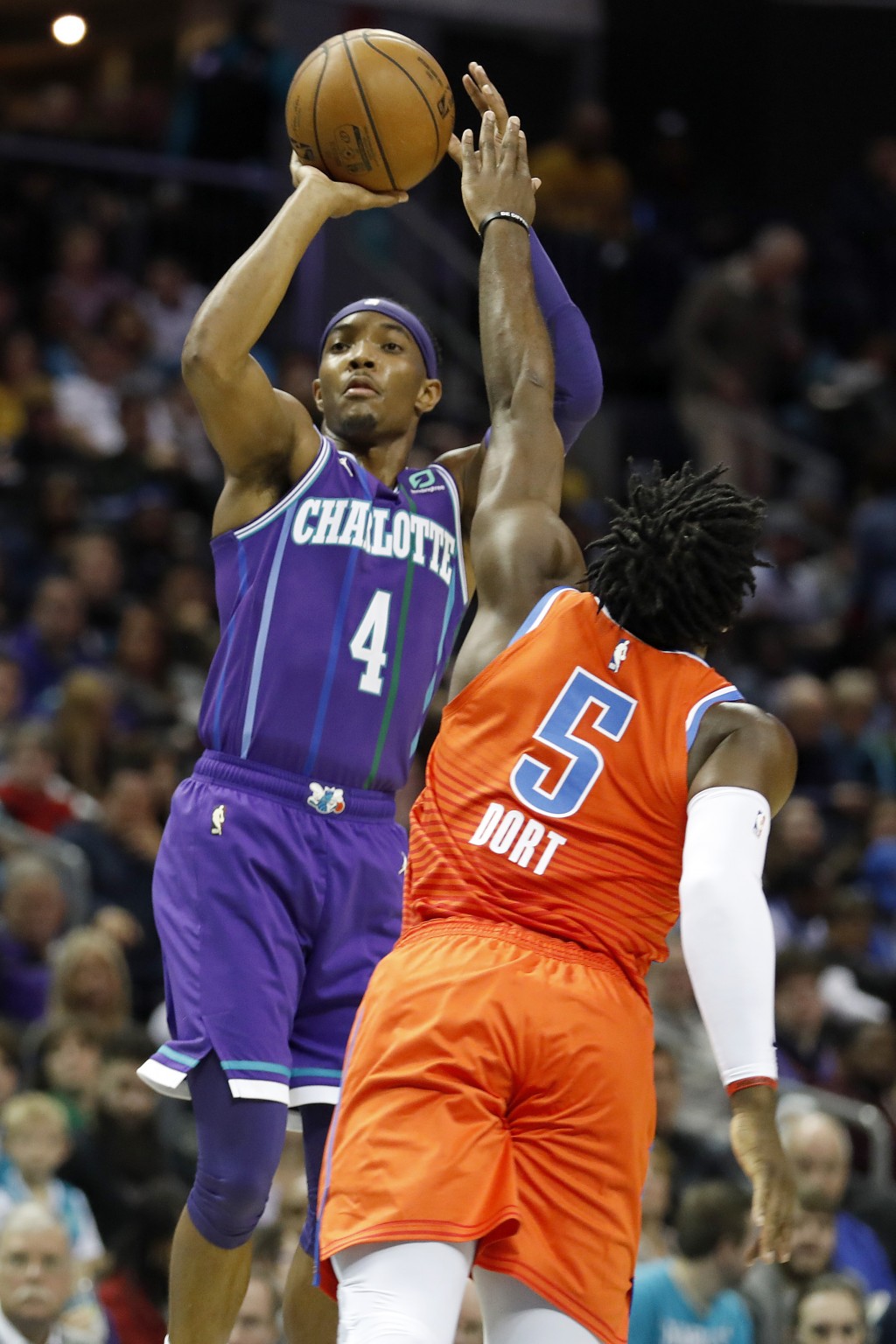 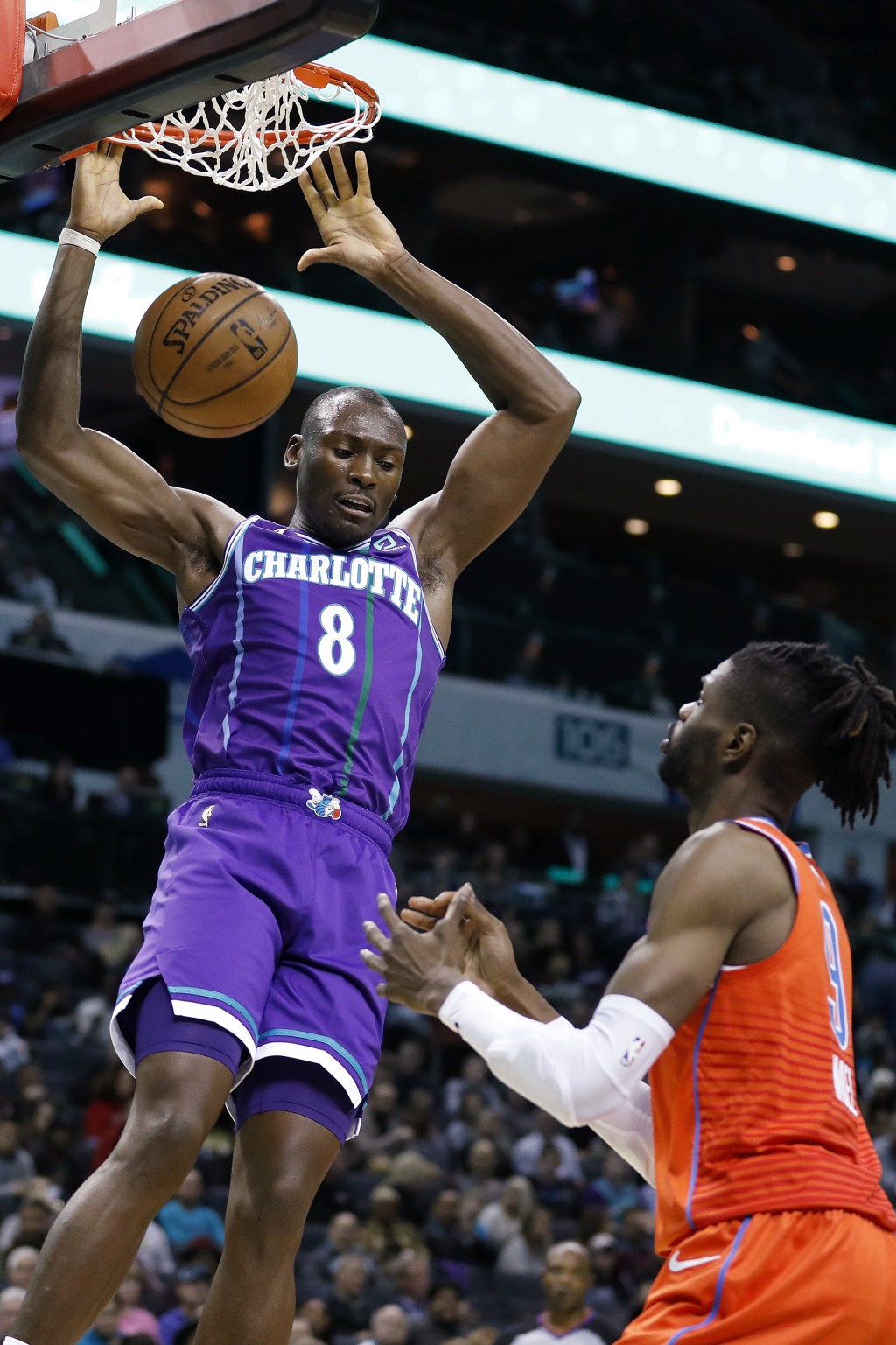 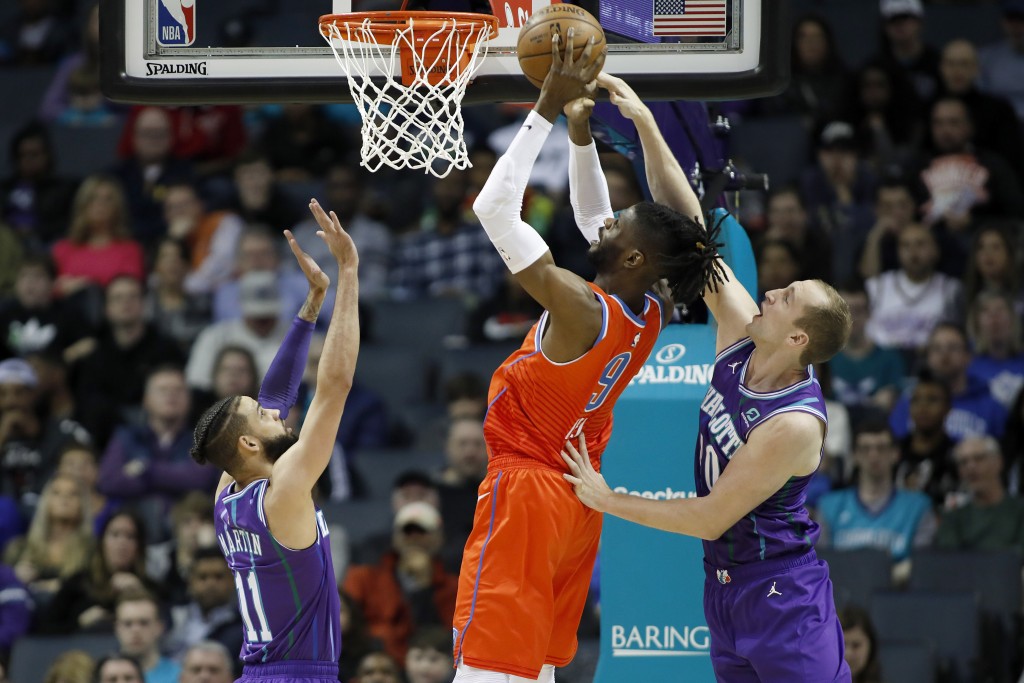 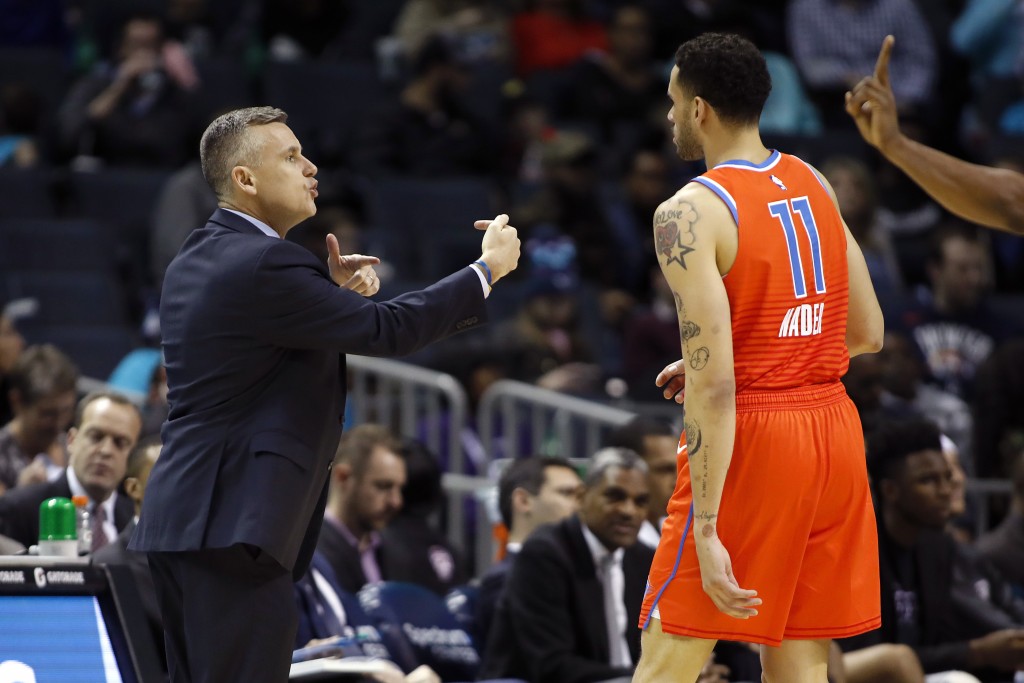 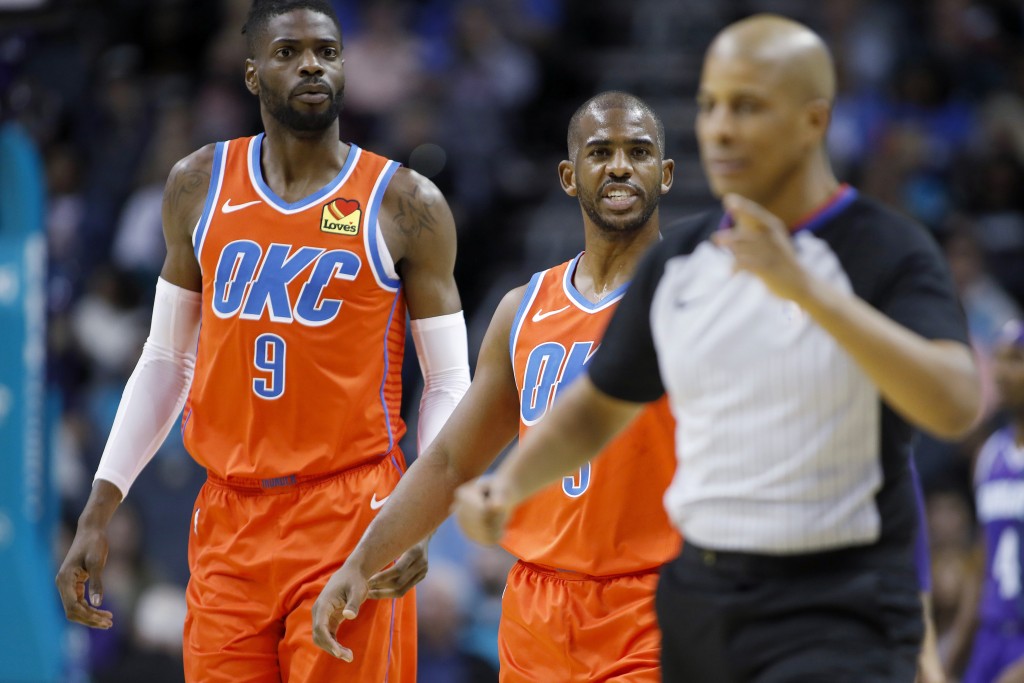 CHARLOTTE, N.C. (AP) — Shai Gilgeous-Alexander scored 27 points, Dennis Schroder added 24 off the bench and the Oklahoma City Thunder beat the Charlotte Hornets 104-102 in overtime on Friday night for their fifth win in the last six games.

Chris Paul finished with 16 points for the Thunder, 10 of those coming in the fourth quarter and overtime.

Terry Rozier scored 26 points and Devonte Graham had 15 points and 13 assists for the Hornets, who finished 7 of 39 from the 3-point range after missing their first 18 attempts from beyond the arc.

Steven Adams tipped in a miss by Paul to give the Thunder a 103-99 lead in the extra period, but Graham answered with a quick 3 from the top of the key. The Hornets fouled Gilgeous-Alexander, who made one of two free throws with 8.4 seconds left, giving Charlotte a chance to win or send the game into a second overtime.

But Charlotte's inbounds play went awry as Graham slipped trying to get the ball. P.J. Washington took matters into his own hands and drove to the basket and was fouled with 1.9 seconds left. But Washington missed the first free throw badly to the right and was forced to try to miss the second. Washington's second shot hit the front rim, but the Hornets were unable to corral the rebound as time expired.

The Thunder got off to a slow start, failing to score until nearly five minutes into the game after missing their first eight shots from the field and both free throw attempts. But Oklahoma City still managed to build a 16-point lead in the first half largely because the Hornets struggled from long distance.

Adams had 14 points and 12 rebounds for the Thunder.

Thunder: Bench outscored the Hornets' 47-26. Oklahoma City's bench has outscored its opponent's reserves in 24 of 31 games this season. ... Members of the Virginia Tech and Kentucky football teams attended the game. The teams will meet Tuesday in the Belk Bowl at Bank of America Stadium in Charlotte.

Hornets: Washington returned to the starting lineup after missing the last five games with a fractured finger on his right hand. ... Graham has increased his scoring output by 14.6 points over last season. No one else in the league is averaging more than an 8.4-point improvement. ... Overtime started in an odd way with Paul making a free throw after Rozier was assessed a technical foul for throwing the ball into the crowd at the end of regulation.

Thunder: Travel to Toronto to face the Raptors on Sunday night.