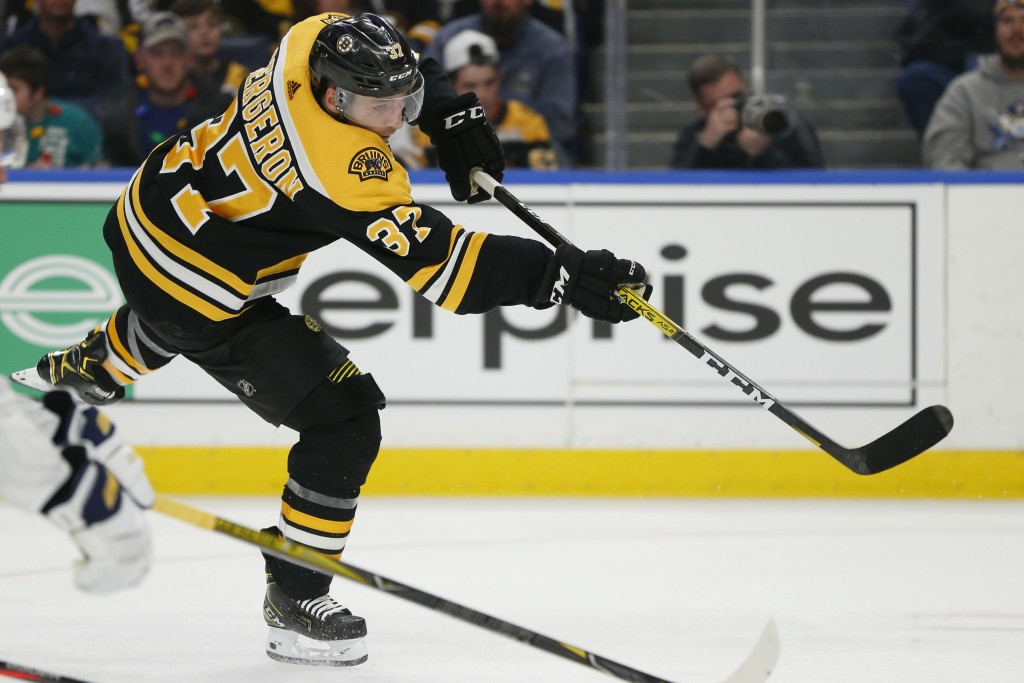 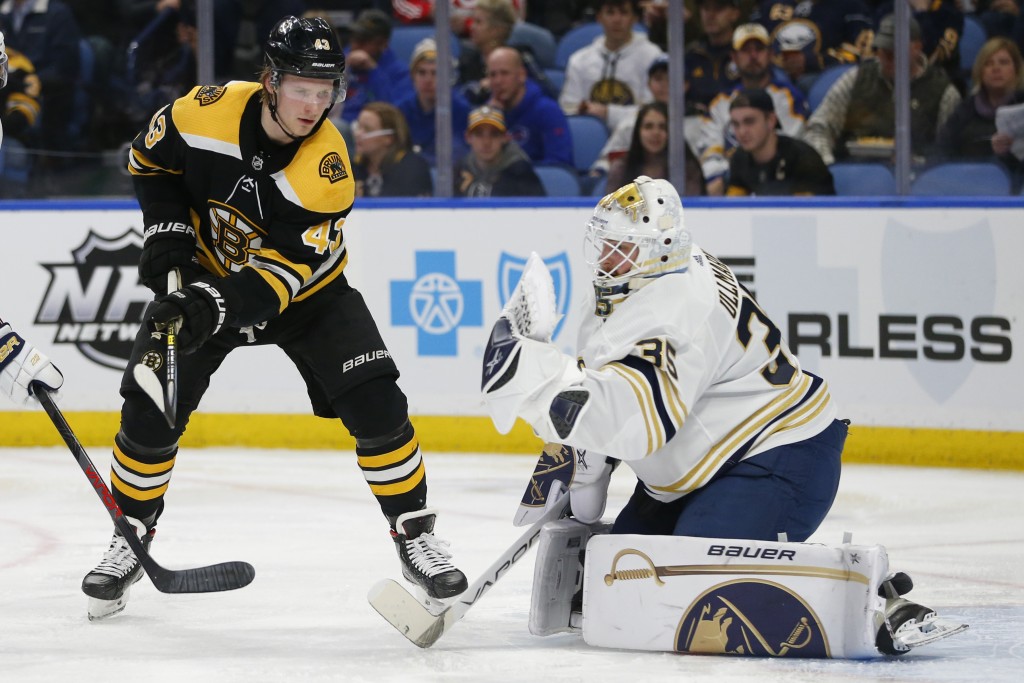 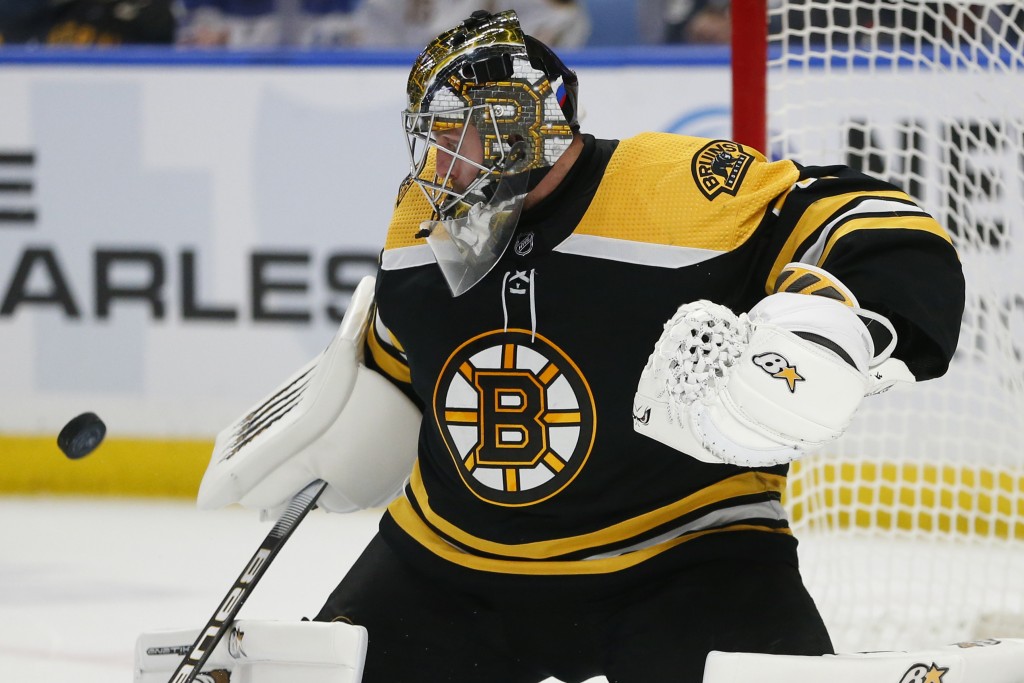 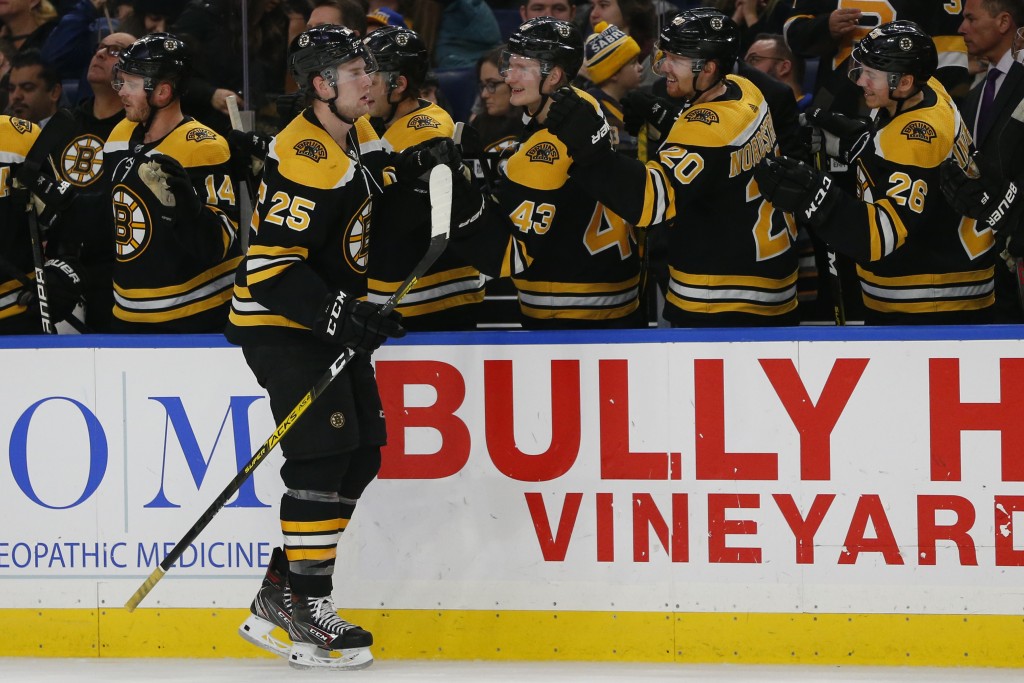 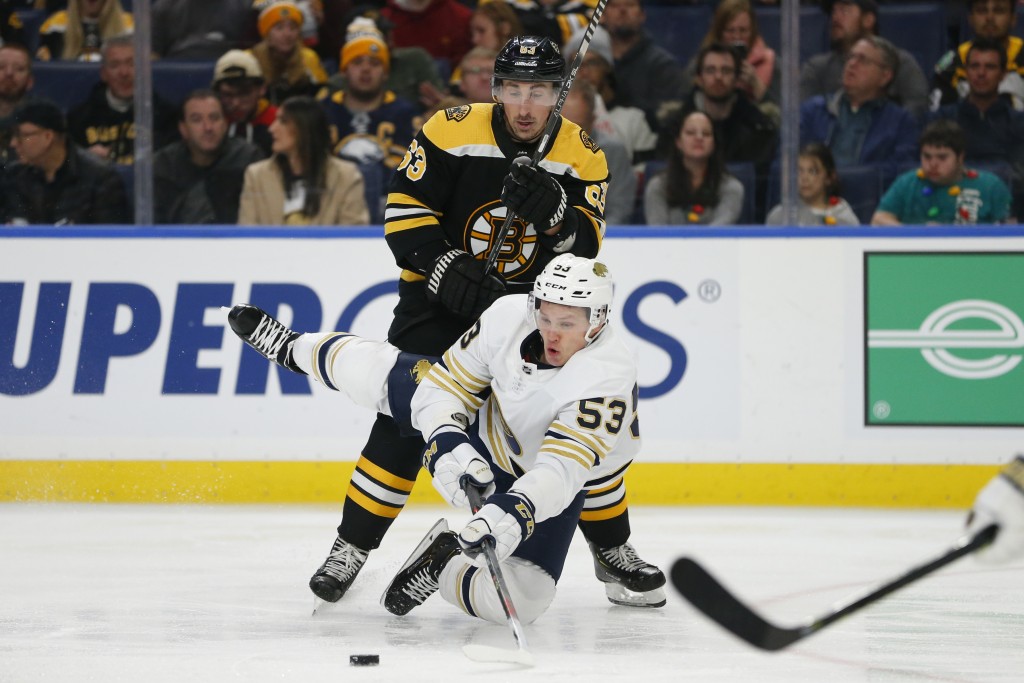 Bergeron became the fifth player in Bruins history to score two goals in at least three games and the first Bruin since Cam Neely in 1988-89 to accomplish the feat.

Brandon Carlo also scored and Jaroslav Halak made 26 saves for Boston. It was Halak’s third shutout of the season.

Linus Ullmark made 22 saves for Buffalo, which has lost five of its last six games.

Bergeron opened the scoring with 21.3 seconds left in the first. With Marcus Johansson in the penalty box for holding, Bergeron finished a tic-tac-toe sequence from David Pastrnak and Brad Marchand, scoring on a low one-timer from the slot.

That line connected in similar fashion on Boston’s second goal with 1:34 left in the second. This time, it began with Pastrnak picking up the puck after a turnover by Jimmy Vesey. Pastrnak fed Marchand, who was in close on a 2-on-1 with Bergeron, and Bergeron had an easy finish.

Both goalies made their share of big saves. Ullmark stretched wide with his glove to stop Danton Heinen 1:40 into the game, and Halak had a big glove save of his own on Johansson with 3:35 left in the first. Halak also did a fine job of laying on the ice to cover up a potential loose puck with several Sabres buzzing nearby five minutes into the third.

Buffalo had some positive moments in the third while attempting to get back in the game but was repeatedly thwarted by Halak and the Bruins. Buffalo outshot Boston 10-5 in the final period.

Carlo added an empty-net goal for Boston with 1:54 remaining.

NOTES: Sabres RW Jeff Skinner played in his 700th career game but left four minutes into the third with an injury and did not return. Skinner was attempting to check Pastrnak but clearly took the worst of the collision. ... Bruins D Torey Krug was placed on injured reserve earlier Friday with an upper-body injury. Krug was injured in the second period of Boston’s 7-3 win over the Washington Capitals on Monday following a hard hit by Tom Wilson. ... Buffalo recalled C Curtis Lazar from the AHL’s Rochester Americans before the game. It was his fourth recall of the season. ... Sabres D Marco Scandella missed the game with an illness. D Zach Bogosian and LW Johan Larsson (lower body) were also scratched. ... RW Brett Ritchie, RW David Backes and D Charlie McAvoy were scratched for Boston.

The teams have one day off before meeting again to close their home-and-home series Sunday night in Boston.