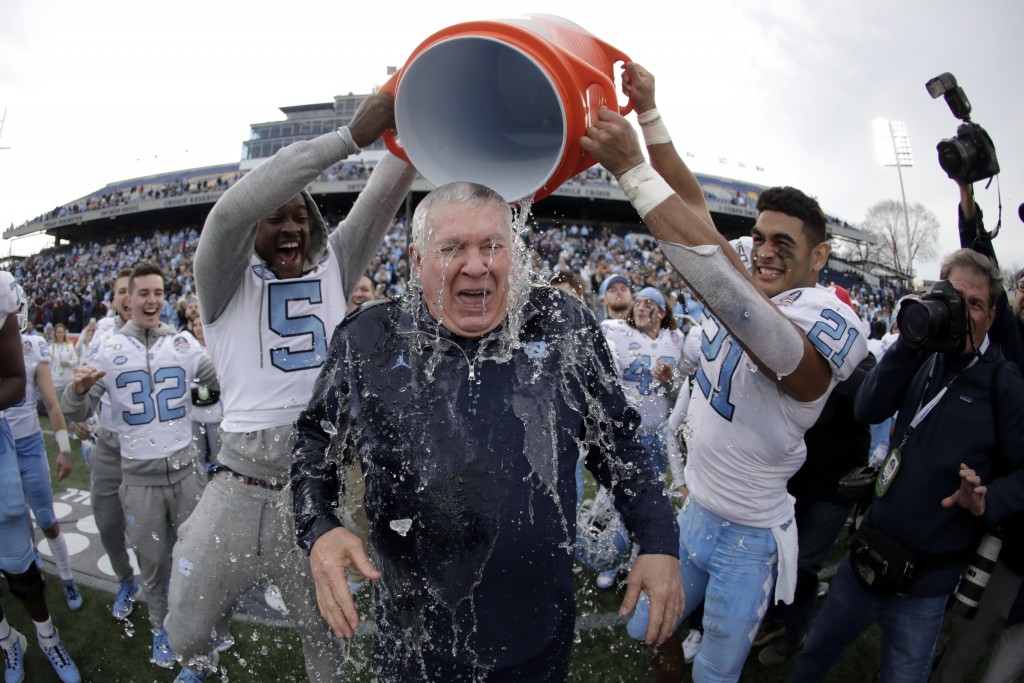 NEW YORK (AP) — Brian Lewerke threw for 320 yards and a touchdown and ran for a score in Michigan State's 27-21 victory over Wake Forest on Friday night in the Pinstripe Bowl at Yankee Stadium.

Lewerke threw a 10-yard pass to wide receiver Cody White in the third quarter to put the Spartans (7-6) ahead 27-21 and they survived down the stretch to give embattled coach Mark Dantonio his sixth bowl victory.

Michigan State tried to give away the game twice in the fourth, the first time on Lewerke's shovel pass to tight end Trenton Gillison inside the 10 that was stripped and recovered by linebacker Ja'Cquez Williams at the 6.

The Deamon Deacons failed to score on the drive, and handed Michigan State another chance to seal the victory. Again, the Spartans couldn't put it away when Matt Coghlin was wide left on a 28-yard field goal attempt with 3:03 left Wake Forest's last chance ended on an incomplete pass on its own 16.

Jamie Newman did all his damage for the Demon Deacons in the first half, throwing three touchdown passes for a 21-20 halftime lead.

Howell threw two first-half touchdown to stake the Tar Heels to a 20-6 lead. They pulled in the third quarter, scoring two touchdowns in a 12-second span, the last on Storm Duck’s 20-yard interception return.

Howell completed the third-quarter blitz by catching a 2-yard TD pass from wide receiver Rontavius Groves at the end of a razzle-dazzle reverse to make it 41-6. Howell threw 38 touchdown passes this season, the most by a true freshman in FBS history.