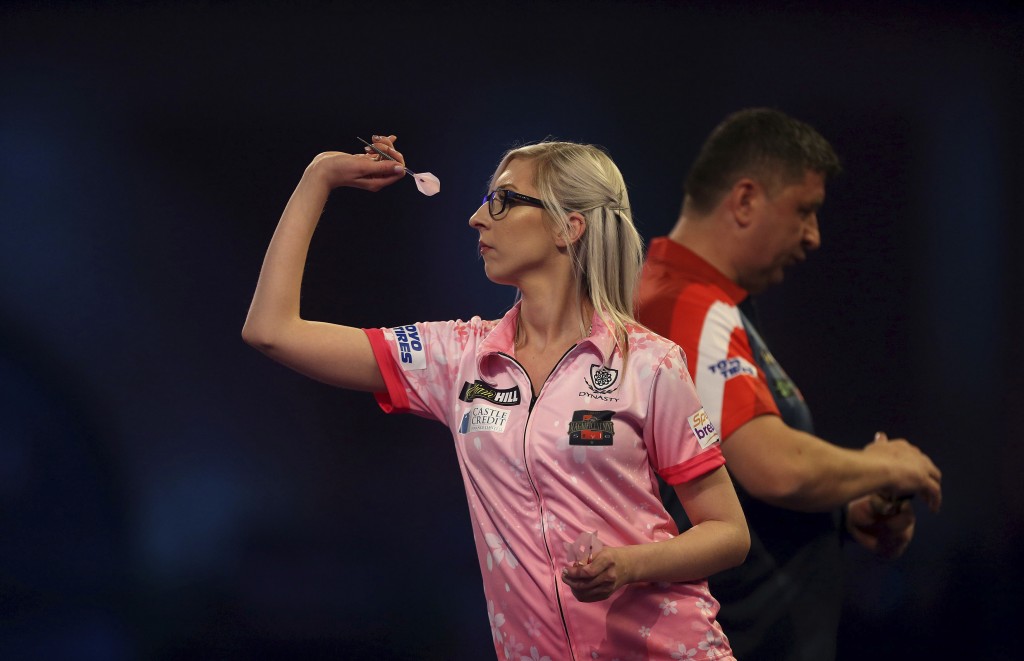 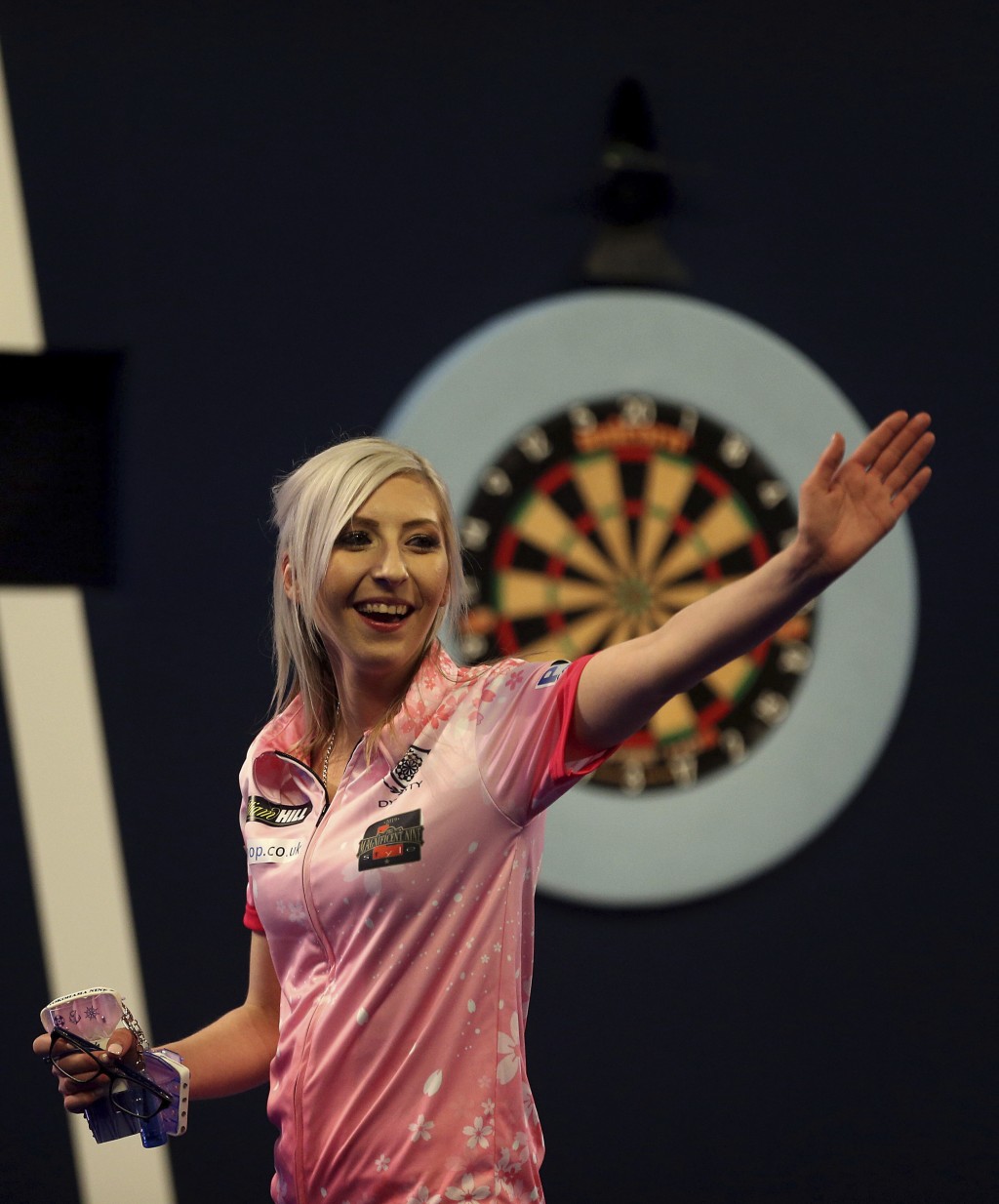 LONDON (AP) — Fallon Sherrock's run at the darts PDC World Championship ended in the third round on Friday with a 4-2 defeat to 22nd-seeded Chris Dobey.

The 25-year-old Sherrock became the first woman to win a game in the tournament when beating Ted Evetts before following it up by stunning No. 11 Mensur Suljovic.

But Dobey proved too strong, fighting back from 2-1 down in sets to set up a clash with Glen Durrant in the fourth round.

Sherrock was cheered throughout by the crowd at a raucous Alexandra Palace, with supporters singing “There's only one Fallon Sherrock.”

Sherrock is a former runner-up at the women's world championship.

Organizers decided for the first time last year to allocate two of the 96 places in the world championship field to women. Previously, women could attempt to qualify for the event, but now spots are guaranteed.