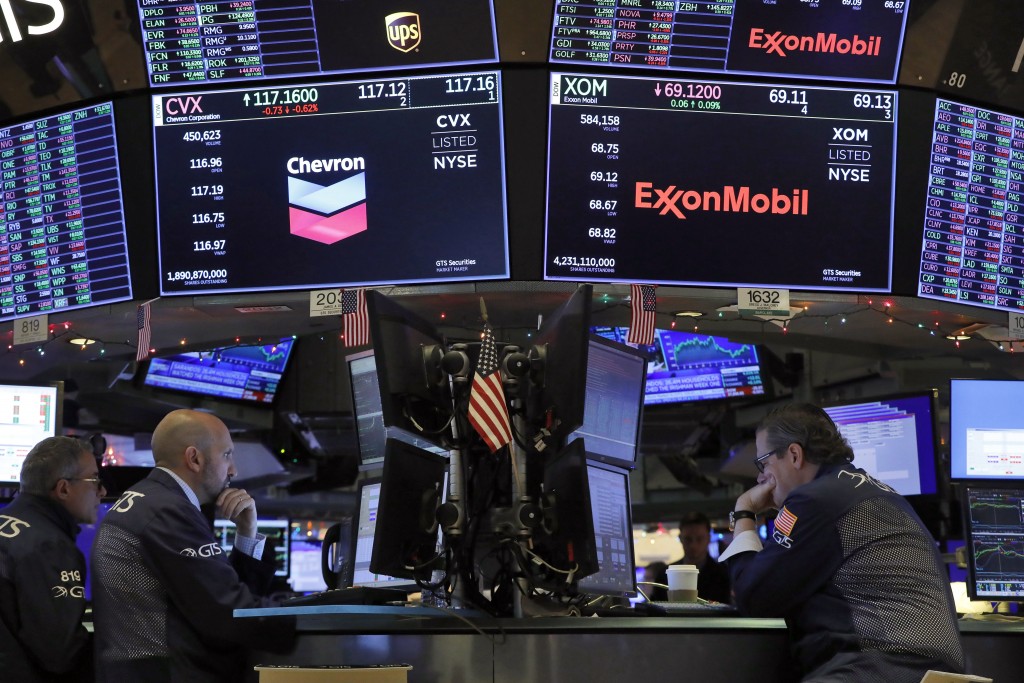 NEW YORK (AP) — Stocks are opening higher on Wall Street as investors look to push the major indexes further into record territory. Consumer and technology stocks led the early gainers. Apple rose 1.1%. The Nasdaq rose 0.2% to 9,039 a day after crossing 9,000 for the first time. The S&P 500 gained 0.2% to 3,245 and could be on track for its biggest annual gain since 1997. The benchmark index has risen more than 3% so far in December, buoyed by a truce in the U.S.-China trade war and positive signs for the economy. The Dow Jones Industrial Average rose 69 points, or 0.2%, to 28,690.

Global stock markets moved mostly higher on Friday amid optimism that U.S.-Chinese trade relations are improving and on early reports that online Christmas shopping was up over last year in the U.S.

European markets rose in midday trading and Wall Street was primed for more gains after reaching new highs yet again on Thursday. Hong Kong finished with gains and Tokyo declined.

Traders still are waiting to see details of the agreement aimed at helping to settle a 17-month-old trade war between the two countries.

Chinese customs data this week showed November soybean imports rose in a possible boost to American farmers. Midwestern farm states were battered by Beijing's earlier suspension of purchases of U.S. soybeans, the biggest Chinese import from the United States, in response to Trump's tariff hikes on goods from China.

On Wall Street, futures for the benchmark Standard & Poor's 500 index and the Dow Jones Industrial Average were up 0.3%.

Benchmarks in Taiwan and Singapore advanced while New Zealand declined.

Despite optimism about U.S.-Chinese trade, traders still are concerned about bigger unresolved disputes.

The coming year also has the added complication of the U.S. presidential election.