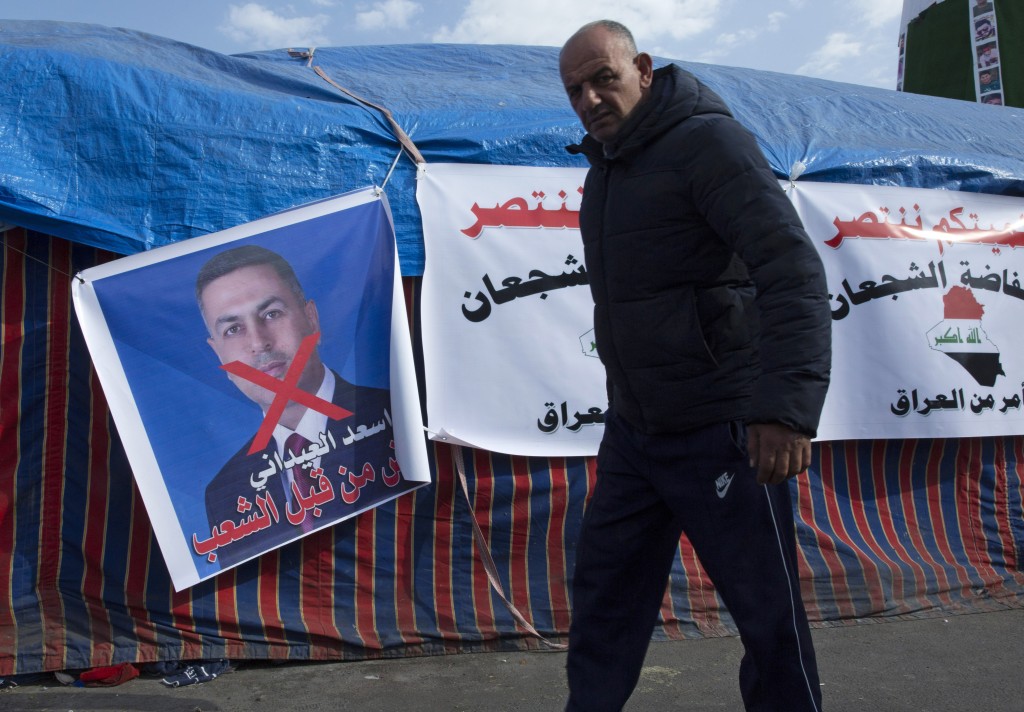 Iran-supported groups in Iraq blasted the country's president Friday over his refusal to designate a prime minister candidate nominated by the Tehran-backed bloc in parliament.

Groups affiliated with the Fatah bloc accused President Barham Salih of implementing an American will to pull the country into chaos.

Salih has said he refused to appoint Asaad al-Eidani because of broad opposition by the anti-government protest movement. Protesters poured into the streets Wednesday demanding an independent candidate.

Demonstrators first took to the streets Oct. 1 to call for the overthrow of Iraq's entire political class over corruption and mismanagement. The mass uprisings prompted the resignation of former Prime Minister Adel Abdul-Mahdi late last month. More than 450 people have been killed since October, the vast majority of them protesters killed by security forces firing tear gas and live ammunition.

The decision by Salih on Thursday not to appoint al-Eidani and his offer to resign threaten to plunge the country into further political uncertainty amid nearly three months of unprecedented mass protests.

A statement issued by the Hezbollah Brigades, or Kataeb Hezbollah, criticized Saleh's move as "suspicious" adding that he “violated the constitution by refusing to carry out his duties by naming the person who was chosen by the parliament's largest bloc.”

Salih said in a statement issued by his office that he would not name al-Eidani, the governor of southern Basra province, as the country's next prime minister "to avoid more bloodshed and in order to safeguard civil peace."

"We know that he is carrying out an American will that aims to pull the country toward chaos," a statement by Hezbollah Brigades read. The statement said no one should be allowed to name a prime minister candidate who is “known to be an agent of the Americans."

Legislator Odai Awad is a member of the Iran-backed Asaib Ahl al-Haq, or League of the Righteous. He described Salih in an interview with a local TV station as a coward and said "every Iraqi should spit in the face of the president for what he did."

In a sign of the country's deep divisions, Iraq's most powerful religious authority, Grand Ayatollah Ali al-Sistani, did not give his usual Friday sermon this week and no reason was given for the move although it appeared that the cleric did not want to take sides. Al-Sistani's representative, Ahmed al-Safi, gave only a religious sermon on Friday.

Concentrated in Baghdad and the mostly Shiite-inhabited south, the protests have since evolved into an uprising against Iran's political and military influence in the country.

Protesters issued a statement Friday saying that "the blocs of corruption" are doing all they can so that the candidate for the prime minister's post is part of the "detestable sectarian sharing."