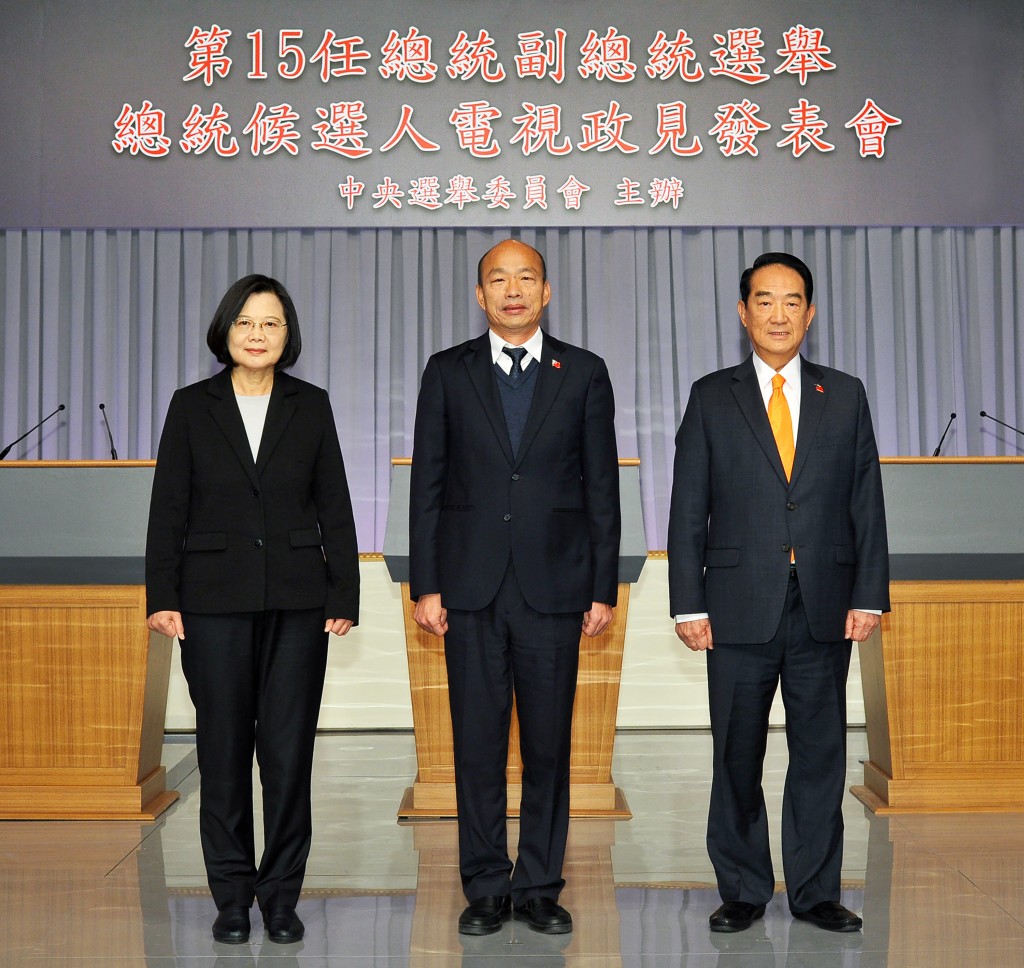 The three rivals will meet each other for a real debate featuring interaction between candidates and questions from journalists on Sunday (Dec. 29).

During Friday’s televised event, Han again lashed out at alleged corruption in Tsai’s administration while attacking the role of the factions inside her ruling DPP party.

Tsai responded by saying Han was using the style of classical Chinese fiction to describe her party. She said she had not heard any policy proposals from the Kuomintang (KMT) candidate, only attacks against her. She went on to list Han’s failed promises as mayor of Kaohsiung, from attracting Disney to invest in an amusement park to plans for a Ferris wheel.

The president asked voters to give her four more years so she could realize her recently presented plan to develop the southern part of the country.

Soong emphasized that opinion polls showed dissatisfaction with both major candidates while slamming the pension reforms of successive KMT and DPP administrations. Retired teachers, military personnel, and civil servants should be allowed a choice between the old and new systems, the PFP leader said.

Turning to the government’s proposal for an Anti-Infiltration Act, which he opposes, Soong wondered whether his meetings with Chinese leader Xi Jinping (習近平) at Asia Pacific Economic Cooperation (APEC) summits, where he represented Tsai, would open him up to prosecution under the proposed law. The minority party candidate proposed maintaining the status quo on relations with China in order to improve them.

Defending the plan, Tsai said that Beijing was using money and all the means at its disposal to infiltrate Taiwan and interfere with its elections.

The president called China’s behavior ridiculous, as the country does not have democracy yet wants to influence Taiwan’s elections, adding that since young people want a future, the government needs to defend the island’s sovereignty.

In her second 10-minute round, Tsai lashed out at the repeated statements by KMT candidates and leaders demeaning women. Han struck back by accusing the DPP of focusing on his wife during the campaign.

On the topic of energy, Han again cast doubt on the government’s green policies. Tsai responded that he had not been listening to her repeated explanations of the subject.

During their first and second presentations, on Dec. 18 and 25, respectively, the contenders dealt with topics ranging from alleged government corruption to plans for the Anti-Infiltration Act and the economy.