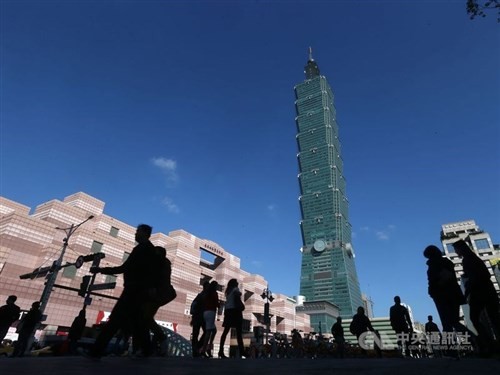 Taiwan has been listed as the fourth-best destination for investment by the latest U.S. Business Environment Risk Intelligence (BERI) report, the Ministry of Economic Affairs (MOEA) said Friday.

The ministry said in a statement that Taiwan received a total score of 63 points for profit opportunity recommendation (POR) -- the overall indicator used by BERI to evaluate each country as an investment destination -- down one point from the last report released in August, but still retaining the No. 4 spot.

According to BERI, the business risk service report provides qualitative analyses and forecasts for 50 countries three times per year -- April, August and December.

In the latest evaluation, Taiwan trailed behind only Switzerland (total POR score 74), Norway (67) and Singapore (64) and was tied with Canada, the MOEA cited the report as saying.

The decline in the total POR score came after Taiwan suffered a drop in score in the political risk category, the MOEA said.

In the December report, the MOEA said, Taiwan ranked as the second-best investment destination in Asia after Singapore but was ahead of Japan and South Korea (both with a POR score of 60), Malaysia (55), India and Indonesia (52), Vietnam (51), China (50), the Philippines (49) and Thailand (45), the MOEA said.

According to the report, Taiwan scored 64 points in the operations risk category, the fourth-highest in the world, unchanged from the last report. It was tied with Canada but trailed the United States, Switzerland and Australia, although it was the highest in Asia, despite being down one point from the 65 received in August.

The MOEA said the lower score in this category came after uncertainty over the upcoming presidential election scheduled for Jan. 11, as well as the current chaos in Hong Kong.

According to the December BERI report, Taiwan scored 82 in the remittance and repatriation factor risk category, the highest in the world, unchanged from the last report, but down from the 84 points received in the last report.