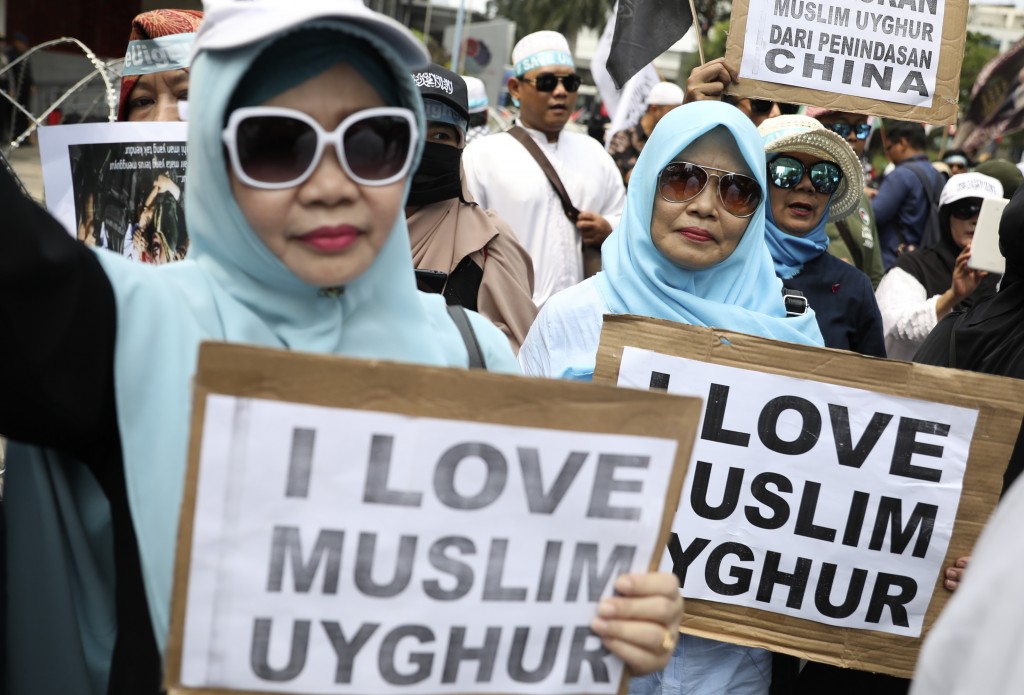 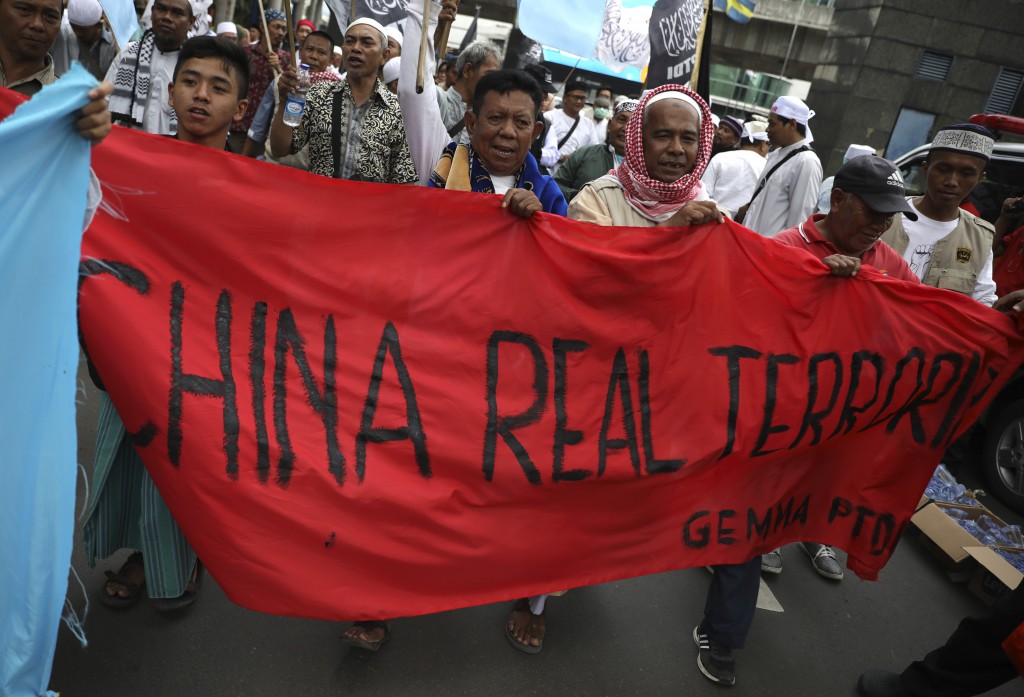 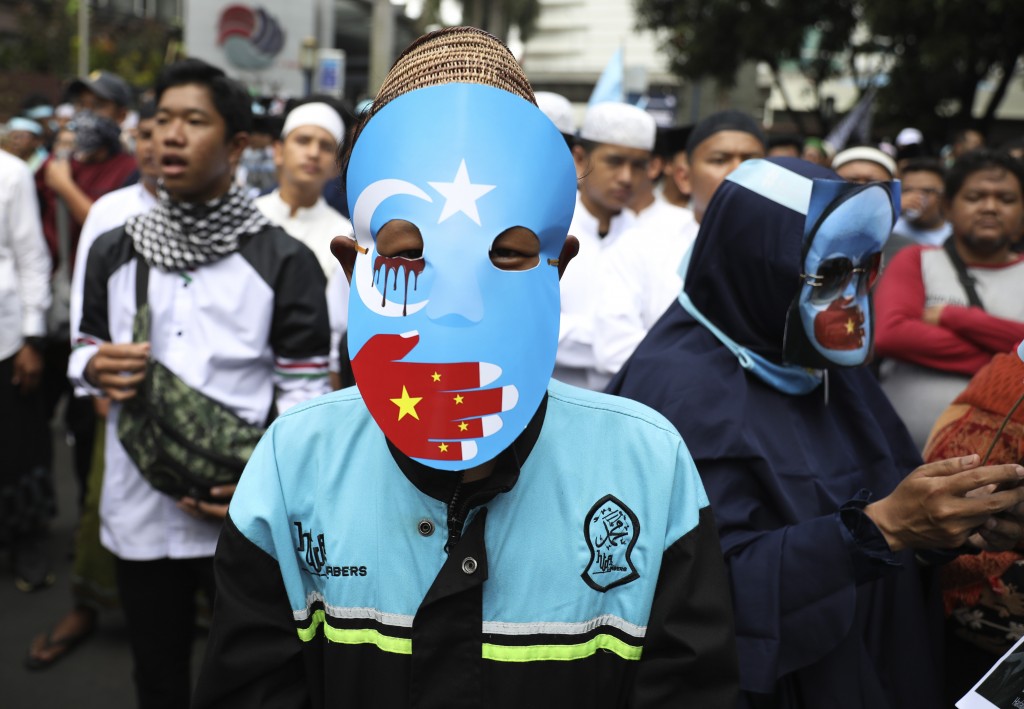 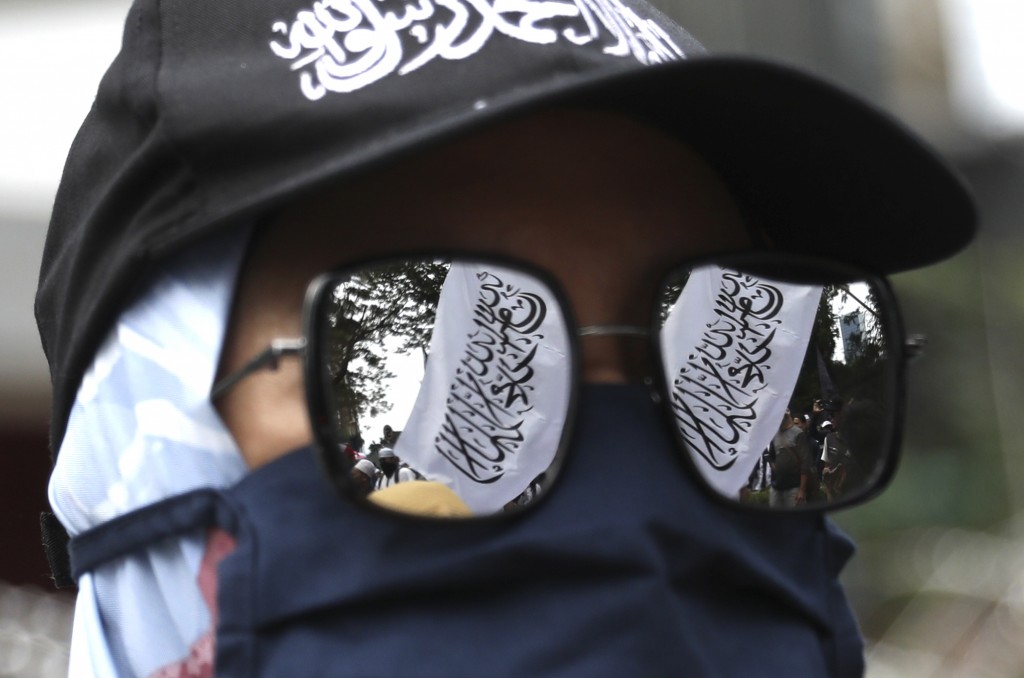 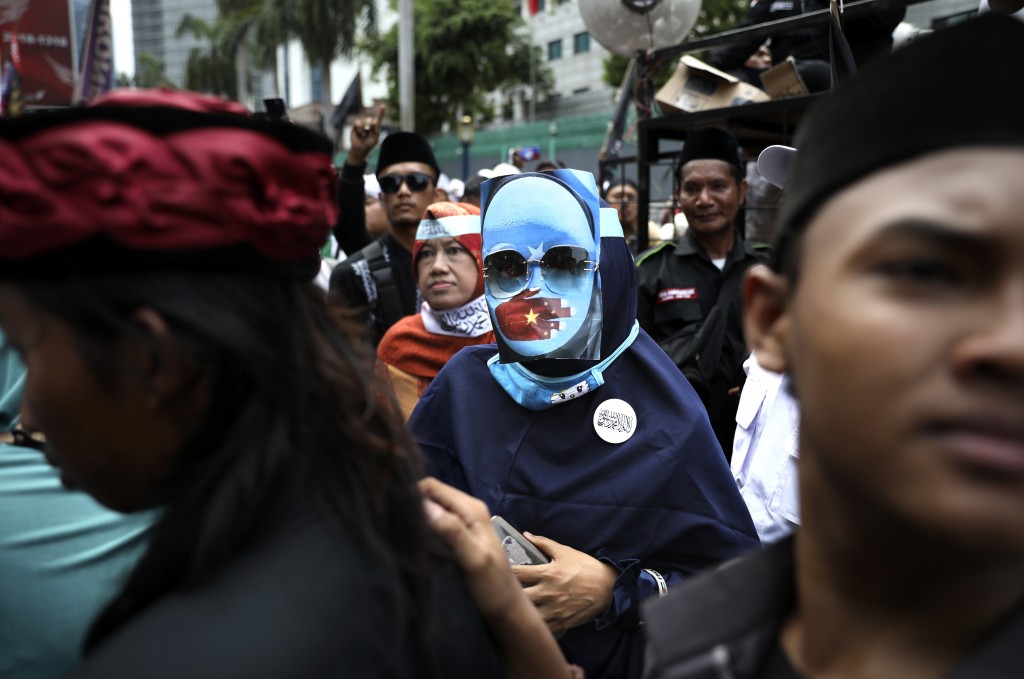 JAKARTA, Indonesia (AP) — More than a thousand Muslims marched to the heavily guarded Chinese Embassy in Indonesia's capital on Friday to protest China's treatment of its Uighur Muslims.

The protesters, many wearing blue headbands reading "Save Uighurs," chanted "Get out, China!" and unfurled Indonesian and Uighur flags as they marched to the embassy in downtown Jakarta.

In a speech, Yusuf Martak, a protest organizer, condemned the "oppression, torture and cruelty by the Chinese Communist government against brother Uighur Muslims."

Martak, a leader of a conservative Muslim alliance that held mass protests against Jakarta's ethnic Chinese governor, a minority Christian, in 2016, demanded an end to mass detentions of Uighur Muslims in China's Xinjiang region.

"We Muslims oppose all forms of colonialism and oppression of Uighurs," said another speaker, Slamet Maárif, standing on the top of a truck. The crowd chanted "Get out, Communists!" as some waved banners saying “We stand with Uighurs.”

He called on the Indonesian government to take action to help the Uighurs.

The protesters performed afternoon prayers outside the embassy before dispersing.

Human rights organizations say up to 1 million ethnic Muslims in Xinjiang have been detained in camps where they are subjected to political indoctrination and pressured to give up their religion.

The Associated Press reported last year that some are forced to work in factories, and tracked clothing made in one camp to an American sportswear company.

China describes the sites as vocational training centers necessary to fight radicalism in the restive province, and says the trainees work voluntarily.

He said Xiao asserted that China is committed to the protection of human rights and freedom of religion.

Indonesia, the world's most populous Muslim nation, is reluctant to publicly criticize Beijing, fearing it could jeopardize Chinese investment or invite retaliatory Chinese support for separatists in Indonesia's predominantly Christian Papua region where a pro-independence insurgency has simmered since the 1960s.