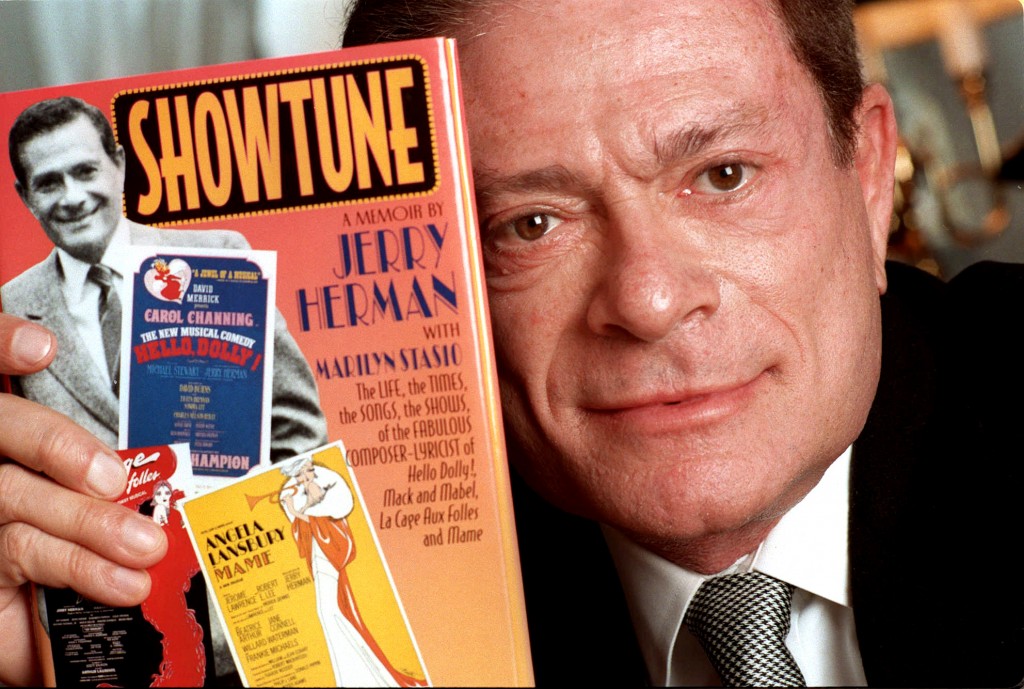 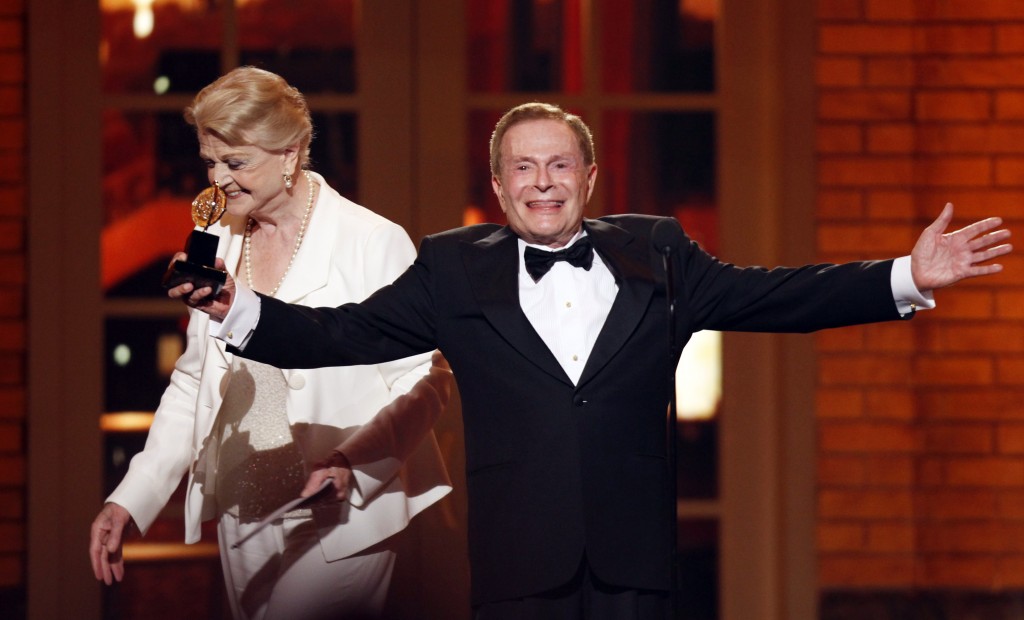 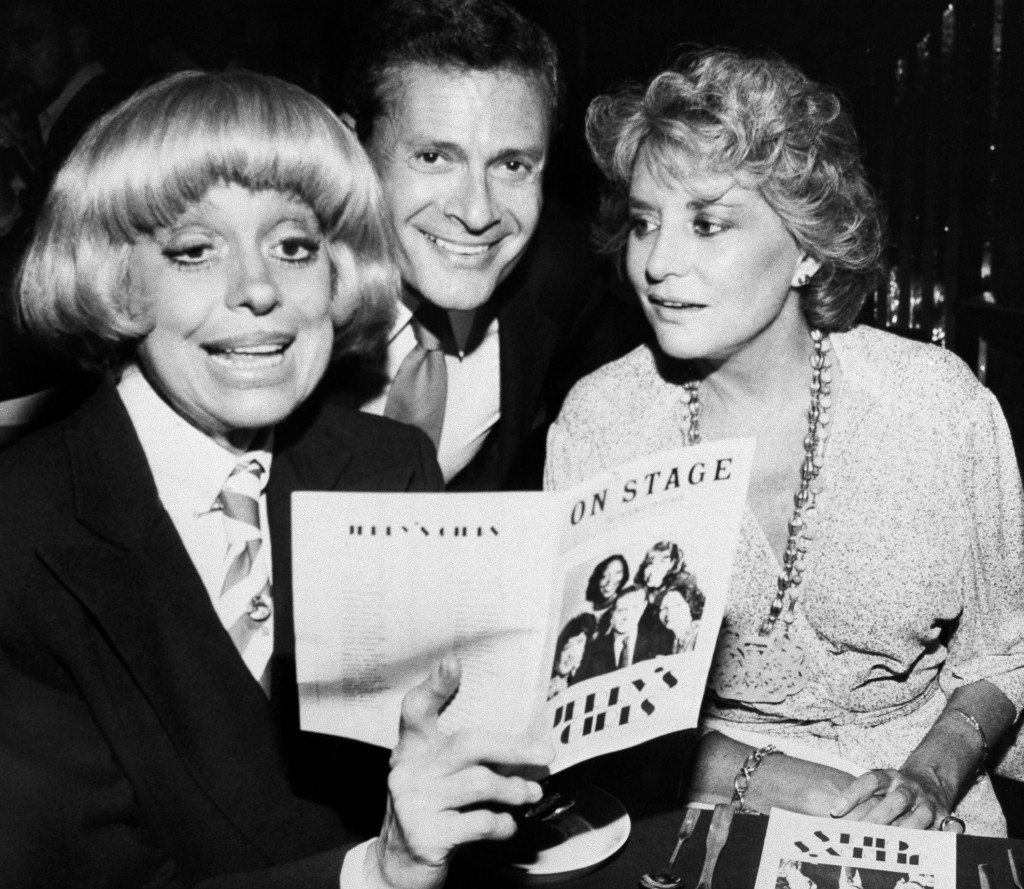 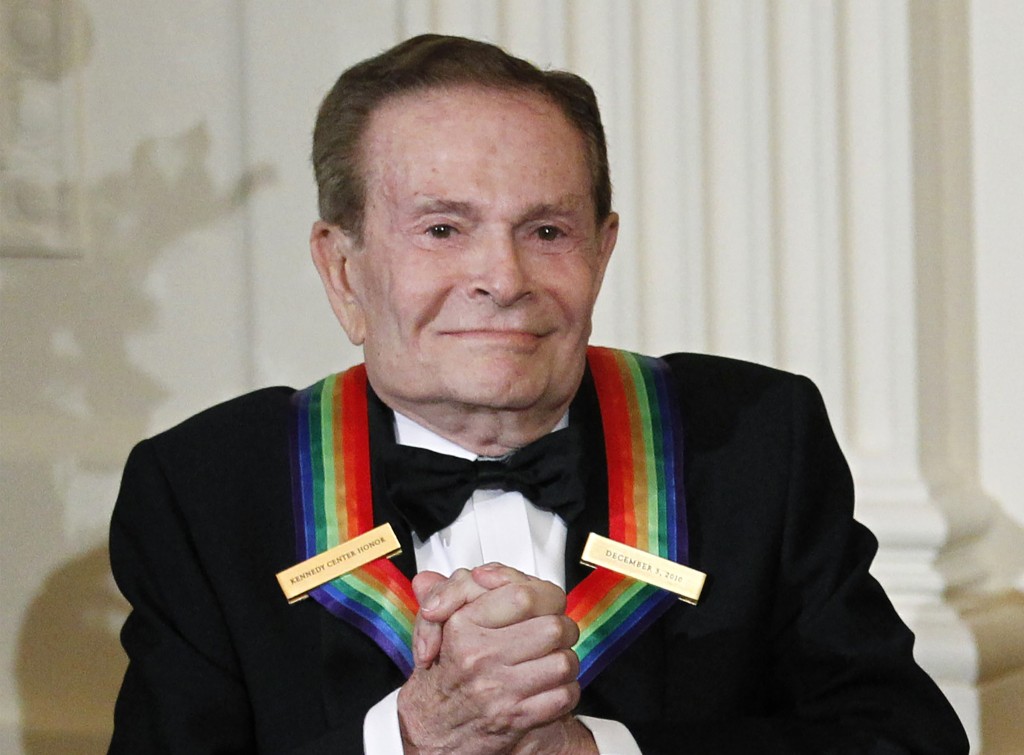 His goddaughter, Jane Dorian, confirmed his death to The Associated Press early Friday. She said he died in Miami, where he had been living.

The creator of 10 Broadway shows and contributor to several more, Herman won two Tony Awards for best musical: “Hello, Dolly!” in 1964 and “La Cage aux Folles” in 1983. He also won two Grammys — for the “Mame” cast album and “Hello, Dolly!” as song of the year — and was a Kennedy Center honoree.

Herman wrote in the Rodgers and Hammerstein tradition, an optimistic composer at a time when others in his profession were exploring darker feelings and material. Just a few of his song titles revealed his depth of hope: "I'll Be Here Tomorrow," "The Best of Times," "Tap Your Troubles Away," "It's Today," "We Need a Little Christmas" and "Before the Parade Passes By." Even the title song to "Hello, Dolly!" is an advertisement to enjoy life.

Herman also had a direct, simple sense of melody and his lyrics had a natural, unforced quality. Over the years, he told The Associated Press in 1995, "critics have sort of tossed me off as the popular and not the cerebral writer, and that was fine with me. That was exactly what I aimed at.”

In accepting the Tony in 1984 for “La Cage Aux Folles,” Herman said, "This award forever shatters a myth about the musical theater. There's been a rumor around for a couple of years that the simple, hummable show tune was no longer welcome on Broadway. Well, it's alive and well at the Palace" Theatre.

Some saw that phrase — “the simple, hummable show tune” — as a subtle dig at Stephen Sondheim, known for challenging and complex songs and whose “Sunday in the Park with George” Herman had just bested. But Herman rejected any tension between the two musical theater giants.

"Only a small group of 'showbiz gossips' have constantly tried to create a feud between Mr. Sondheim and myself. I am as much of a Sondheim fan as you and everybody else in the world, and I believe that my comments upon winning the Tony for ‘La Cage’ clearly came from my delight with the show business community's endorsement of the simple melodic showtune which had been criticized by a few hard-nosed critics as being old fashioned,” he said in a 2004 Q&A session with readers of Broadway.com.

Herman was born in New York in 1931 and raised in Jersey City. His parents ran a children's summer camp in the Catskills and he taught himself the piano. He noted that when he was born, his mother had a view of Broadway’s Winter Garden Theatre marquee from her hospital bed.

Herman dated his intention to write musicals to the time his parents took him to "Annie Get Your Gun" and he went home and played five of Irving Berlin's songs on the piano.

"I thought what a gift this man has given a stranger. I wanted to give that gift to other people. That was my great inspiration, that night,” he told The Associated Press in 1996.

After graduating from the University of Miami, Herman headed back to New York, writing and playing piano in a jazz club. He made his Broadway debut in 1960 contributing songs to the review “From A to Z” — alongside material by Fred Ebb and Woody Allen — and the next year tackled the entire score to a musical about the founding of the state of Israel, “Milk and Honey.” It earned him his first Tony nomination.

“Hello, Dolly!” starring Carol Channing opened in 1964 and ran for 2,844 performances, becoming Broadway's longest-running musical at the time. It won 10 Tonys and has been revived many times, most recently in 2017 with Bette Midler in the title role, a 19th-century widowed matchmaker who learns to live again.

“Mame” followed in 1966, starring Angela Lansbury, and went on to run for over 1,500 performances. She handed him his Special Tony Award for Lifetime Achievement in 2009, saying he created songs like him: “bouncy, buoyant and optimistic.”

In 1983 he had another hit with “La Cage aux Folles,” a sweetly radical musical of its age, decades before the fight for marriage equality. It was a lavish adaptation of the successful French film about two gay men who own a splashy, drag nightclub on the Riviera. It contained the gay anthem “I Am What I Am” and ran for some 1,760 performances. Three of his shows, "Dear World," "The Grand Tour" and "Mack and Mabel," failed on Broadway.

Many of his songs have outlasted their vehicles: British ice skaters Torvill and Dean used the overture from "Mack and Mabel" to accompany a gold medal-award-winning routine in 1982. Writer-director Andrew Stanton used the Herman tunes “Put on Your Sunday Clothes” and “It Only Takes a Moment” to express the psyche of a love-starved, trash-compacting robot in the film “WALL-E.”

Later in life, Herman composed a song for “Barney's Great Adventure,” contributed the score for the 1996 made-for-TV movie “Mrs. Santa Claus” — earning Herman an Emmy nomination — and wrote his autobiography, "Showtune," published by Donald I. Fine.

He is survived by his partner, Terry Marler, a real estate broker.