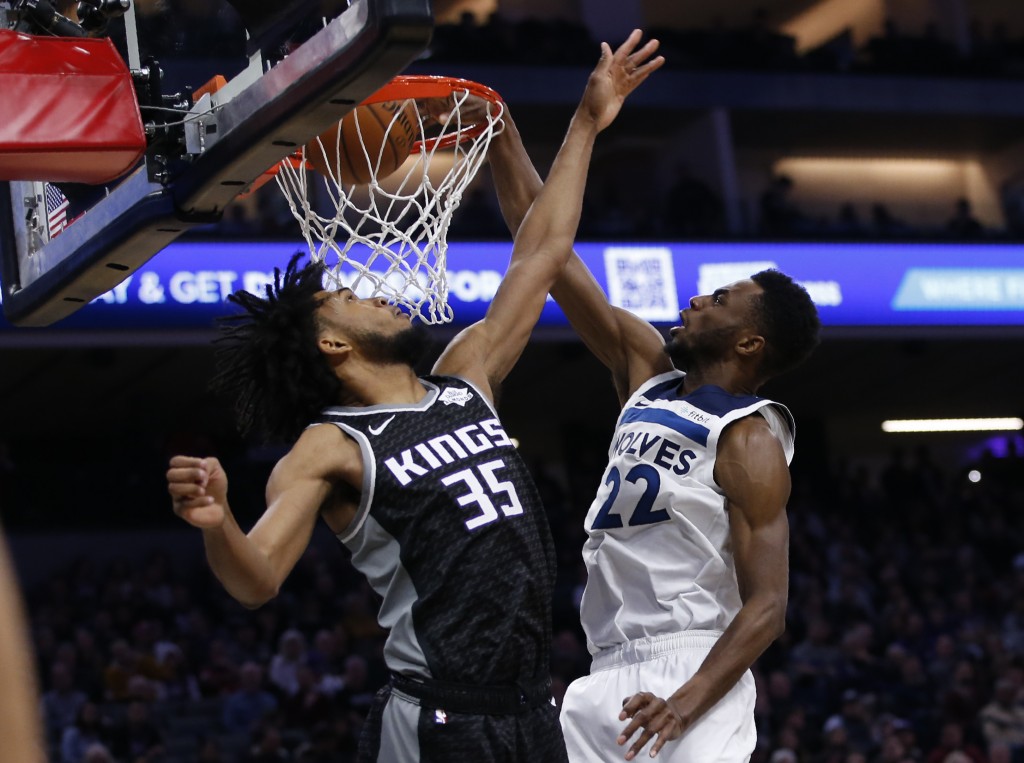 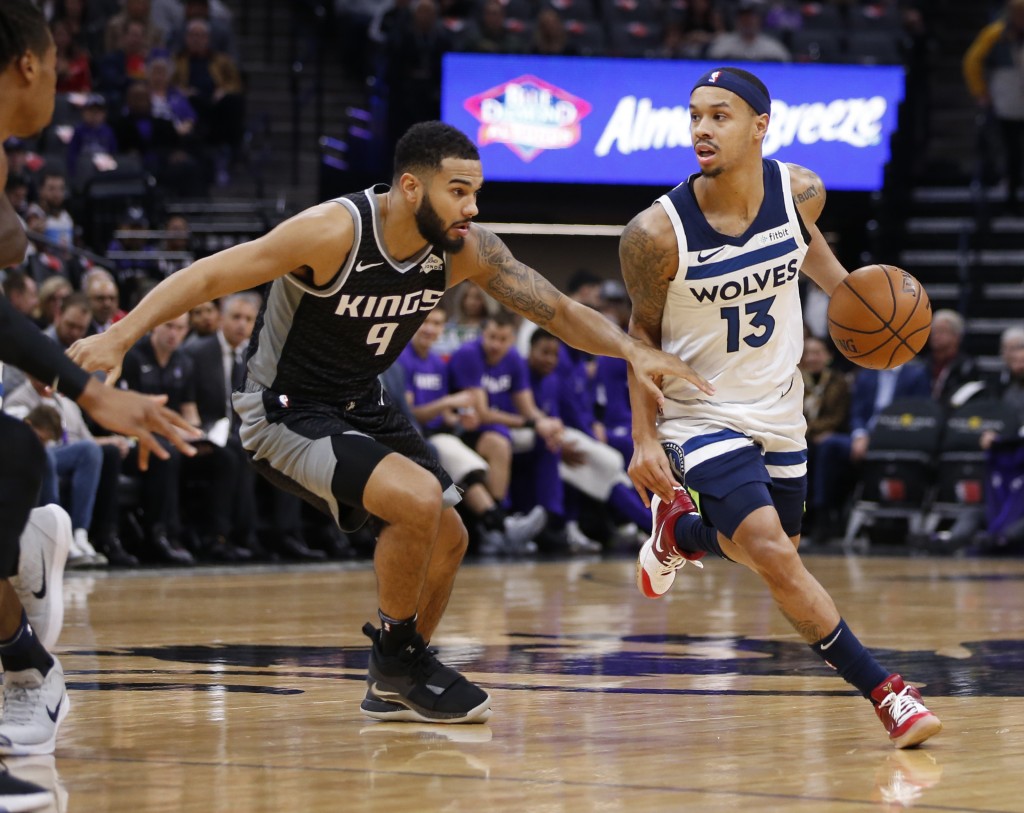 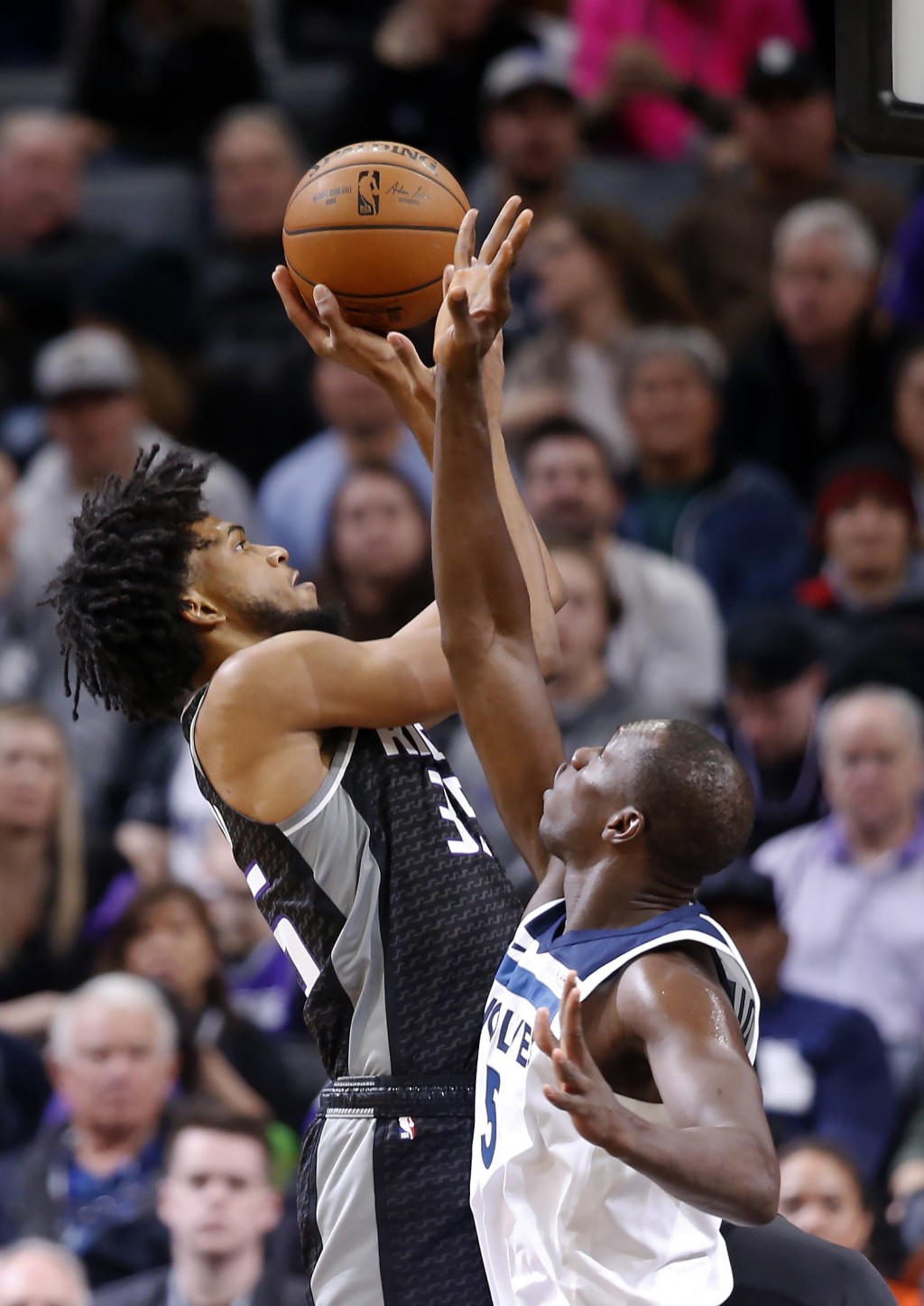 SACRAMENTO, Calif. (AP) — Andrew Wiggins scored the first basket of the second overtime and then fed Robert Covington for another score, and the Minnesota Timberwolves ended their 11-game losing streak by beating the Sacramento Kings 105-104 on Thursday night.

Wiggins finished with 18 points, 10 rebounds and seven assists. Gorgui Dieng had 21 points and 15 rebounds, and Covington scored 19 for the Timberwolves.

Minnesota hadn’t won since Nov. 27 before limiting Sacramento to 11 points in the fourth quarter and then outlasting the Kings in two overtimes. The Wolves did it without Karl-Anthony Towns, who missed his fifth straight game with a left knee sprain.

Wiggins got the Wolves going in the second OT with a short jumper that started a 6-0 run. After Jeff Teague made a floater, Wiggins passed to Covington for a layup.

Dieng’s dunk with 3:11 left put Minnesota up 105-99. Buddy Hield scored five straight points for Sacramento to close the gap, but the Wolves held on.

Richaun Holmes had 20 points and a career-high 18 rebounds for the Kings, who have their own injury concerns.

De’Aaron Fox left two minutes into the first quarter with back spasms. Sacramento’s point guard missed 17 games this season with an ankle injury sustained in practice. Marvin Bagley III limped off the court in the third quarter with a possible left foot injury. Bagley had also recently returned after missing 22 games because of a broken right thumb sustained in the season opener.

Both teams turned chances to win in the first overtime into turnovers. In the final 0.5 seconds alone, Teague attempted an inbounds pass but threw the ball out of bounds, and Bogdan Bogdanovic tried a 3-pointer on an inbounds play with 0.2 seconds left but his shot failed to hit the rim.

Timberwolves: Shabazz Napier scored two points on 1-of-7 shooting in 22 minutes after missing Monday’s game at Golden State with an illness. … Towns is getting closer to returning, although his status for Saturday’s game against the Cavaliers is uncertain. … Wiggins had an emphatic one-hand dunk in the first quarter but clanged another attempt off the rim in the second.

Kings: Fox had two points and two assists before leaving. ... Bagley, who had 18 points, was called for a technical after picking up his fourth foul.

Kings: Host the Phoenix Suns on Saturday. The teams have split a pair of matchups this season.