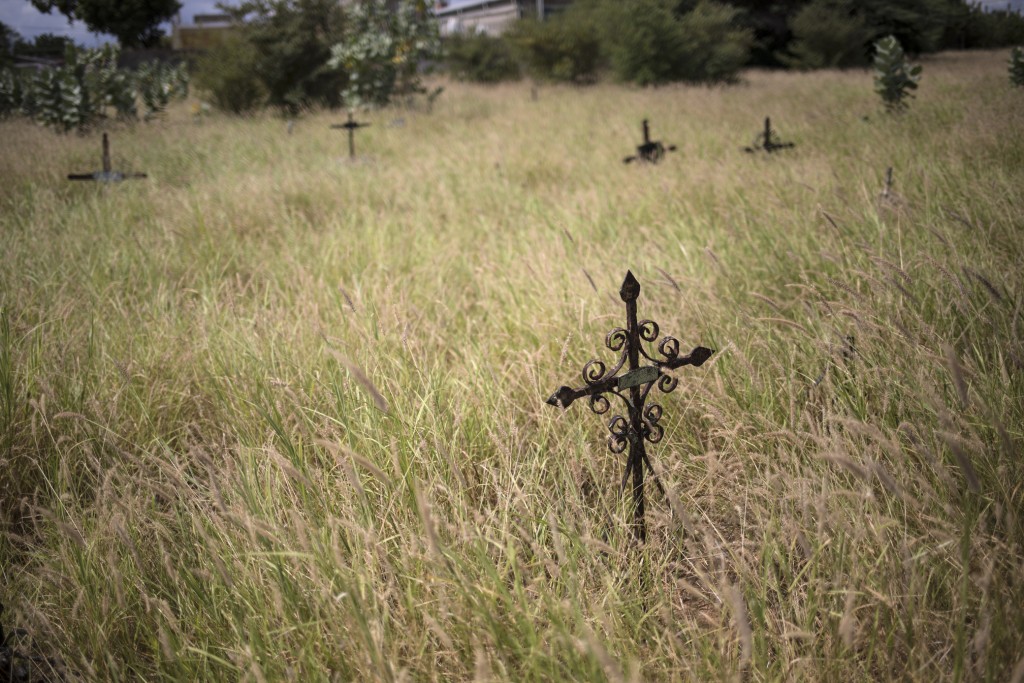 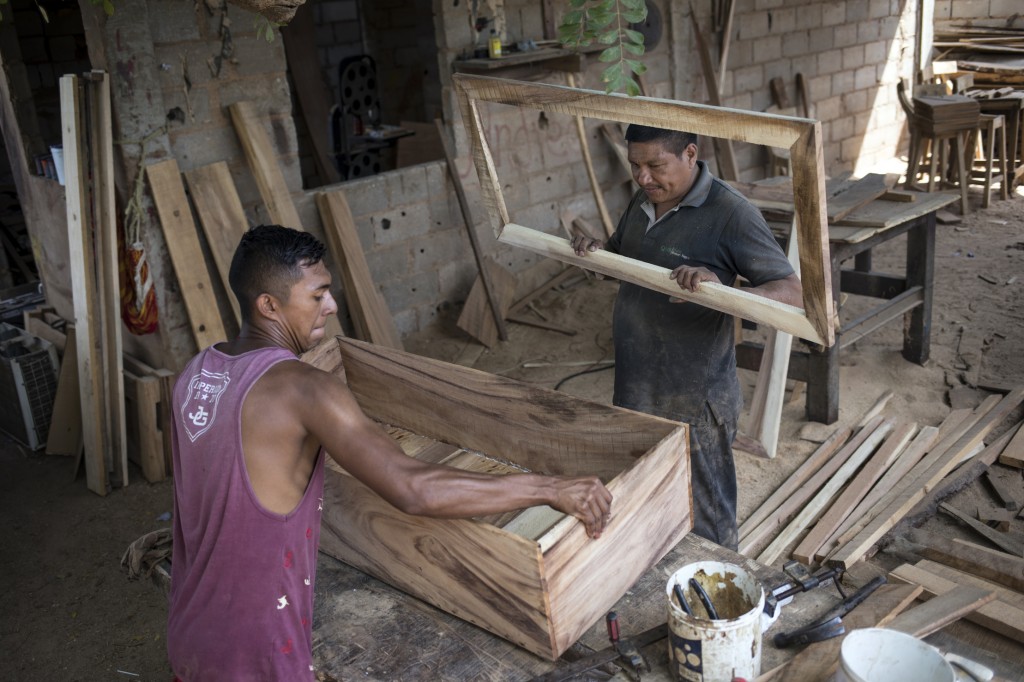 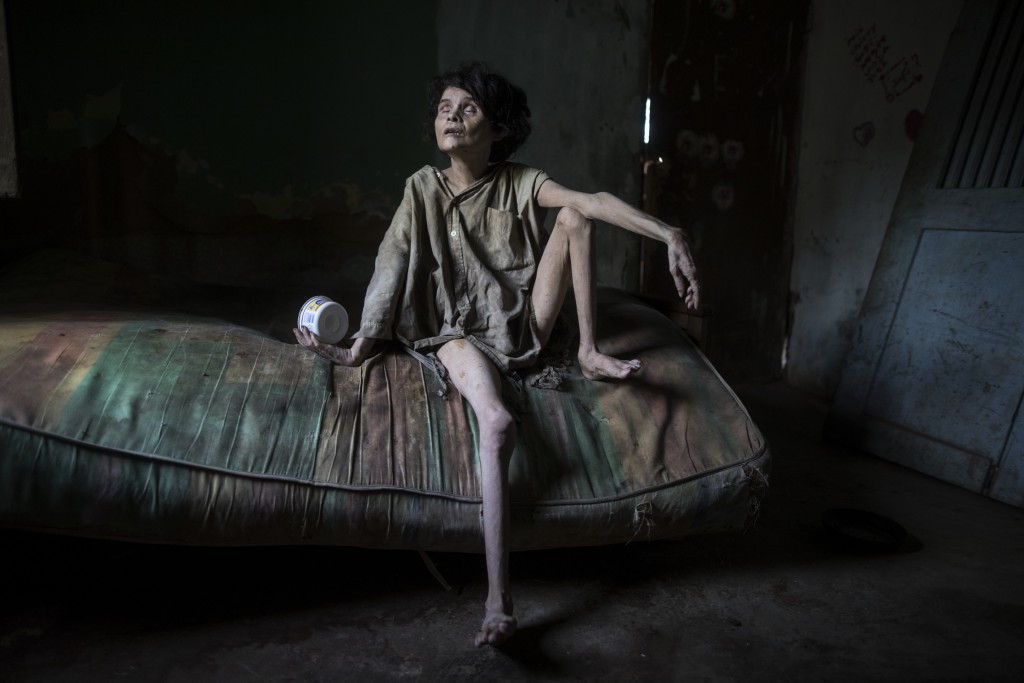 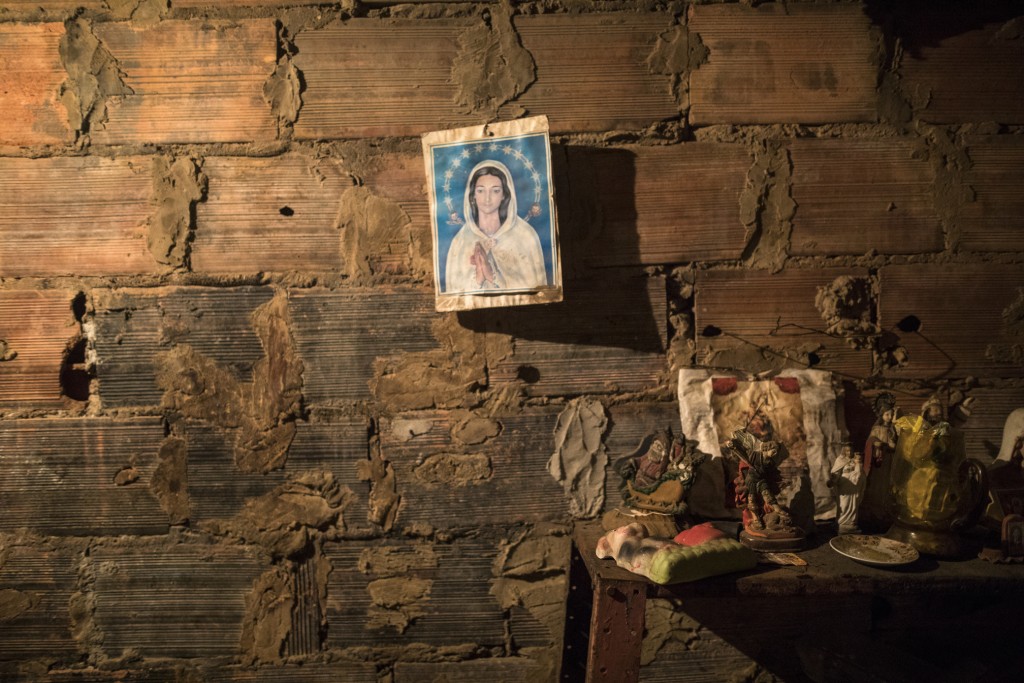 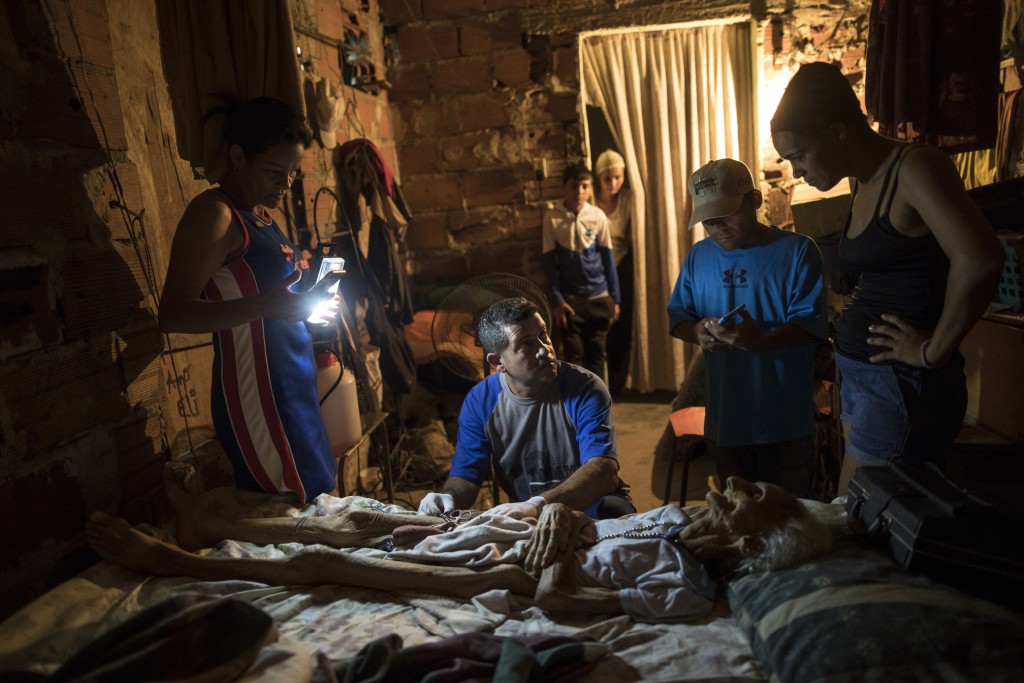 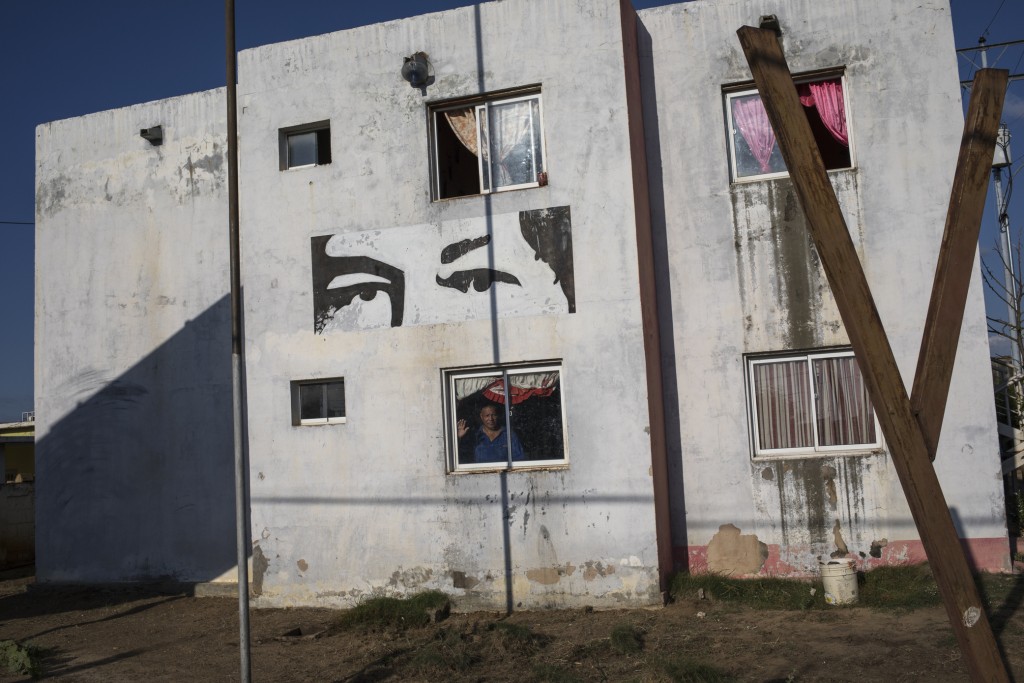 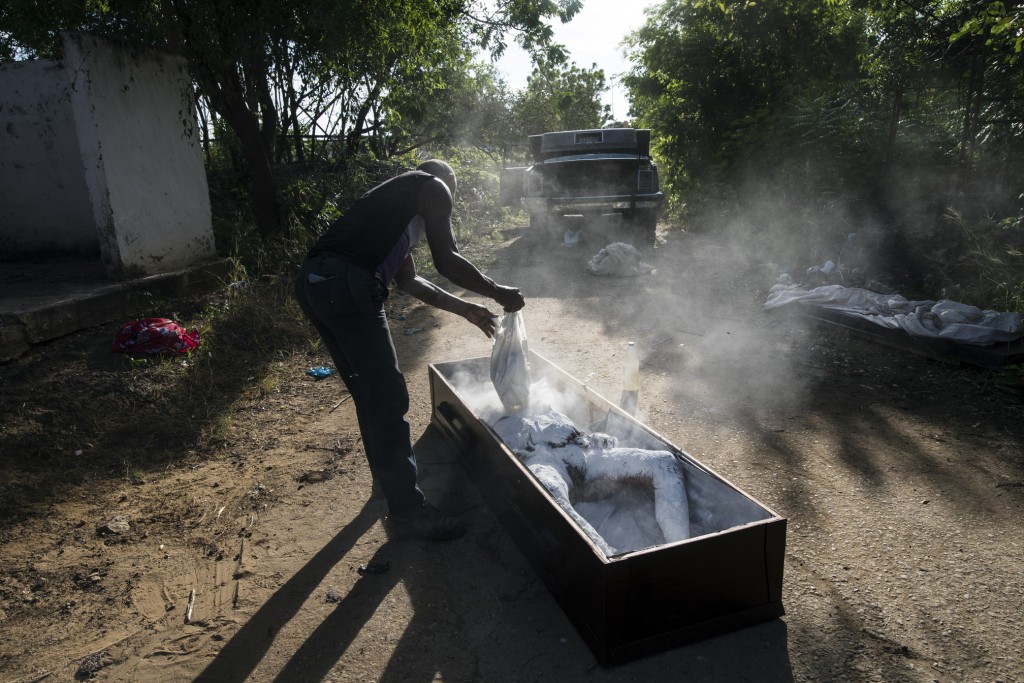 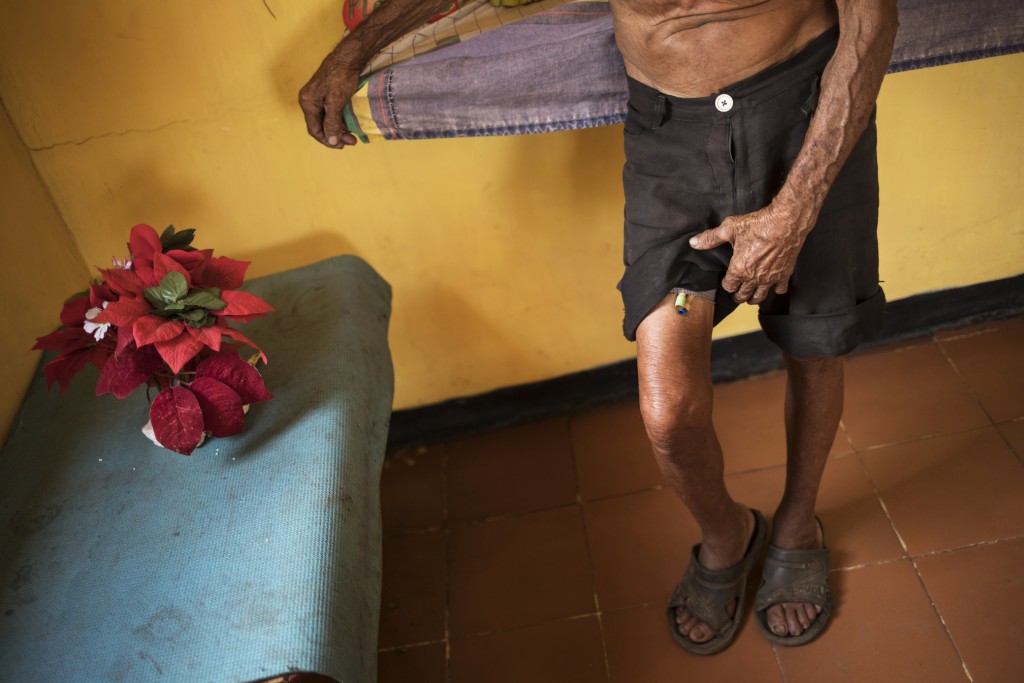 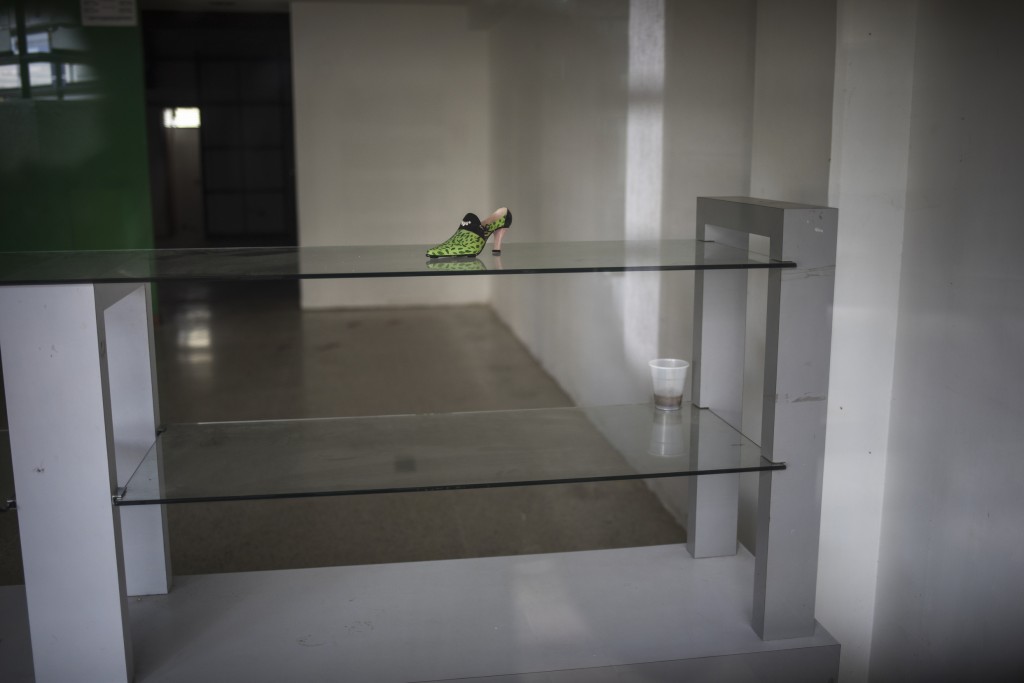 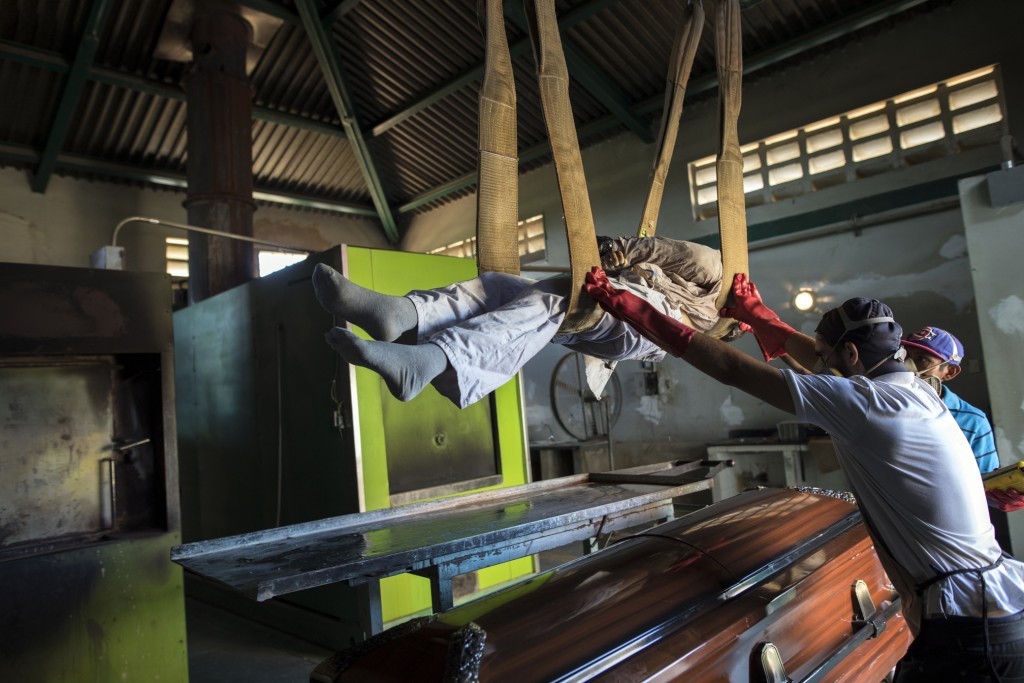 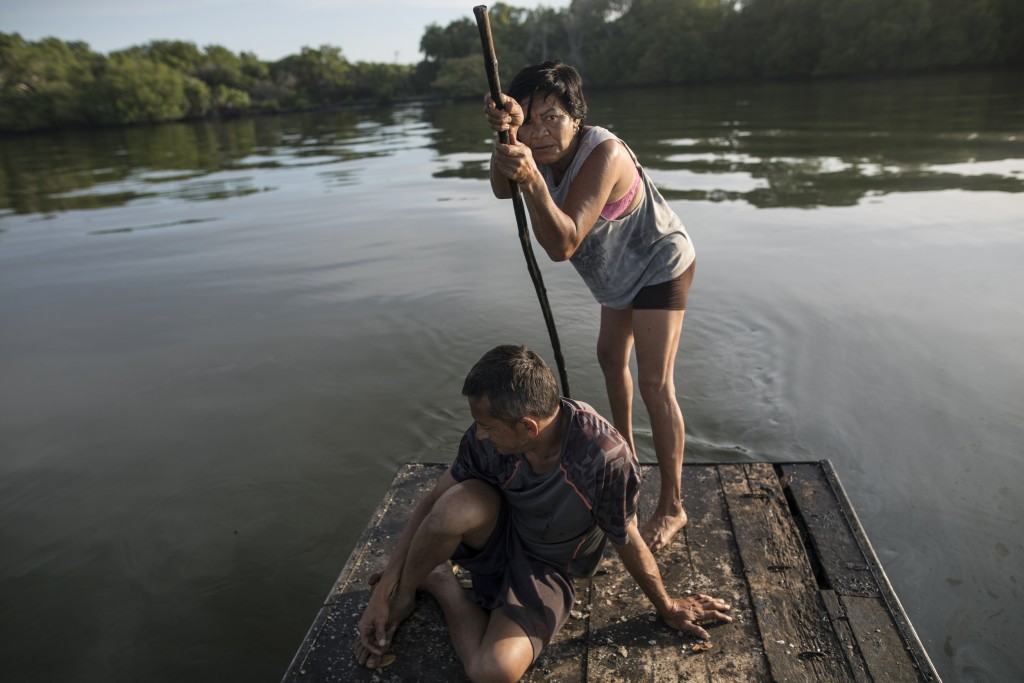 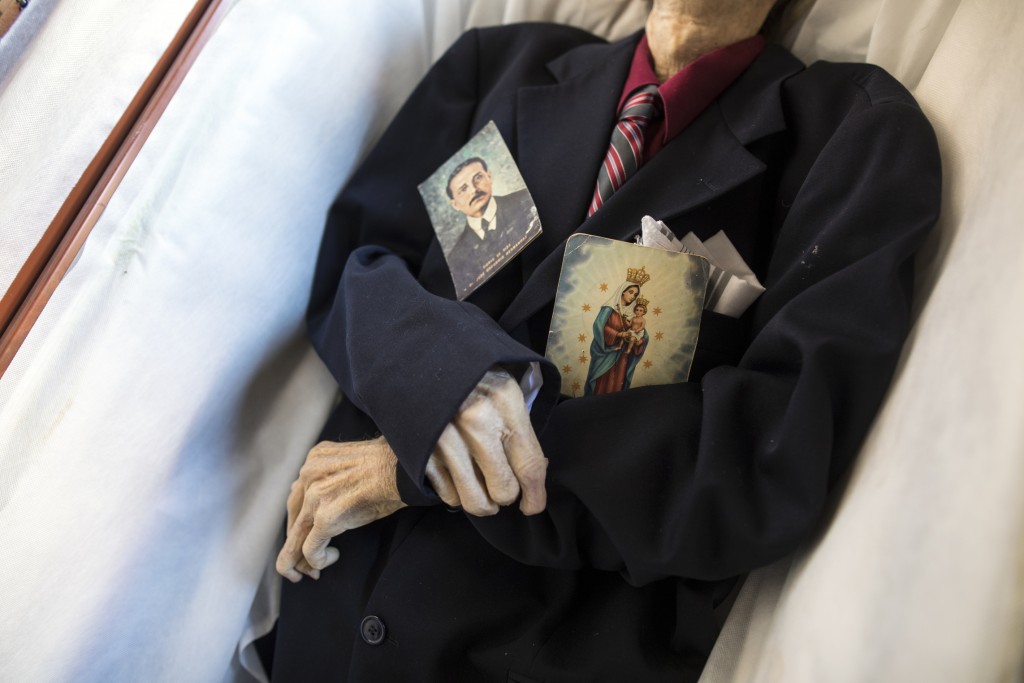 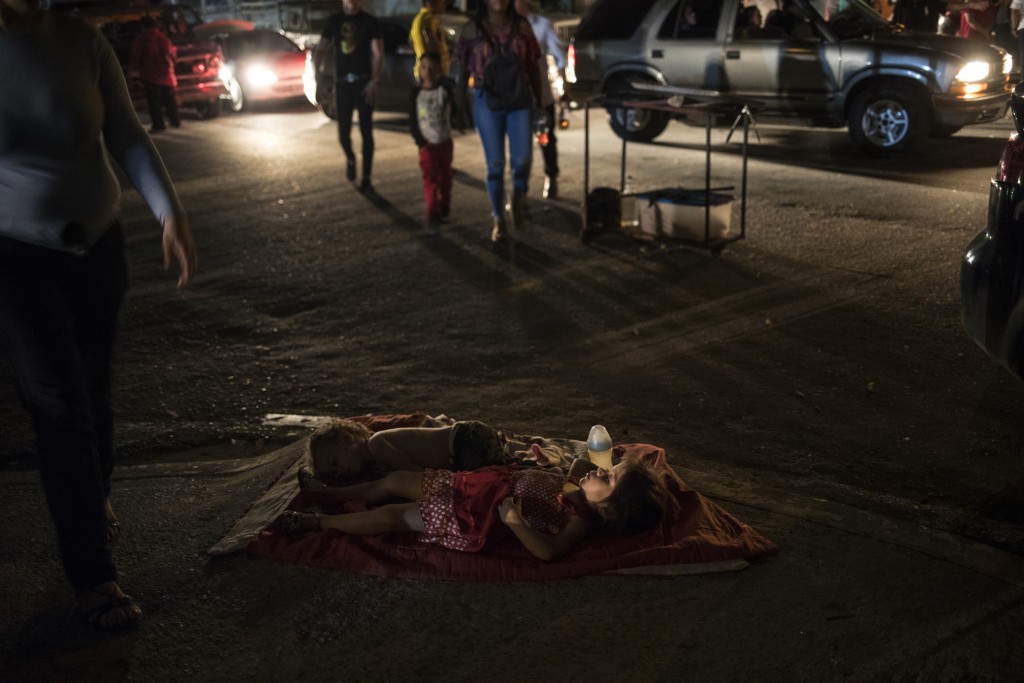 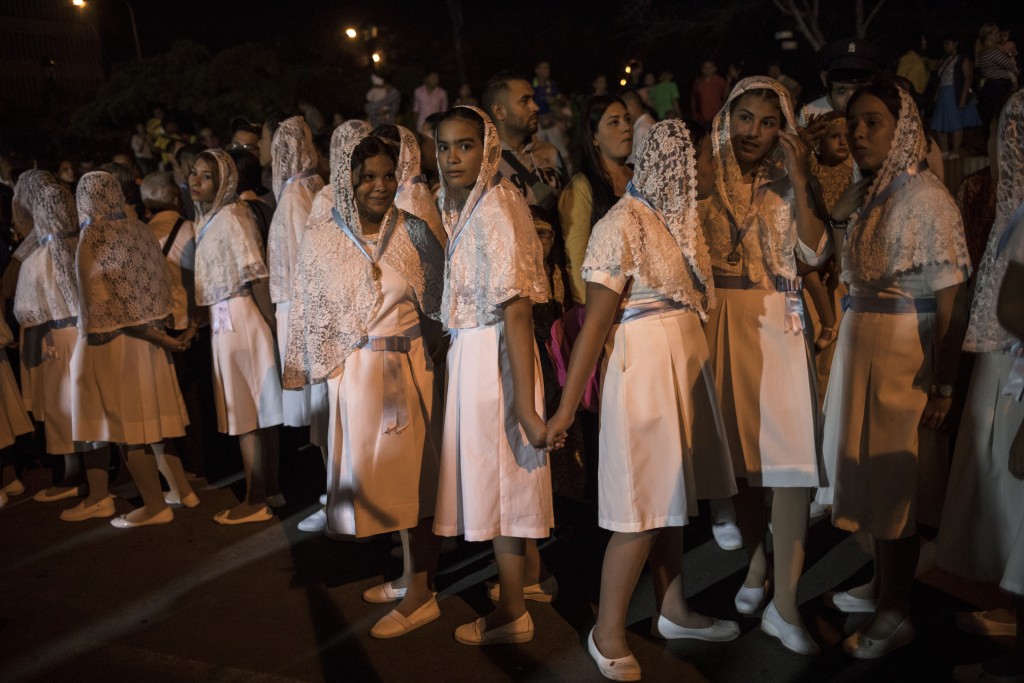 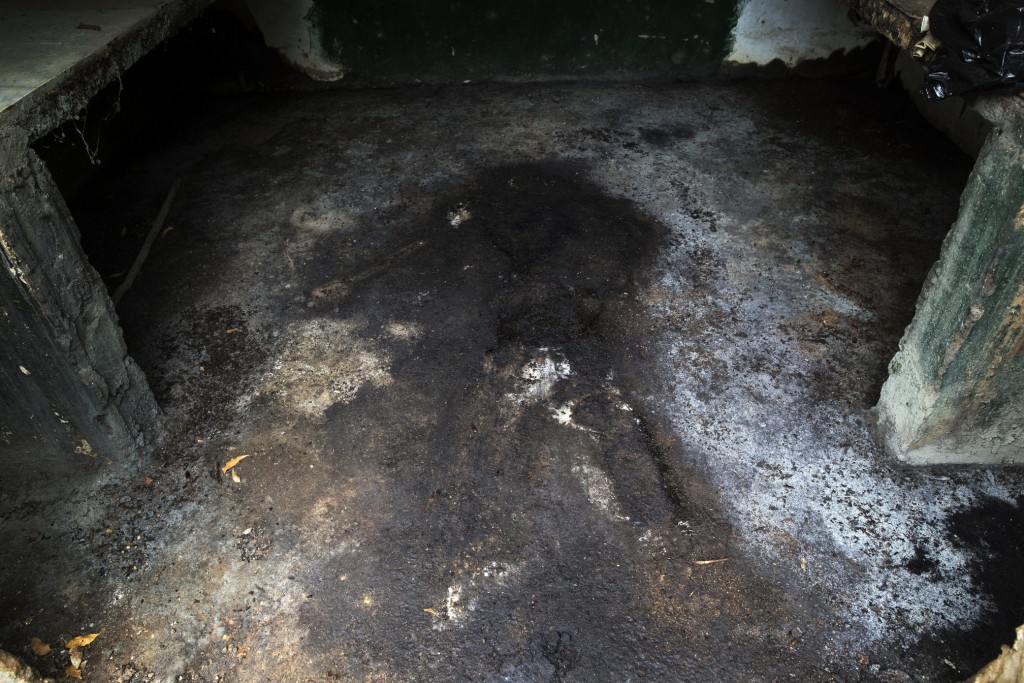 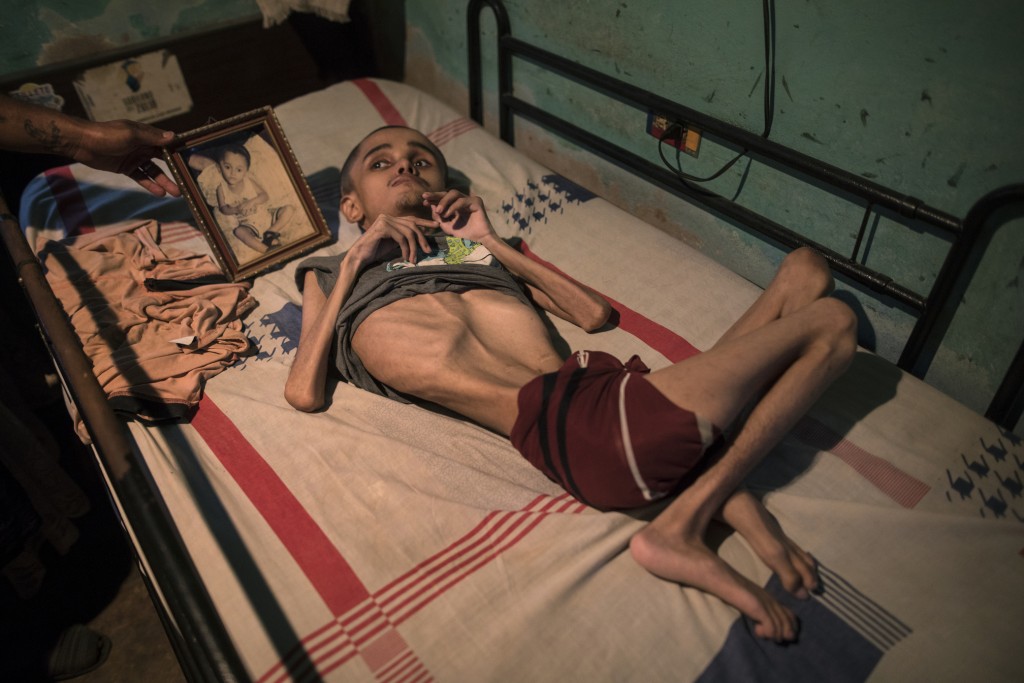 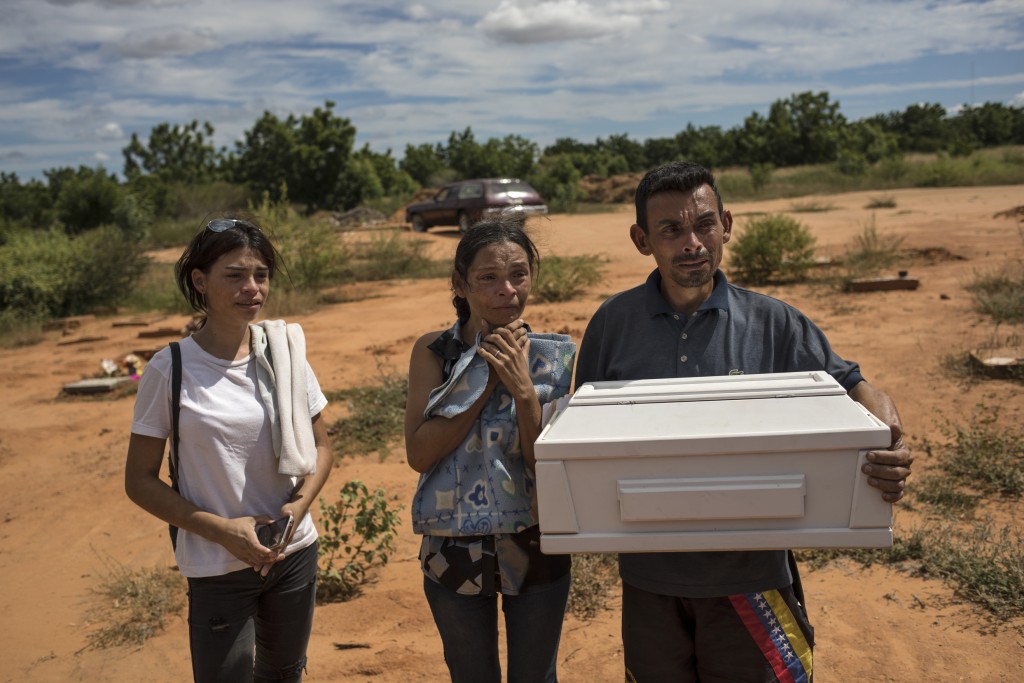 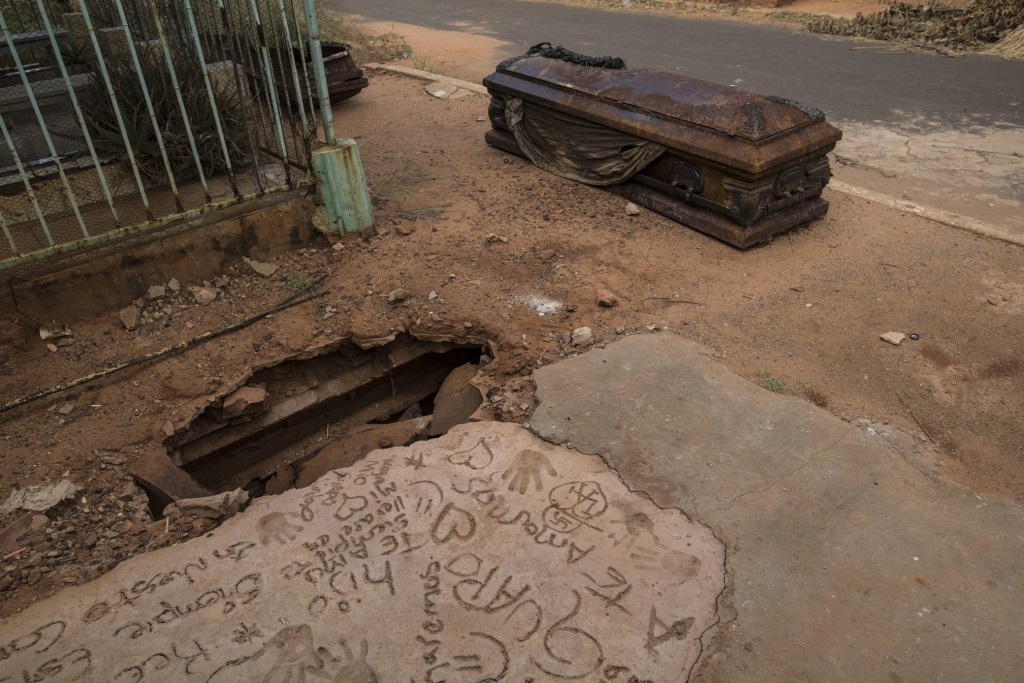 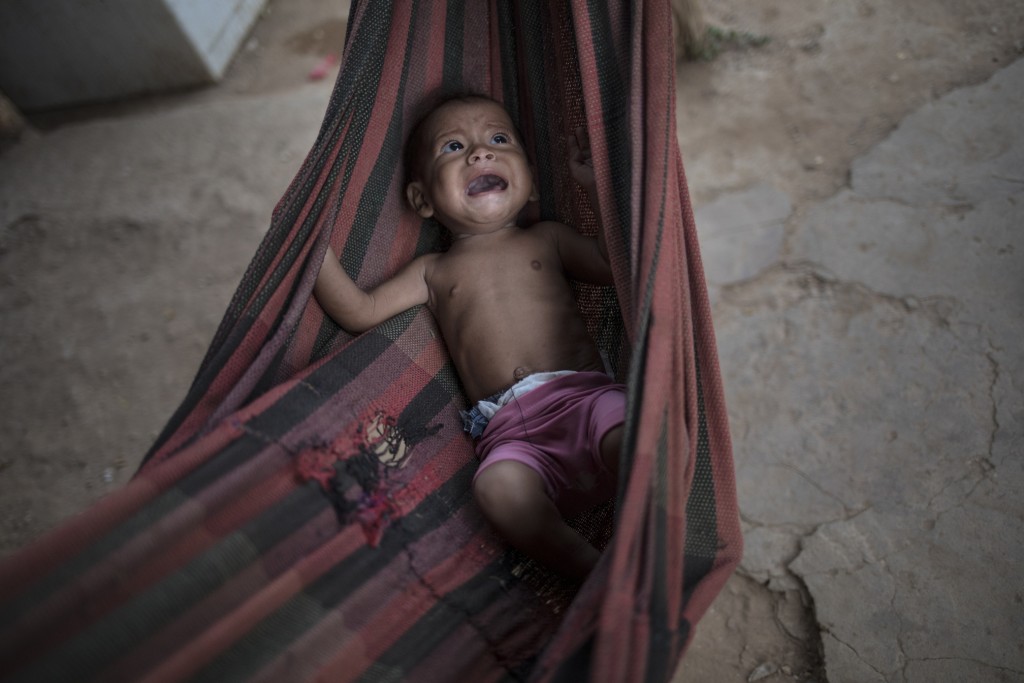 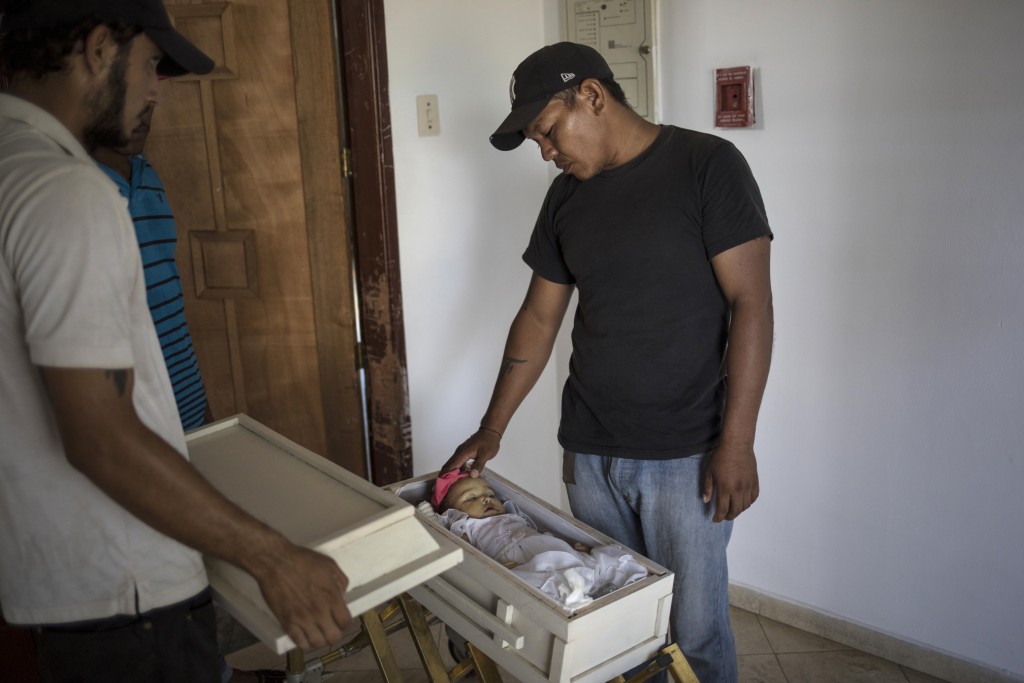 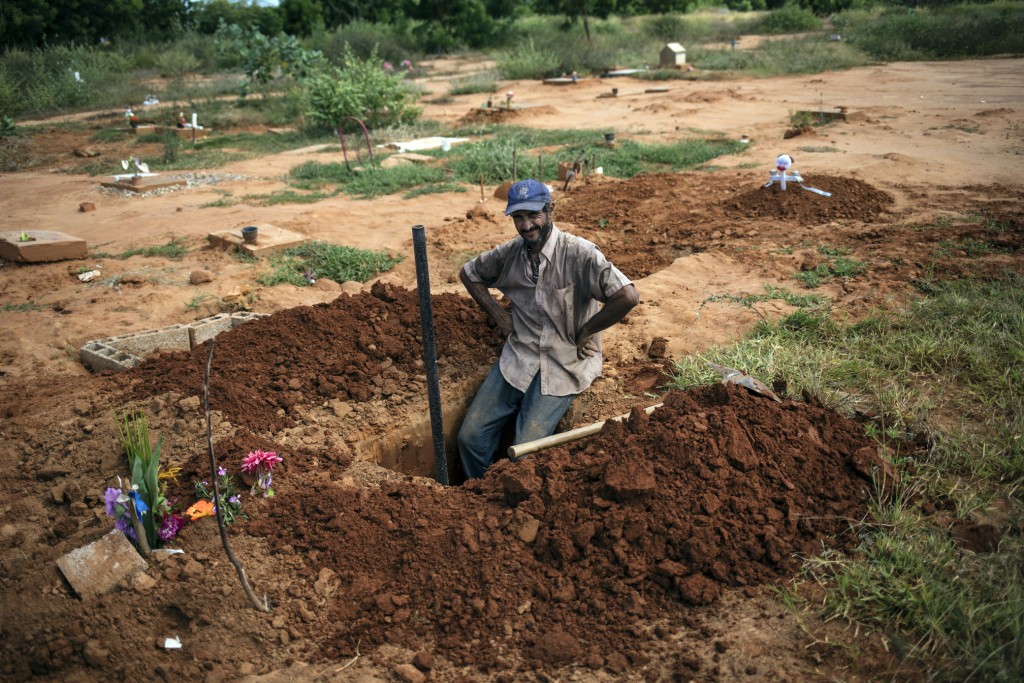 MARACAIBO, Venezuela (AP) — The last time anybody in Nerio García’s family heard his voice was on a crackly call from jail outside Maracaibo, Venezuela’s second city. He called from a borrowed cellphone, pleading to his brother for help.

“Tell Mother to bring me some food,” García, 29, said in the 2 a.m. call, relatives later recounted.

Another call from a fellow inmate said García had stolen a gun and escaped, drawing his mother, Juana Castillo, to the overcrowded jail in Cabimas. She was desperate for answers, but was instead told to go looking on the shoreline of nearby Lake Maracaibo. There, she found him shot between the eyes and floating in the water.

“I'm desperate,” Castillo told The Associated Press, while with her son's body at a morgue near the jail. “I want to take my son home to bury him near me.”

While the family may never know the truth of his death, the grisly discovery set the grief-stricken mother on a scramble to rescue her son's body from the water and to find enough money to bury him.

Death has become an overwhelming financial burden for many of Venezuela’s poorest, who already struggle to find dignity in life. They scrape together food and shelter needed to get through each day, and a relative's death can become the breaking point.

The cost of transporting a body and buying a casket and burial plot for a funeral can run into the hundreds of dollars, or more. In Venezuela, most earn the minimum wage of roughly $3 a month as hyperinflation devours pay.

Some overcome the financial burden of a relative's death by renting caskets, a cheaper option than buying. Others turn to amateur morticians, who embalm bodies at home and convert wooden furniture into coffins.

For many in Maracaibo, Venezuela's economic crash in the last five years hit especially hard. Once a center of the nation's vast oil wealth, production under two decades of socialist rule has plummeted to a fraction of its high, taking down residents' standard of living.

Opposition leader Juan Guaidó this year launched a campaign promising to oust President Nicolás Maduro and return the nation to its bygone prosperity. While the power struggle plays out, millions of Venezuelans remain caught in the middle. The poor and wealthy alike in Maracaibo live with rationed electricity, and despite the region's abundant oil, they often wait in line for days to gas up their cars.

Among life's struggles, too often comes the need to provide a relative with a funeral.

Community activist Carolina Leal has assumed the role of funeral director in her poor and often violent Maracaibo neighborhood of Altos de Milagro Norte, hoping to rid families of unnecessary misery she has seen too many times.

Leal said police only enter when they are coming to mete out deadly street justice, while too many others die from long, agonizing illnesses such as AIDS and tuberculosis. She has also witnessed deaths from malnutrition and poisoning from people eating garbage in the street.

“This slum here has turned into a living hell,” Leal said. “Some bodies were decomposing at home because officials we asked didn’t help. It’s infuriating.”

Leal has formed a team with two other neighbors who employ their unique skills to bring dignity to the dead. One busy month recently, Leal said she oversaw 12 funerals.

Upon learning of a death, carpenter Arturo Vielma visits the mourning family´s home, asking what wooden furniture, like a table or standalone closet, they can spare for him to build a casket.

Roberto Molero next comes to embalm the body with no training other than seeing it done during a decade that he worked as a driver at a funeral home. This gives families time to mourn and come up with money while they make funeral arrangements before the body decomposes.

Molero's kit includes a sewing needle and thread to stitch together faces of those killed in violent clashes with police. He charges the equivalent of $5.

“Not everyone can pay that, so some I've let go for free,” Molero said. “What are you going to do if we grew up together?”

Leal’s contribution stems from her former role as a socialist party enforcer. She says she has abandoned a violent past, but isn't shy about cajoling officials at the mayor’s office to provide a burial place. Once, she pressed her point by bringing a coffin to city hall until officials found a grave site.

Funeral homes in Maracaibo said that in the last two years they have started renting caskets to families for $50. The family returns the casket and sends their loved one's body to be cremated, making it dramatically cheaper than buying a coffin for $100 to $300.

Furniture maker Sergio Morales for years crafted tables, chairs, bed frames and night dressers, but as Venezuela's crisis deepened, he began using the same wood, nails and glue to build simple wooden caskets for less than $100. They are on display outside on the street.

When families cannot afford headstones for loved ones at the Maracaibo public cemetery, each rain storm erases any sign of a fresh grave, making it impossible for them to find their loved one's plot when they return.

García's mother described how she put aside an urge to find justice for her son's death and focused rather on how she would rescue his body and bury it. With help at the lake shore, they tied him to a tree so he didn't drift away, and next told police, who pulled the body from the water and delivered it to the morgue. The autopsy showed he was shot in the head and also in the back.

García had been jailed for two years following a family feud and was expected to go free just days after being shot in the jail, his attorney said. Instead, his mother and siblings set out borrowing money from neighbors to cover the funeral expenses.

They finally brought him home to a poor Maracaibo neighborhood, where the family lives in a half-built shack made of cinder blocks. It's only partially covered by a roof and lacks glass for the windows.

They mourned over the casket, placing a plastic bottle on the ground, scrawled with the word “donations.” Incense burned to mask the smell, and his sisters took turns shooing away flies drawn to the decomposing body.

At the cemetery, they lowered the casket into a donated burial plot. His mother, shaky on her legs, stepped to the grave and placed inside three small loaves of bread and a malt drink.

She said this was her way of feeding her son, satisfying the hunger he had cried about in his final call home hours before his death.