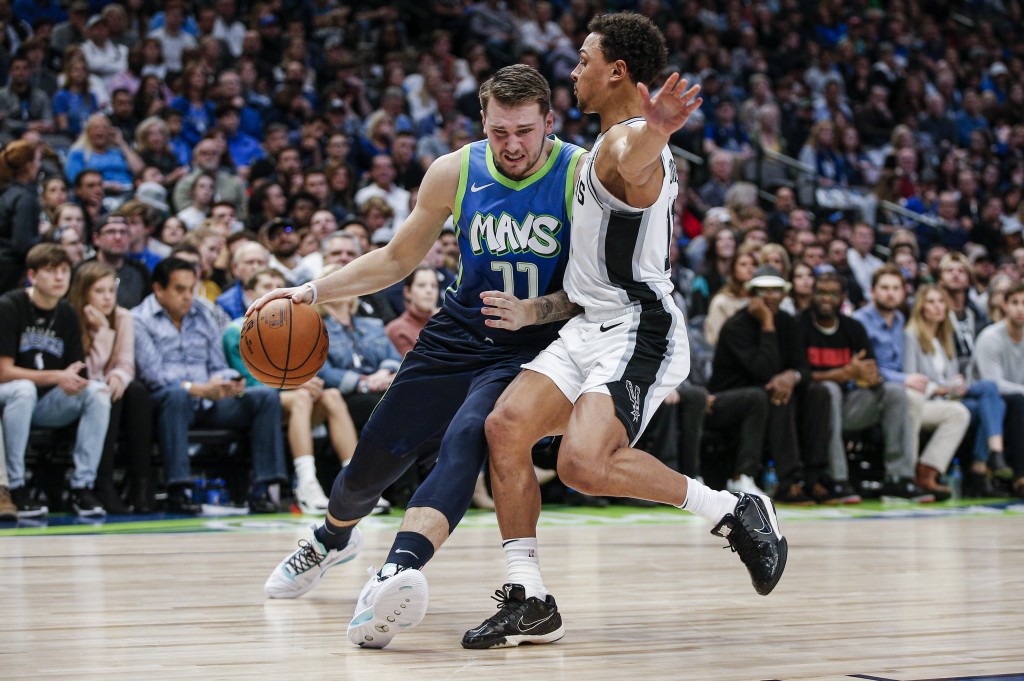 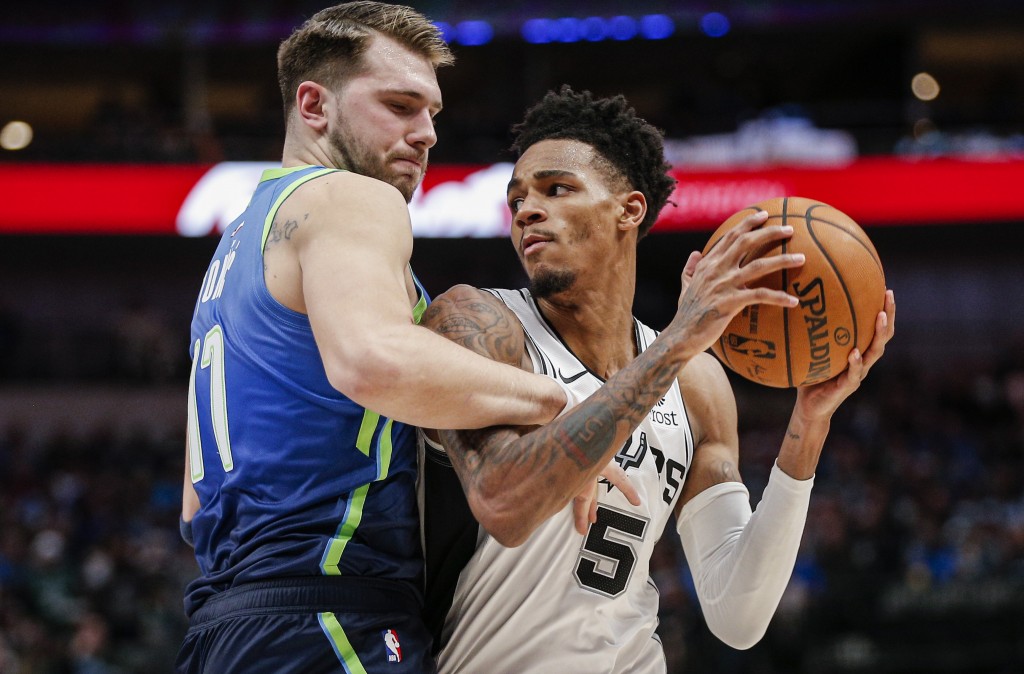 DALLAS (AP) — Luka Doncic returned to the Dallas lineup after missing four games due to injury and scored 24 points, helping the Mavericks beat the San Antonio Spurs 102-98 on Thursday night.

Doncic finished with 10 rebounds and eight assists and barely missed adding to his NBA-leading total of eight triple doubles. He last played on Dec. 14 against Miami, when he sprained his right ankle.

San Antonio rallied from a 102-85 deficit by scoring the game’s final 13 points. After Doncic missed two free throws, the Spurs’ Derrick White missed a 3-point attempt with six seconds left and Doncic got the rebound.

The Mavericks (20-10) pulled within half a game of idle first-place Houston in the Southwest Division.

Tim Hardaway Jr. scored 17 points, Kristaps Porzingis and Dorian Finney-Smith each had 13, and Delon Wright added 12 off the bench. Dwight Powell’s 11 points all came in the first half.

DeMar DeRozan led San Antonio with 21 points, 16 in the second half. Rudy Gay scored 18, LaMarcus Aldridge had 17 and White finished with 10.

NEW YORK (AP) — Julius Randle had 33 points and eight rebounds, and the Knicks forced the Nets into the worst shooting performance in the NBA this season.

Brooklyn finished 21 of 78 (26.9%) from the field. Chicago had the previous worst shooting game this season when it hit 29.9% against Toronto exactly two months earlier.

Marcus Morris added 22 points and eight rebounds for the Knicks, who snapped a three-game losing streak. Elfrid Payton scored 13 points as New York won for the first time in three meetings with Brooklyn this season.

Spencer Dinwiddie scored 25 points but was only 5 for 15 for the Nets.

DETROIT (AP) — Blake Griffin had 14 points and a season-high 11 rebounds and Detroit routed Washington in a matchup of short-handed teams.

The Pistons were missing Reggie Jackson (back) and Luke Kennard (knee), while Griffin, Bruce Brown and Derrick Rose played through injuries.

Anzejs Pasecniks scored a career-high 17 in his fifth NBA game to lead the Wizards. Bradley Beal had 15 points.

OKLAHOMA CITY (AP) — Jonas Valanciunas scored 21 points, Jaren Jackson Jr. added 20 and Memphis held on to the lead this time against Oklahoma City in the second meeting between the teams in eight days.

Tyus Jones added 15 points on 6-of-7 shooting for Memphis, which blew a 24-point third-quarter lead during its last visit to Oklahoma City on Dec. 18 and lost 126-122.

That started a stretch in which the Grizzles dropped three out of four games.

Brandon Clarke scored 15 points for Memphis, going 6 of 7 from the floor.